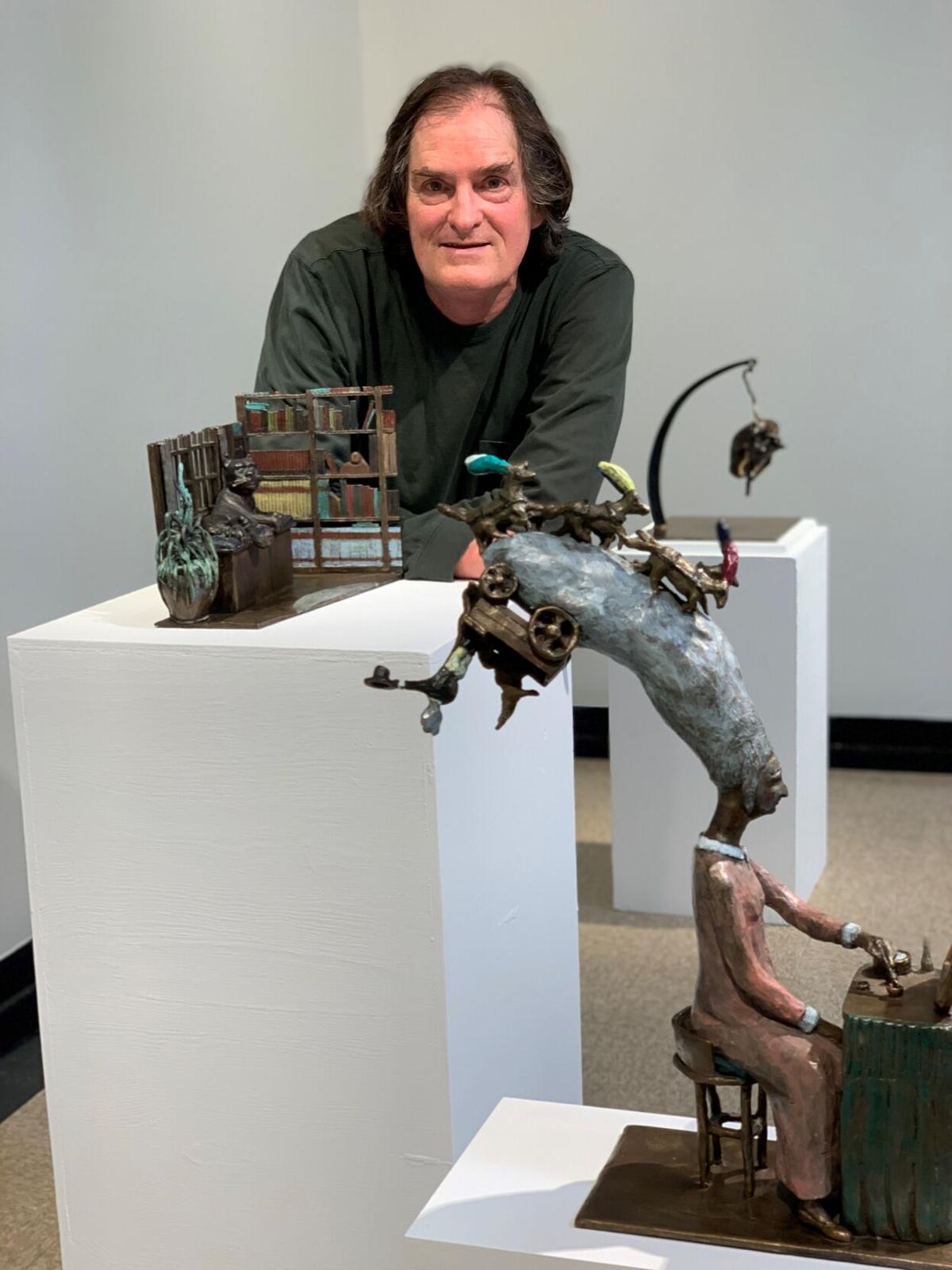 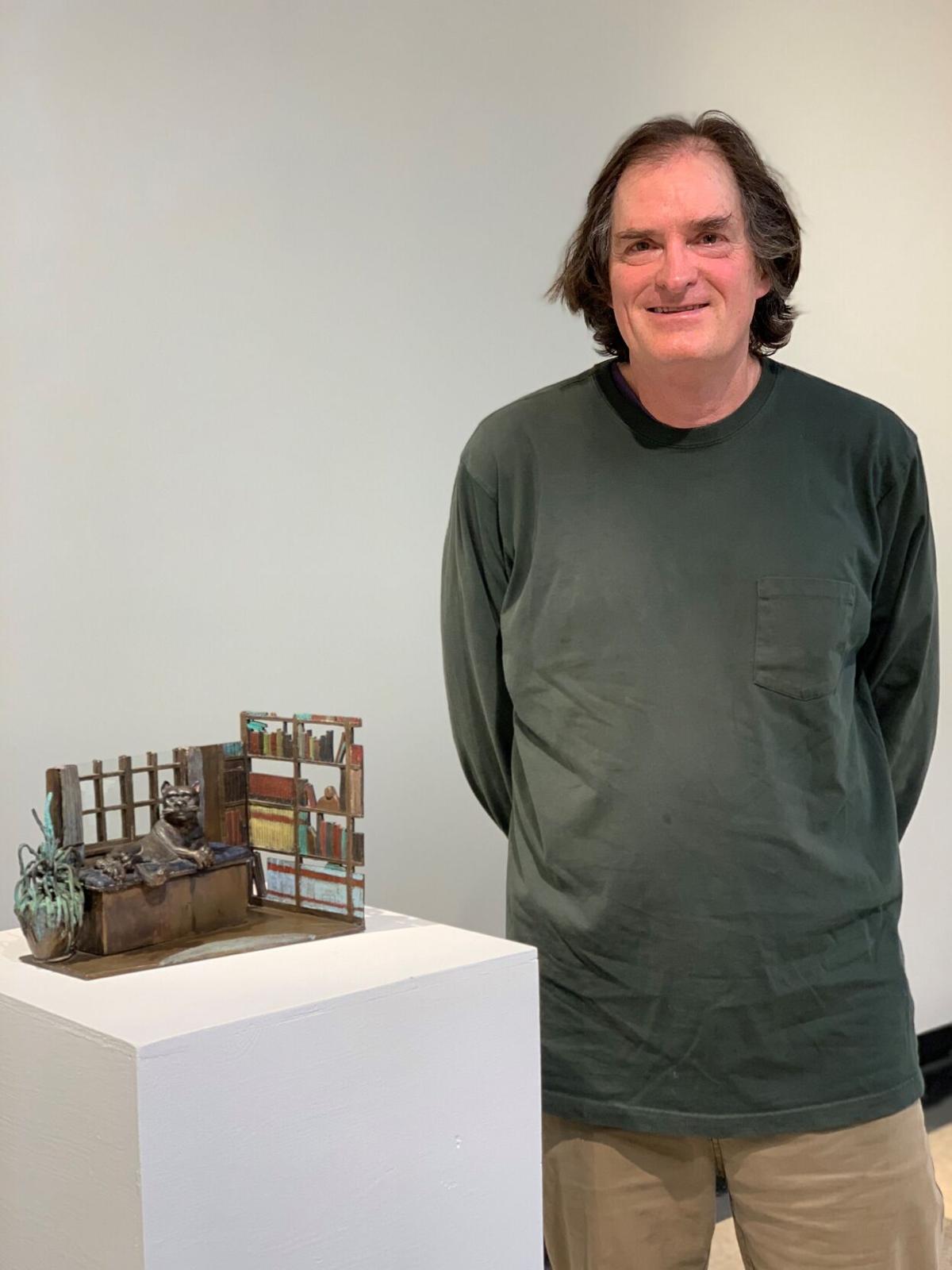 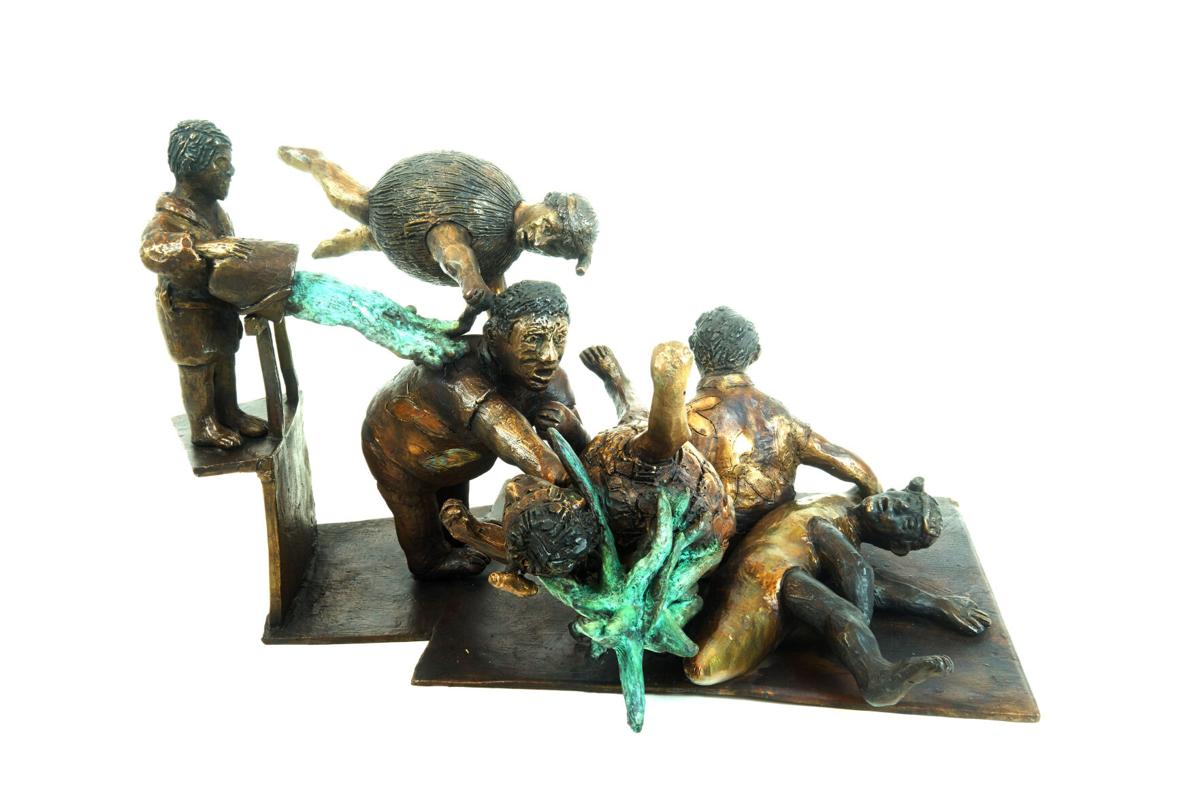 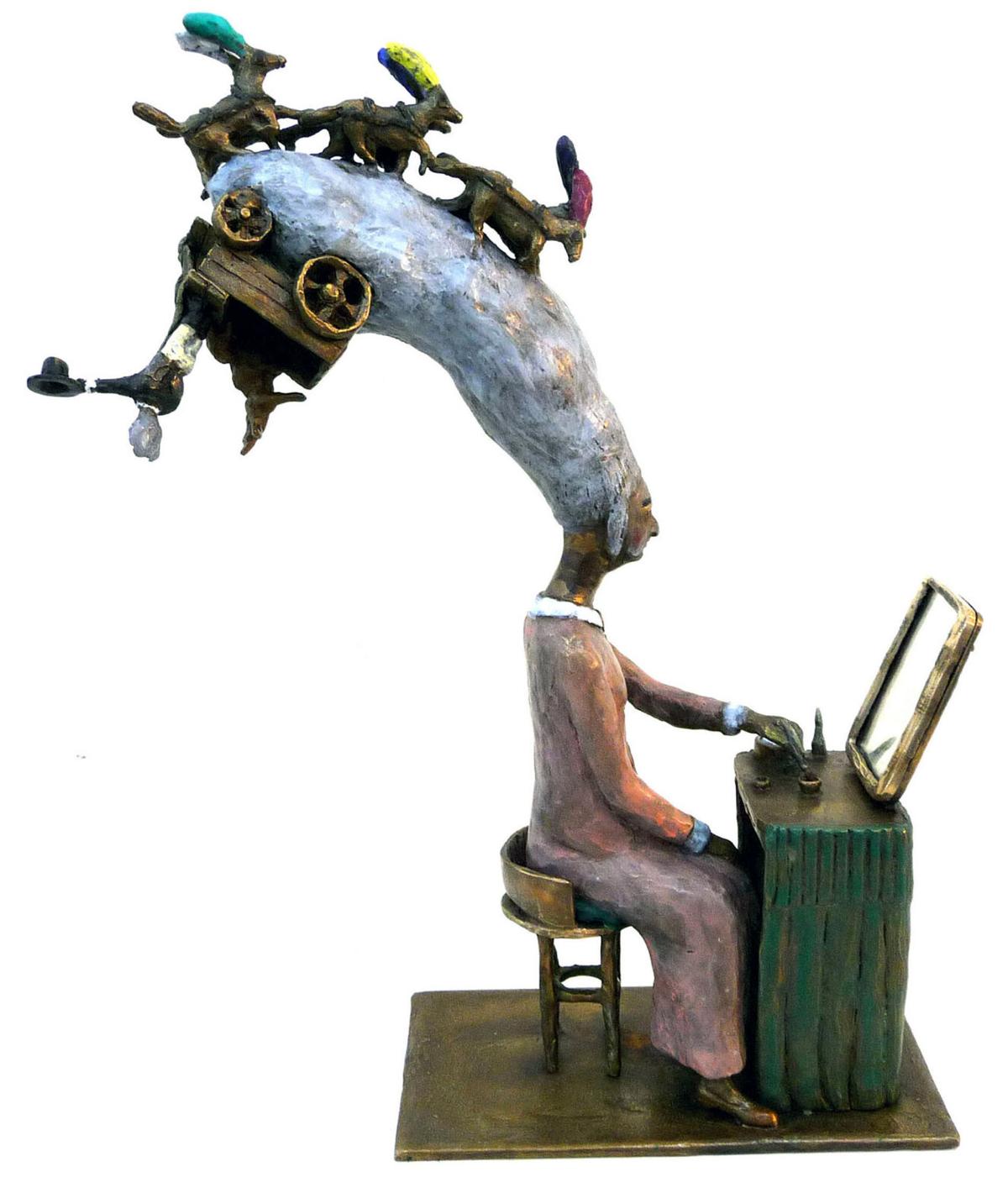 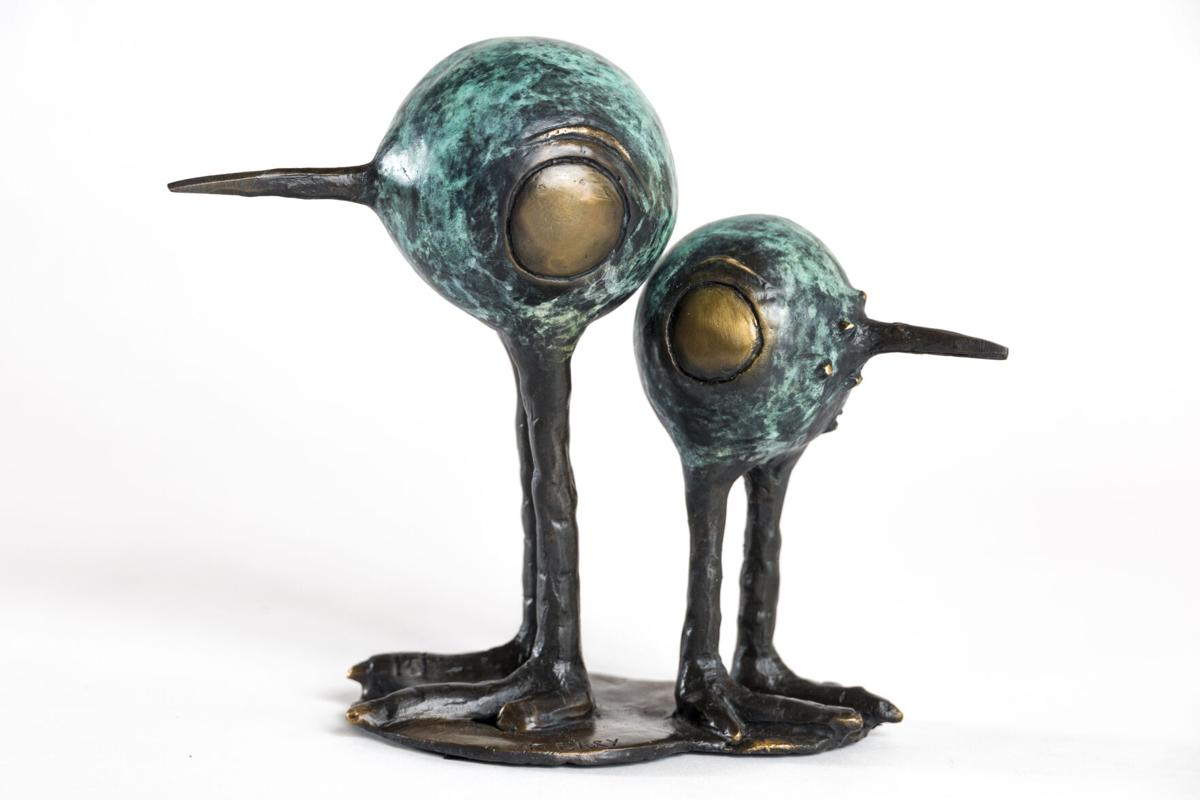 Kerry Cannon’s “The Teenager” bronze sculpture by Kerry Cannon. “A Happy Life, An Unhappy Life” exhibit will be shown at the Nave Museum through Dec. 26. 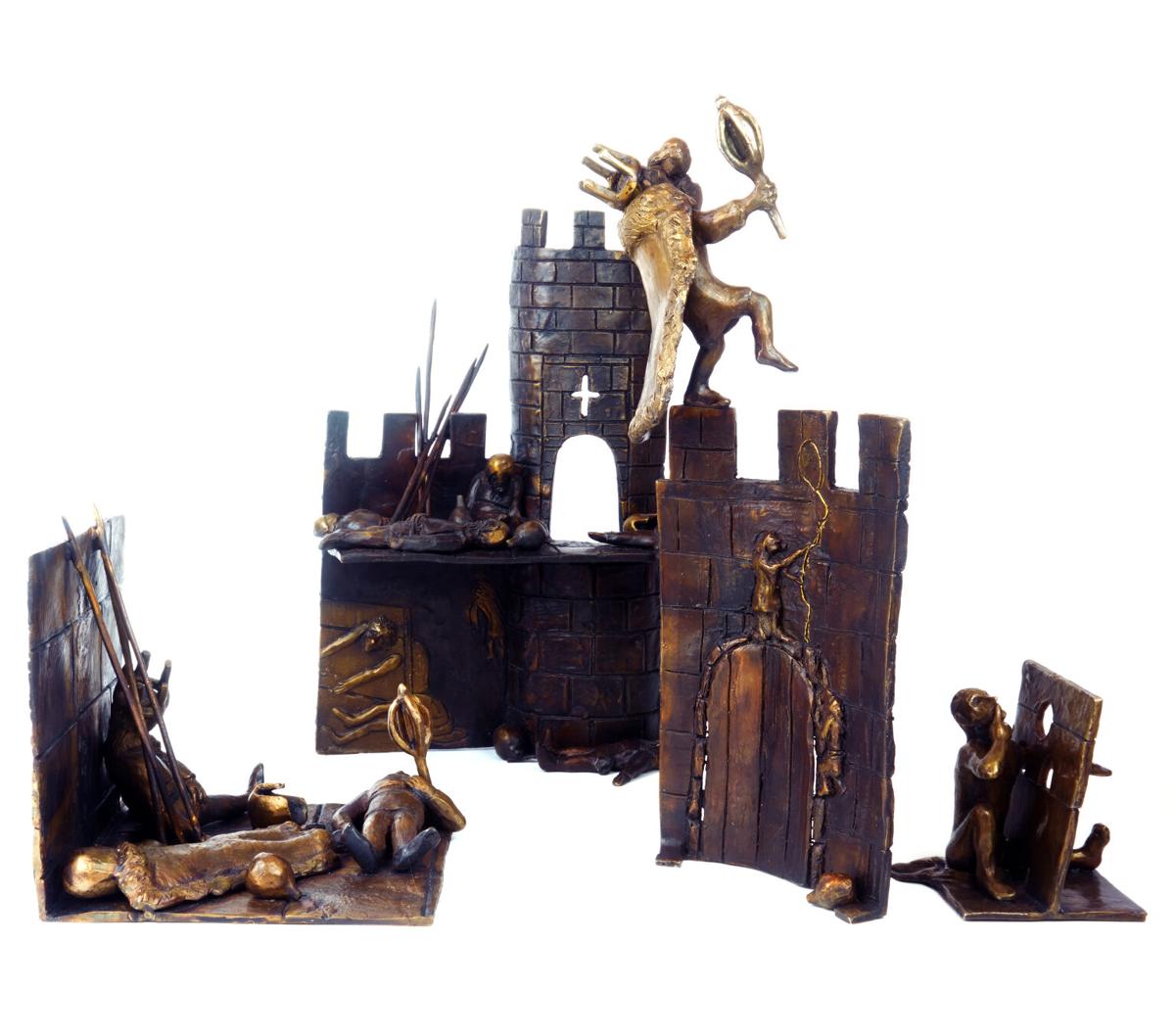 Kerry Cannon’s “The Teenager” bronze sculpture by Kerry Cannon. “A Happy Life, An Unhappy Life” exhibit will be shown at the Nave Museum through Dec. 26.

Crossroads residents can delve into parallel lives depicted by bronze sculptures in “A Happy Life, An Unhappy Life,” an exhibit of work created by Kerry Cannon, at the Nave Museum Friday through Dec. 26.

Cannon, 63, a full-time artist for the last 20 years, lives between Australia and Tucson, Ariz., but has ties to the Victoria area and the Nave Museum. He is the great-grandson of James Ferdinand McCan, the first husband of Emma Nave, who later married Royston Nave. Emma Nave built the Nave Museum in honor of her second husband after his death.

“We are always looking to fill the museum space with exhibits that create experiences from meaningful context,” said Ernesto Perez, president of the museum’s board of directors. “Mr. Cannon is a natural storyteller and wanted to give our members and the community an opportunity to view his latest bronze series.”

For Cannon, the story is almost as important as the art.

His most recent bronze series tells a science fiction story that is adapted from Victor Hugo’s “Hunchback of Notre-Dame.”

Two baby boys are born simultaneously — one in medieval times and the other in modern times. From their young days until they grow into young adults, the two are vaguely aware of each other. With similar adventures, their lives run parallel until the medieval young man dies followed by the modern young man, and the two meet in death.

The modern young man’s wife goes into labor brought on by the trauma of witnessing her husband experience a heart attack. Through the miracle of modern medicine, the modern young man is revived. His heart operation is successful, and his wife delivers a healthy baby boy without complications. The spirit of the medieval young man watches as all of this plays out. The medieval spirit then possesses the newborn boy, and the two young men begin living together in the same time period.

This is Cannon’s second show at the Nave Museum. His first, “Bronze Rave at the Nave,” featured his “Alchemy” series in September 2010. About three yeas ago, representatives from the Nave approached Cannon with the idea for another show, and he worked on the current series for about two years in two inspiring locations. In Australia, Cannon works in an open studio where parrots flutter around. A 6-foot goanna, which is a giant lizard, has even visited him while he was working. In Tucson, he works on a veranda that overlooks the expansive Sonoran Desert spotted with its distinctive saguaro cacti.

With this series and others, Cannon is unlike most bronze sculptors who make molds and produce numerous copies of their works. He produces single sculptures using lost wax casting, which is a method that was used by the ancient Greeks. For this reason, much of his work is unique. That said, some of the works featured in the show that are not part of the series have as many as four copies.

Cannon has shown his work around the world, from China and Italy to London and Australia. In the United States, his work has been featured in shows in Los Angeles, New York, Tucson, Colorado and Texas. Cannon also created a park, Ceramic Break Sculpture Park in Australia, which sits on about 100 acres and features three art galleries. The exhibits, which feature mainly two-dimensional works by different artists, change four to five times per year. As a motivated, full-time artist, Cannon produces a couple of sculptures for his park and a series every year, and he travels around to numerous shows and contests.

“We invite the public to visually travel back and forth in time through Mr. Cannon’s bronze compositions, and question what really makes a happy/unhappy life,” Perez said.

What: "A Happy Life, An Unhappy Life" by Kerry Cannon

More information: The museum is open noon-5 p.m. Thursday and Friday; noon-4 p.m. Saturday and Sunday. Admission is always free, but donations are gladly accepted. Call 361-575-8228 for information about memberships.