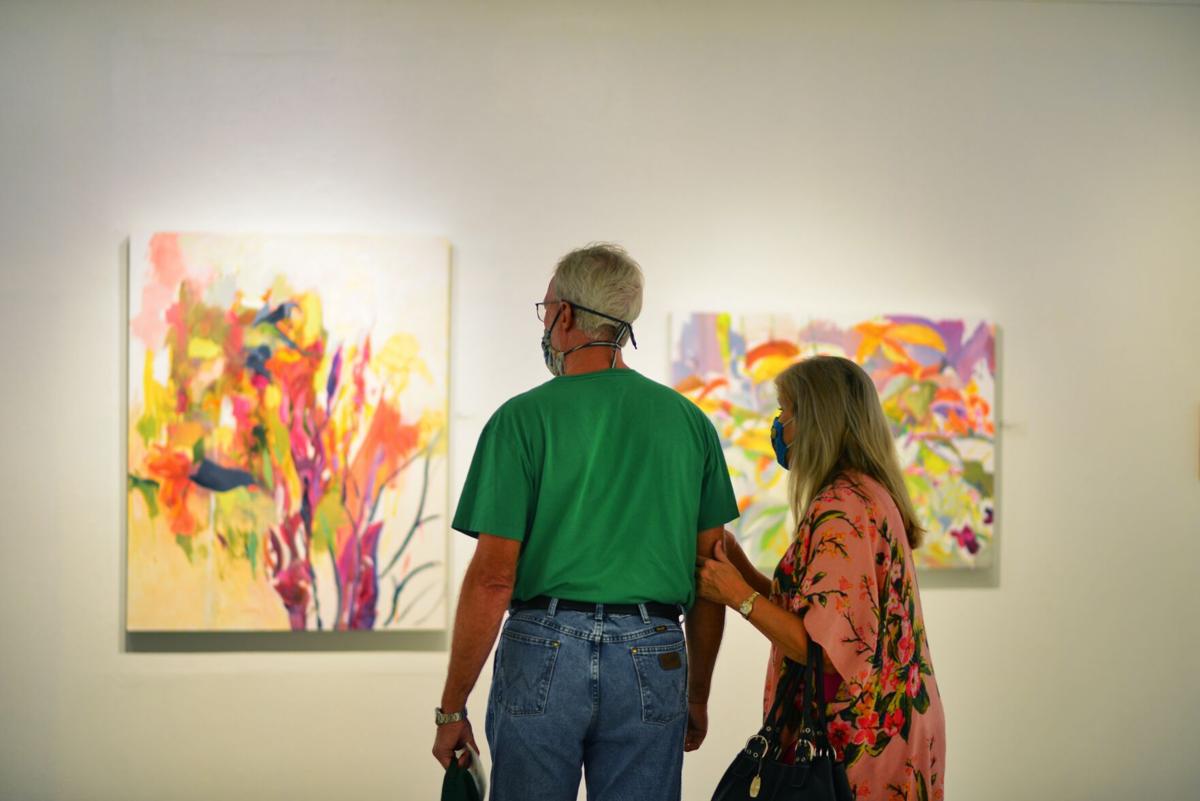 A couple peruses the “Beyond the Backdoor” exhibit at the Nave Museum. 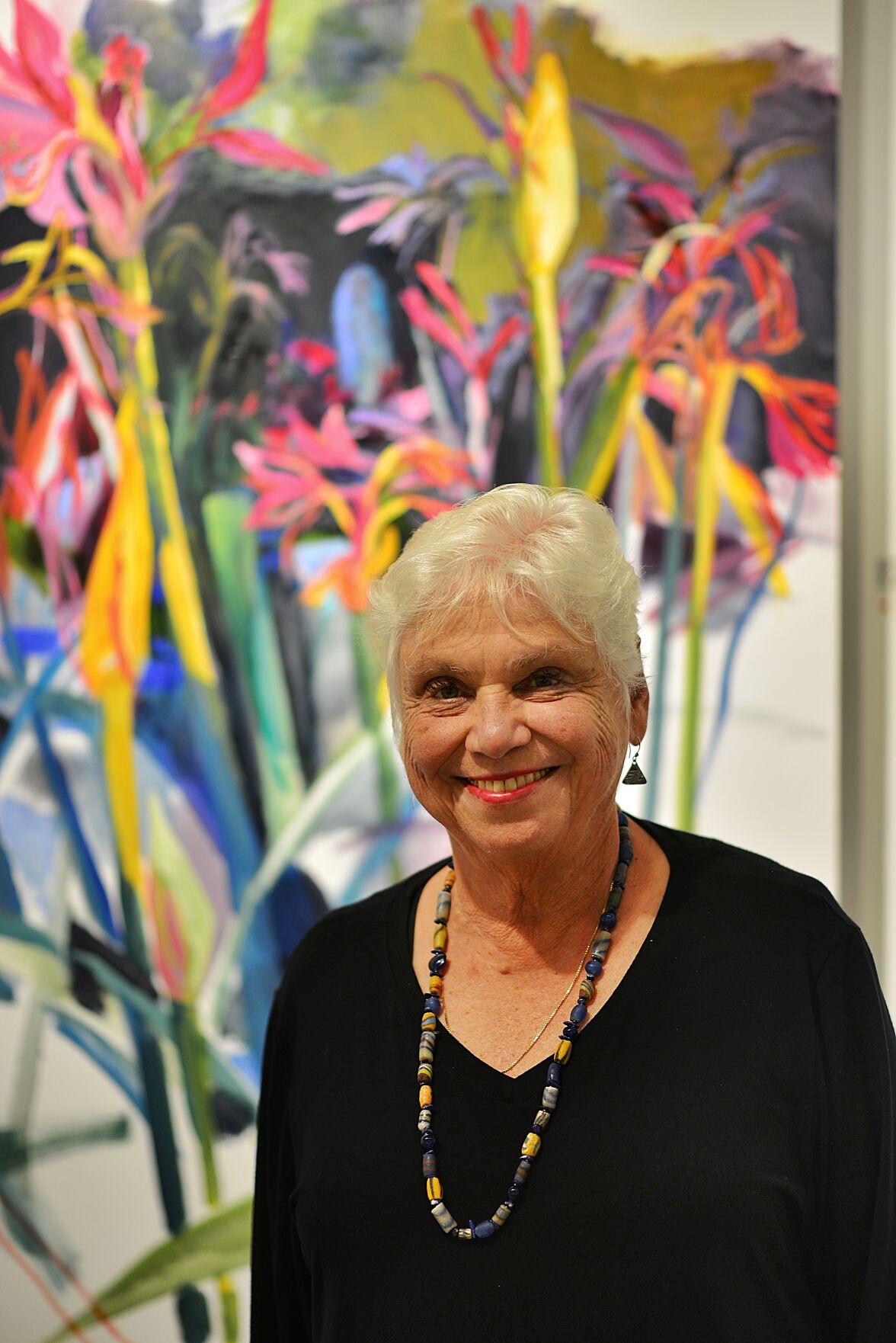 Carol Koutnik poses for a photograph in front of one of her paintings at the Nave Museum. 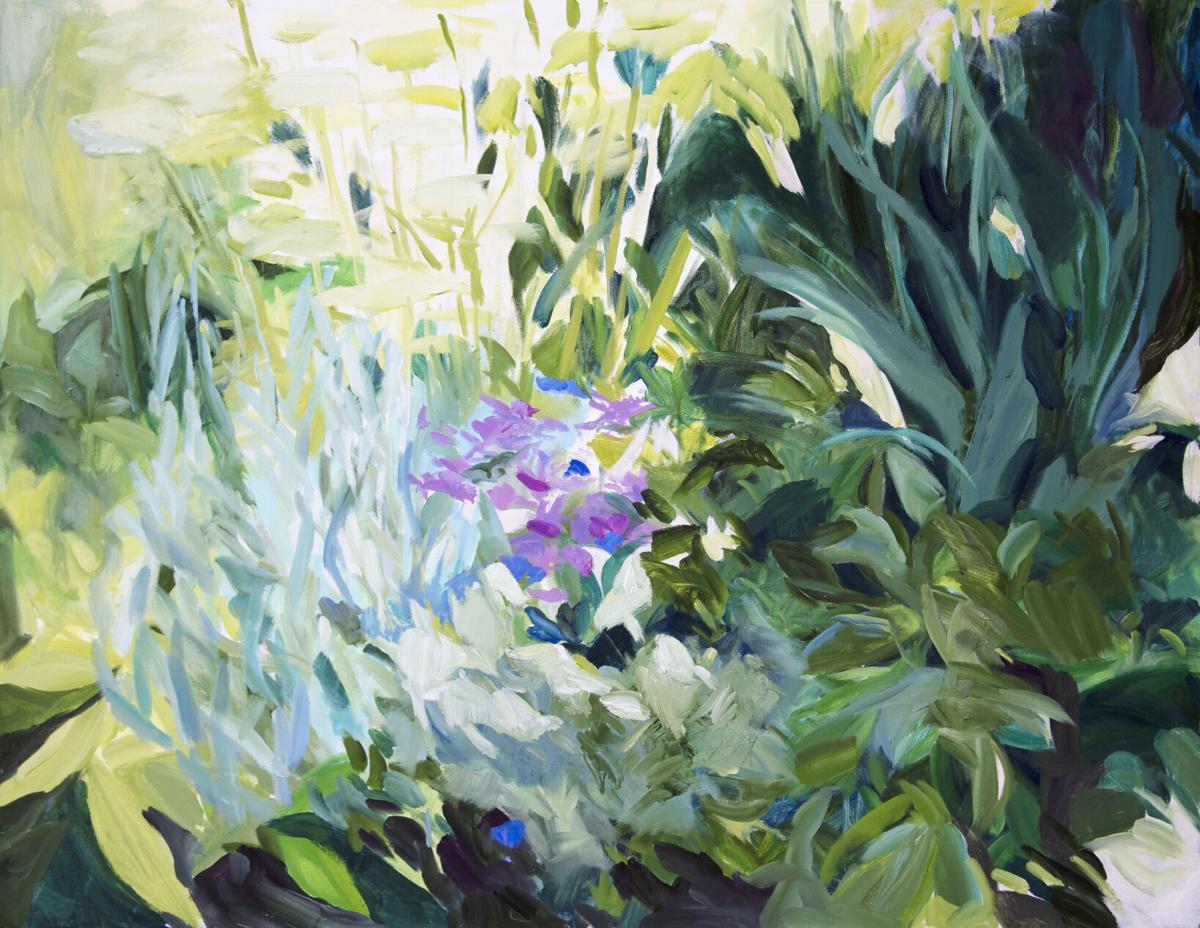 A painting by Carol Koutnik.

A couple peruses the “Beyond the Backdoor” exhibit at the Nave Museum.

Carol Koutnik poses for a photograph in front of one of her paintings at the Nave Museum.

A painting by Carol Koutnik.

The Nave Museum has been transformed into a beautiful garden with its new exhibit “Beyond the Backdoor.”

The artist, Carol Koutnik, who is originally from Chicago, has lived in Rockport since 1998. Before that, she lived around the world in places such as Germany, Saudi Arabia and numerous states in the United States with her husband who was an oral surgeon with the Air Force.

She took art classes from various instructors during all of those years. But, art was instilled in her by her mother who also was an artist. Koutnik has been practicing art since she was a young child.

Koutnik was asked to make a proposal for an exhibit at the Nave Museum after members of the museum saw her work in a one-person exhibit, “Fantastic Garden,” which focused on cabbages, at the Rockport Center for the Arts.

Tina Wayne went to the show after receiving a painting of her home done by Koutnik for having opened her home for the home tour in Rockport. Jill Fox, who was on the exhibits committee for the Nave at the time, went with her.

The exhibit is inspired by Koutnik’s garden, which was transformed from a shady paradise into a sunny yard when Hurricane Harvey uprooted several large trees. But it took more than just her garden to fill the Nave Museum over the course of three years of preparing for the exhibit, and connections helped her find other local gardens for inspiration.

“I was amazed by all the connections,” Koutnik said.

Koutnik’s sister called from Colorado with the name of someone with ties to Victoria who could help her find other gardens. That person happened to be Sue McCan Cannon who lived in Colorado but had roots in McFaddin. Coincidentally, the Nave Museum was built by Cannon’s grandmother to house her grandfather’s work.

Cannon referred Koutnik to Suzanne LeBrecque who shared the Victoria County Master Gardeners’ garden with her.

The personal garden of Linda Elmore also inspired her work, along with the garden belonging to Gary Dunnam and Sharon Steen.

Koutnik enjoyed the opportunity to get to know these gardeners, as well.

“My garden was destroyed by Hurricane Harvey, and in that change, I also experimented and changed with my painting style,” Koutnik said. “I experimented with canvas size and the way I applied the paint, moving more toward the abstract and utilizing drawing, of which I’m the best at, and open space in large oil paintings.”

In experimenting with various painting styles, Koutnik said she began to feel more authentic in her work.

“It’s what feels good for me,” she said. “And that’s why there’s more instinct and impulse to use big brushstrokes that look more like drawing with color. I’m very excited to be able to work for three years on one subject.”

Koutnik did some drawing on location, but mainly took lots of photographs from which to work. During the process of painting, she even combined a few photographs.

“It always ended up being my own style, not a photographic painting,” she said. “When I talked to them (the owners of the gardens), I told them they would not recognize their gardens. I used them as inspiration to take off on my own experiments.”

Koutnik intentionally wanted to create paintings that were joyful.

“In this time in our lives in our country, I didn’t want to center on politics or statements, I wanted it to be joyful relaxation, knowing how beneficial that is to our psyche,” she said.

Of the exhibit’s 56 works of art, mostly oil paintings and a few graphite drawings, 22 have already sold. The remainder are for sale.

“The paintings are bright and colorful, and they are all about backyard gardens. As she has worked on the exhibit, some faithful followers have bought them. The paint had not even dried. She has a good following of folks in Rockport,” said Diana Kallus, operations manager for the Nave. “She (Koutnik) loves to paint gardens because there is room for interpretation. She has brought a lot of color to the museum.”

What: "Beyond the Backdoor" featuring the work of Carol Koutnik