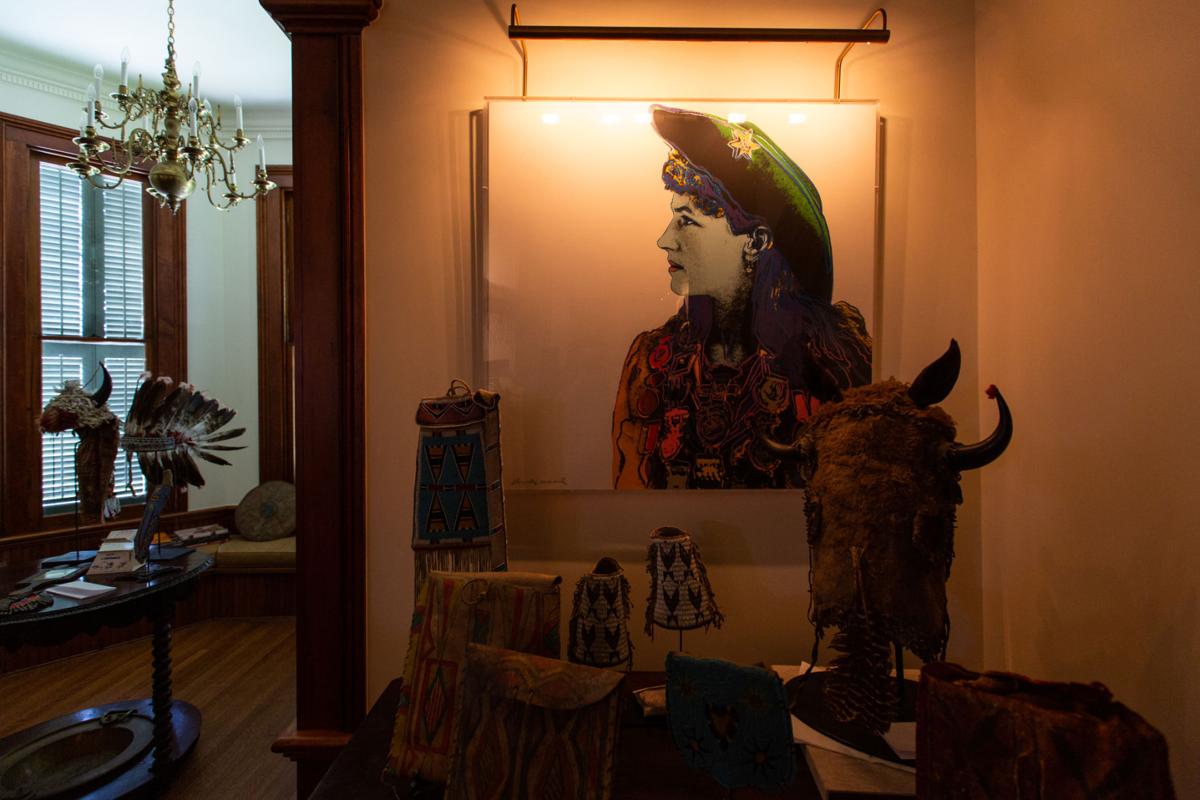 Andy Warhol’s “Annie Oakley” hangs on the wall of a Cuero resident’s private collection. The Chisholm Trail Heritage Museum will feature Warhol’s “Cowboys and Indians” series, among other artist’s works Oct. 11 to Nov. 17. 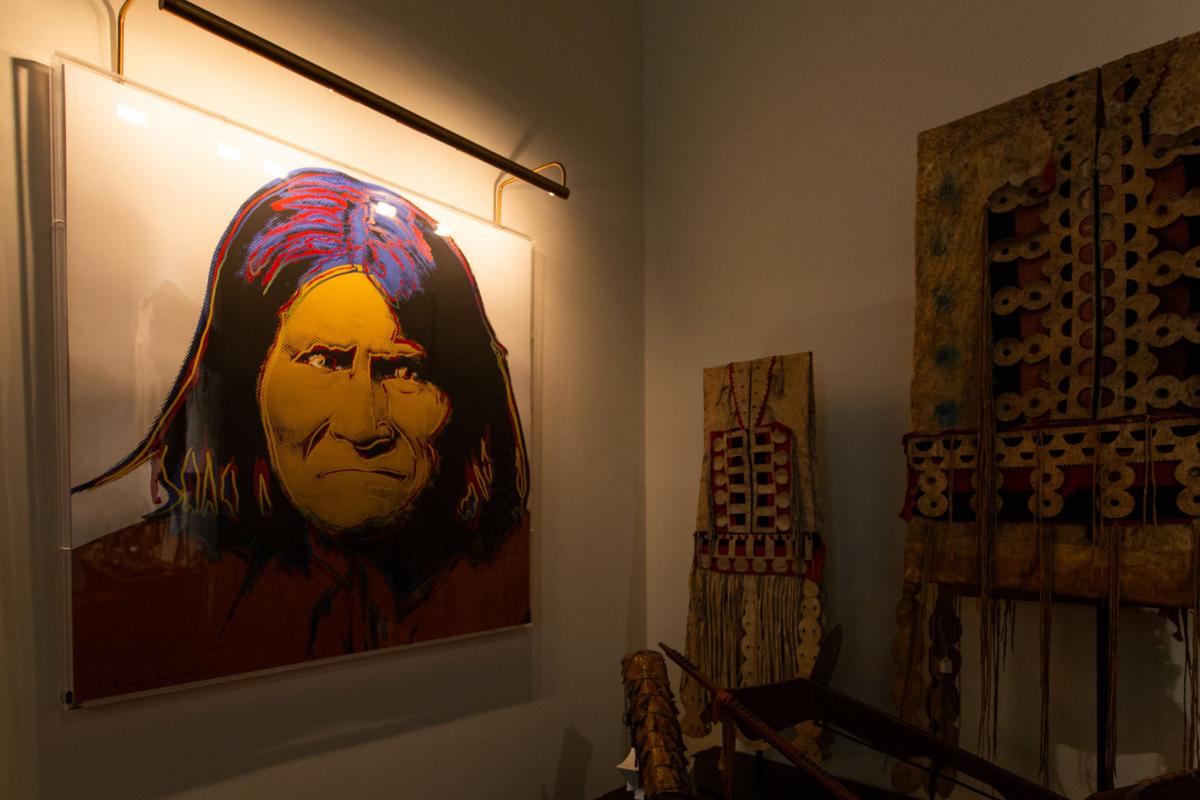 Andy Warhol’s “Geronimo” hangs on the wall in a Cuero resident’s private collection. The Chisholm Trail Heritage Museum will feature Warhol’s “Cowboys and Indians” series, among other artist’s works Oct. 11 to Nov. 17. 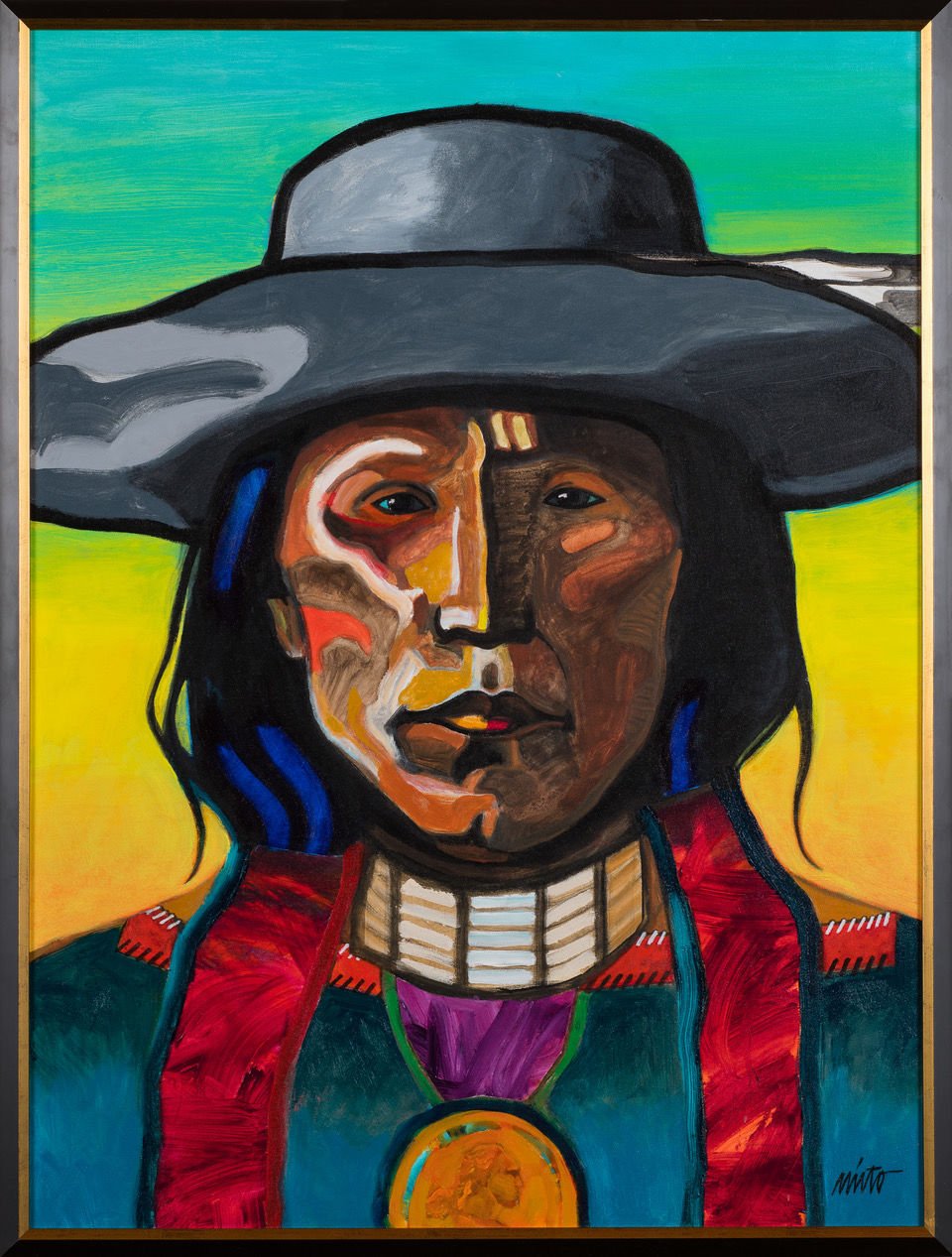 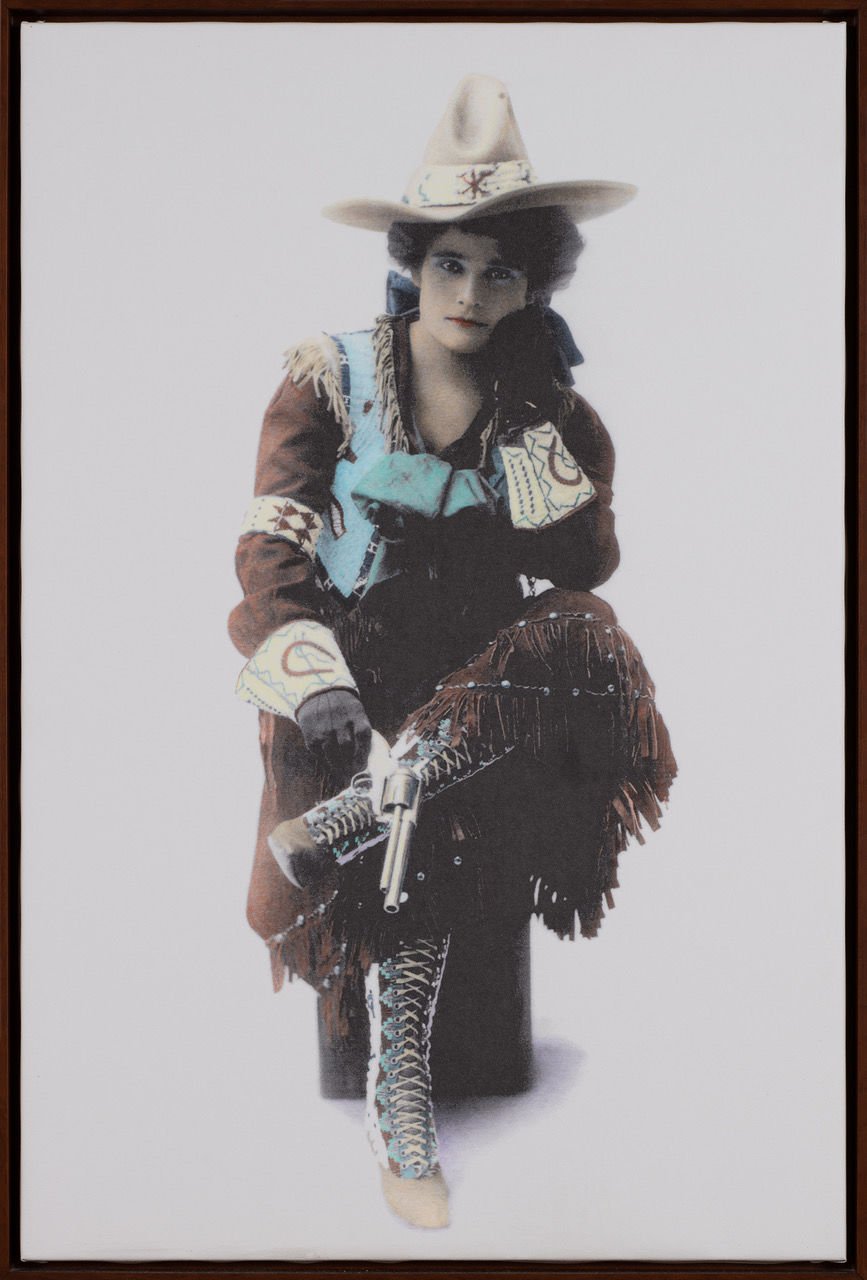 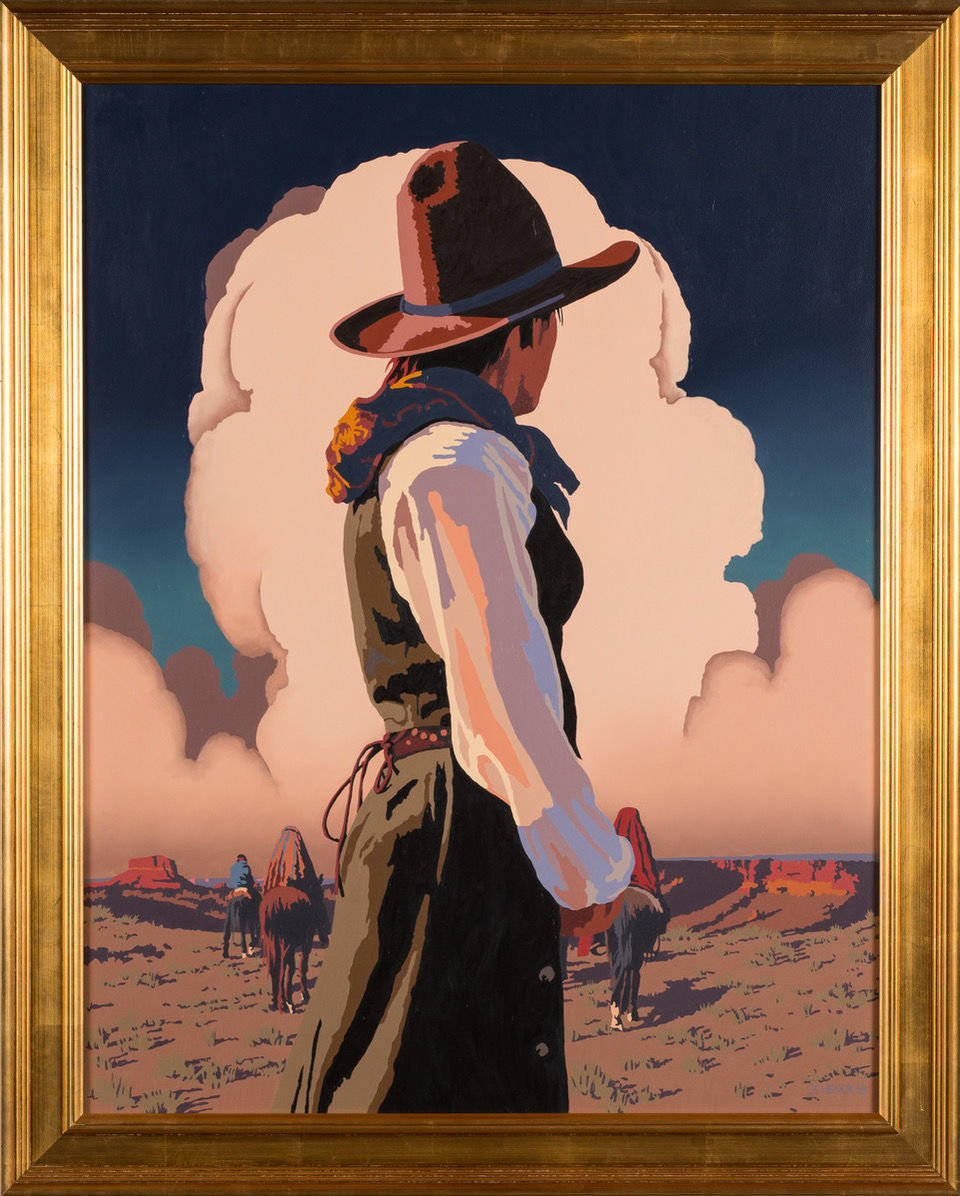 "Long Ago" by Billy Schenck 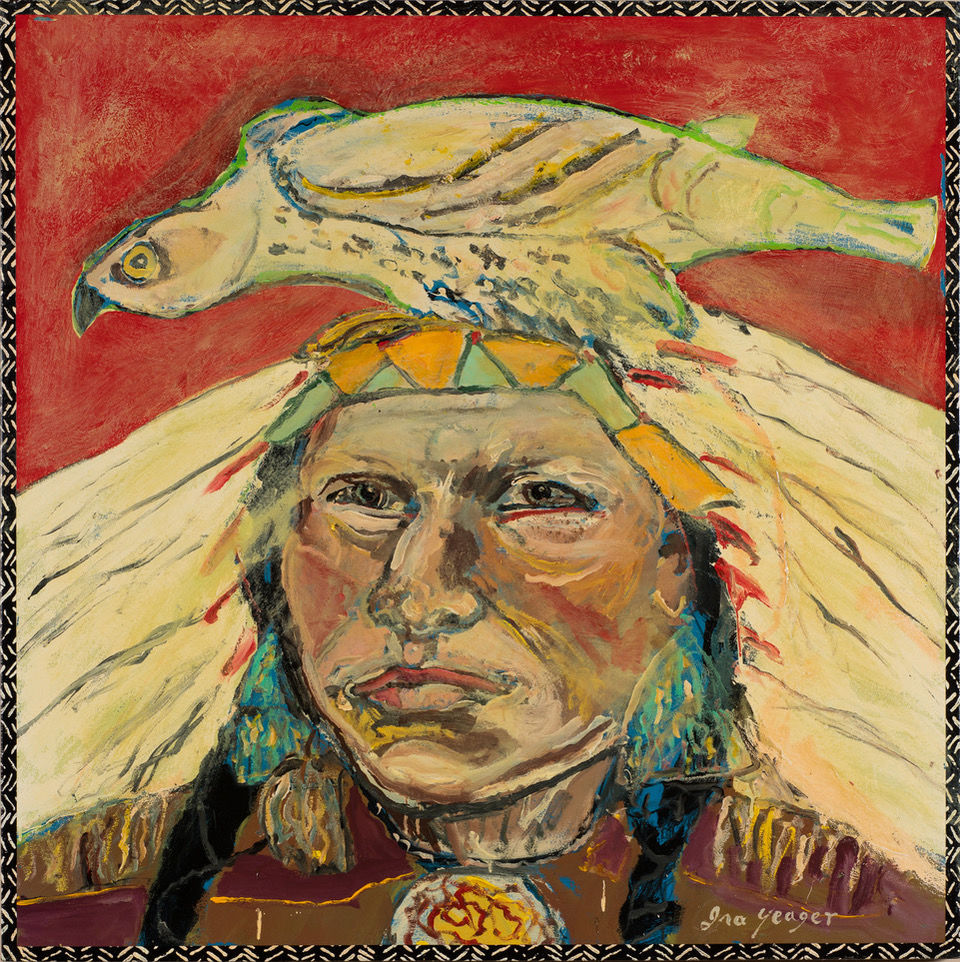 "Indian Portrait, Chief with Fish and Headdress" by Ira Yeager 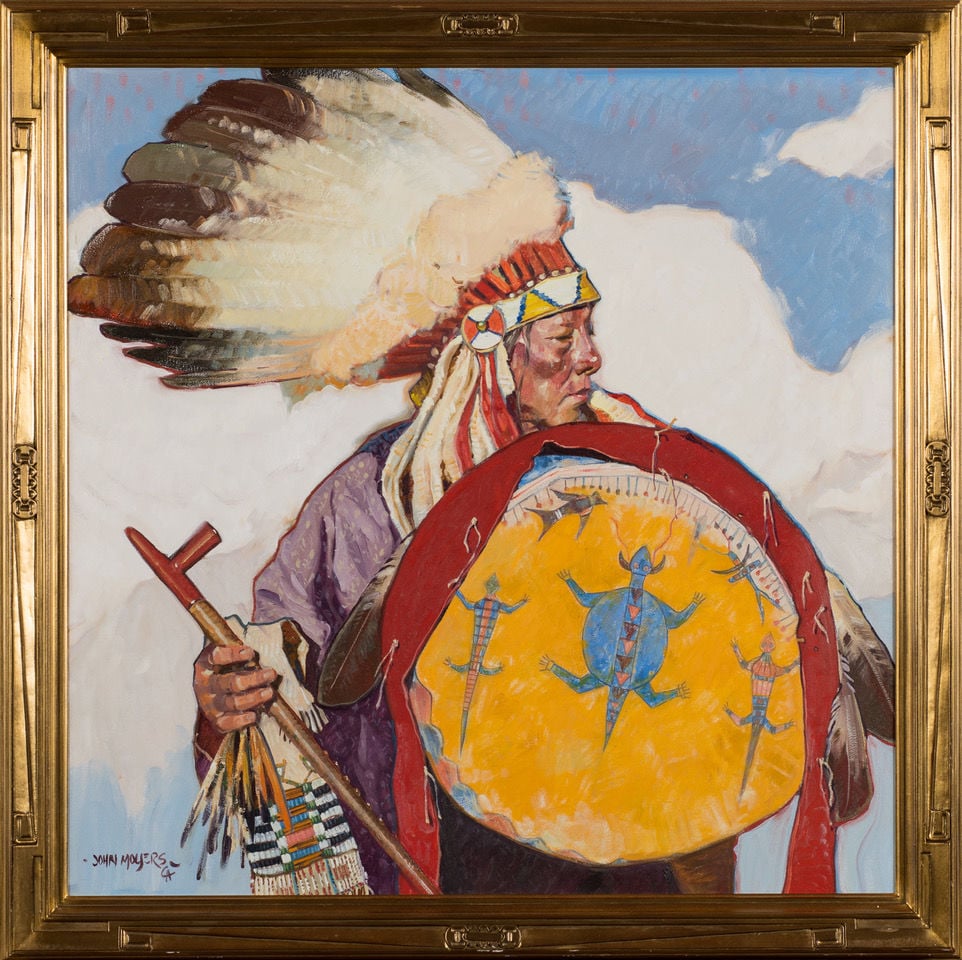 Andy Warhol’s “Annie Oakley” hangs on the wall of a Cuero resident’s private collection. The Chisholm Trail Heritage Museum will feature Warhol’s “Cowboys and Indians” series, among other artist’s works Oct. 11 to Nov. 17.

Andy Warhol’s “Geronimo” hangs on the wall in a Cuero resident’s private collection. The Chisholm Trail Heritage Museum will feature Warhol’s “Cowboys and Indians” series, among other artist’s works Oct. 11 to Nov. 17.

"Long Ago" by Billy Schenck

"Indian Portrait, Chief with Fish and Headdress" by Ira Yeager

During the pop art movement of the 1960s, artist Andy Warhol made Campbell’s soup cans as famous as the celebrities he depicted.

Several works from Warhol’s Cowboys and Indians Series will be on display in an exhibit, “Cuero Celebrates Warhol,” at the Chisholm Trail Heritage Museum from Oct. 11 to Nov. 17. Works in the series feature historic figures from the American West such as Annie Oakley, Teddy Roosevelt, Buffalo Bill and Gen. George Armstrong Custer.

“People who grew up here and now live in Austin, Dallas or Houston like to come home for Turkeyfest, so we thought it was a good time to create more activities in Cuero,” said Robert Oliver, chairman of the museum’s board of directors.

More than 20 Native American and Western-inspired works by five other prominent artists also will be on display at the museum. The artists include Bob “Daddy-O” Wade, Billy Schenck, John Moyers, Ira Yeager and John Nieto. A members-only preview party will kick off the exhibit from 5 to 8 p.m. Oct. 10 at the museum, and members will enjoy hors d’oeuvres catered by A Taste Above and an open bar.

“Everyone is welcome to join the museum,” said Sharon Weber, executive director of the museum. “They can join or renew their memberships online to attend the party.”

Three of the artists, Bob Wade, Billy Schenck and John Moyers, will attend the preview party to mingle with guests. Two of them, Warhol and Nieto, died.

“What is most important, and what we are most excited about, is that there is no additional charge for the exhibit,” Weber said. “We want it to be open for all to see and enjoy.”

Guests can peruse the impressive collection of artwork and the museum’s other offerings for the standard price of admission.

“The exhibition is a great cross section of six different artists and their interpretations of figures in the American West,” Oliver said.

Oliver’s favorite work in the Cowboys and Indians Series, which Warhol created just before his death in 1987, is “Annie Oakley.”

“It’s a takeoff on a photo I’ve seen of her profile from the waist up, and her jacket is full of medals,” Oliver said. “She must have been an amazing talent.”

Wade played a role in the 1970s Texas Cosmic Cowboy counterculture in Austin and created the enormous pair of cowboy boots that welcome shoppers to North Star Mall in San Antonio. He also is well known for his Cowgirl series, black-and-white photographs tinted with vivid color by hand, Oliver said.

Nieto, who passed away in 2018, was an internationally-known contemporary artist whose work was shown in the prestigious annual Salon D’Automne exhibit in Paris, France. Moyers is appreciated for his precise representation of colors and values and the historical accuracy of his work. Schenck is known for his ability to convey the ethos of the American West through his work. Like Warhol, he also participated in the pop art movement. And Yeager has amassed a following with his striking portraits of American Indians, according to a news release.

Established in 2000, the Chisholm Trail Heritage Museum preserves ranching and agricultural culture and connects Crossroads residents to the lives of their pioneer ancestors through interpretive exhibits, research and educational programs.

“This is a small town with a big, exceptional exhibit,” Weber said. “And we are just so proud of that.”

What: "Cuero Celebrates Warhol," an exhibit featuring the work of Andy Warhol and five other artists

More info: RSVP for preview party by Thursday at 361-277-2866; join museum at chisholmtrailmuseum.org.