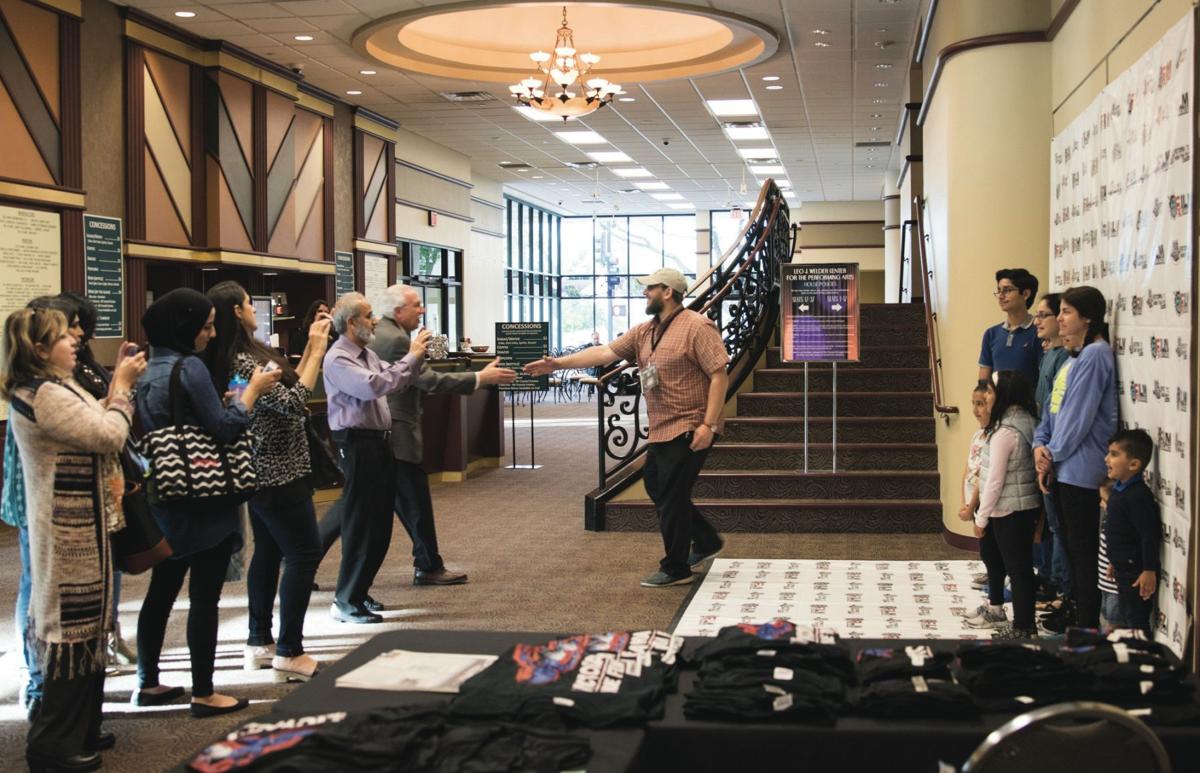 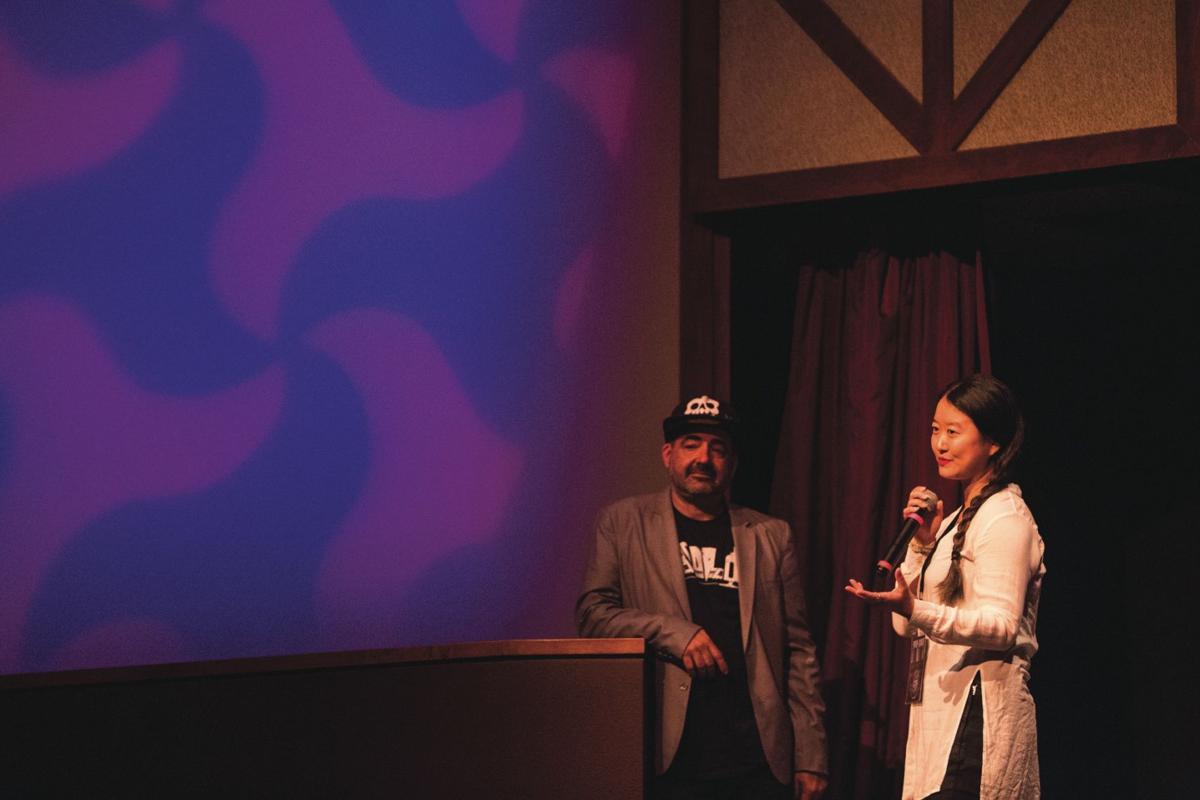 Filmmakers Li Lu and Anthony Pedone open the film festival with a preview of her documentary on the Victoria Islamic Fire and Victoria community at the Leo J. Welder Center. 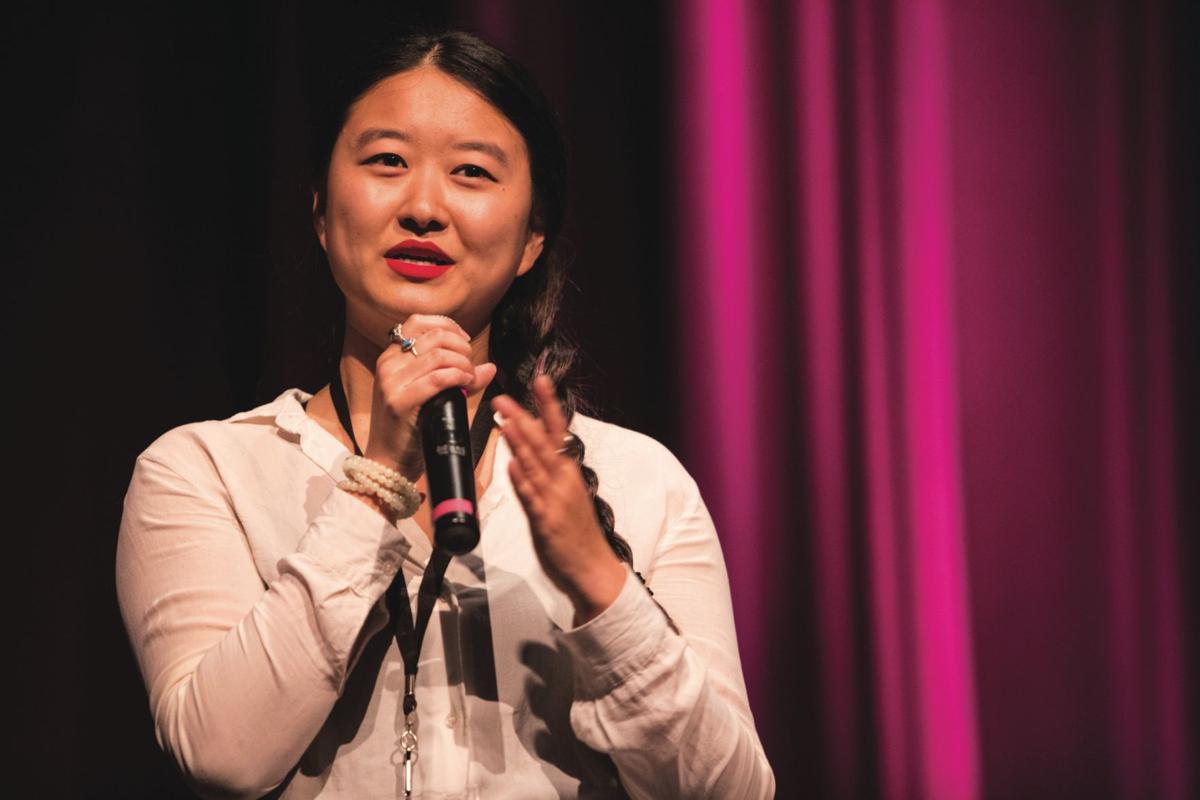 Filmmaker Li Lu opens the film festival with a preview of her documentary on the Victoria Islamic Center fire and Victoria community at the Leo J. Welder Center. 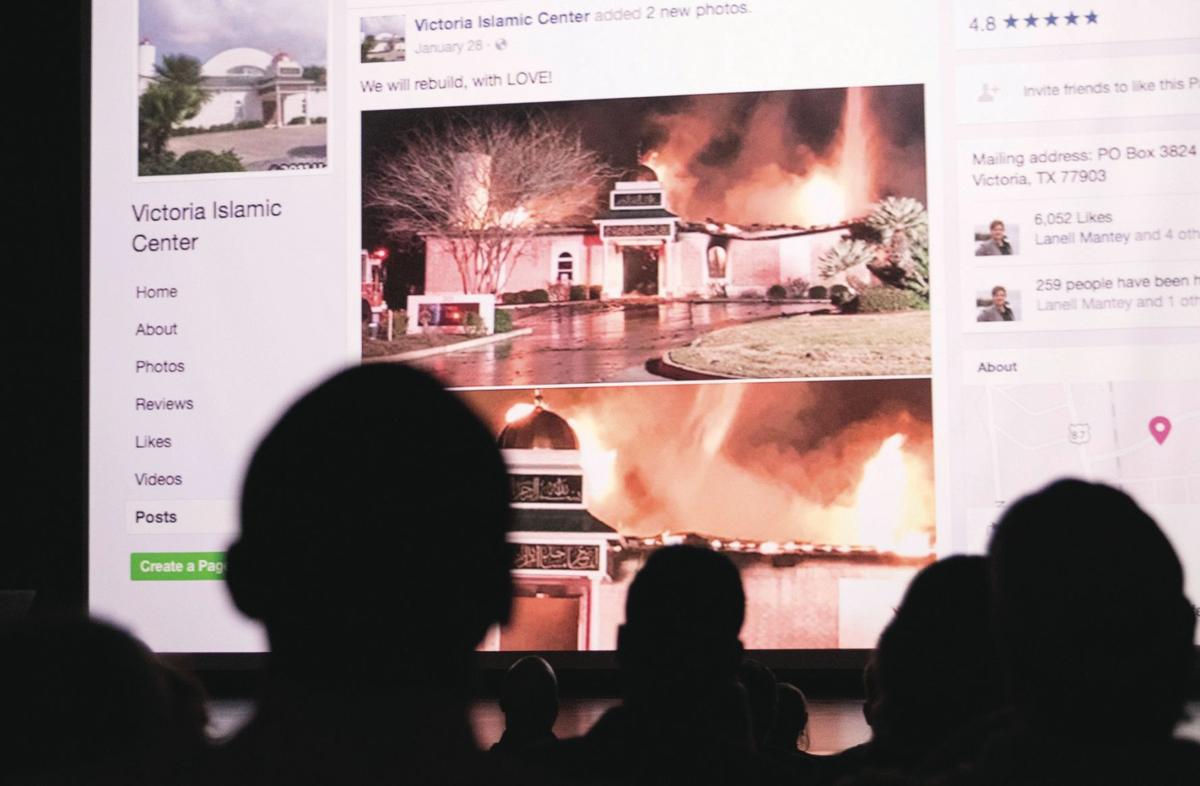 Filmmakers Li Lu and Anthony Pedone open the film festival with a preview of her documentary on the Victoria Islamic Fire and Victoria community at the Leo J. Welder Center.

Filmmaker Li Lu opens the film festival with a preview of her documentary on the Victoria Islamic Center fire and Victoria community at the Leo J. Welder Center.

The Victoria TX Independent Film Festival often takes Victoria moviegoers on a global journey, but this year, the event began with an emotional message from home.

A few minutes of an untitled documentary about the arson that destroyed the Victoria Islamic Center led the opening ceremony of the film festival Thursday night at the Leo J. Welder Center for the Performing Arts.

Heidi Ajrami, associate professor of English at Victoria College and member of the Victoria Islamic Center, said reliving the mosque fire was difficult and devastating, but she said she felt a sense of pride seeing the people come together to support the mosque.

"I liked that the community was highlighted for the way we support each other," Ajrami said. "We have our diversity, but we celebrate it."

Li Lu, filmmaker behind the documentary and juror at the festival who lives in Los Angeles, said Victoria reminded her of where she grew up: Sugar Land.

"It showed me that people have this idea of what Texas is like, but they have no idea of how diverse and accepting people are," Lu said. "I really wanted to make a film that showcased that because that's exactly what happened here in Victoria."

Lu was impressed by how people stood up the very next day to support their neighbors in need, and she wanted to see and capture what Victoria residents went through in their own voices.

She said the film offers the world the opportunity to see who Victorians are and to hear their stories.

"Things become real when you see them; it's kind of an out-of-body experience," Lu said. "I hope this documentary gives people the chance to step back and say, 'Wow, that really happened here; my neighbors are quite incredible.'"

"Rose's Turn," a fictional film that features actors from Los Angeles and Zurich, Switzerland, also addresses people who try to help someone in need - a homeless woman.

Kymberly Harris, writer and director of the film, said the European couple originally wanted to shoot the movie in Zurich. However, she thought it would be better to film it in Los Angeles, where about 80,000 people are homeless every night.

"Our society can be heavy on the poor and people of a certain race or color," Harris said. "This is definitely a film that shows the perspective of the homeless."

More than 43 films are expected to be shown at the film festival this weekend, each of them bringing an original story and message to the audience.

"We need these venues and opportunities to bring such wonderful stories from around the world to places like Victoria and stories from Victoria to the rest of the world," Lu said.

Movies shown at the last screening of each night are not appropriate for children. Most of the daytime movies are OK for children, but there are some exceptions throughout the festival. Visit vtxiff.com to read the synopsis of each film.

. Noon - "The Surrounding Game" | Q&A with Will Lockhart and Cole D. Pruitt

. Noon - "The Surrounding Game" | Q&A with Will Lockhart and Cole D. Pruitt

I love asking people what they are passionate about. Working for the Victoria Advocate allows me to learn more about the fascinating things people are doing throughout their community.