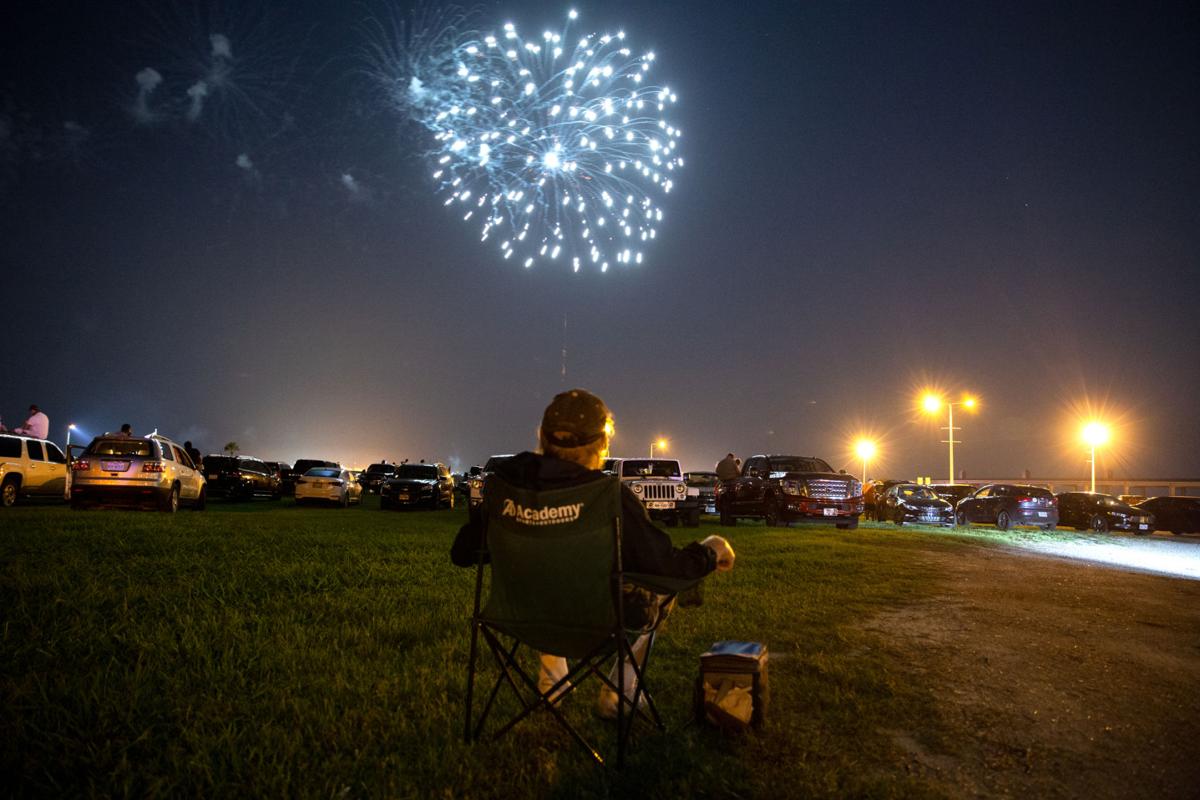 In 2020, Tom Garrett sits away from other spectators as he watches the fireworks explode at the Star-Spangled Bay Bash in Port Lavaca. 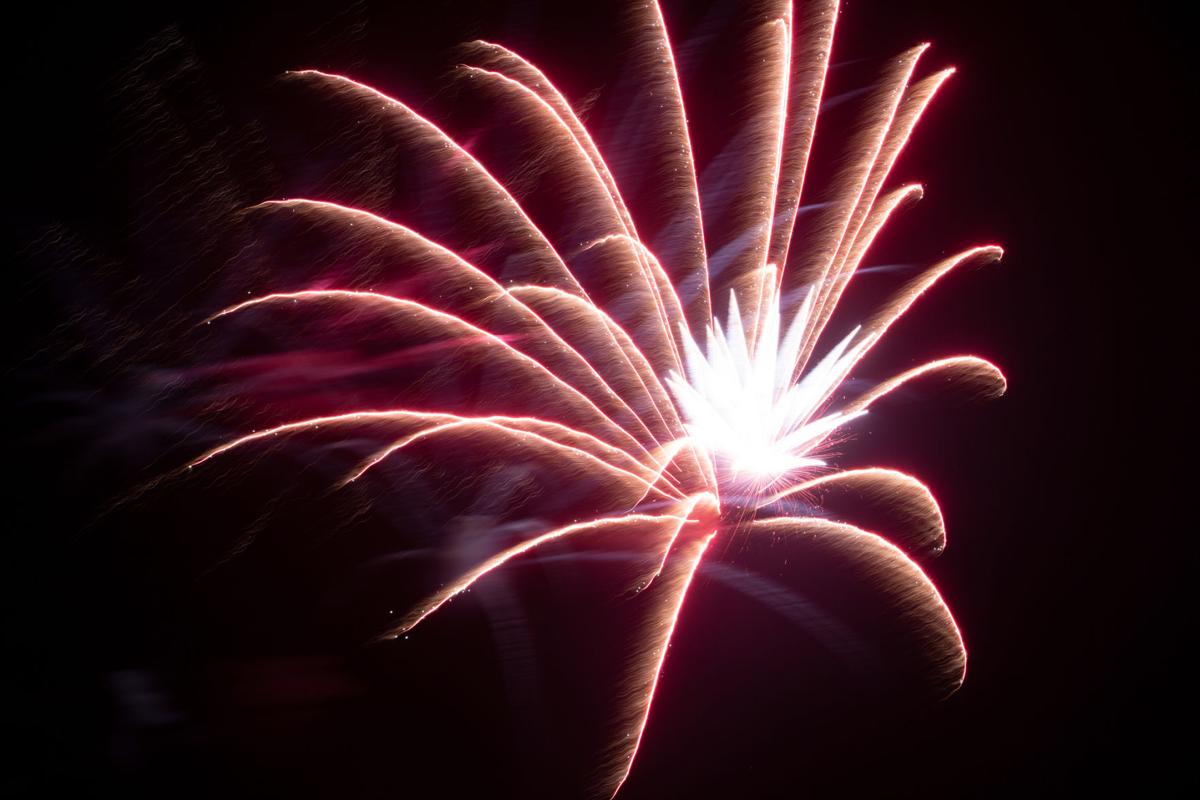 Fireworks explode in bursts of in the sky during the Star-Spangled Bay Bash in Port Lavaca. 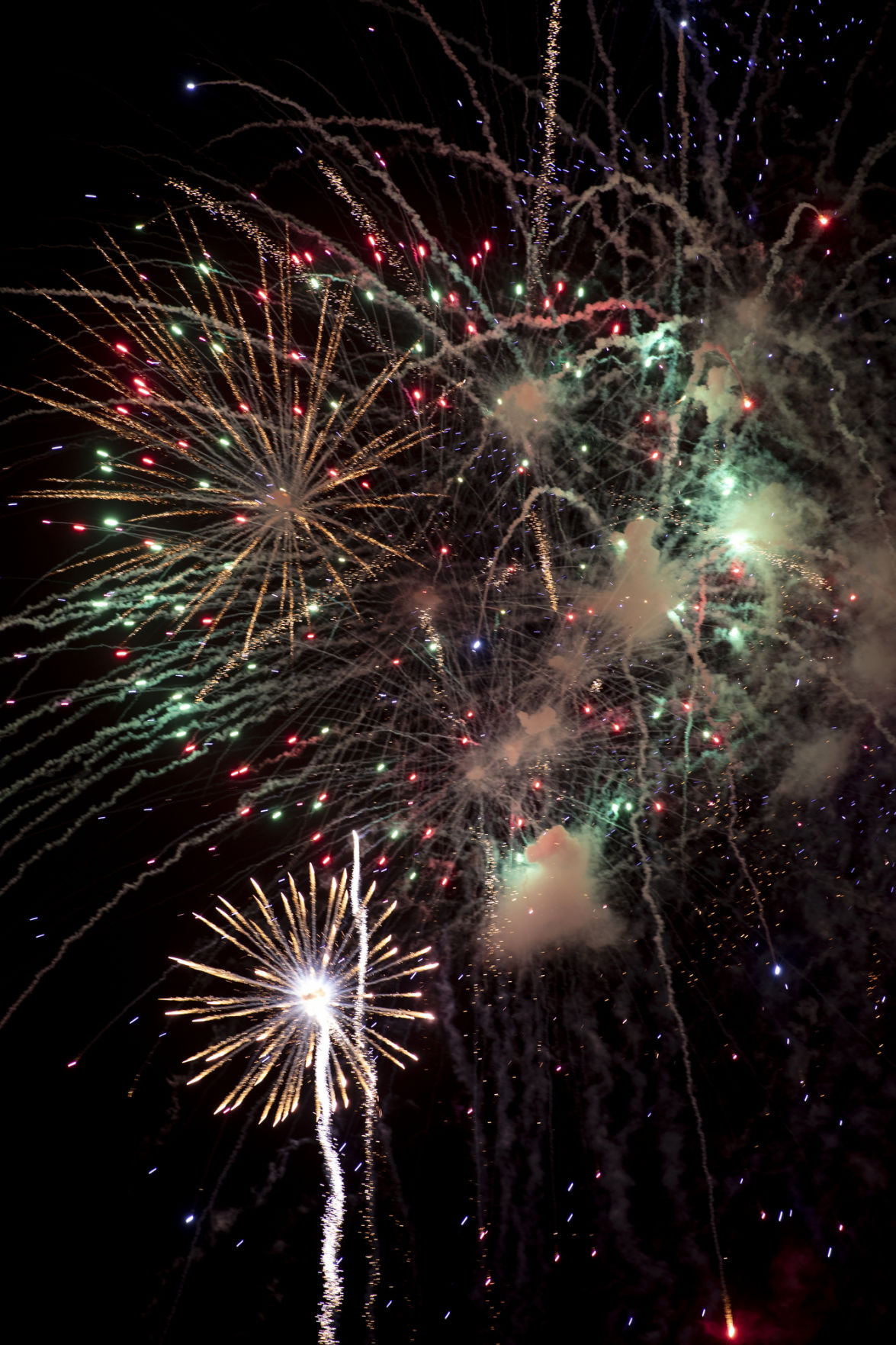 Fourth of July fireworks at the Victoria Community Center in 2019. 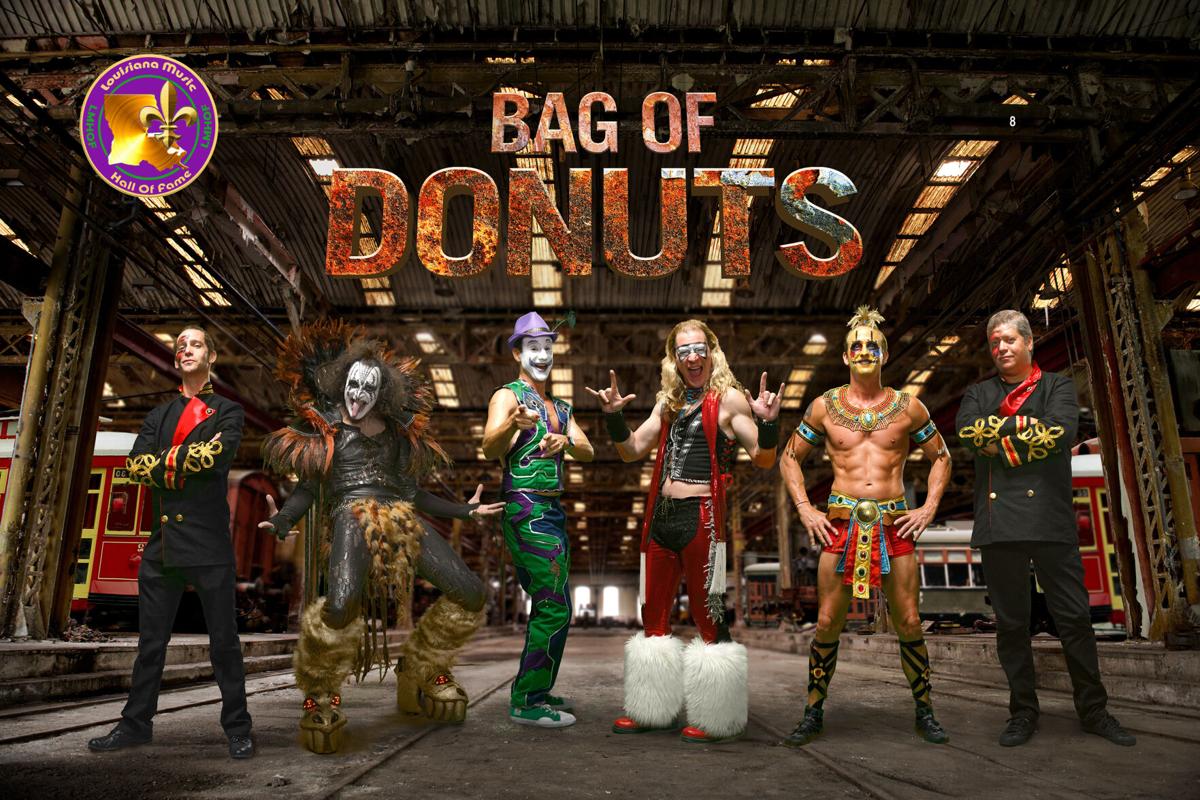 In 2020, Tom Garrett sits away from other spectators as he watches the fireworks explode at the Star-Spangled Bay Bash in Port Lavaca.

Fireworks explode in bursts of in the sky during the Star-Spangled Bay Bash in Port Lavaca.

Fourth of July fireworks at the Victoria Community Center in 2019.

The Miller Lite Blastoff Fireworks Show will kick off with New Orleans party band Bag of Donuts and the Big Texas Fun Carnival on July 4 at the Victoria Community Center. The carnival will operate July 1-5, so there will be plenty of opportunities for fun.

The fireworks show and the concert will be free. Sky Wonder Pyrotechnics will shoot off the fireworks at 9:30 p.m., and the show will last 23 minutes, said Kimberly Zygmant, assistant director of Victoria Parks and Recreation. Those in attendance will be able to download an app to listen to music while watching the fireworks.

Bag of Donuts includes six band members who dress in elaborate costumes and makeup while they perform. Bobby Hoerner is the lead singer; Jonathan Hoerner plays the guitar; Jerry Christopher plays the bass; the drummer is Kevin George; Phil Morin plays the saxophone and Ian Smith plays the trumpet. The only one that is recognizable as an existing character is Jonathan Hoerner who dresses up like Gene Simmons from the band Kiss.

The band plays mostly covers that they brand as “super pop.” They play the music of artists ranging from Willie Nelson, Johnny Cash and Queen to Kiss, Prince and Rick James.

“We play any songs from any genre and any time, and we soup them up to make them our own,” said Bobby Hoerner. “We’re a big band of color musically with costumes and makeup, too. The visual component heightens the experience.”

The New Orleans party band formed in 1988 and was inducted into the Louisiana Music Hall of Fame in 2019. The band performs an average of 110 to 120 shows per year from Texas to Florida.

“We spend a lot of time in Texas. It’s been really good to us,” Bobby Hoerner said. “What I’ve always said about Texas is that we’ve never played a bad show there because of the enthusiasm of the crowds.”

Almost a decade ago, when the band played the Texas Rice Festival in Winnie, the band emerged on stage as the final act to find a sea of cowboy hats in the audience.

“We found out that audiences in Texas love their country-western but they also love funk, dance and pop music. It’s been just great. Texas audiences are second to none,” Hoerner said. “Whether you’re age 5 or 95, there’s something on our set list for you.”

Food vendors will include Trevino’s Funnel Cakes, Flores Lemonade, Atwell’s Elotes & SpudZz and Mando’s Snow Cones. Glazer’s Beer and Beverages will sell 12-ounce cans of Miller Lite, Coors Light, Dos Equis, Shiner Bock and White Claw for $4 each. All of the alcohol sales will benefit Honor 361, a nonprofit for veterans in the Victoria area.

Big Texas Fun Carnival based in San Antonio will provide a variety of rides including the Flipper, the Alpine Bob, the Zillerator, a giant Ferris wheel and an array of kiddie rides. Carnival games and all kinds of fair food also will be available. Admission will be $5, and tickets for rides will be $1 each. Wristband specials for unlimited rides also will be offered.

“We want to enhance the City of Victoria’s Fourth of July celebration and make it more of a weekend celebration,” said Adam West, co-owner of the carnival company.

The Alpine Bob, which is a circular tub ride that spins people around in a roller coaster-type motion, is one of the most popular rides at the State Fair of Texas, West said. And the likes of the Zillerator, which is a large portable roller coaster, has not been a common sight in Victoria. Some of the rides are so large that cranes will be necessary to put them together.

“We have some of the bigger rides in the country, especially in the state of Texas,” West said. “It will not be a full-size footprint, but we’ll bring in a good selection of rides that will be a lot of fun.”

West said he is excited to celebrate July Fourth and kick off the summer with Bag of Donuts, a band with which he is familiar.

“They put on an unbelievable show. Dollar for dollar, they are one of the best entertaining bands,” West said. “They (Glazer’s) picked a great band for the Fourth of July, and with the fireworks and carnival, it’s going to be a great weekend.”

Fireworks around the Crossroads

If you go to the Big Texas Fun Carnival

*All rides accept tickets every day