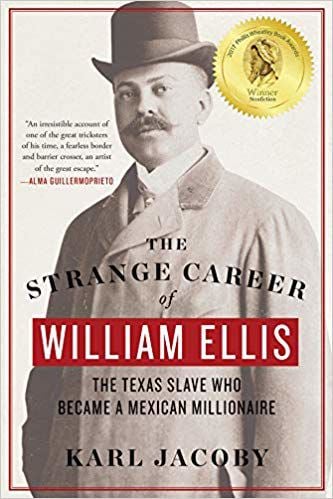 “The Strange Career of William Ellis: The Texas Slave Who Became a Mexican Millionaire” 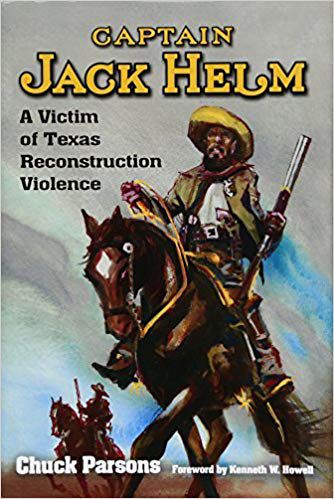 “The Strange Career of William Ellis: The Texas Slave Who Became a Mexican Millionaire”

William Ellis was an African American born into slavery in Victoria who could pass for Tejano. He made a fortune during his lifetime, and he is the subject of a book by an Ivy League professor. Curiosity piqued?

Victoria will make a mark on the literary map with the inaugural Victoria TX Book Festival on March 6-7. The focus of the festival, which is free and open to the public, will be Texas heritage, and the two-day event will include readings and opportunities to meet the authors at venues throughout the community.

The Museum of the Coastal Bend will host the event with partners including the University of Houston-Victoria School of Arts and Sciences, Victoria College Library, Victoria Public Library and Texian Books.

“The idea started off as a way to inform more people about the huge number of regional history books that we carry in the museum store, and so we’re keeping that focus this year,” said Sue Prudhomme, director of the Museum of the Coastal Bend. “It seems to be an idea that our community is very interested in. We were not expecting so many different people to be interested in the idea of the book festival, so we see it as being a larger type of event in the coming years and to involve many more partners.”

Most of the books featured in the book festival will raise awareness about published authors who reside in the region. However, one book, “The Strange Career of William Ellis: The Texas Slave Who Became a Mexican Millionaire,” which delves into the life of a native Victorian, will bring Karl Jacoby, an author, historian and professor at Columbia University in New York to the Crossroads.

“Historians don’t write about Victoria a lot,” said Joseph Locke, assistant professor of history at the University of Houston-Victoria. “Jacoby is a great historian so this popped up on our radar when it came out. He’s an Ivy League professor published with a popular press, and most books about Victoria are more obscure.”

Like William Ellis, the subject of the book, Jacoby’s book itself crosses boundaries and helps the reader understand Texas, the U.S.-Mexico border, capitalism in the Gilded Age and different sides of the “color line” in Victoria, Locke said.

Ellis was born in Victoria toward the end of slavery in the 1860s. His family was enslaved on the Weisiger Plantation north of town. Jacoby, who is interested in borderland history, found Ellis in state department records from the 1890s when he was exploring Americans involved in Mexico. He found that Ellis was behind the relocation efforts of about 1,000 African American sharecroppers to Durango, Mexico.

“It’s a surprising migration. You don’t think about African Americans going to Mexico, but Jim Crow was beginning to get a grip on the South. There were good reasons why Mexico was a potentially attractive place to go. Mexico had no Jim Crow,” Jacoby said. “They (African Americans) were really integral to the way the border was created in the 19th century.”

Through his research, Jacoby came to the conclusion that Victoria is the only place from which someone like Ellis, a black man comfortable with Mexican culture and fluent in Spanish, could have come. In the 19th century, few areas had African Americans, Anglo Americans and Tejanos living together.

“It was a really small place in the 1850s where all three groups lived alongside each other, and that was Victoria,” Jacoby said.

“William Ellis didn’t want people to find his life story, so unraveling it took a lot of work because there isn’t any obvious collection of documents,” Jacoby said. “And there are a lot of William Ellises, so I had to make sure I was tracking the right one.”

While conducting his research, Jacoby visited Victoria to access the Victoria College archives. He also visited the property where the Weisiger Plantation once was.

“I found it amazing that he was born into the most challenging circumstances but was able to do this tremendous sort of creativity and improvising to make this incredible career for himself,” Jacoby said.

Ellis, who could pass as Tejano, acted as an intermediary when Mexico opened to U.S. investment because he was comfortable on both sides of the border. He was one of the first African Americans on Wall Street.

Descendants of Ellis, Robert Williams and Fanny Griffin, of California, will participate in the presentation with Jacoby on the evening of March 6. They will explore the personal connections of Ellis to history while Jacoby delves into the academic aspects, and they will inform each other.

“This is exciting for me. I haven’t actually given talks in Victoria … and it’s something I’ve always wanted to do,” Jacoby said.

Closer to home, Chuck Parsons, an author and former high school principal in Wisconsin and Minnesota who retired to Luling, also will read from one of his books, “Captain Jack Helm, a Victim of Texas Reconstruction Violence.”

“My heart is in Texas because of the rich history,” Parsons said. “No other state has history as fascinating as Texas’.”

Most of the subjects of Parsons books are associated in some way with John Wesley Hardin, a notorious American Old West outlaw.

For example, Hardin and Creed Taylor of the infamous Sutton-Taylor feud managed to kill Helm. Helm sided with William Sutton during the feud, while Hardin sided with Taylor.

“Helm is fairly well known in Texas history. For those who are fascinated by outlaws and lawmen, his name invariably comes up … which begs the question to learn about him and study him,” Parsons said. “Surprisingly, no one else bothered to gather all of the information so they could put out a book on him. I’m very fortunate in getting my manuscripts published mostly by the University of North Texas Press in Denton.”

Parsons will read a selection from “Captain Jack Helm” at the festival because of Helm’s ties to DeWitt County, where he became sheriff.

“I just happened to be very fortunate that publishers like my writing style and my research ability,” Parsons said. “I have friends and associates who get published who tend to be more academic. My style is more for the nonacademic … you sit down and read one of my books and one written by a Ph.D., and you’ll see the difference.”