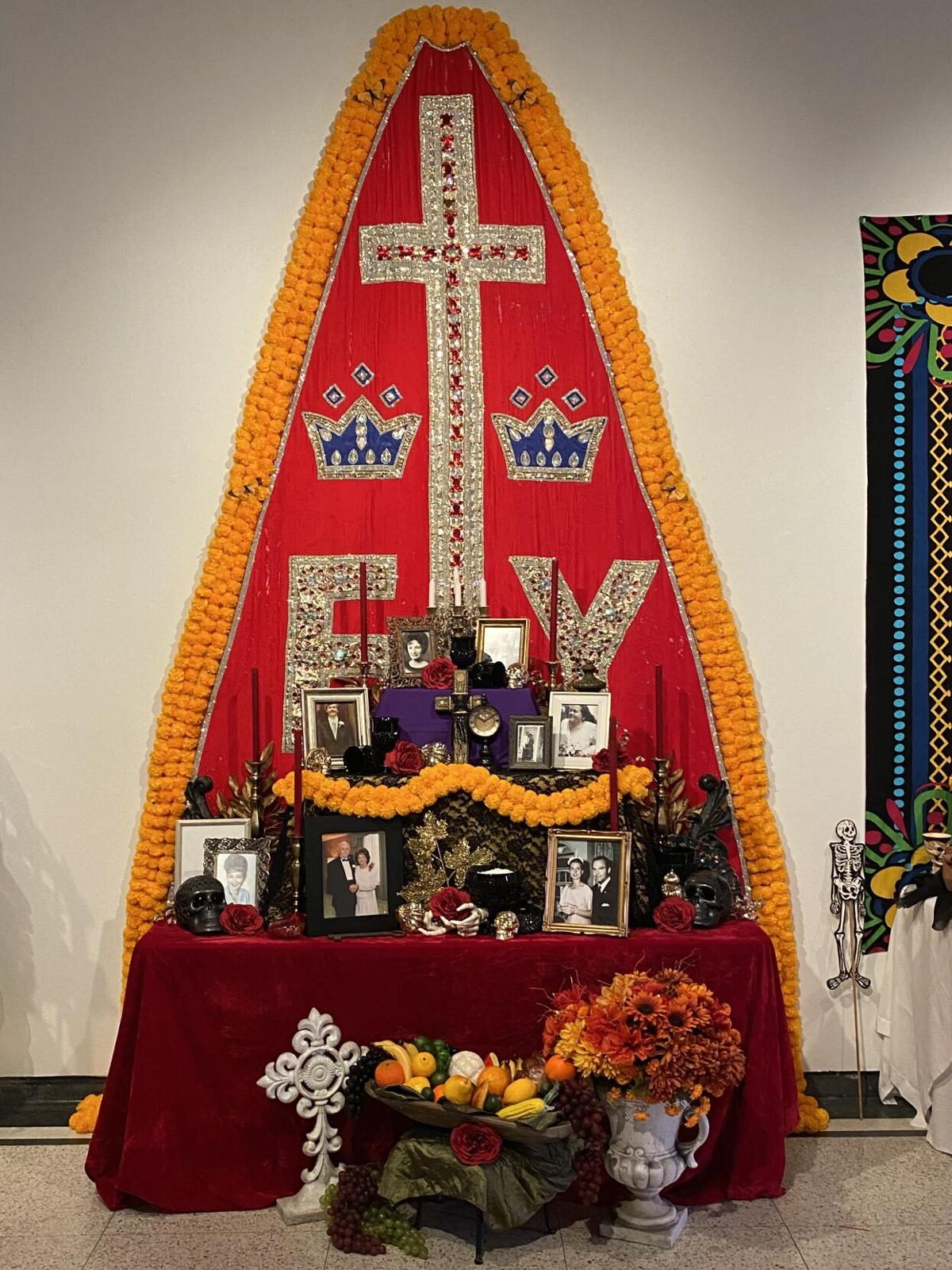 One of the altars created for the “Dia de los Muertos” exhibit at the Nave Museum. 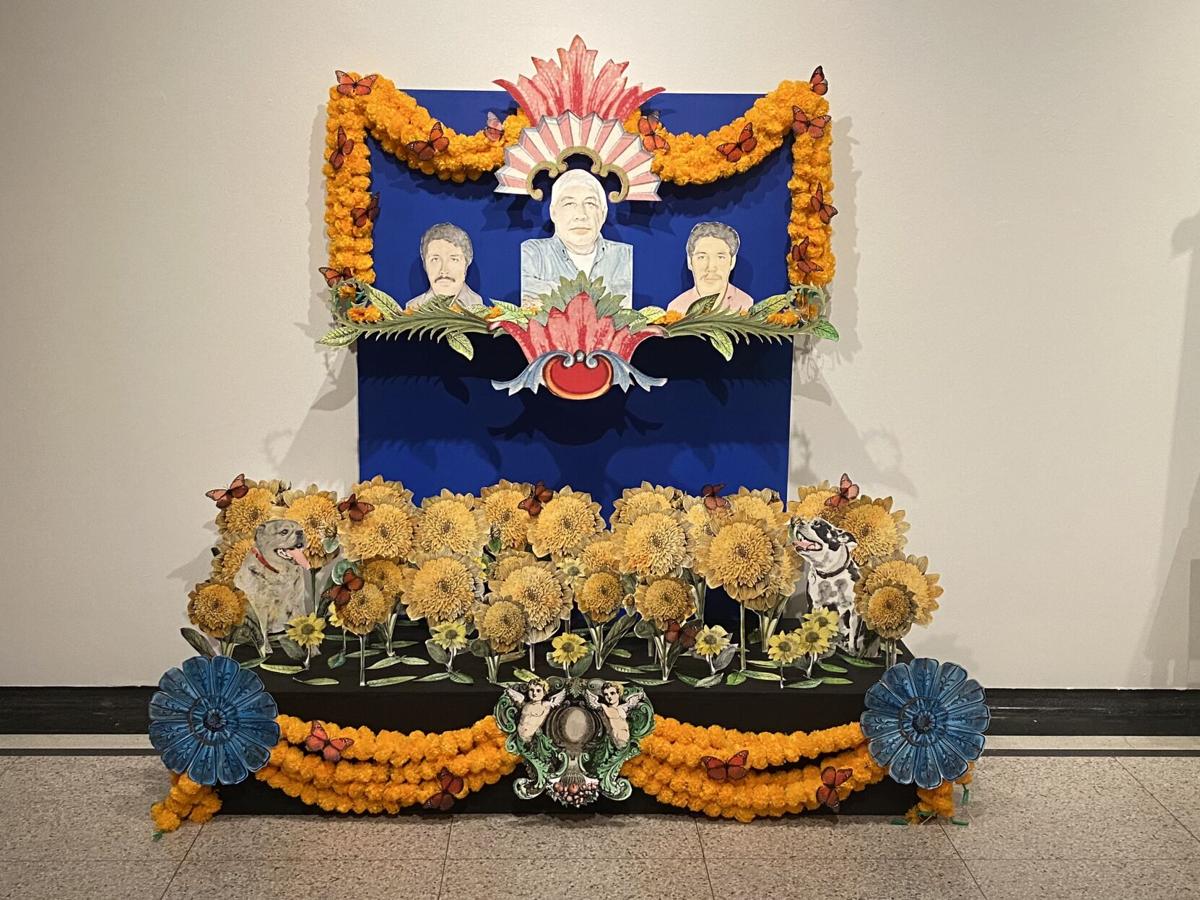 One of about 18 altars on display in the Nave Museum’s “Dia de los Muertos” exhibit. 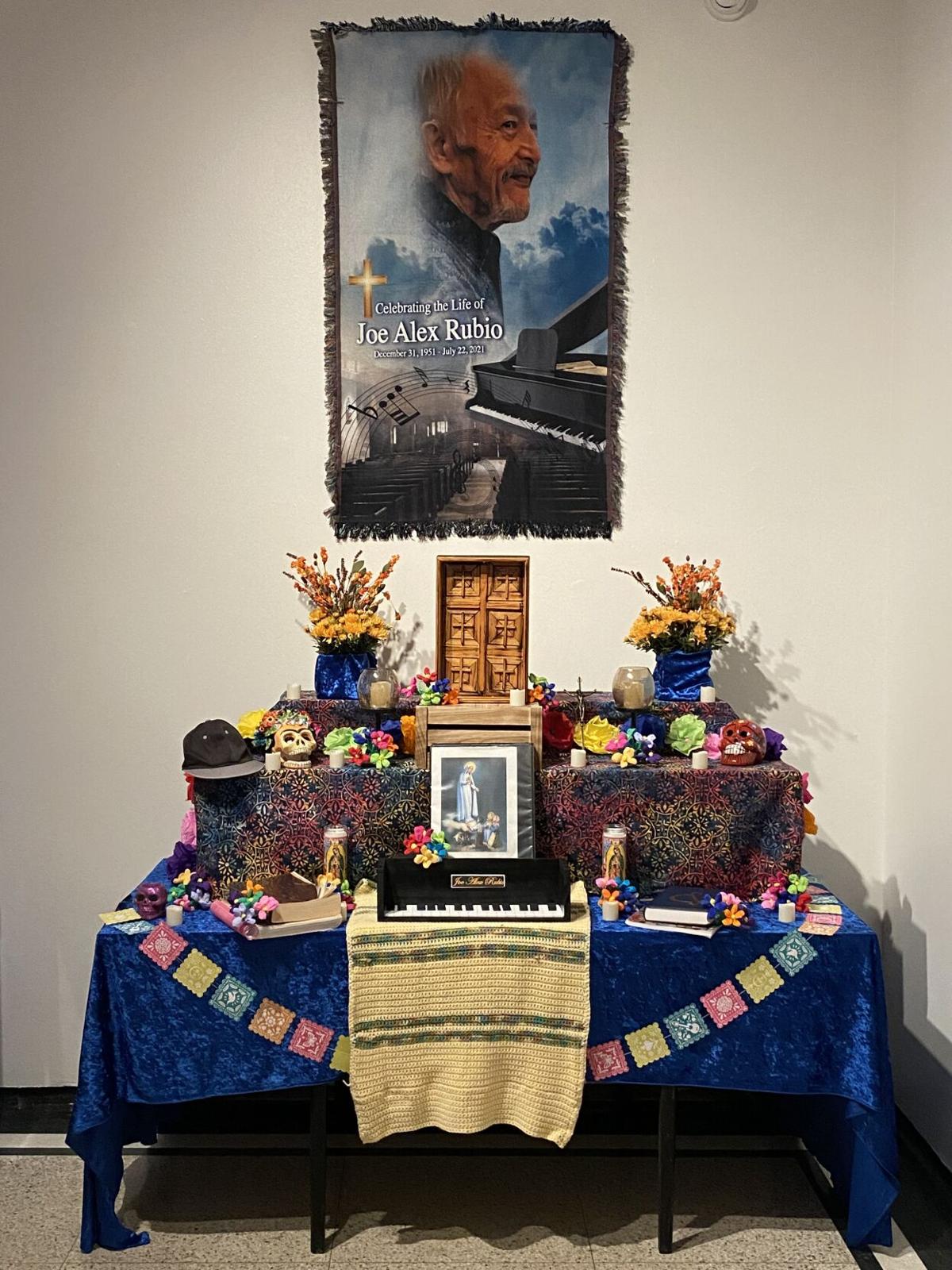 One of the altars in the Dia de los Muertos exhibit at the Nave Museum. 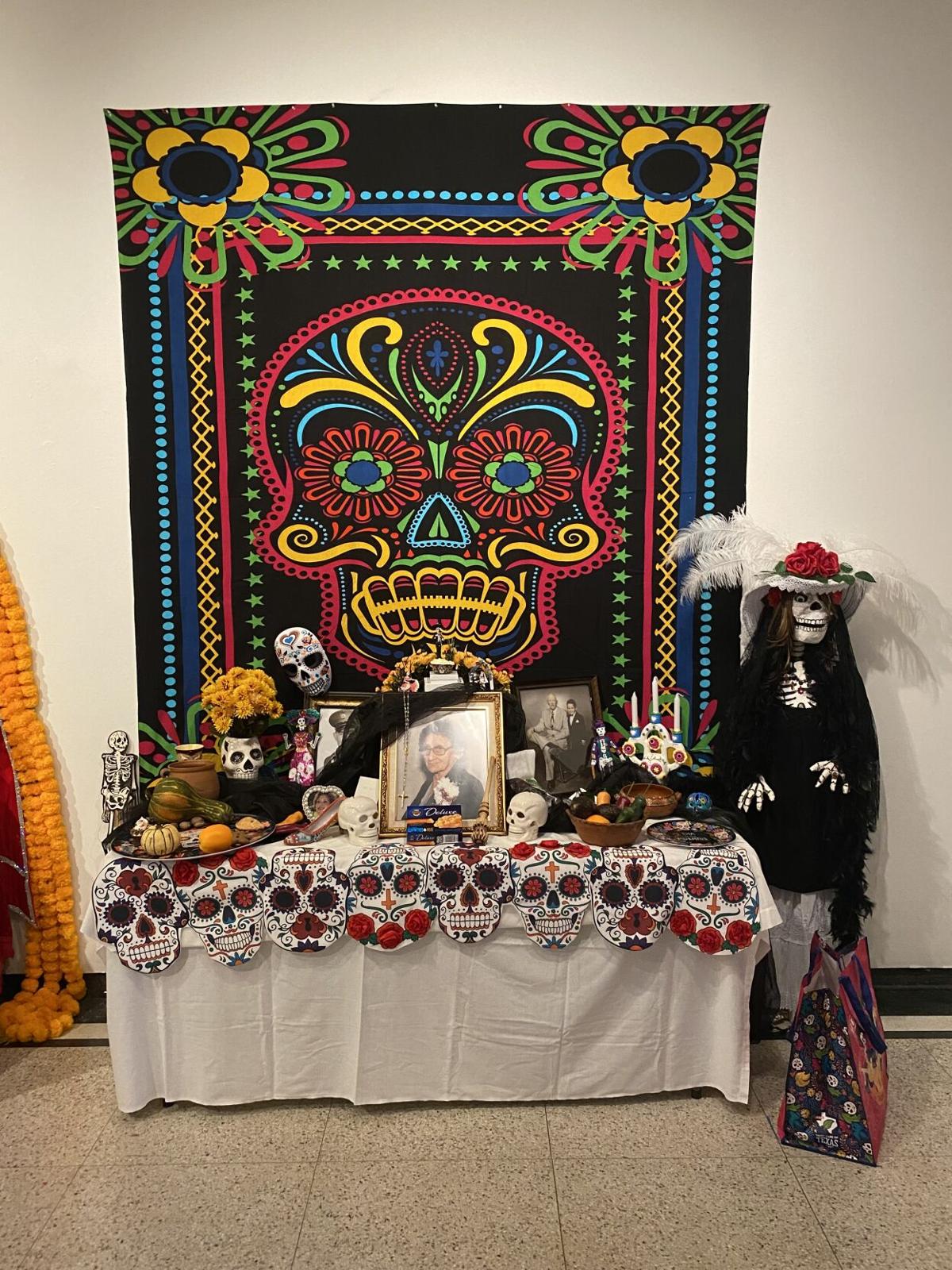 About 18 altars are on display in the Nave Museum's Dia de los Muertos exhibit. 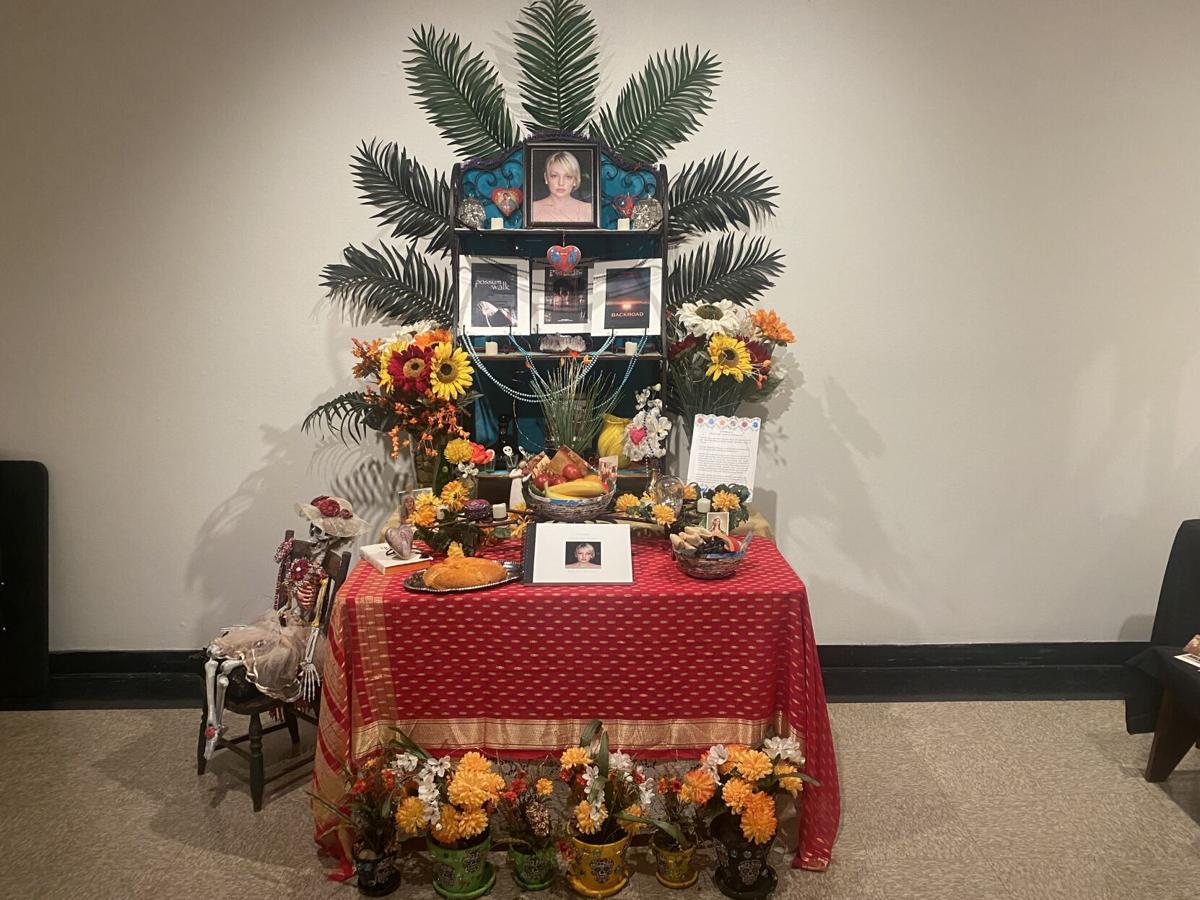 An altar on display at the Nave Museum as part of the “Dia de los Muertos” exhibit.

One of the altars created for the “Dia de los Muertos” exhibit at the Nave Museum.

One of about 18 altars on display in the Nave Museum’s “Dia de los Muertos” exhibit.

One of the altars in the Dia de los Muertos exhibit at the Nave Museum.

About 18 altars are on display in the Nave Museum's Dia de los Muertos exhibit.

An altar on display at the Nave Museum as part of the “Dia de los Muertos” exhibit.

The Nave Museum’s “Dia de los Muertos” exhibit, a visually appealing and culturally significant display of altars and retablos, which are small, devotional wooden altar pieces, will open to the public on Sept. 17. The exhibit will culminate in a Dia de los Muertos festival Oct. 16, when a priest-led procession will start at St. Mary’s Catholic Church, head up Bridge Street, and end at the museum, where activities will entertain children.

“It’s really appropriate that the Nave hold this celebration because the museum was built by Emily McFaddin for her deceased husband, Royston Nave, to remember his legacy and artwork,” said John-Henry Castillo, the executive director of the Nave Museum. “So the building is symbolic of remembrance.”

Dia de los Muertos, or Day of the Dead, is a Mexican celebration of life and death when altars decorated with items that have symbolic meanings are erected to honor the spirits of deceased loved ones.

In addition to photographs of the loved ones, the four elements of water, fire, wind and earth often are represented on the altars. Food, marigolds, incense, candles, salt, intricately cut paper banners and sugar skulls might be among the items intended to either help lead the spirits to the altars or welcome them after their long journeys. The altars also sometimes are tiered to represent the levels of heaven, earth and the underworld.

The exhibit of about 18 altars, co-curated by John Moraida and Chelsea Slaughter Hill, was created by artists and other creative members of the community. A pet altar where community members can place photographs of their lost pets will be among the offerings.

“Some of the altars are artistic, and some are very traditional,” Hill said. “There’s a little bit of everything, and I’m really excited to see it all complete with the museum’s new lighting.”

In addition to curating the exhibit, Hill, who created her first altar in 2016, also created an altar, “For You,” in honor of her grandparents and her husband’s parents and grandparents. Her altar features a large handmade Fiesta cape found at a garage sale; paper mache and plastic food; salt, which represents the continuance of life; water; candles; a hand-held fan and marigolds; among other items.

“I was holding onto it (the cape), waiting for the perfect chance to use it,” Hill said. “I always look for something unique to put at the top of the altar to make it large and grand.”

The exhibit of 25 retablos was curated by Hill, Josh Vega with Free Art Victoria and some of the museum’s board members. The 12-by-12-inch wooden retablos incorporate the themes of monarch butterflies, which represent the spirits of deceased loved ones, and marigolds, which help lead spirits to the altars with their strong aroma. Monarch butterflies frequent the museum’s garden, so the theme is especially appropriate.

The retablos will be auctioned off and the proceeds will help the museum continue offering free art exhibits for members of the Crossroads community. The online auction will open to the public Friday and remain open until the end of the festival Oct. 16.

“It’s a good way for people to celebrate their loved ones who have passed with other people who have gone through similar situations, to share their experiences,” Hill said.

A procession will kick off the Oct. 16 festival. Those interested in participating will meet at 9 a.m. at St. Mary’s Catholic Church and walk up Bridge Street at 9:30 a.m. to the Nave Museum where the priest will bless the altars. The festival will begin on the museum grounds at 10 a.m. with music by Mariachi Amistad and dancing by Ballet Folklorico. Children’s activities will be provided by the Children’s Discovery Museum of the Golden Crescent and the Victoria Public Library, among other organizations, until 2 p.m.

“This is actually the sixth time (the museum has hosted a Dia de los Muertos exhibit), and it’s very popular,” Castillo said. “It ties in with our mission to enlighten, enrich and educate through visual and cultural art.”

What: "Dia de los Muertos" exhibit at the Nave Museum

More information: The exhibit is free and open to the public; museum is closed Monday, Tuesday and Wednesday; open noon-5 p.m. Thursday and Friday, and noon-4 p.m. Saturday and Sunday