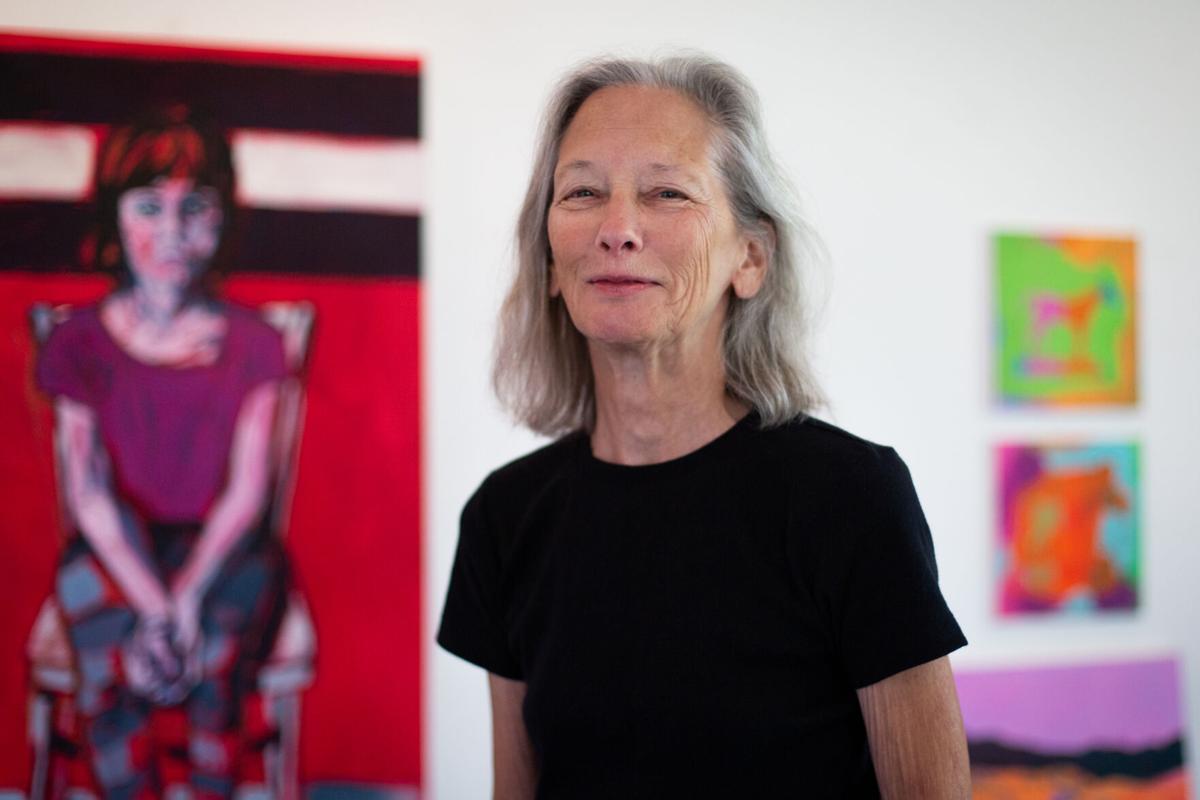 Above: Portrait of Elizabeth Payne in front of her work in her studio next to her home in Yoakum. Below: Payne works on a painting in her studio 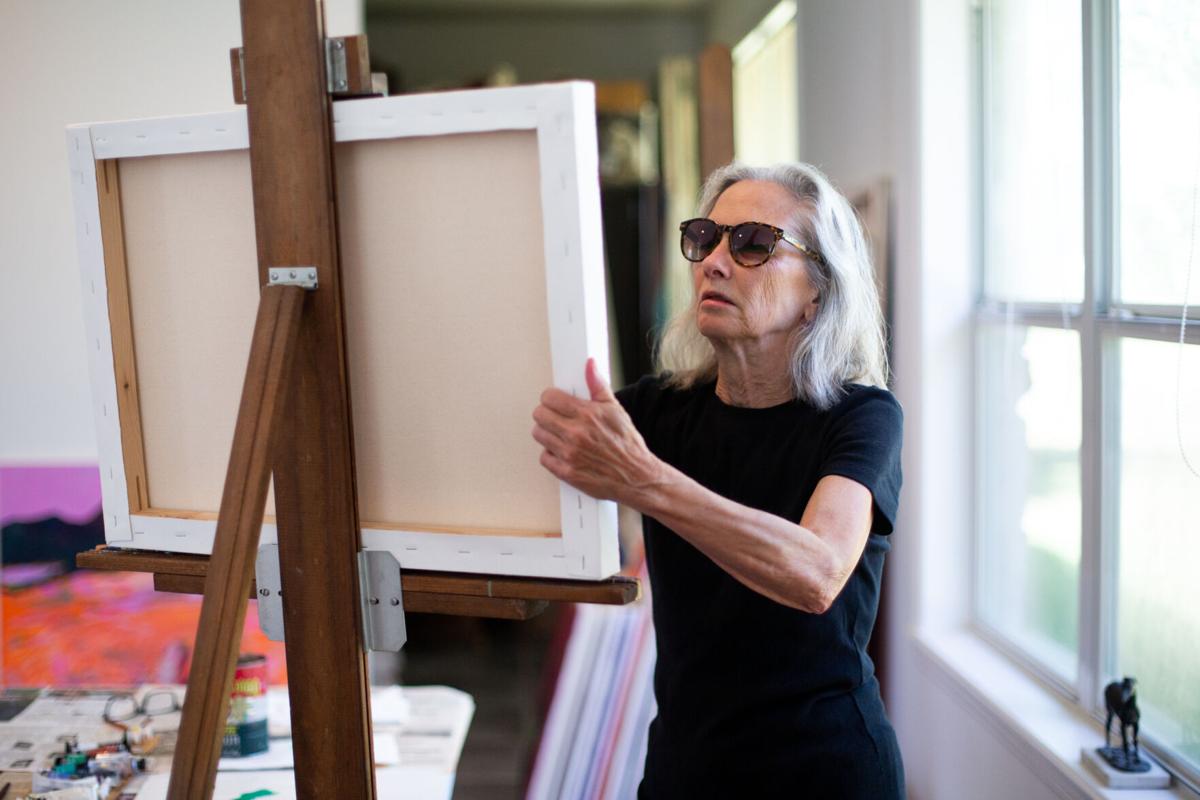 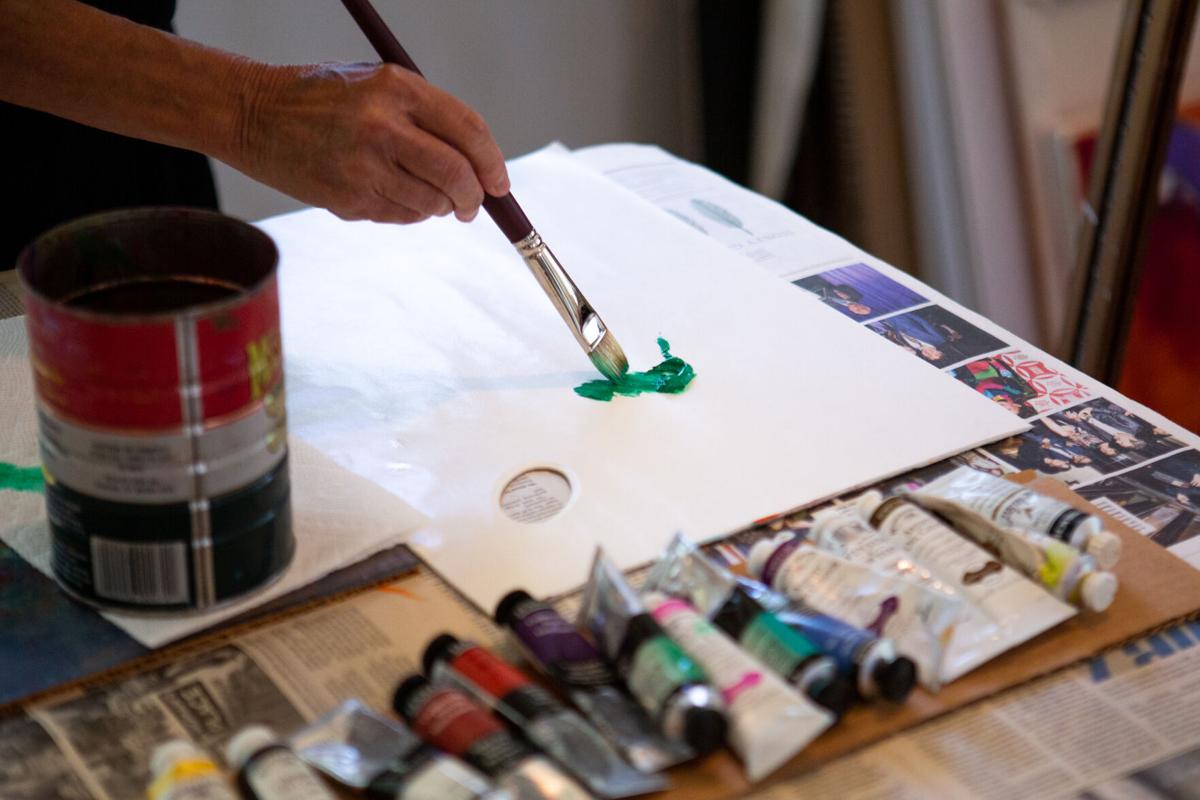 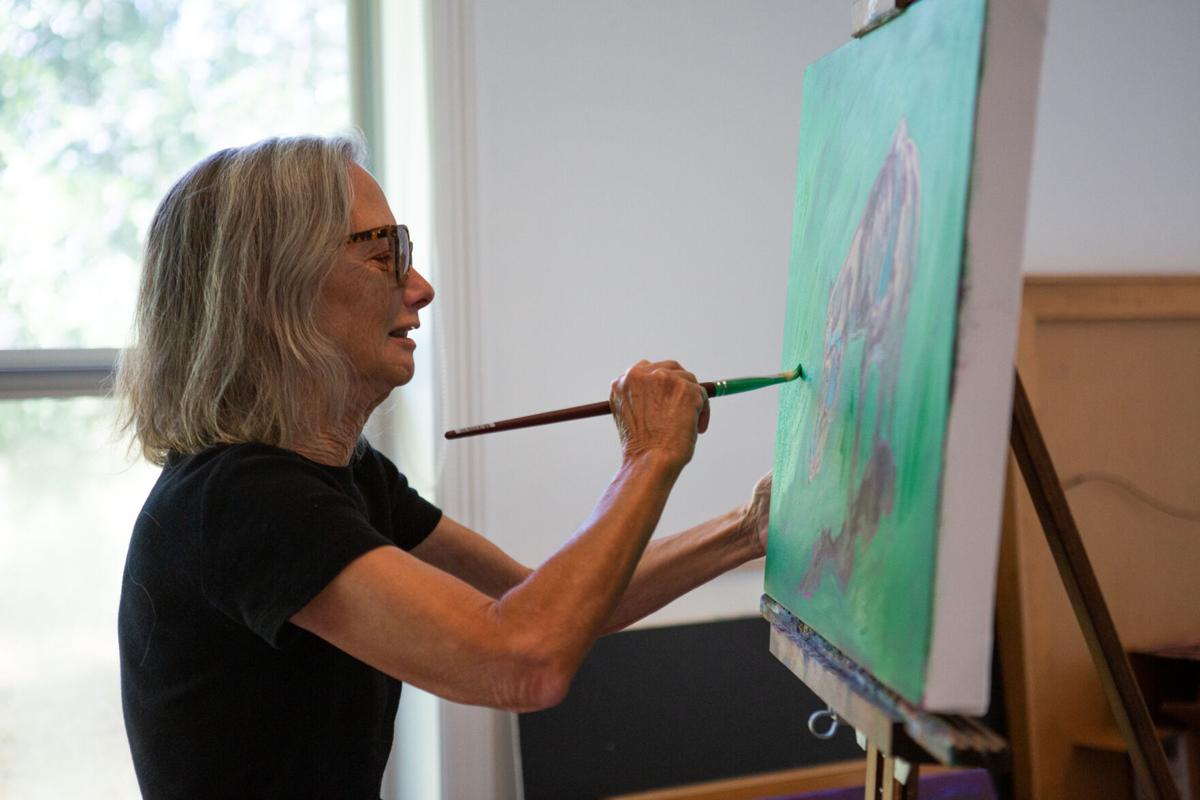 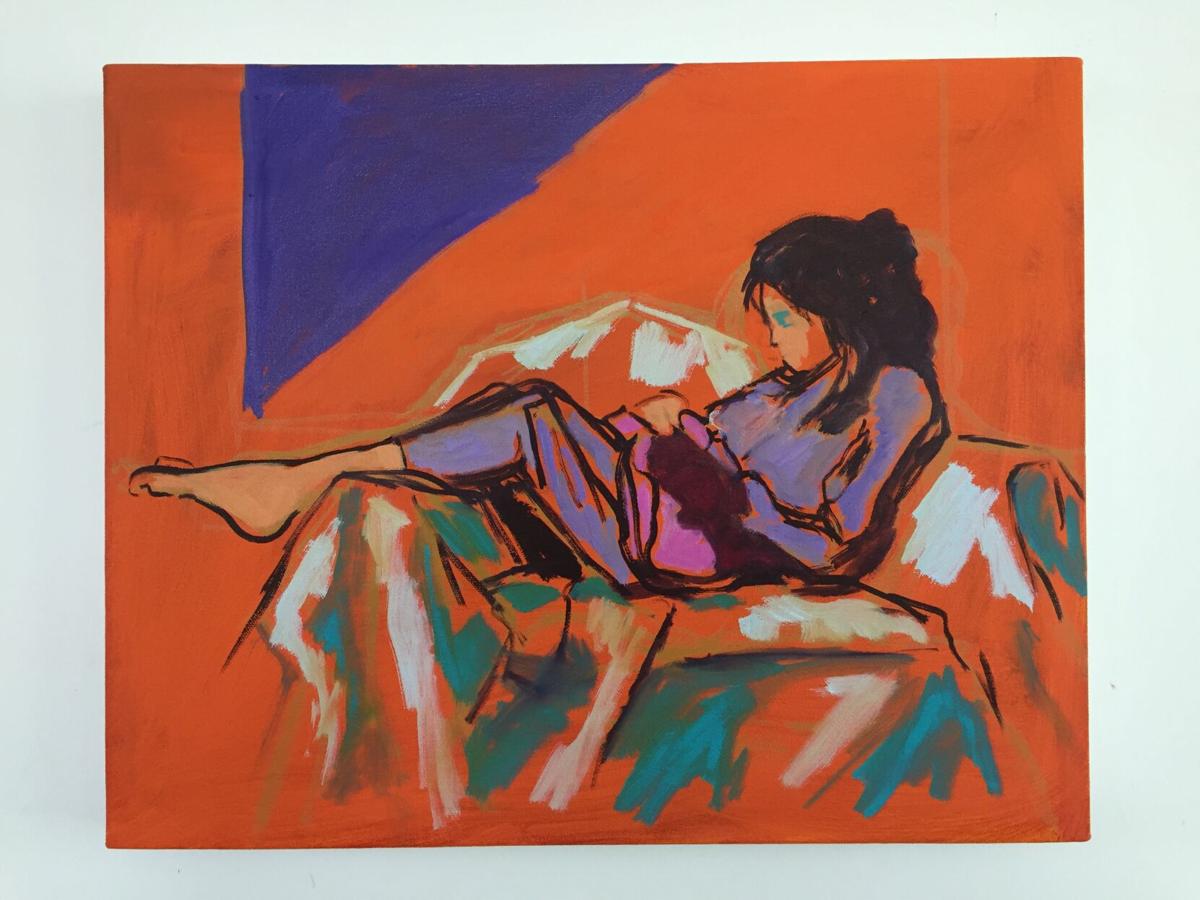 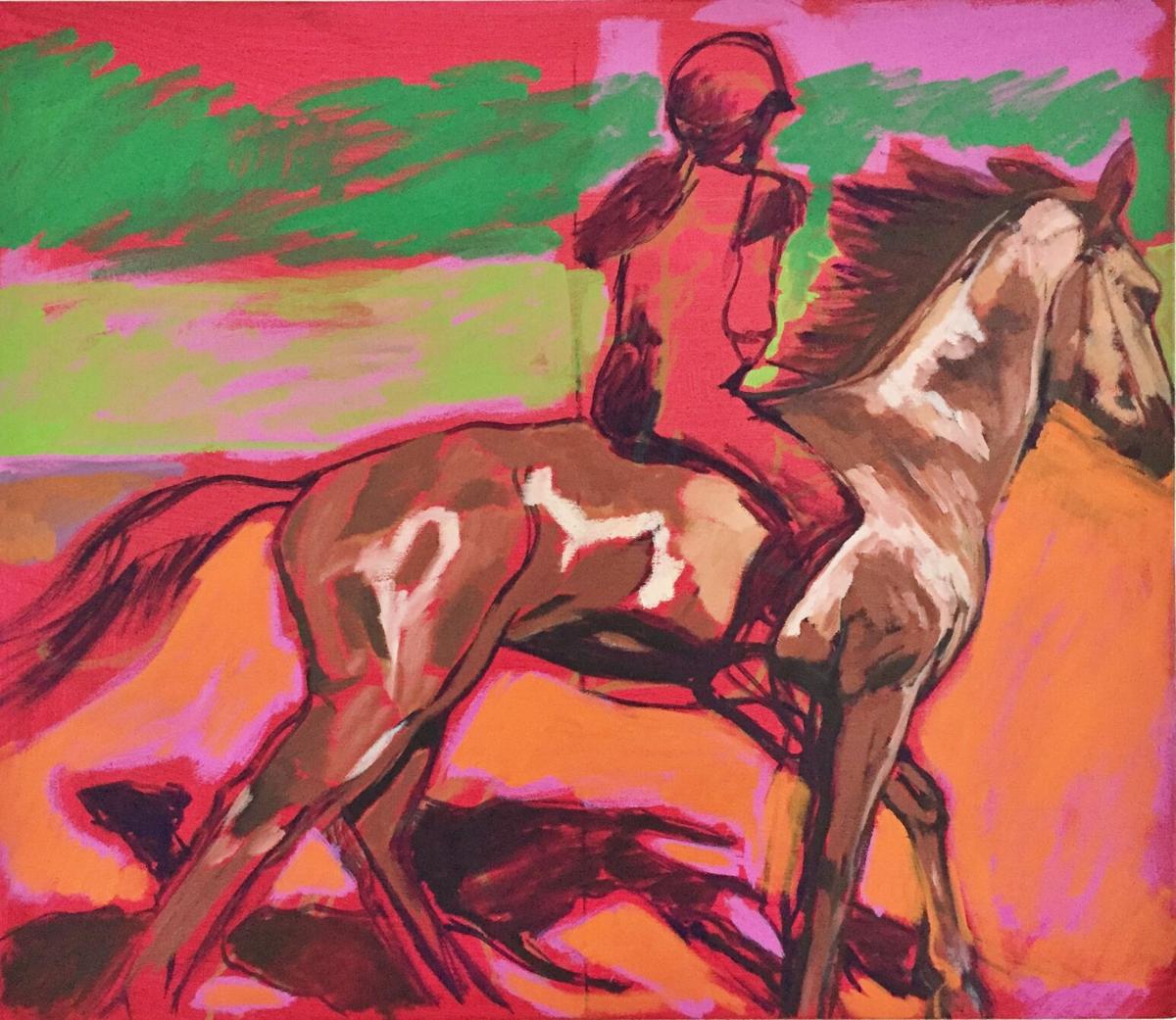 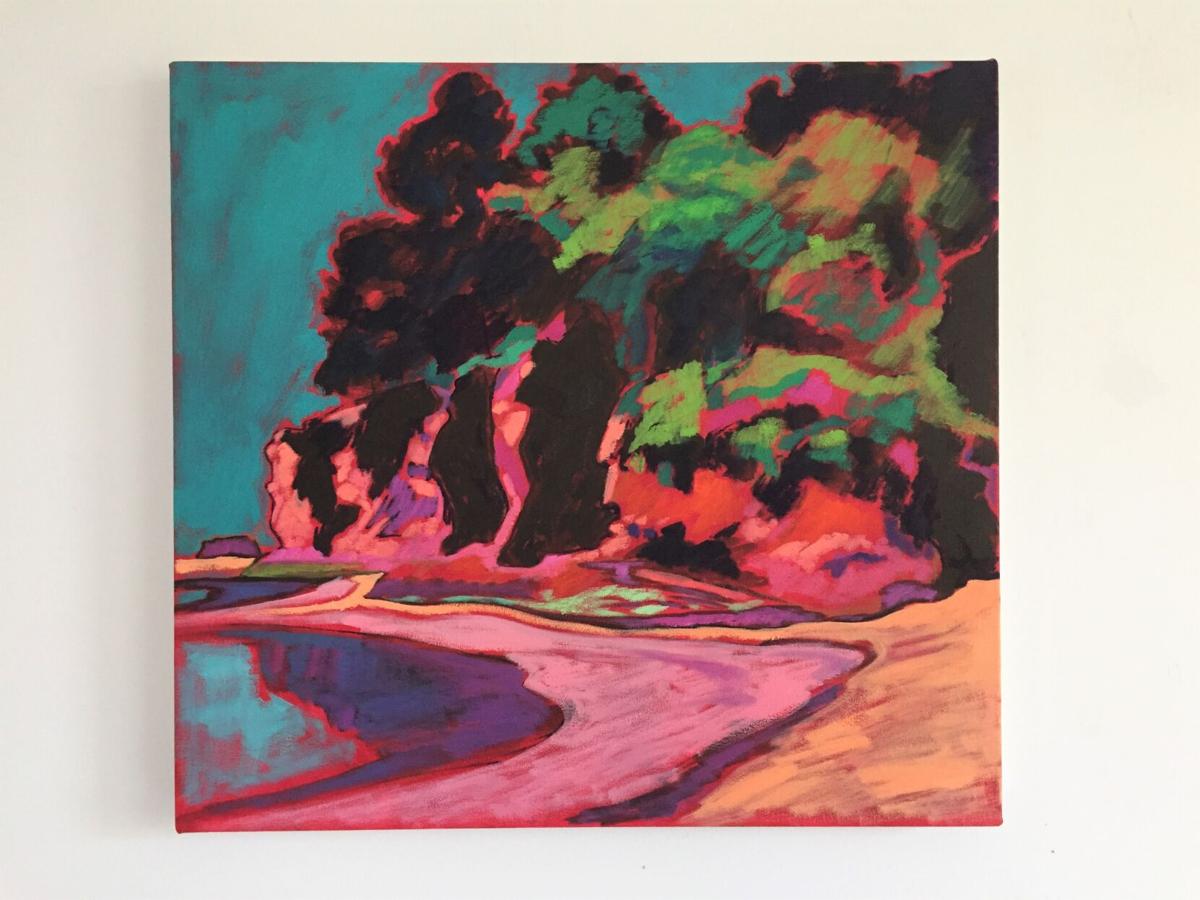 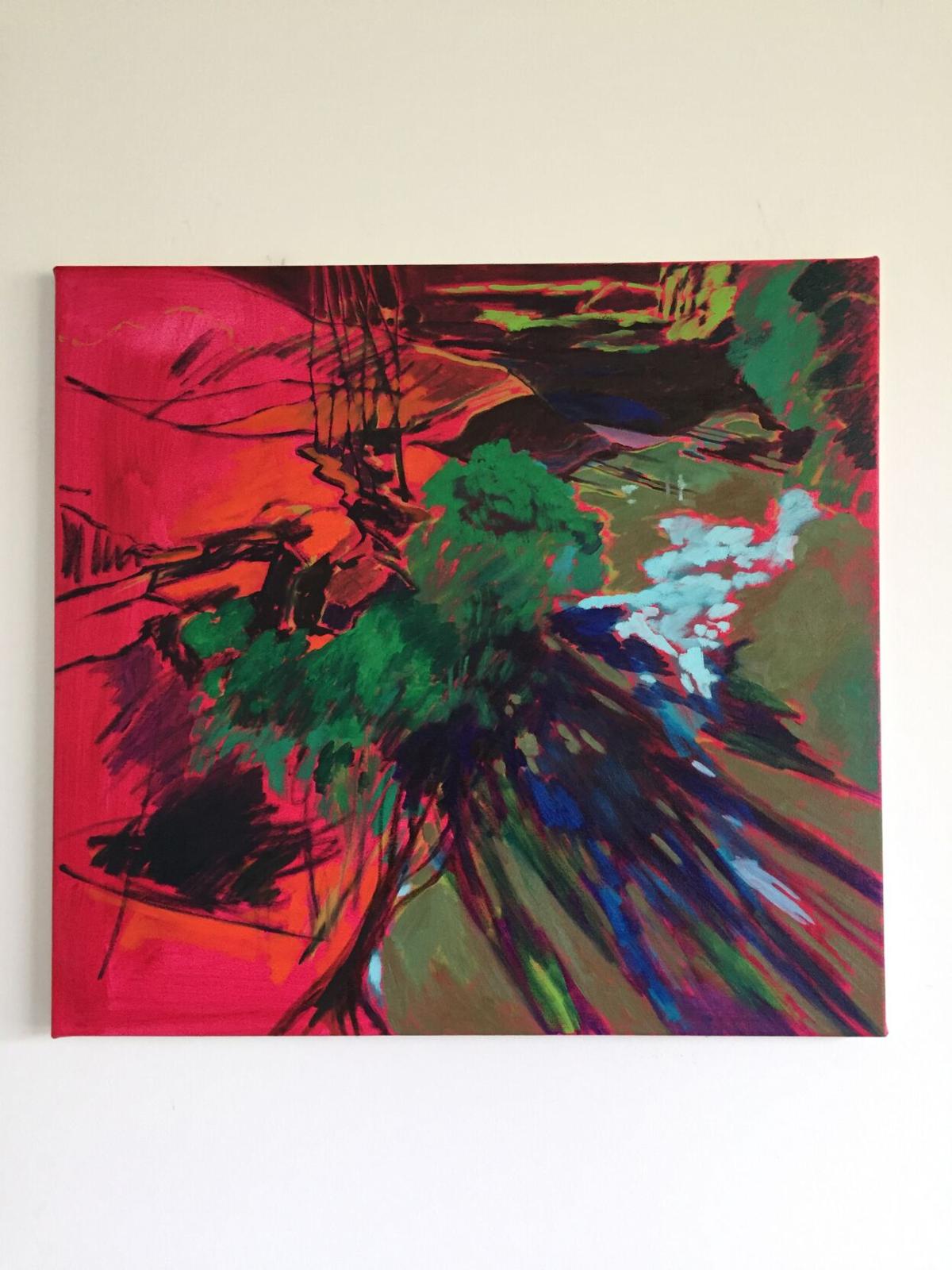 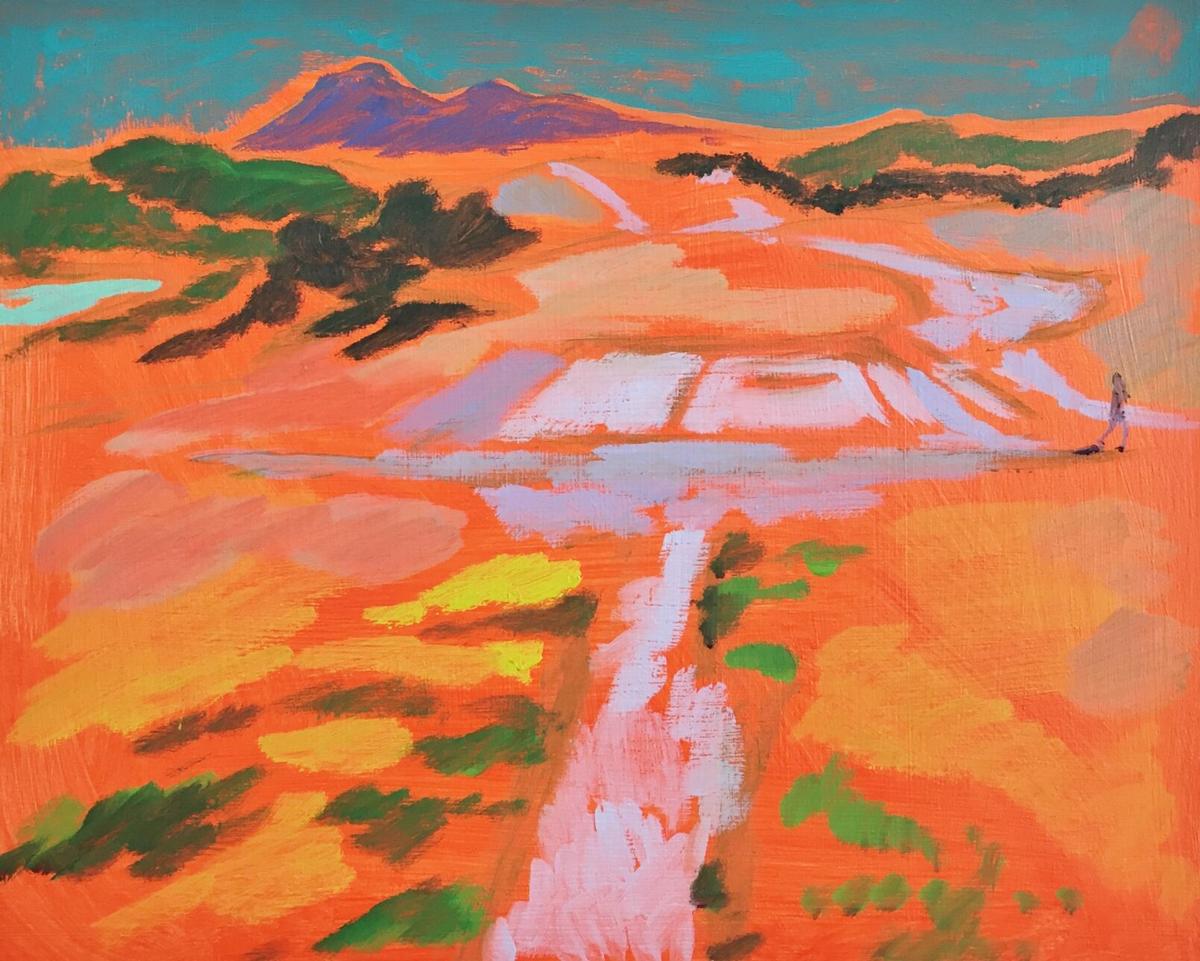 Above: Portrait of Elizabeth Payne in front of her work in her studio next to her home in Yoakum. Below: Payne works on a painting in her studio

Elizabeth Payne, 72, of Yoakum, is an artist who paints with oil on canvas to connect with the world.

As a child growing up in the suburbs, her grandparent’s farm in Kentucky served as a big influence in her life. She spent summers at the old house surrounded by tall trees near the Ohio River. A tobacco barn and horse stables dotted the property. She enjoyed fresh fruits and vegetables and fresh cream, and she rode her father’s tall horse named Pedro.

“It expanded my world,” she said. “There was space, not as much as down here, but you could look off and see things far away…it was visually very different (than the suburbs).”

Living 20 miles outside Chicago in Hinsdale allowed her to take the train to the Chicago Art Institute when she was young.

“I looked at the collection when I was a kid and realized there were great paintings out there,” she said. “I loved looking at them. I didn’t know if I could make anything like that, but in the back of my mind I knew I wanted to try.”

“I absorbed all of that in my brain. I was a very visual person as a child,” she said.

As a child, she liked to draw and paint, but she did not get serious about art until college.

She attended Webster University in St. Louis where she took liberal arts courses.

“I was always good in English but the only thing I really liked was my art class,” Payne said. “I really took to painting and drawing.”

She put records on in the studio at the university and painted into the night.

“It was a huge liberation,” she said.

She then attended the Cleveland Institute of Art for a couple of years followed by the San Francisco Art Institute where she earned her bachelor’s degree in fine arts.

In 1975, one her works was shown in the Whitney Museum’s Whitney Biennial in New York, and she decided to move to New York.

At age 28, she went from a 5,000-square-foot loft in San Francisco to a 500-square-foot old tenement apartment in New York City. The bathtub positioned next to the kitchen sink had a metal lid so it could also serve as the kitchen counter.

She enrolled in Hunter College on the Upper East Side and earned her master of fine arts degree. She took lots of odd jobs such as painting people’s lofts and worked at the Metropolitan Museum of Art during that time. Ultimately, she accepted a position with a Japanese publisher of limited edition fine art prints where she worked for about 15 years.

Her work was shown in exhibits around New York, and she moved into a shared loft across from the first World Trade Center. In 1981, she moved from Manhattan to Brooklyn as many artists did for less expensive rent. She stopped painting abstractions and began painting her surroundings.

“It was a beautiful (Brooklyn) brownstone, and I started painting things a few feet away from me,” she said. “The only way to connect with it was to paint it.”

She started a series called the “Four Seasons.” She looked out her window and painted the four seasons in her backyard. In the winter she painted falling snow, and in the spring, flowering Forsythia and other blooming plants. In the fall, the golden leaves were her subject matter. In the summer, she translated the city heat into her paintings.

“It provided me with subject matter that I really connected with,” she said.

In 1993, Payne moved with her husband to Yoakum. Her husband’s work in the leather industry brought them to the area. Eventually, they bought 16 acres of forest, cleared part of the land and built a house and an art studio.

Her subjects range from horses and people to tanks and rivers, including the Guadalupe and San Antonio rivers. She pairs everything down to the essentials in her work.

“It’s not realism. I do a lot with color,” she said. “I don’t make things the colors that they are.”

Payne said she might make the sky or some other element of the structure of the painting orange, red or green.

“The reason I make it is because I saw something I liked. To make it into another dimension, I do things with the color,” she said. “People are not seeing everything they’ve seen a million times before. The only way to make a new experience is to alter it somehow.”

Payne said when a person is painting or drawing, the hand and the brain are connected to whatever the subject matter is.

“When you are working, it’s a pleasurable experience,” she said. “It’s proven to be good for cognition and anyone’s mental health.”

Payne is inspired by the beauty of the world.

“Everything is beautiful no matter where you are,” she said. “It’s to connect with the world, that’s the whole point for me – to be connected. Painting is my way of connecting with a world that is both strange and familiar.”

Artists in the Crossroads: Profiles in creativity