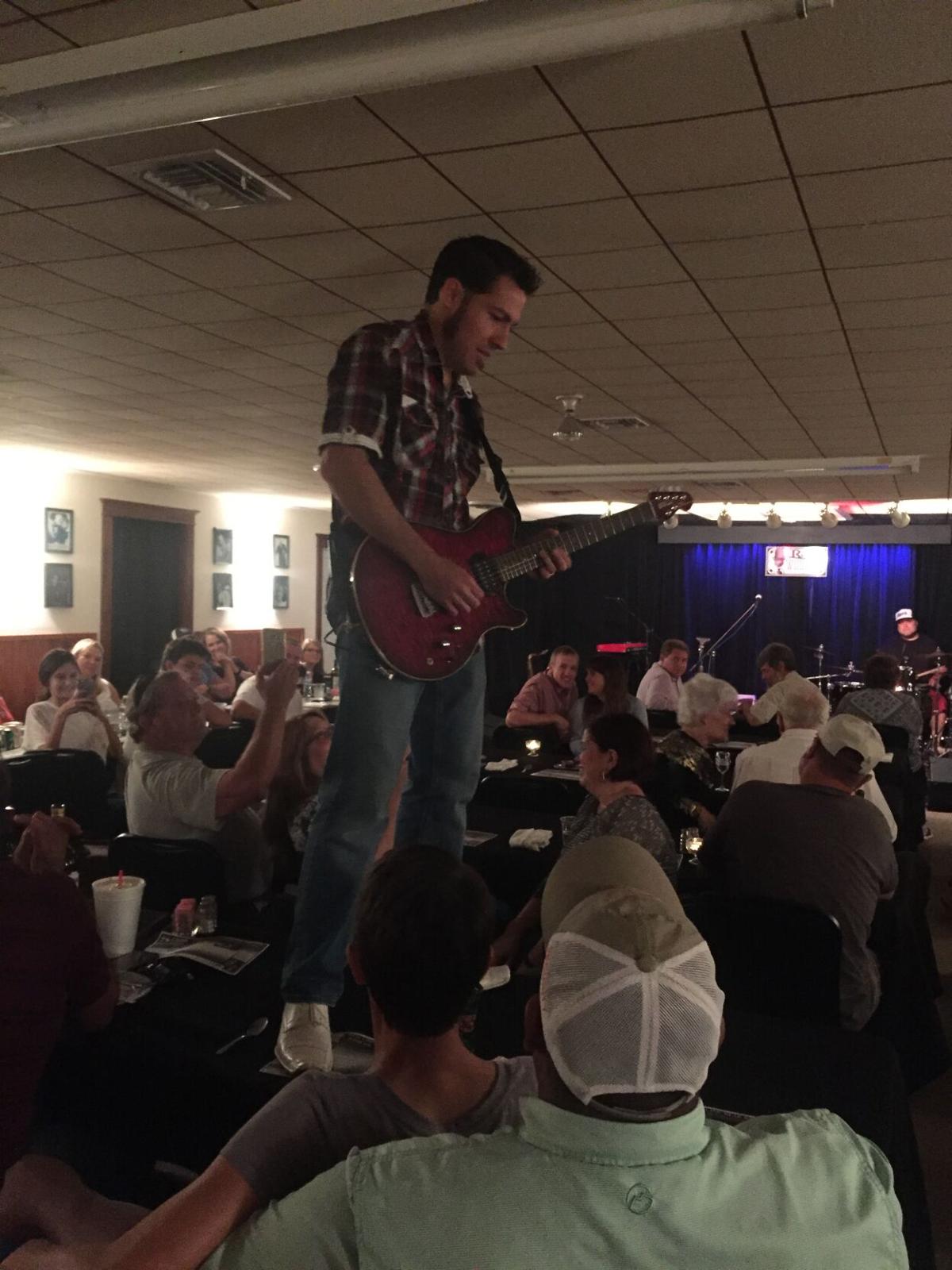 Hamilton Loomis performs on a table at the Rear Window Listening Room. 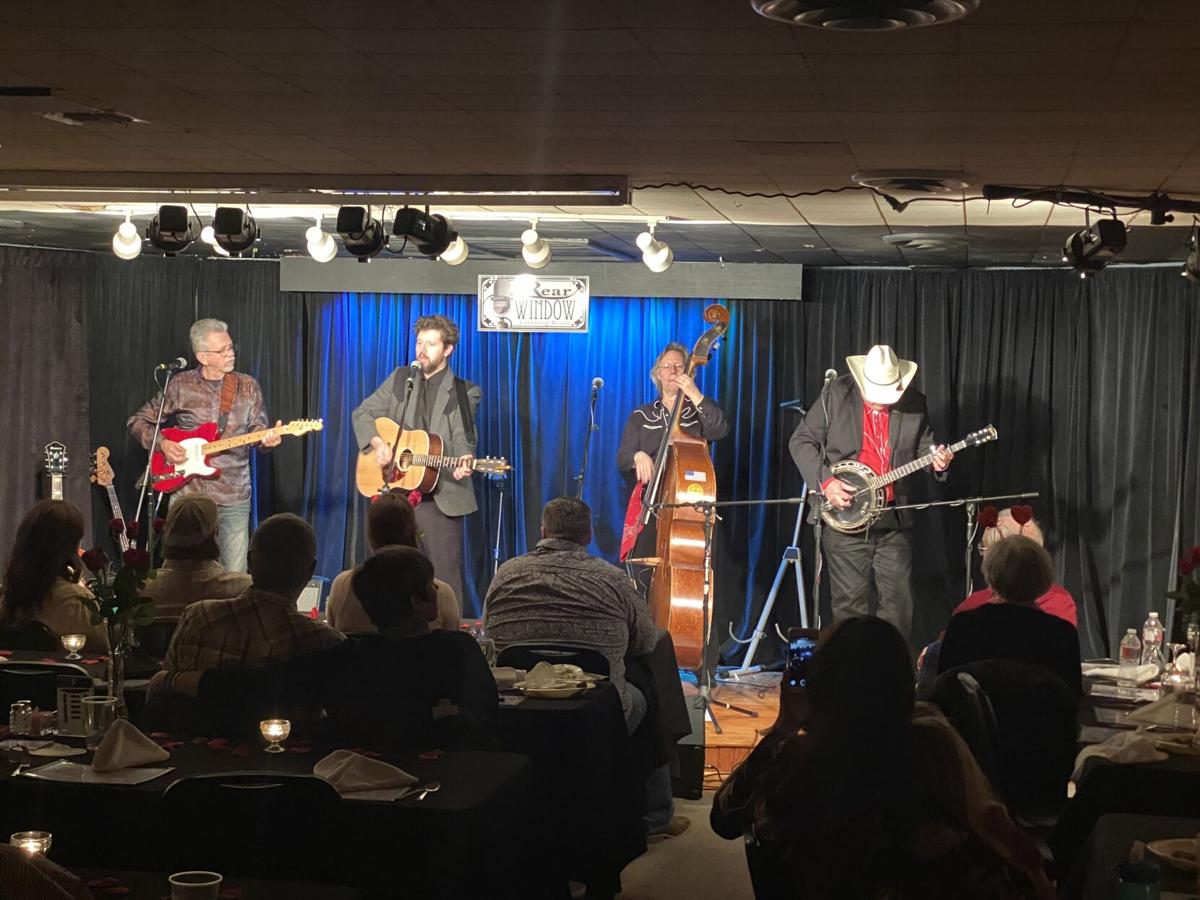 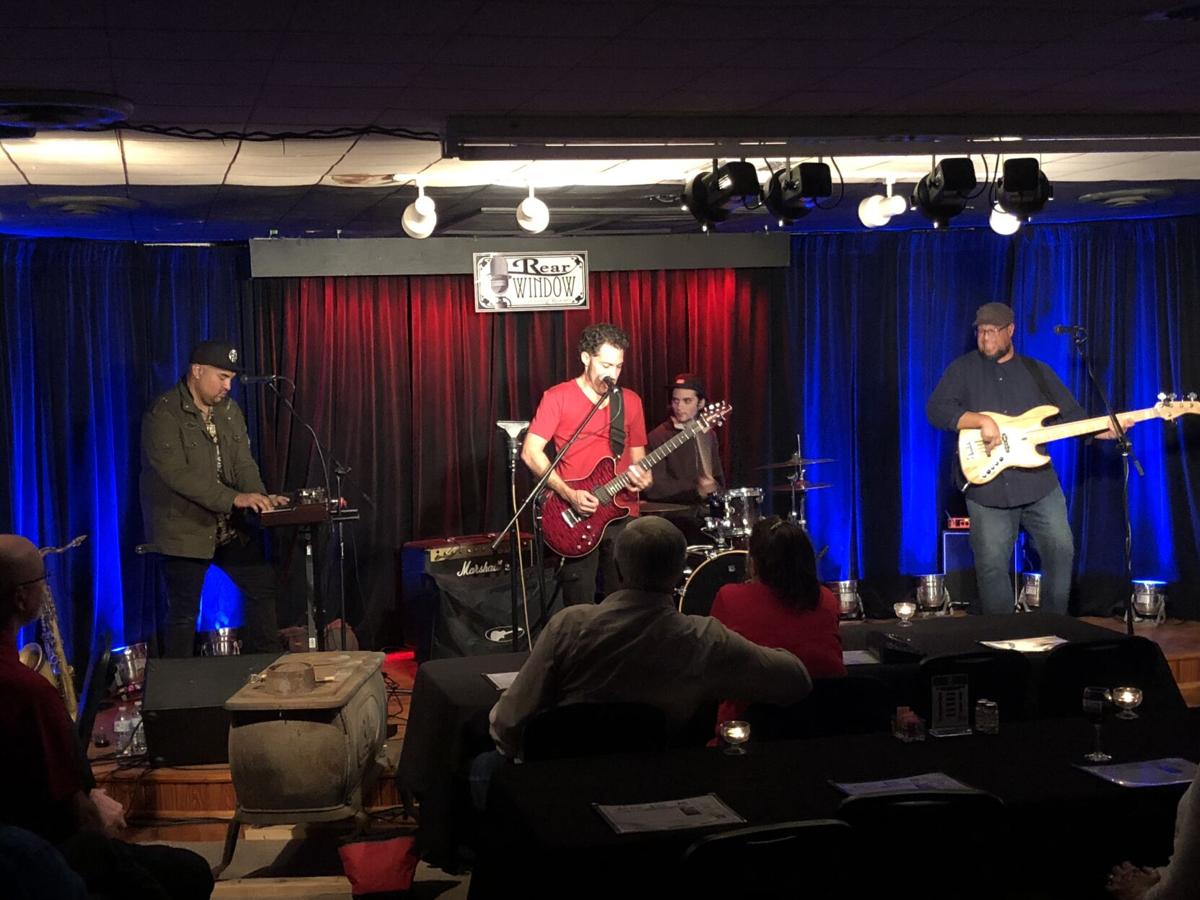 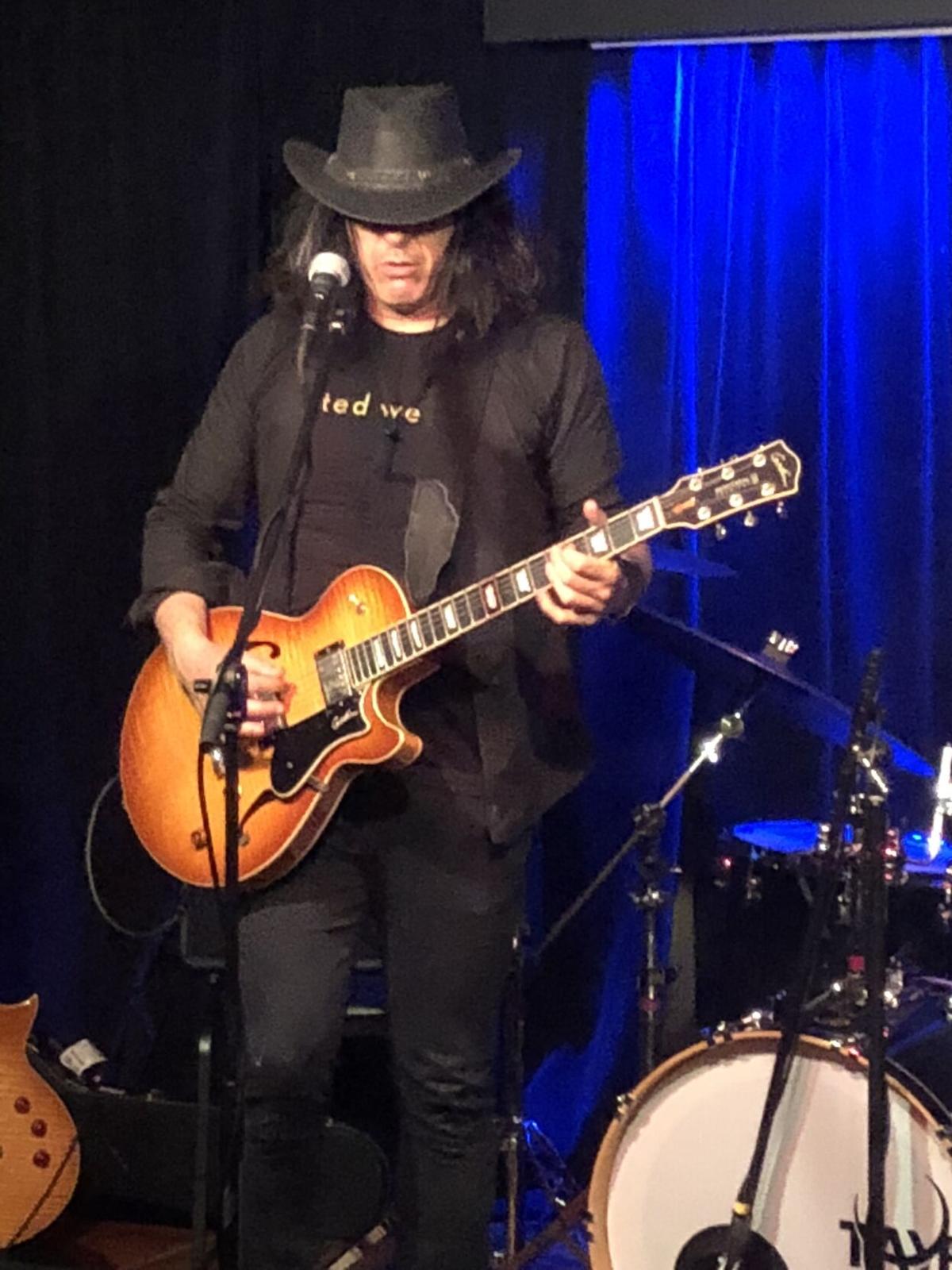 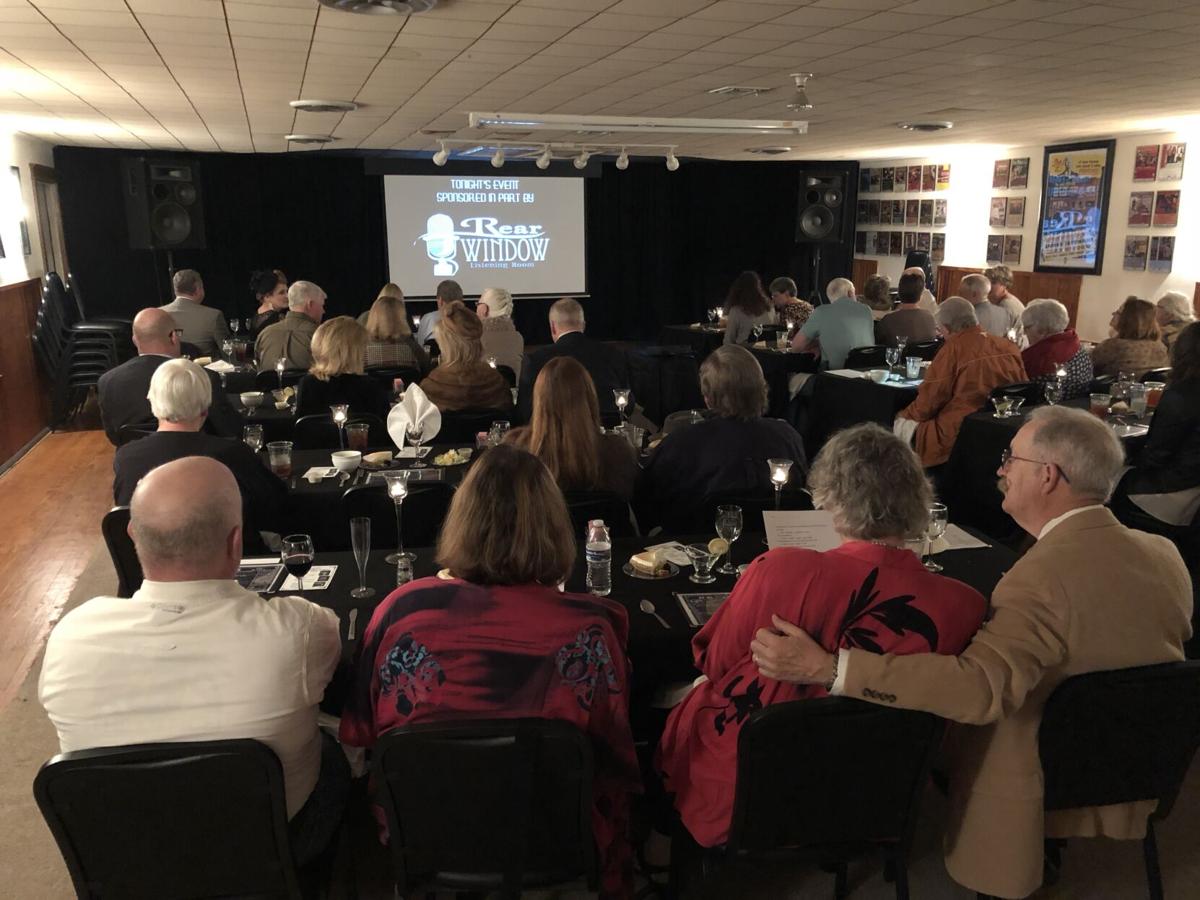 Hamilton Loomis performs on a table at the Rear Window Listening Room.

For the past decade, the Rear Window Listening Room has brought live music to the small town of Ganado that otherwise may have never been heard locally.

One of the venue’s more popular entertainers Hamilton Loomis, of Katy, will perform for its 10th anniversary celebration at 7 p.m. Saturday in Dever’s Creek Park.

“Hamilton Loomis plays blues, rock and funk,” said Clinton Tegeler, owner of the Rear Window Listening Room. “He has a unique style that combines a little from all his influences.”

Loomis has played regularly since the venue opened in 2010, and his shows have proven to be popular, Tegeler said.

Tegeler opened the listening room with partner Alan Vajdos, who died in 2017. They wanted a venue that showcased original music by talented musicians who tour the world.

“We wanted to bring something entertainment-based to Ganado, our hometown. We were both music fans, so we wanted to bring live musicians, but didn’t want to do what everyone else was doing in bars with cover bands,” Tegeler said. “We wanted to do it more like a show setting.”

The shows typically incorporate a catered meal. Tegeler said it’s like dinner theater, but with a music concert. The performances are scheduled based on who is touring and able to come through town.

“We discovered a whole world of music not played on every mainstream radio station, but they are incredible artists who do the same things: they record CDs, go on tour and play venues like this,” he said. “They play all over the world.”

Tegeler said the musicians perform hundreds of shows each year.

Notable performers include Ronny Cox, who plays contemporary folk music when he is not acting in movies like “Deliverance,” “RoboCop,” and “Beverly Hills Cop.” Also, Sean Ashby, Sarah McLachlan’s lead guitarist for about 12 years has stopped in for a performance on his solo tour. The Steel Wheels from Virginia have played their modern bluegrass. And Jeffrey East, a well-known songwriter-turned-musician, has performed.

“We have numerous folks you won’t know by name, but some of them are Grammy Award winners,” he said. “We are introducing an Austin-like live music atmosphere to a town of 2,000.”

The musicians enjoy the listening room’s format because they are not background music in some bar with dart boards and pool tables, Tegeler said. They are the main attraction.

“They appreciate playing venues like this with their original music and the audience sitting attentively listening to them,” he said.

The listening room also has hosted two movie events. “Casablanca” and “Mamma Mia” were shown with a themed dinner and drinks, costumes and movie trivia. In 2018, the listening room became home to the Townhall Players, Ganado’s community theater troupe. The troupe has performed five live plays in the venue. The Ganado Rotary Club also calls the listening room home.

Locals such as singer-songwriter Jack Motley play at the listening room as well.

“We are bringing in acts that once people start coming to the shows and listening to, make it into their regular listening,” Tegeler said. “This is not just mainstream radio, this is top quality original music at its best. We try to make people understand and get in the mindset of watching a movie. There are some you will like more than others, and some you will love. We play everything from blues and rock to country and folk to jazz.”

Popular Bands at the Rear Window

What: 10th Anniversary Celebration of the Rear Window Listening Room

Where: Dever's Creek Park in Ganado