“Fireball” by Patricia Compton is about life and death and the continuing cycle. 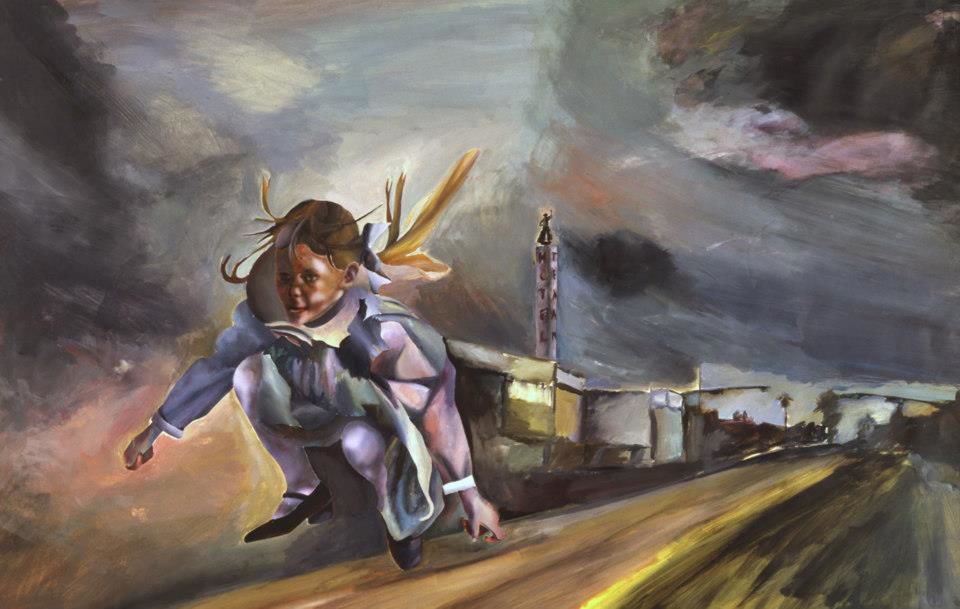 "Escape" by Patricia Compton is a self-portrait about achieving dreams. 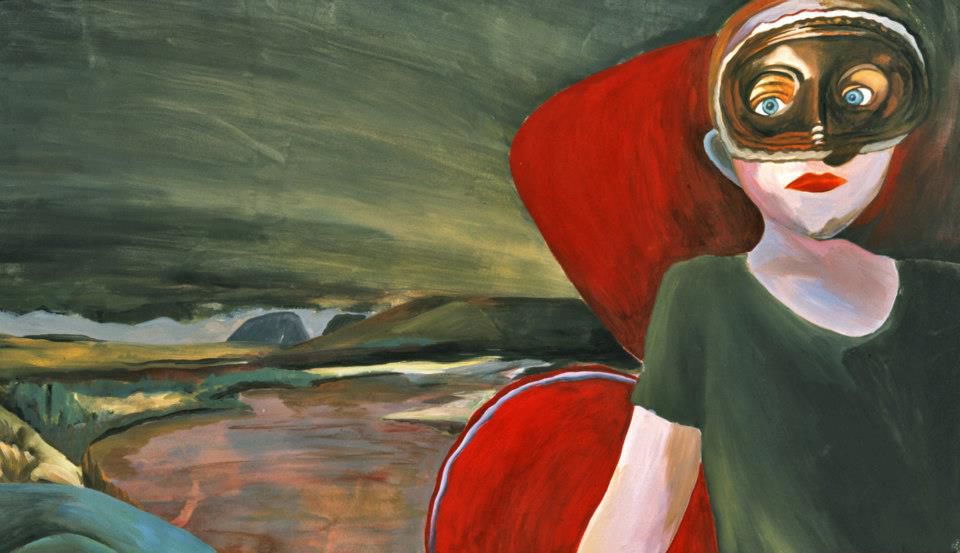 "Rio Grande" by Patricia Compton is "somewhat a self-portrait." 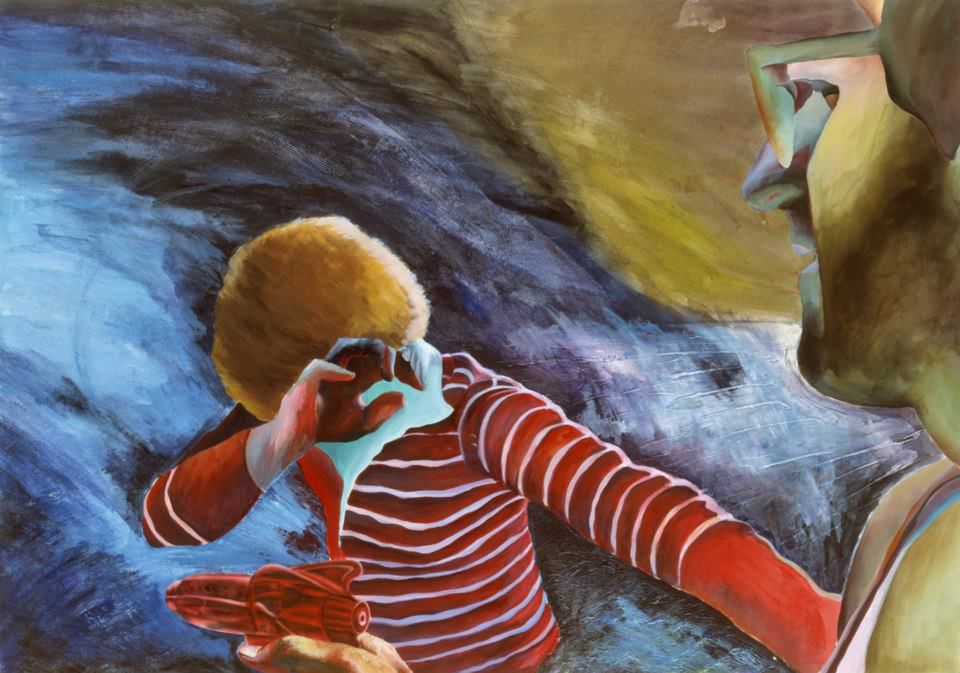 "Watergun" by Patricia Compton is inspired by people she has encountered in her life. 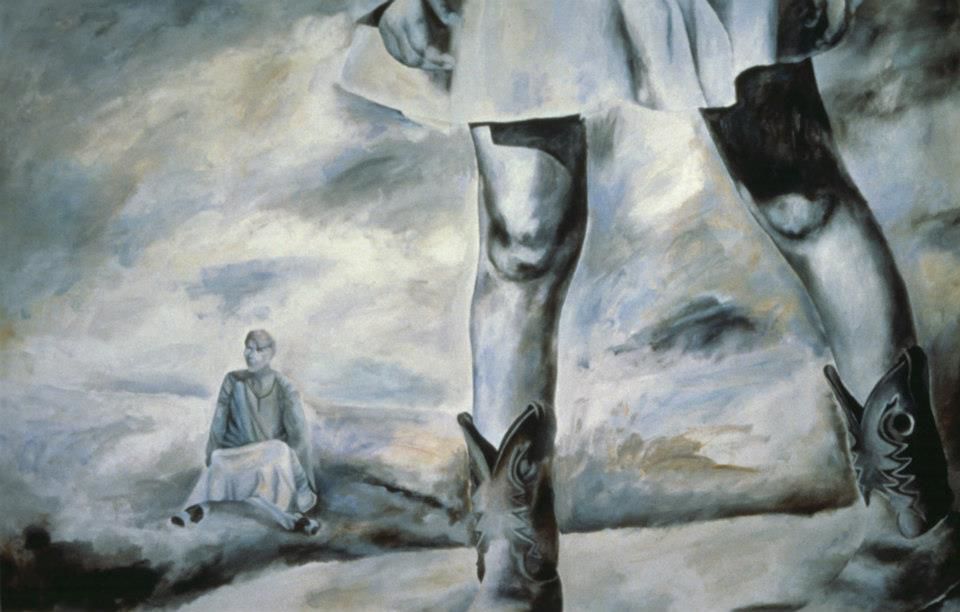 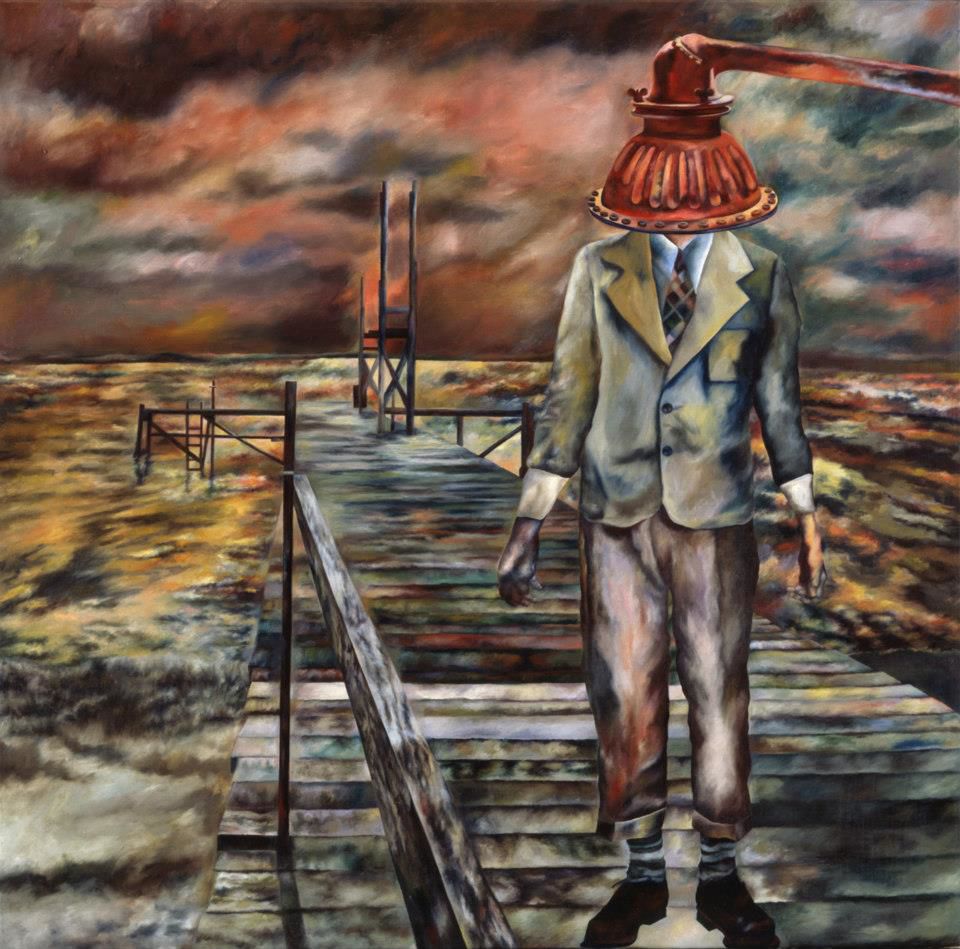 “Fireball” by Patricia Compton is about life and death and the continuing cycle.

"Escape" by Patricia Compton is a self-portrait about achieving dreams.

"Rio Grande" by Patricia Compton is "somewhat a self-portrait."

"Watergun" by Patricia Compton is inspired by people she has encountered in her life.

Patricia Compton, of Goliad, has always told symbolic stories about underdogs through her paintings. When she picked up her first stray dog at Presidio La Bahia in Goliad on April 12, 1999, her passion for underdogs took on a more literal meaning, and she embarked on a decadeslong dedication to dog rescue.

“Underdog,” an exhibit of almost 20 of Compton’s oil, watercolor and acrylic paintings, will open to the public July 26-Sept. 8 at the Nave Museum. A members-only preview party including an artist’s talk will kick off the exhibit 6-8 p.m Thursday.

Compton, who was born in Refugio and reared in Goliad, earned a degree in design from the University of North Texas before she ventured off to New York City where she lived for a decade. During that time, she made a living as a graphic designer and illustrator and pursued painting, her passion, on the side. Before returning home in 1997, her career as a painter had begun to flourish with shows in New York and Washington, D.C.

On a sightseeing trip in 1999, a friend visiting from out of state pointed to a dirty, mangy dog on the grounds of the historic Presidio La Bahia and, in disgust, insisted that Compton take her home. While stray dogs were a common sight for Compton growing up in Texas, they were uncommon for her friend, who grew up in a different part of the country.

This encounter led Compton, a self-described underdog who had always empathized with them, also to recognize unwanted and abandoned dogs as underdogs, just like those who had always inspired her work as an artist.

Also influencing her work were “epic dreams,” which she described as both blessings and curses.

“I paint a lot from my dreams, and some are beautiful and some are absolute nightmares,” she said. “I paint them to get them out of my head, and once finished, they continue their own cycle of life for whoever buys them and sees them.”

Art shows, she said, are always interesting because every person perceives her work differently.

“That’s the beauty of symbolic paintings – not one single person has the same read on it,” she said.

One of her paintings, “Fireball,” which she described as eerie, has inspired controversy at other shows. The painting, which features a burning flag among many other elements, was thought to be anti-American by some. The irony is that a U.S. Marine and Navy pilot purchased the painting, she said.

“He saw what I intended, a patriotic painting, not un-American,” she said. “Actually, it’s about birth and death and the continuing cycle of life.”

“Blue Dive” is a large painting that depicts a boy diving into a field of bluebonnets, buttercups and other springtime flowers. The inspiration for the painting came from a beautiful dream Compton had about diving into a soft cushion of colorful flower petals. A man wanted to purchase the painting, but his wife would not have it.

“He was mesmerized by the painting because he saw what I envisioned, but when he went off for a minute to discuss it with his wife, she told him she would divorce him if he bought it,” she said. “She thought it was about abortion, that a cord hanging off the boy’s shorts was an umbilical cord.”

“Watergun” was inspired by a scene Compton witnessed daily – rain, shine or snow – in Connecticut. Every morning, a developmentally-challenged young man threw off his clothes and ran into the ocean, and his younger sister ran after him to bring him back.

“He was so innocent and sweet and mistreated a lot,” she said.

In her painting, a young man hides his face just before a wave crashes over his head and a man points a water gun at him.

“A guy sprays water on him just out of meanness,” she said. “Something horrible is about to happen, and he adds a few drops of water to a huge wave.”

“Rio Grande,” one of her paintings owned by a San Antonio attorney, features a person with red butterfly wings wearing a mask. “Somewhat a self-portrait,” the painting is an early work that depicts a person at “the river and the border, in camp at the borderline,” she said.

Also a self-portrait painted long ago, “Escape” depicts a young girl jumping into the air with her pigtails flying. The inspiration for the painting is “the idea of a kid having a dream of wanting to escape and fly with her life,” she said.

“It’s about big dreams, wanting to do something, and it’s tough, and there’s not a lot of chance of getting out, but you do it anyway,” she said.

Compton’s art career has “gone to the dogs” since she started her rescue work. For 20 years, the dog rescue needs have been so great that little time has been left for painting. Sometimes the dogs come from healthy environments, but they more often come from places where they have been mistreated. Therefore, she must spend months getting them to the point where they are adoptable, and she has rehabilitated and found safe, loving homes for hundreds of them.

“I’m good at dog rescue, these beaten and mangy dogs,” Compton said. “I can usually turn them into something loveable and adoptable.”

Compton does her best to cover the expenses of rescuing dogs through her painting and donations, and she works closely with God’s Dogs Rescue in San Antonio. In fact, the organization recently gave her a new van because hers had become unreliable after hauling so many dogs around the country for so many years. Compton desires more balance in her life – to paint more and rescue less – but she said achieving that is going to take people becoming more responsible with their animals.

She named her art studio Doghouse Arthouse, and her dream is to build a place where she can combine her passions, art and dog rescue, and both can flourish in the community through practice and education. She envisions an environment where she and other members of the community, especially children, can teach, learn about, and practice animal husbandry and art, and the sale of artwork can help support the rescue work.

What: "Underdog" by Patricia Compton