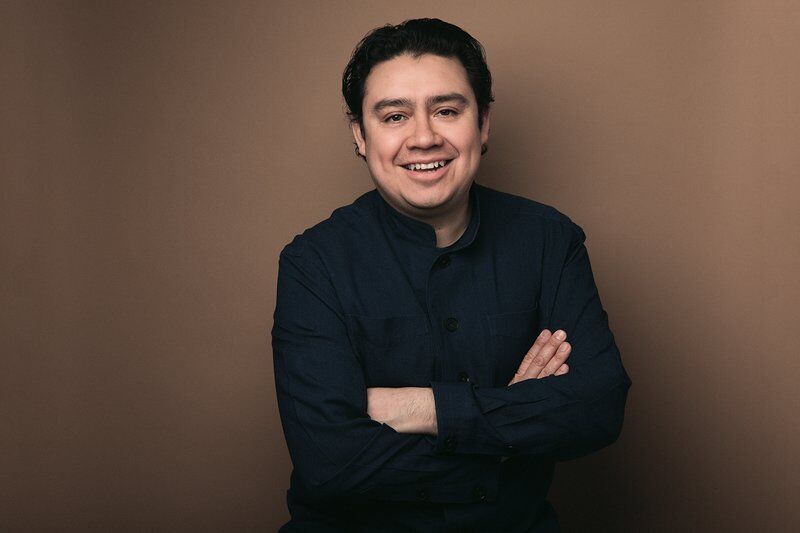 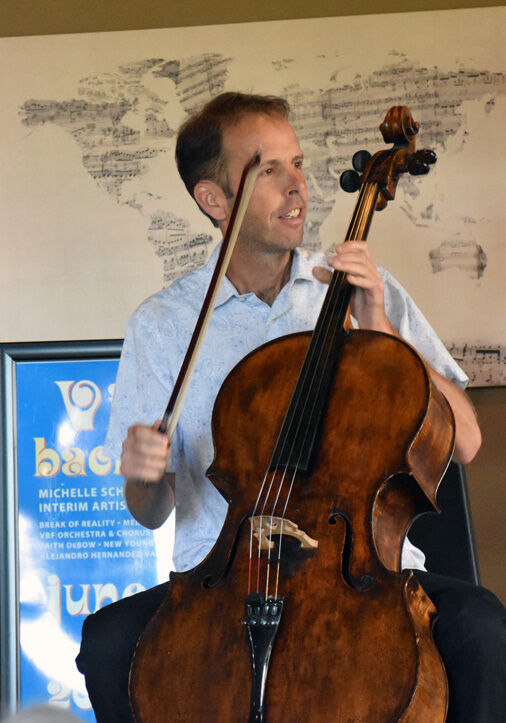 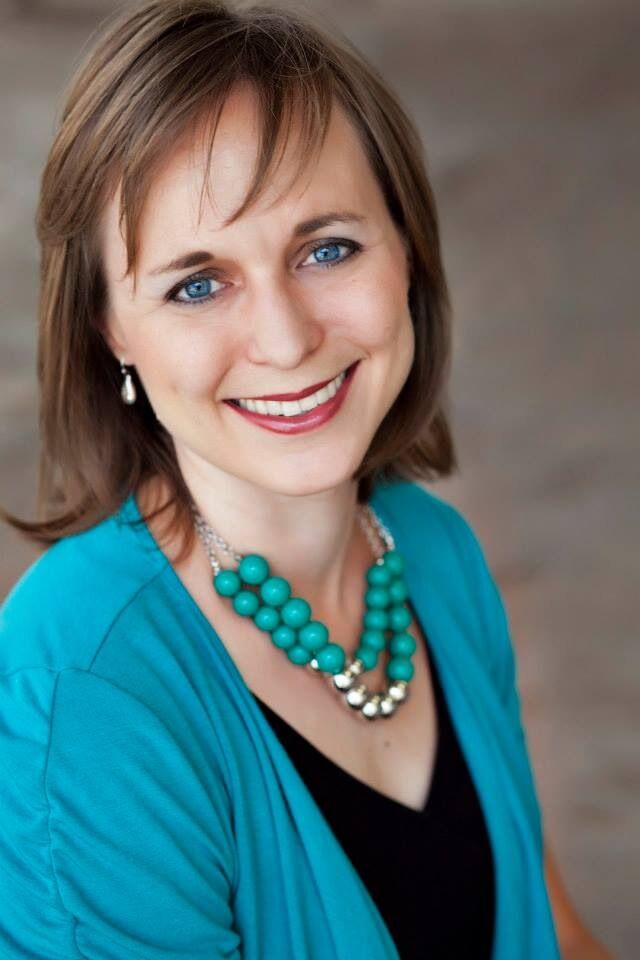 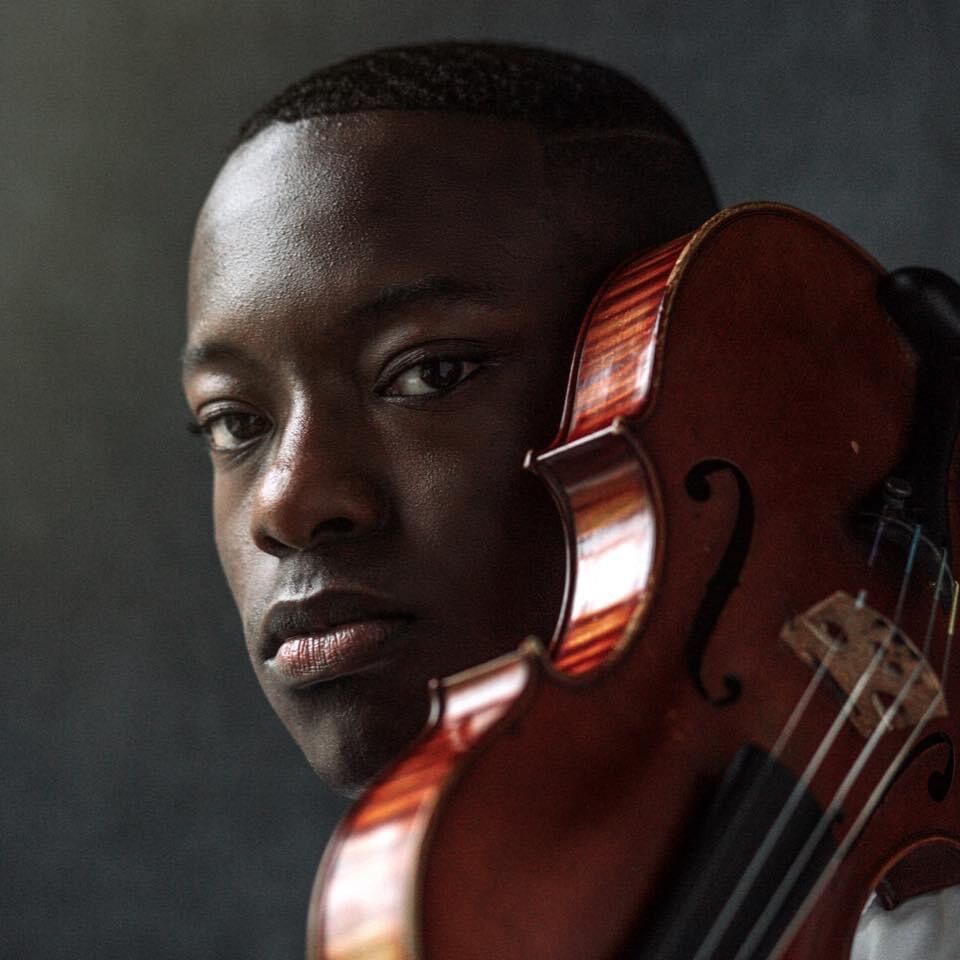 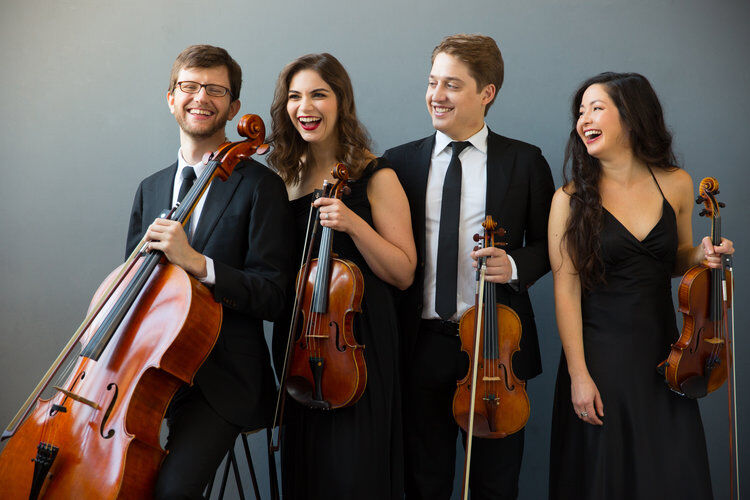 “I think the big celebration is that we are returning to live music and being together again,” said Nina Di Leo, executive director of the Bach Festival. “It’s a special annual reunion of audiences and music and music lovers from all over the country who come together to celebrate music being made live in the room — that’s the heart of our mission and experience, and we’re very glad to be able to offer that to audiences again.”

Faith DeBow, a pianist and member of the Texas State University faculty in San Marcos, has been involved with the Bach Festival for more than a decade. She is coordinator of the Emerging Artists Program, which has been in existence since 1991. Two artists early in their careers, between the ages of 16 and 30, are selected each year for the festival through an application process. Whether they are singers or instrumentalists, they always are able to communicate to a wide audience, DeBow said. This year’s emerging artists, cellist Holden Bitner, of Tennessee, and violinist John Uzodinma, of Mississippi, will perform at noon Wednesday at First United Methodist Church.

“It was completely unintentional that four of the seven composers are women, and many fantastic women composers don’t get the attention they deserve,” DeBow said of the Emerging Artists Program planned for this year.

American composer William Grant Still’s “Mother and Child,” which also is not as well known, will be featured as well.

“His work is wonderful,” DeBow said. “It’s based on art showing a mother and child and evokes comfort and peace.”

The Emerging Artists Program also will feature Maurice Ravel with a “gypsy-based violin fireworks showpiece that shows off what the violin can do.”

On Friday, DeBow will perform with Austin guitarist Brent Baldwin in Mystic Journeys at noon at First United Methodist Church.

“He’s (Baldwin) assistant conductor and a composer and arranger who leads a group, Panoramic Voices, in Austin. He’s a creative and talented guy so I’m excited to share a program with him. We’ve never gotten to work directly together, so it’s been fun putting our heads together,” DeBow said. “I knew it would be a unique, creative experience working with him, and it has been.”

DeBow called Mystic Journeys a “delightful adventure that is unexpected and feels right at the same time.” The instrumentation is interesting with some music originally written for guitar being played on the piano and vice versa.

Choral and orchestral conductor, pianist, composer and arranger Alejandro Hernandez-Valdez said he is excited about returning to making music for live audiences, which he was deprived of for an entire year because of the pandemic. Hernandez-Valdez created the programming for the five-day festival. He also is a performer involved in two concerts, Summer Serenade Thursday evening and A Little Night Music Saturday evening. Both of his performances will be for a string orchestra.

“Few types of music have as much power to soothe the soul as music for strings,” he said. “There is a calm-like quality to the sound of a string orchestra, which is particularly appropriate for this moment returning from the pandemic. There are mixed feelings — we are happy to be enjoying music for the first time, and at the same time, we’ve gone through suffering and loss.”

Hernandez-Valdez said the festival is like a family reunion for him and the other musicians who come together once a year to make music in Victoria, which, in a sense, feels like home.

“There’s something special about the community,” he said. “The community is like a family. Even though I live in New York City, I feel like I go home when I go to Victoria. They welcome us into their families and homes. The community is very special and all the musicians feel the same way. I can’t wait to return. It feels like a family reunion every time.”

Because the musicians from across the country make music together only once a year, the atmosphere and energy are always special, he continued. That dynamic will be heightened this year because of the pandemic.

“For many of us, this is the first time we will be performing live in a year at this scale,” he said. “I don’t even know how we are going to react — we will be very moved that the audience and performers will be sharing this moment again. It’s like being without food, air or water for a long time, and all of a sudden, a sense of receiving this gift.”

“It’s such a special thing to have in a relatively small town — a high-quality festival,” he said. “I encourage people to take advantage of it — it’s as high quality as what you see in New York City, LA and San Francisco right in Victoria, the heart of Texas. It might be a five-minute ride in the car to get to world-class music.”

Admission: Noon concerts - pay what you can, $10 suggested at the door; Evening concerts Tuesday- Friday $20; Saturday $25.