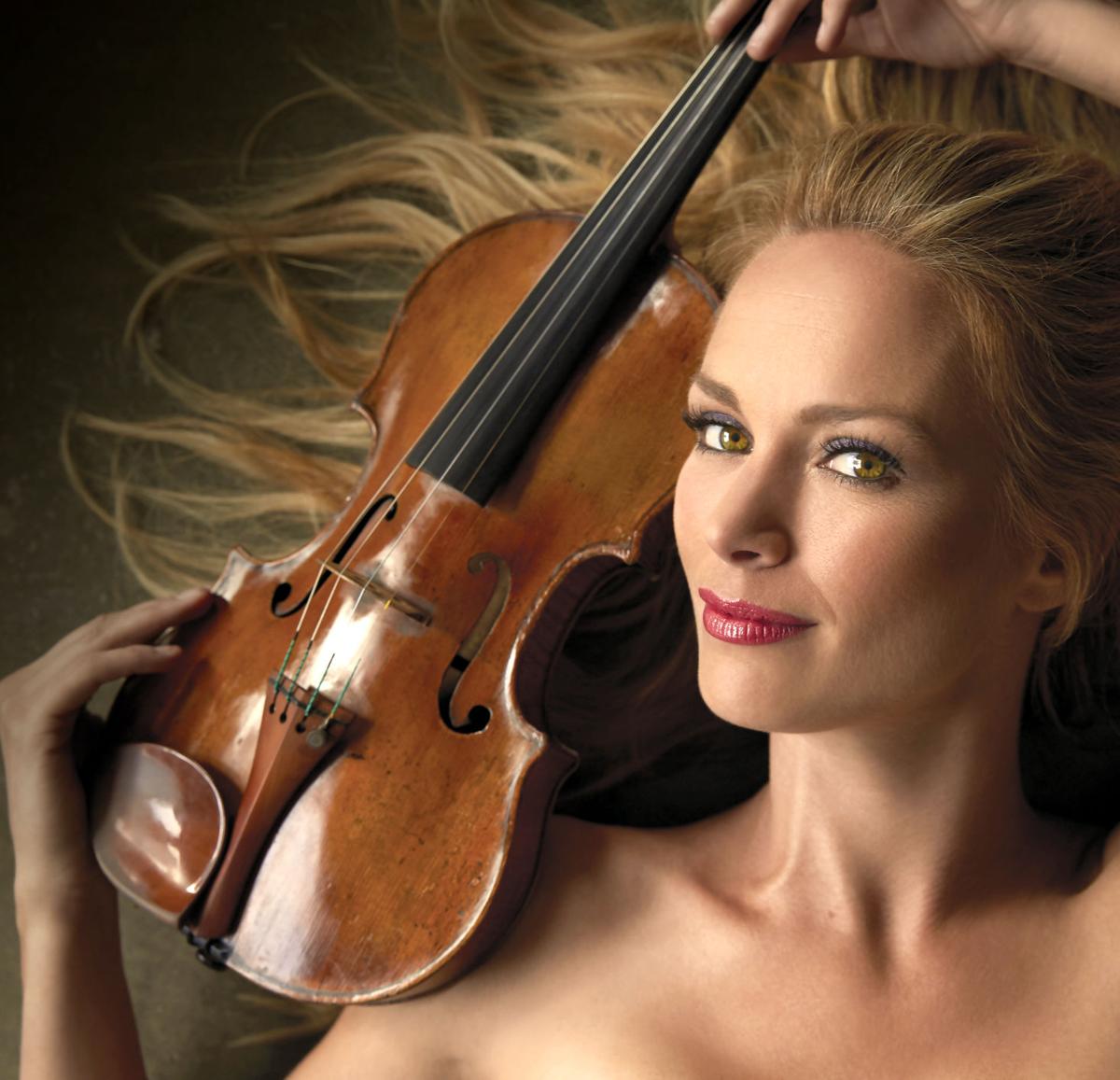 Classical crossover violinist Caroline Campbell will perform at the opening of the 46th season of the Victoria Symphony Orchestra on Sept. 21. 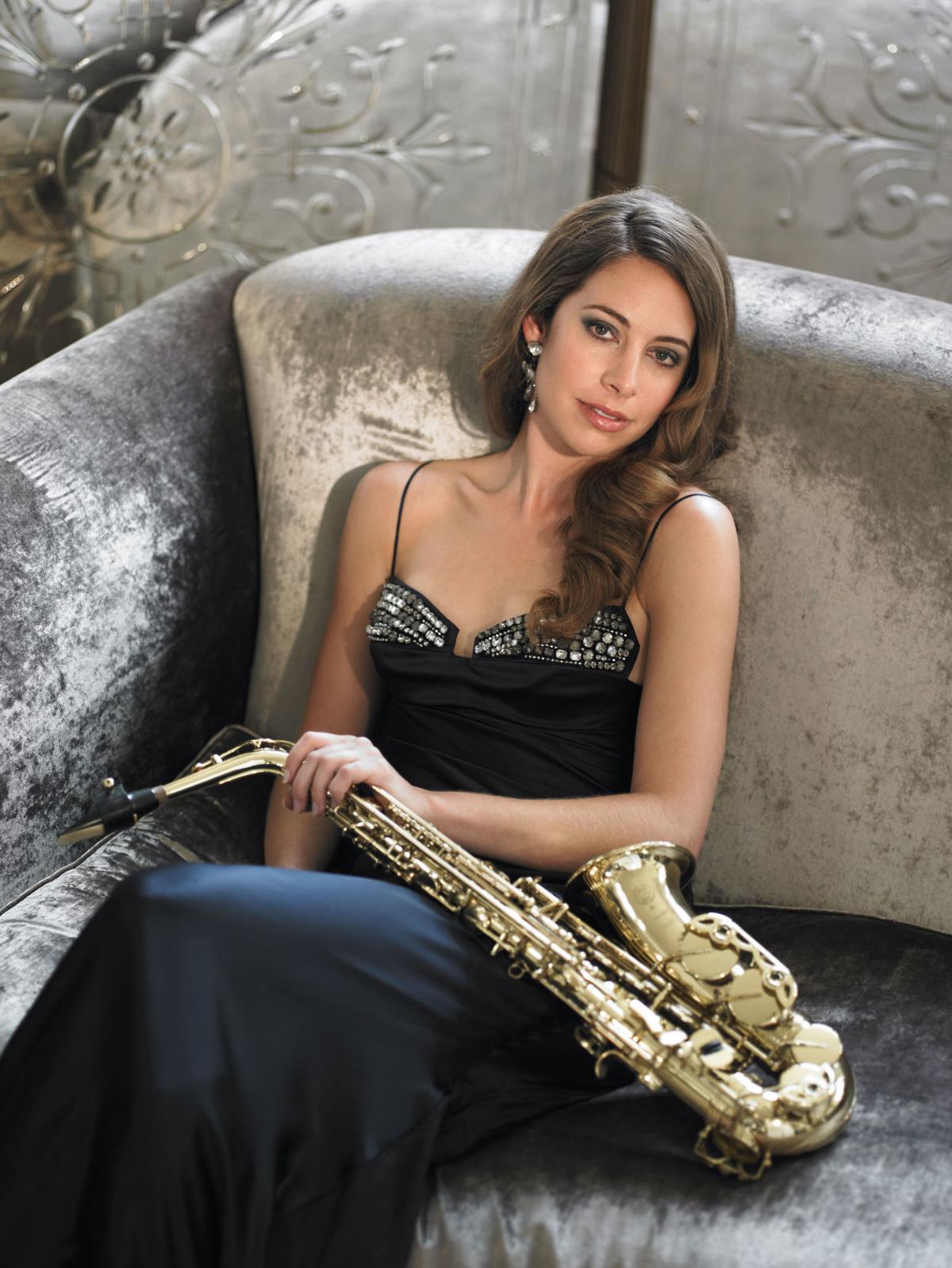 Saxophonist Amy Dickson will perform Saturday with the Victoria Symphony Orchestra. To be eligible to win two tickets to the concert, submit your event before 1 p.m. Friday to Discover361.com. 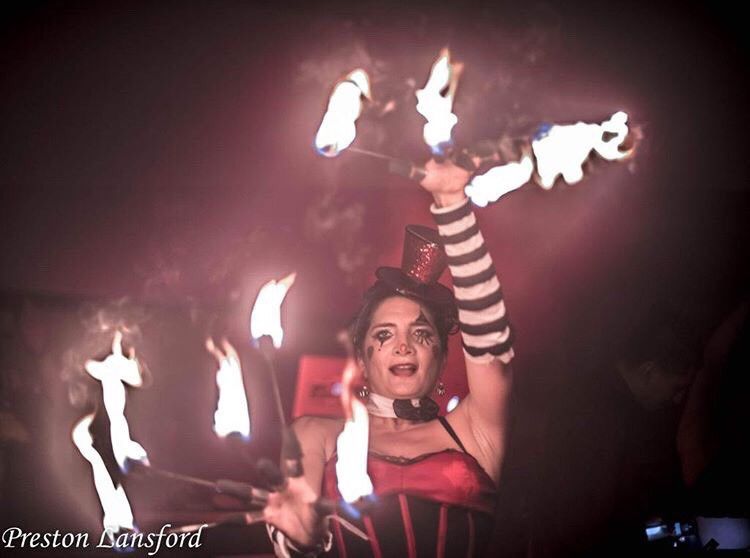 Classical crossover violinist Caroline Campbell will perform at the opening of the 46th season of the Victoria Symphony Orchestra on Sept. 21.

Saxophonist Amy Dickson will perform Saturday with the Victoria Symphony Orchestra. To be eligible to win two tickets to the concert, submit your event before 1 p.m. Friday to Discover361.com.

“Virtuosos,” the first of five concerts of the 46th season of the Victoria Symphony Orchestra, will feature classical crossover violinist Caroline Campbell performing a hybrid arrangement of themes from Hans Zimmer’s score for “Pirates of the Caribbean” and French composer Camille Saint-Saens’ “Danse Macabre.”

With the orchestra, she will perform other unique arrangements as well as Gustav Mahler’s Symphony No. 5 at 7:30 p.m. Sept. 21 at the Victoria Fine Arts Center.

Campbell has “classical chops” but has performed with famous mainstream musicians including Paul McCartney, Barbra Streisand and Sting, said Darryl One, the music director for the Victoria Symphony Orchestra. The first concert starts with “Short Overture to an Unwritten Opera,” a catchy 1940s piece with Latin flavor written by Don Gillis, a composer of popular television and radio music with a sense of humor, One said.

One has heard from classical musicians who travel from other cities such as Austin, Houston, Corpus Christi and San Antonio to perform in Victoria that the Victoria Symphony Orchestra is artistically one of the best in South Texas.

One believes this is possible because of the “stabilizing force” he has provided in Victoria since 1995, while other area symphony orchestras, such as Corpus Christi’s, have seen as many as four music directors during that time. When leadership changes, the orchestras go through periods without leaders. And when new directors arrive, they come with different viewpoints and the need to become familiar with the musicians and the community, he said.

One also described the breadth of his experience conducting small and large orchestras as an advantage. He has had the “privilege” of conducting orchestras in cities such as Atlanta, Houston and Detroit as an associate earlier in his career. These experiences have helped to formulate standards to which he has become accustomed.

Because of his long-standing tenure in Victoria, One said he knows the group’s strengths and weaknesses. This knowledge enables him to select musical repertoires that are appropriate but challenging enough to raise the bar. He selects pieces that fulfill his and the musicians’ bucket lists. For example, One has wanted to perform the last concert of the season, “An Alpine Symphony,” since he became a conductor.

This season is epic because the orchestra is performing work not possible 10 years ago, he said.

“I came in not thinking that I wanted to do huge masterpieces, whether the orchestra could do them or not, because I wanted my resume to show I had done them,” One said.

Rather, One’s goals when he arrived were to produce the best possible concerts and approach the quality of work being produced by bigger orchestras within the confines of a smaller orchestra over the long term. An increase in talent coming out of “wonderful conservatories” across the country has helped offset the fact that smaller orchestras cannot match the pay of larger ones. He compared the increase in talented musicians to track athletes who consistently break records in races every year because of improved training. As a result, One can choose from a stronger pool of musicians than 10 or 20 years ago.

The October concert, “An Appalachian Symphonic Escapade,” features Amy Dickson on saxophone, and the February concert, “Tangos and Serenades,” features Hanzhi Wang on accordion. Dickson plays the saxophone on the soundtrack for the movie, “Catch Me If You Can.”

“I’ve been wanting to do some unusual instruments for a long time, but you have to get the right pieces and players at the right time,” he said. “A lot of stars aligned.”

In January, “Super Diamond – The Neil Diamond Tribute!” will meet with an approving audience because the star has “a huge following,” One said. He added that finding musicians each year with enough charge to play with an orchestra is challenging.

This season finale, “An Alpine Symphony” by composer Richard Strauss, will feature pianist Sean Chen, a 2013 Cliburn Bronze Medalist. This is the last of five seasons that will feature a Van Cliburn International Piano Competition pianist, which was made financially possible by Tina and James Wayne.

Strauss is the most romantic of romantic-era composers, and he uses the orchestra extremely well, One said.

Teri Murray, president of the Victoria Symphony Society, said the symphony orchestra has turned its focus to broadening audience reach.

“Darryl has worked hard to keep that in mind as he looks for programming and as we think about new ways to introduce ourselves to people in the community who are not familiar with us yet,” Murray said. “You don’t have to be a purist in the classical sense to come and enjoy concerts.”

Murray said expanding the audience to include a younger patron base is a challenge that symphony orchestras are tackling head-on across the country.

Patrons who love the classics will still get plenty of music by composers such as Mahler, Strauss, Brahms, Rossini and Tchaikovsky this season.

Also this season, beer, wine and champagne will be available for purchase at all events except the Symphonic Spooktacular.

With a crossover classical violinist, virtuoso musicians playing instruments new to the Victoria Symphony Orchestra and the last Cliburn pianist, the orchestra is “pushing it” this year, One said.