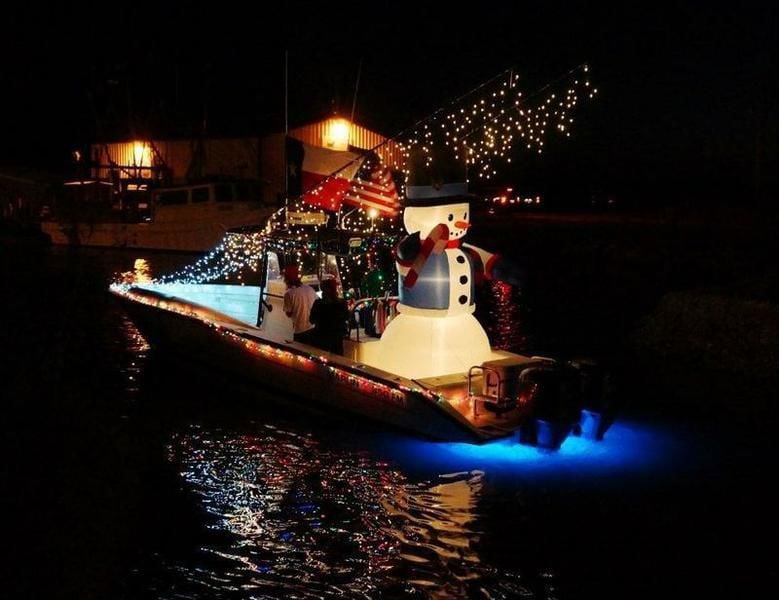 The Port O’Connor lighted boat parade kicks off at dusk on Dec. 7. Spectators can expect about 30 boats decked out in holiday-themed decorations. 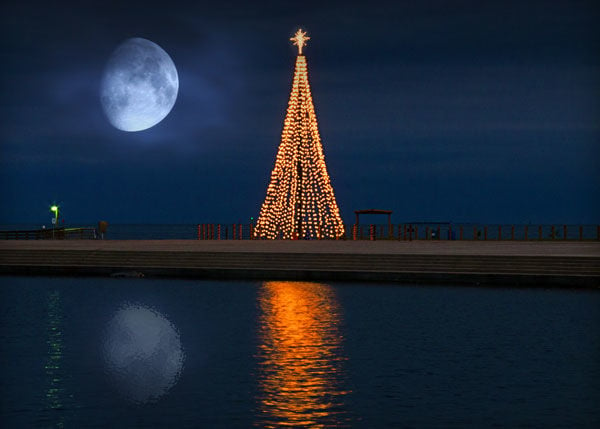 The Port Lavaca Christmas tree stands about 40 feet tall and can be seen from the water in this file photo. This year’s annual lighting of the tree is Dec. 6.

The Port O’Connor lighted boat parade kicks off at dusk on Dec. 7. Spectators can expect about 30 boats decked out in holiday-themed decorations.

The Port Lavaca Christmas tree stands about 40 feet tall and can be seen from the water in this file photo. This year’s annual lighting of the tree is Dec. 6.

Calhoun County is gearing up for a weekend filled with holiday celebrations.

At 6:30 p.m. Dec. 6, families can bundle up and head downtown to Main Street for the annual Festival of Lights Parade. This year’s parade theme is Rockin’ Around the Christmas Tree.

Illuminated floats will line up at the Calhoun Sandcrab Stadium and proceed onto Sam Faubion Drive and south on Virginia Street before turning left onto Main Street and continuing directly to the Bayfront Peninsula Park, Port Lavaca Chamber of Commerce staff said.

Make sure to look out for Santa, who will ride on a city fire engine.

A Christmas tree-lighting ceremony at Bayfront Peninsula Park is scheduled to follow, sponsored by the city of Port Lavaca and the Port Lavaca Chamber of Commerce. Attendees can dance to Christmas tunes, visit with Santa and sip hot chocolate while roasting marshmallows over toasty fire pits.

The dates of the Christmas tree lighting and parade are subject to change depending on weather and high school football playoffs, according to the chamber.

A dazzling boat parade will take place at nightfall on Dec. 7 in Port O’Connor, where decorated boats will light up the Intracoastal Waterway with holiday spirit from Larry’s Harbor to Clark’s Bait Shop.

Registration for the parade is on the day of the event, but as many as 45 boats have participated in the past, said Mary Jo Walker, Port O’Connor Chamber of Commerce vice president. The chamber gives out awards for boats in different decorating categories, such as best Christmas theme.

“Some of the boats throw parade necklaces and candy,” she said. “It is a fun little family getaway and some business along the Intracoastal, like the bait stands, stay open and serve chocolate and cookies.”

Many of the boats that have participated in the past are part of the Freeport to Port O’Connor Toy Run, which takes place on the same day.

Boats filled with toys travel 72 miles from Bridge Bait & Tackle in Freeport to Port O’Connor to benefit the Adopt-An-Angel Program, which provides toys to more than 400 at-risk children in 11 counties along the Texas Coast.

“Doesn’t matter if it is 30 degrees or 80 degrees, they cross the bay,” Walker said. “We probably wouldn’t have the boat parade if it was just locals doing it ... those people help make it happen.”

WHAT: Festival of Lights Parade

WHERE: Main Street in Port Lavaca