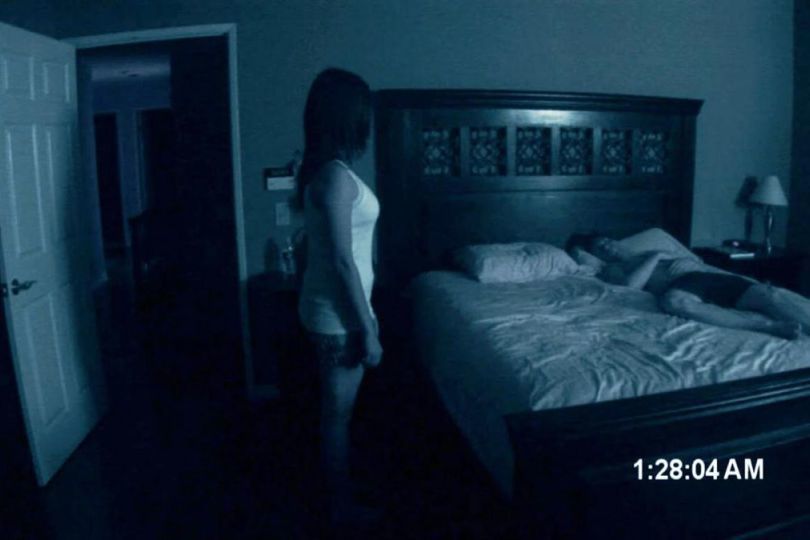 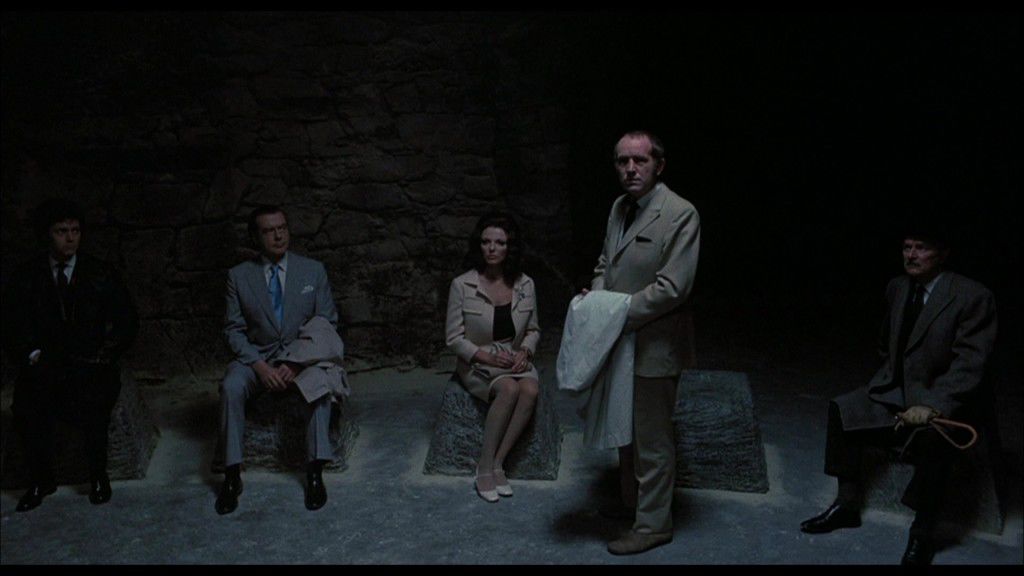 “Tales From The Crypt” 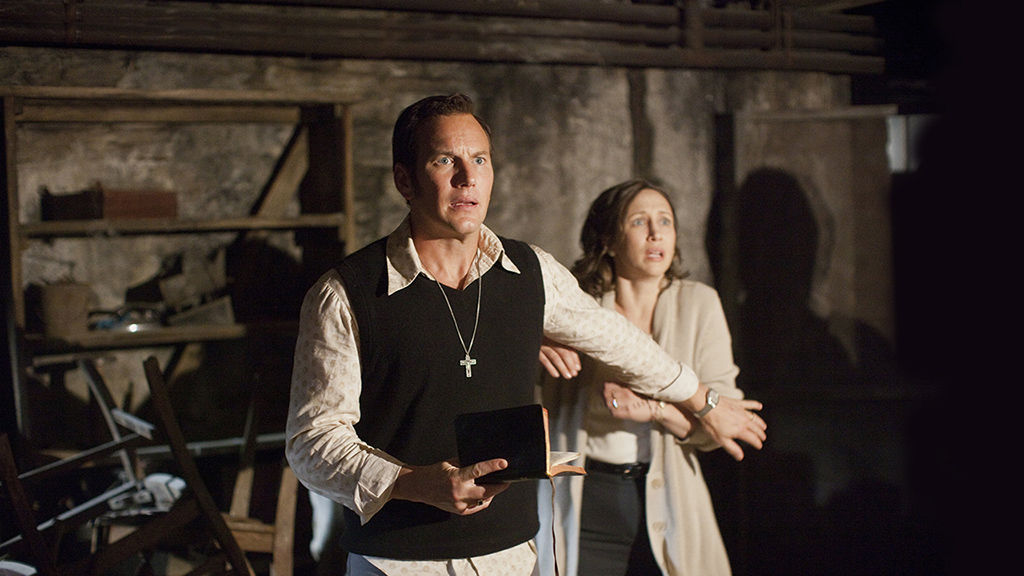 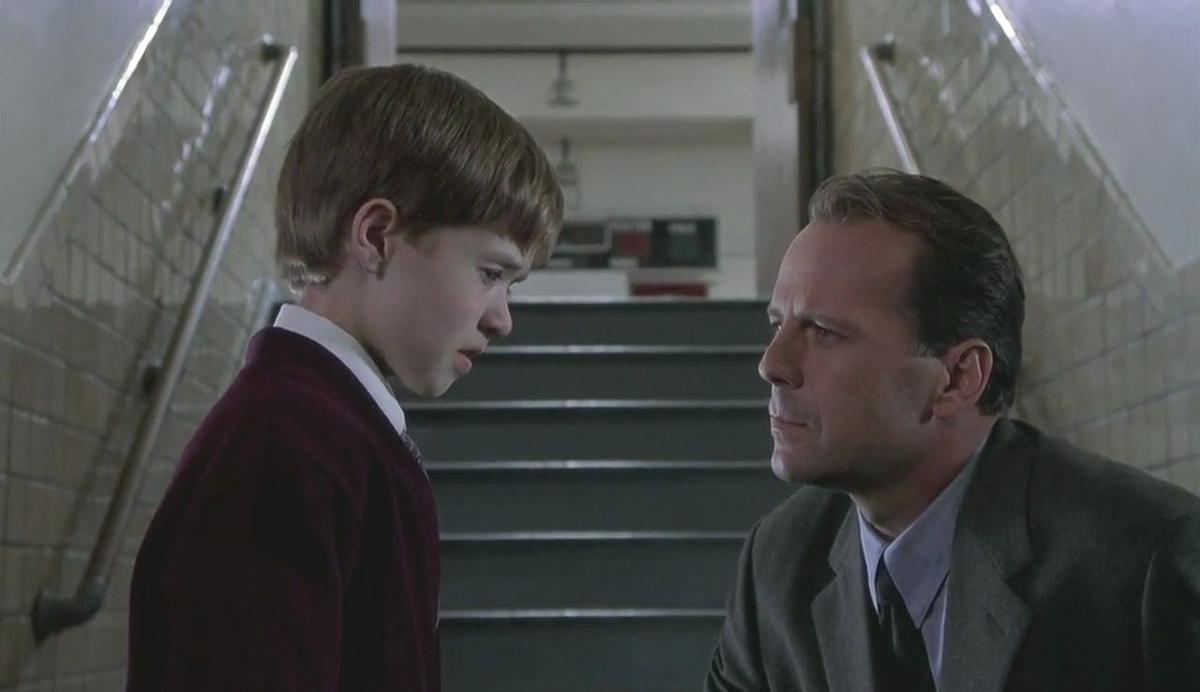 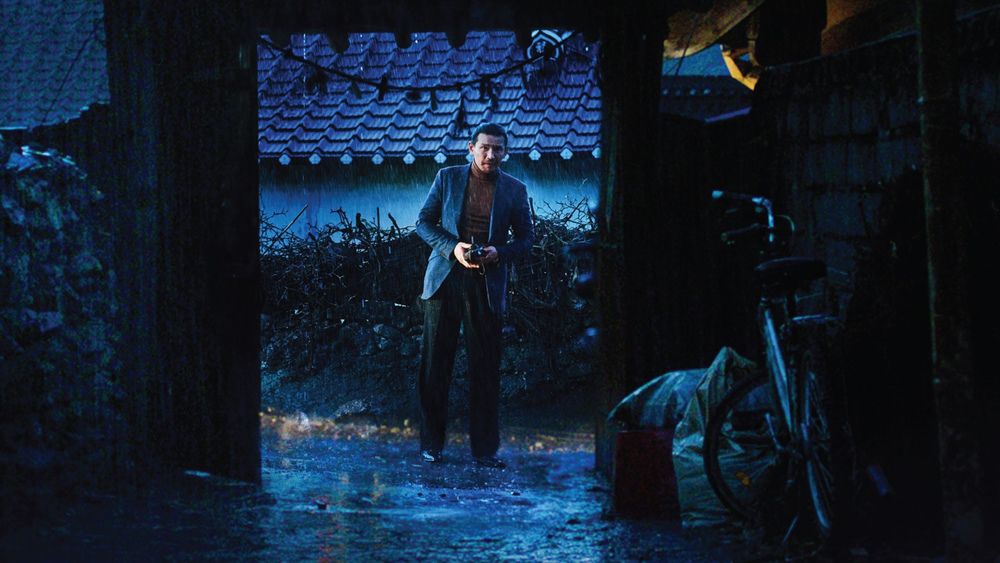 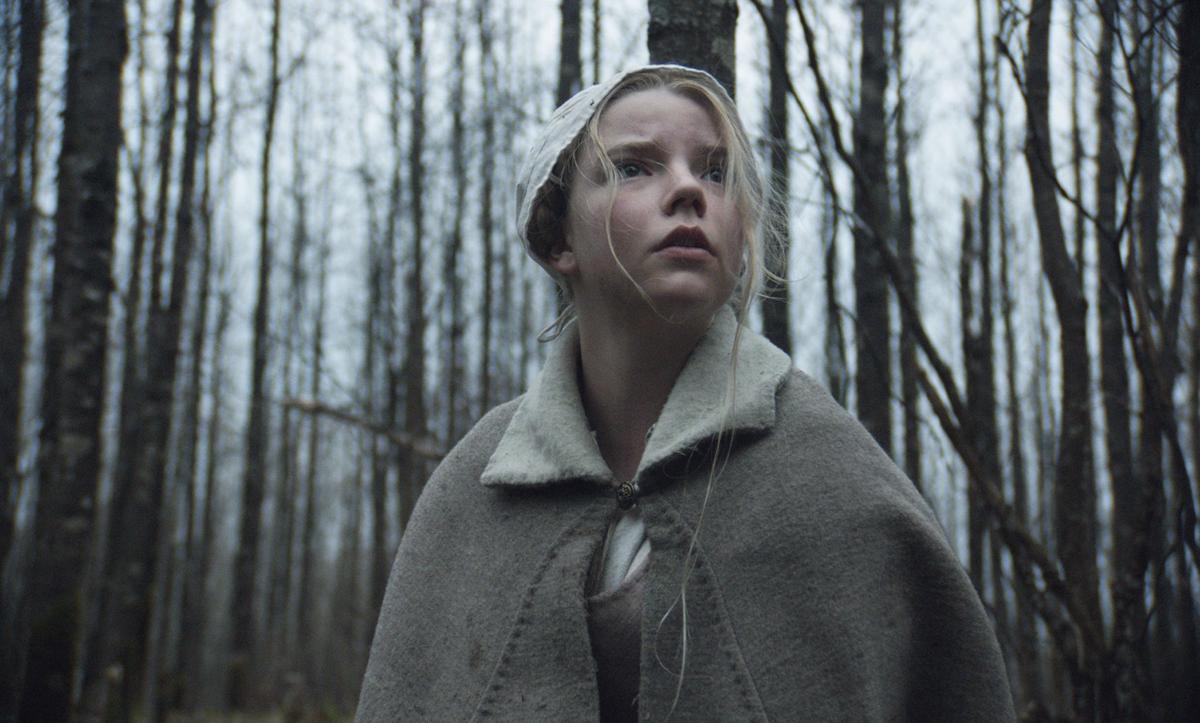 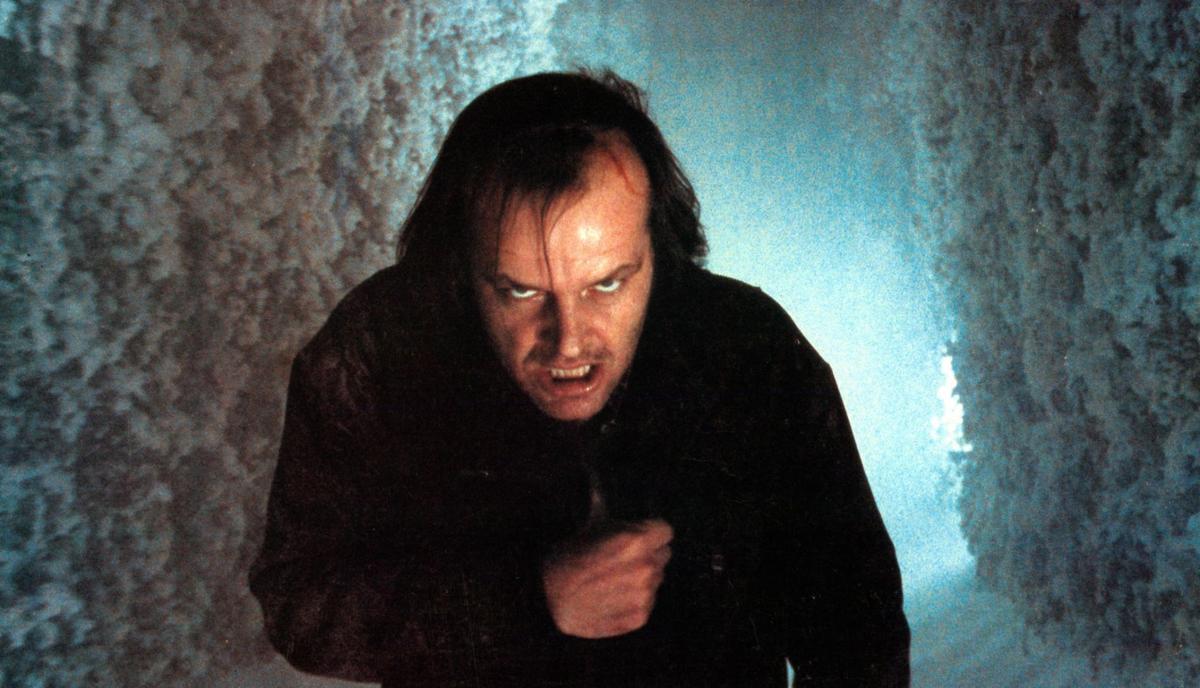 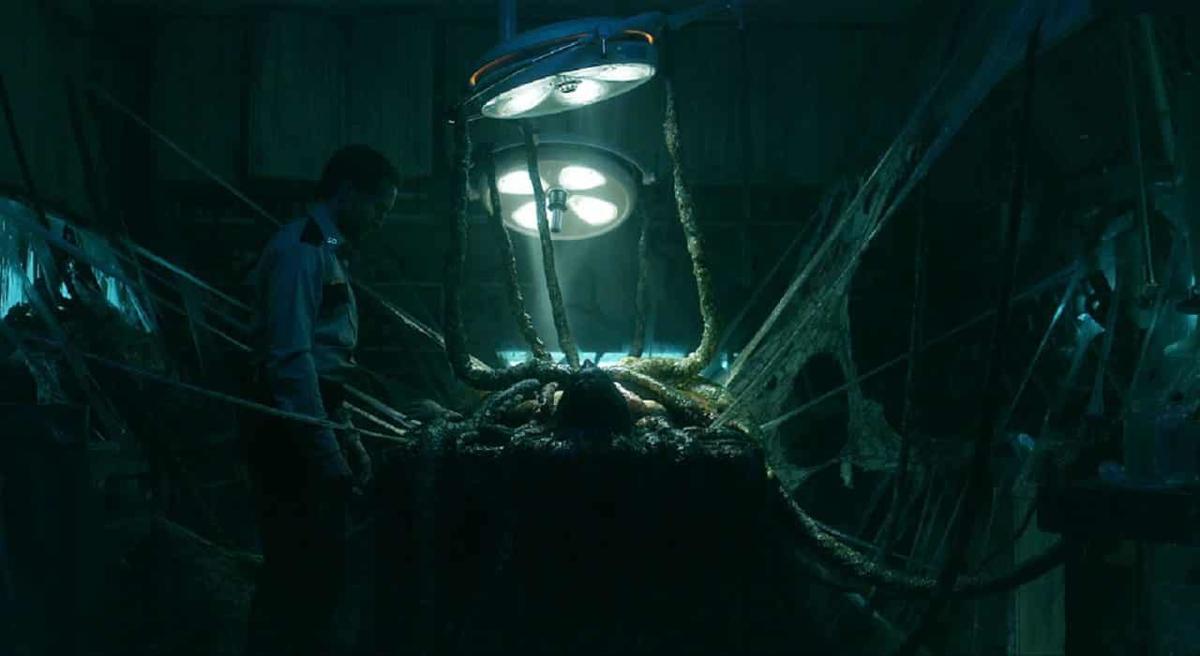 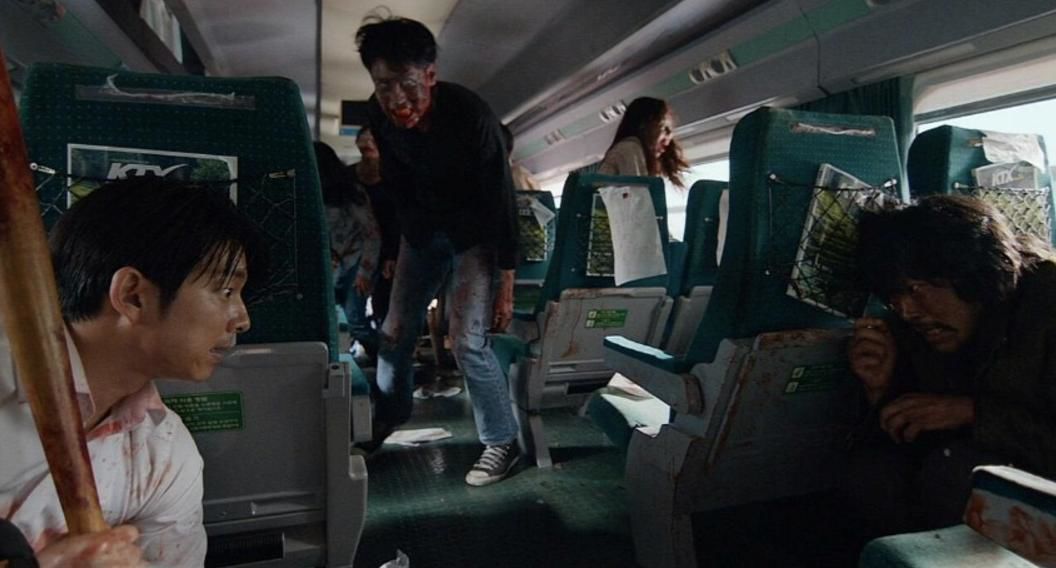 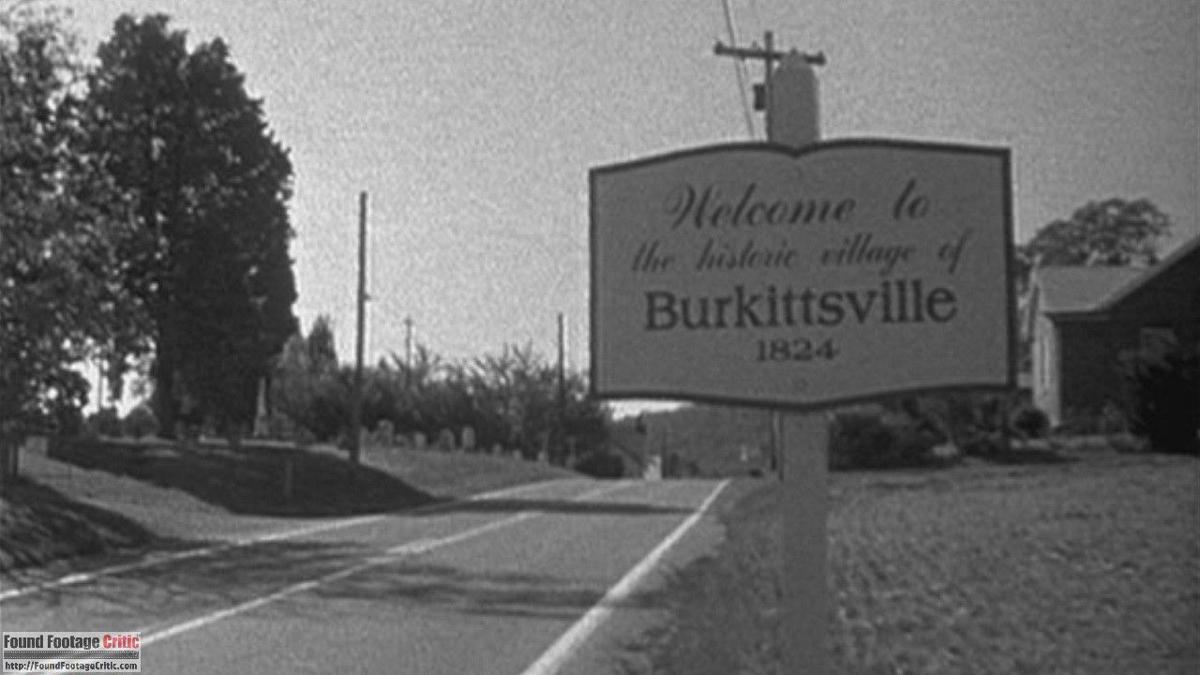 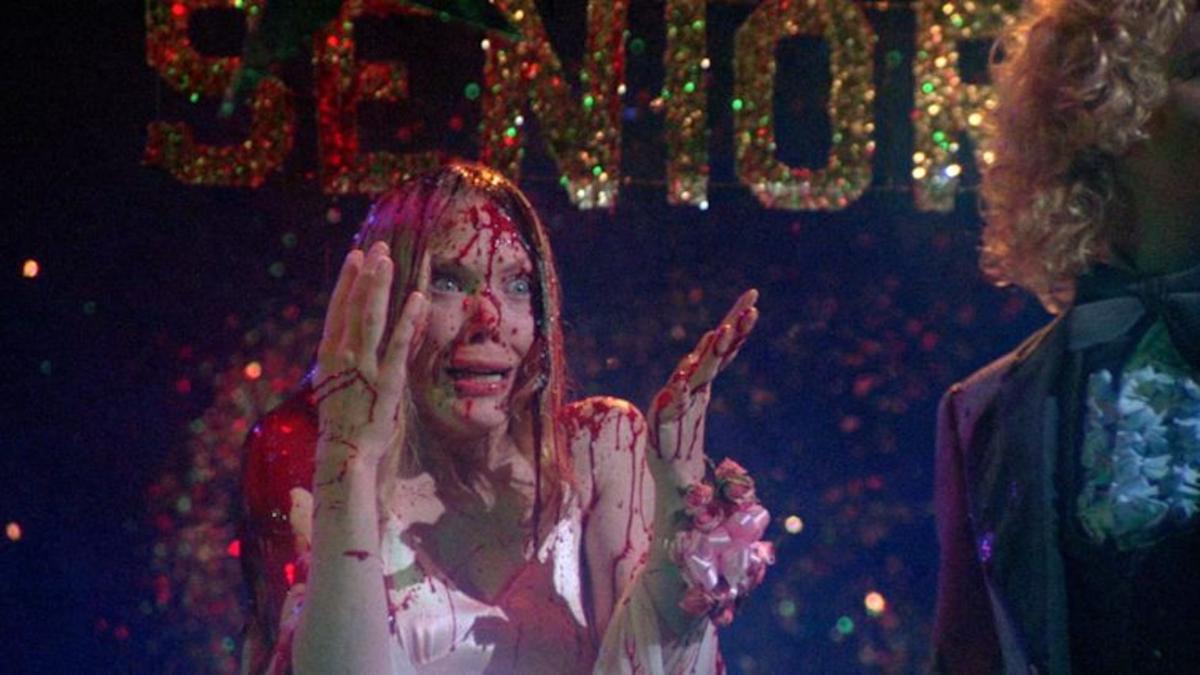 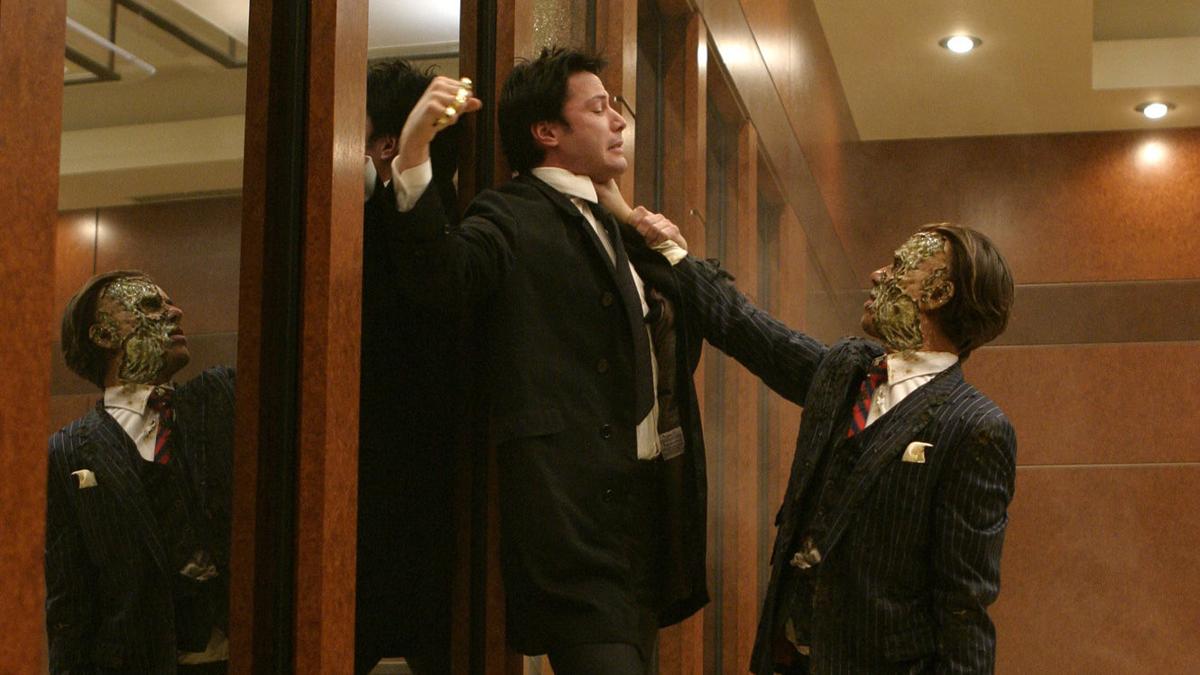 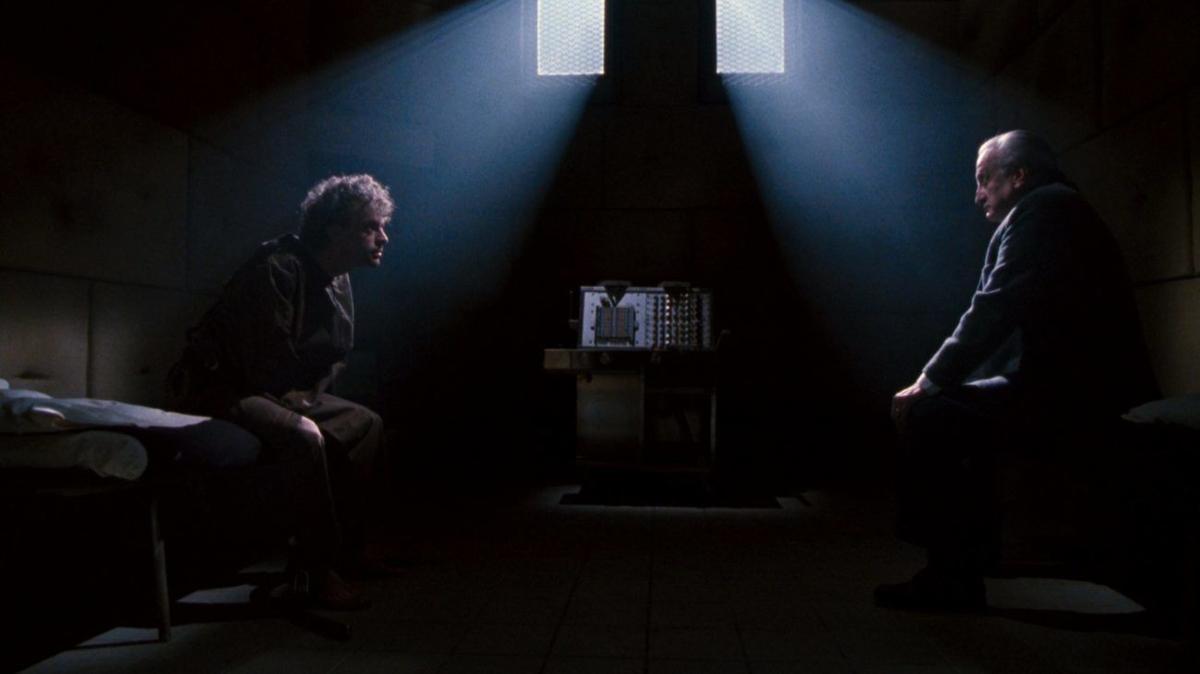 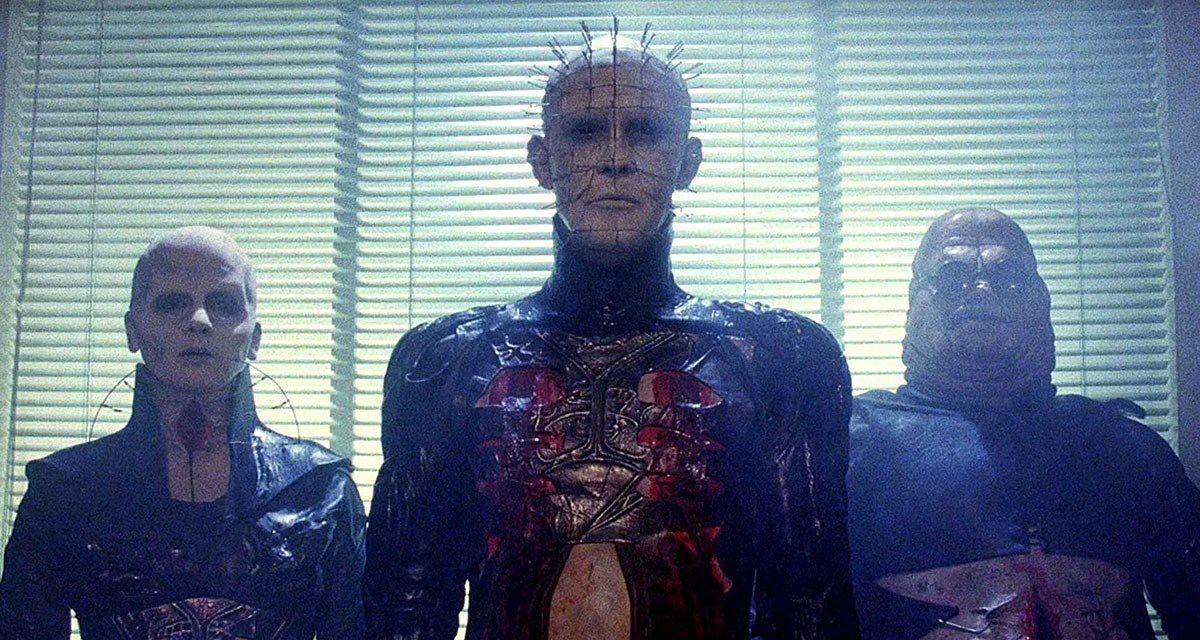 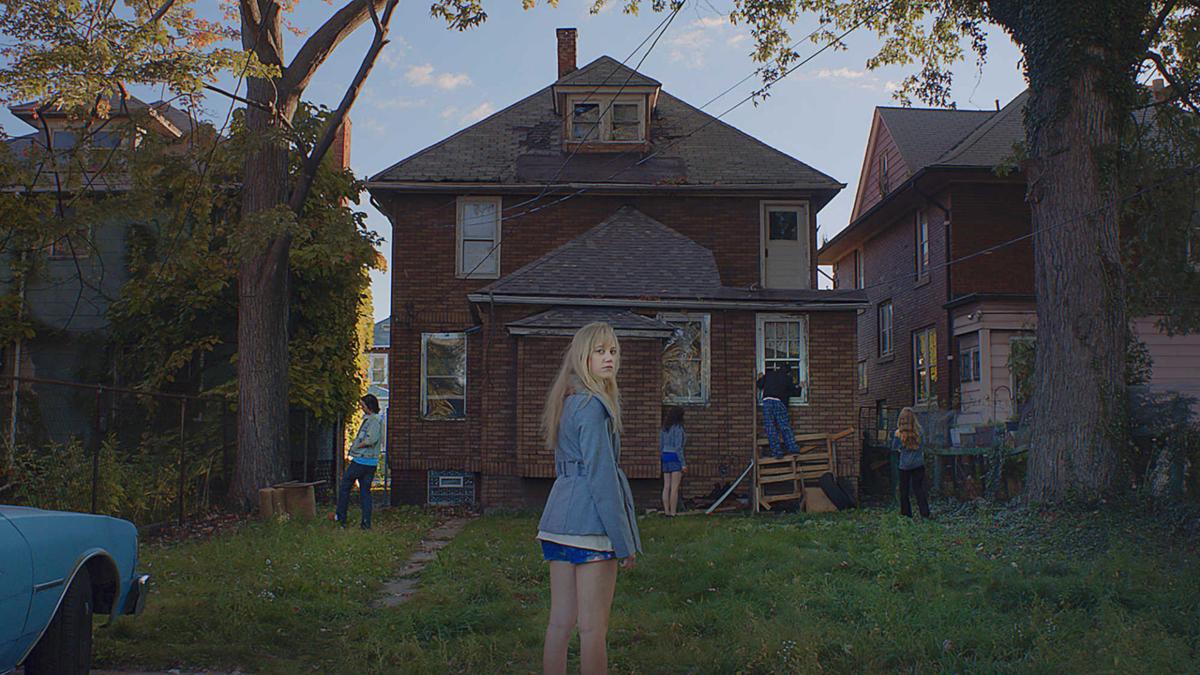 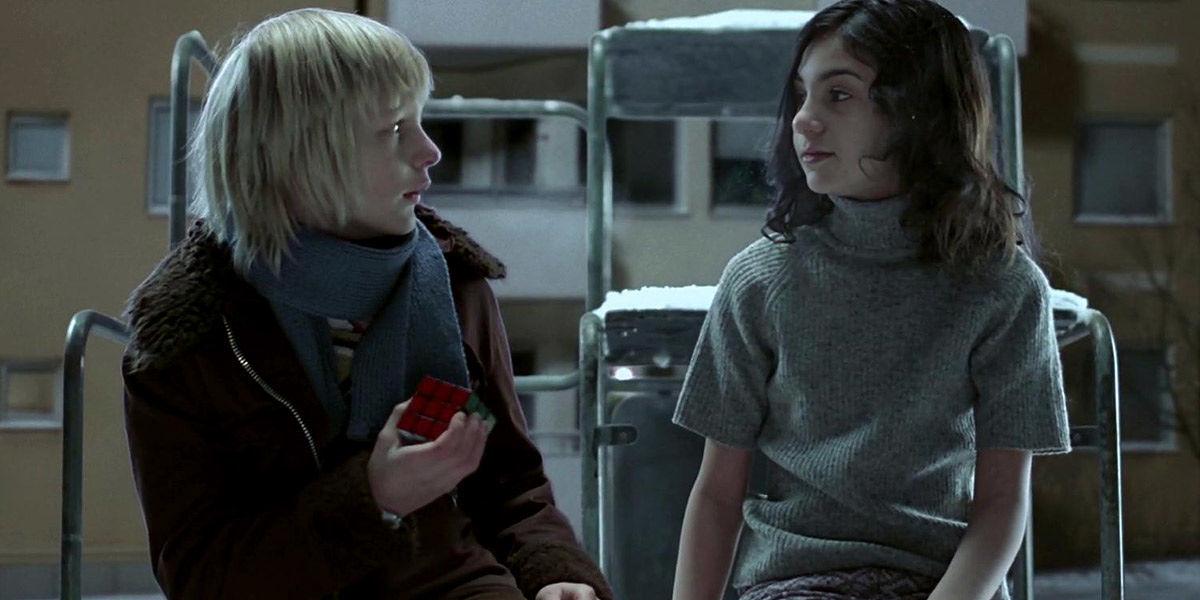 “Let The Right One In”

Staying in this Halloween? Grab a blanket, turn out the lights and watch a horror classic or discover a new film to celebrate the creepiest night of the year. I’ve compiled a list of some of my favorite horror films currently streaming on Netflix, Hulu and Amazon Prime this Halloween.

Drawing inspiration from Ingmar Bergman, Stanley Kubrick and his New England childhood, first-time filmmaker Robert Eggers crafts one of the best horror films of the decade. Set in the New England countryside about 60 years before the famous Salem witch trials of 1692, a Puritan family is thrown into turmoil as events centered around their teenage daughter take a turn for the worse. Meticulously authentic to the time period from the costumes to the old English language of the 17th century, “The Witch” was inspired by real court diaries and historical accounts of witchcraft.

Stanley Kubrick’s adaptation of Stephen King’s novel is one of the greatest horror films ever made with an iconic performance by Jack Nicholson as the caretaker of the Overlook Hotel. Shelly Duvall, Danny Lloyd and the wonderful Scatman Crothers bring the film to life, but it’s Nicholson’s portrayal of a man plummeting into madness that drives this ghost story.

Animé writer-director Yeon Sang-ho’s zombies-on-a-train thriller recalls Danny Boyle’s “28 Days Later” as passengers quickly become infected with the zombie virus. The suspenseful film features memorable characters who connect with the audience emotionally. It’s probably the only zombie film that will have you reaching for the tissue box.

Writer-director Clive Barker’s portal to hell is opened by a Chinese puzzle box that unleashes the cenobites, including one of horror’s most recognizable icons, Pinhead. Carnal pleasures and excruciating pain clash in the British horror film based on Barker’s novella “The Hellbound Heart.” The first-rate special effects by Bob Keen bring the author’s nightmarish world to life at a time before CGI became the norm for horror films.

In the tradition of Clive Barker, the gory and bloody film from Astron-6 duo Jeremy Gillespie and Steven Kostanski uses an abandoned hospital as the setting for a series of bizarre events that include cult members surrounding the medical facility while inside the film heads for territory straight out of John Carpenter’s “The Thing.”

The best of the James Wan universe with terrific performances by Vera Farmiga and Patrick Wilson as real-life paranormal investigators Lorraine and Ed Warren. Demons terrorize a family in the countryside as the Warrens come to the rescue. Truly frightening.

M. Night Shyamalan’s psychological thriller about a young boy (Haley Joel Osment) who sees dead people racks up the scares as child psychologist Bruce Willis investigates the paranormal happenings. The horror film features one of cinema’s greatest twists that every other film tried to copy.

David Robert Mitchell’s film evokes those classics by horror masters Wes Craven and John Carpenter with an equally impressive score by Rich Vreeland. The teenage horror flick about a thing that takes human form, stalks you and can’t be stopped unless you pass it on to someone else by sleeping with them is filled with tension and an atmosphere straight out of the ’80s.

South Korea’s version of “The Exorcist” is heavy on the creep out factor as a police officer investigates a rash of murders committed by villagers who resemble zombies. When a 13-year-old girl becomes possessed, a hipster shaman is called in to exorcise the demons – the scene shot in one continuous 15-minute take. Like “The Shining,” the film takes its time reaching a conclusion coming in around 2 hours and 36 minutes.

Heavy on the CGI but what a cast. Keanu Reeves plays another kick-butt guy named John, but unlike retired hitman Wick, he’s a semi-retired occult detective named Constantine who communicates with angels and battles demons. Based on the DC comics character, the film stars Rachel Weisz as a police detective and the wonderful Tilda Swinton as the androgynous half-angel Gabriel. B-movie fun.

The Turkish film with a title that translates to “police raid” begins as five police officers working the graveyard shift in a rural area respond to a call for backup and find themselves at an abandoned mansion in the middle of the countryside. As they wander from room to room, they begin to come across satanic drawings and sacrificial altars, but this is just the beginning of the real hell that lies ahead. The surreal film is thin on plot but heavy on nightmarish visuals.

Based on the novel by John Ajvide Lindqvist, the Swedish horror film by Tomas Alfredson takes place in the ’80s as an aged vampire in the body of an androgynous 12-year-old named Eli befriends a 12-year-old boy named Oskar, an outcast who’s bullied at school. Blood and violence are counterbalanced by a beautiful story about adolescence making this much more than the average bloodsucker flick.

Eduardo Sánchez and Daniel Myrick’s horror film kicked off the found footage trend. Brilliantly shot like a documentary, the story about three students searching the Maryland backwoods for the fabled Blair Witch convinced moviegoers that the footage was real. Filmed on 16mm, the grainy black and white film gets under your skin as the tension builds leading to a chilling climax.

Three years after the “Ghost Hunters” television show began its run on the Sci-Fi Channel, the feeding frenzy for proof of the beyond was taken to new heights by Oren Peli’s debut film about a 20-something couple named Katie (Katie Featherston) and Micah (Micah Sloat) who stir up the ghosts in their San Diego home after using a Ouija board. As they set up cameras to catch the paranormal activity, the audience is treated to a truly frightening experience. Groundbreaking.

Brian de Palma’s adaptation of the Stephen King novel features brilliant performances by Sissy Spacek as the teenage girl with telekinetic powers who takes revenge on her high school classmates and her religious mother played by the wonderful Piper Laurie. The stylish thriller under de Palma’s direction is gorgeously shot and easily the best adaptation of a Stephen King novel.

You’ll find a great selection of horror films, especially older ones on Amazon Prime, including “Night of the Living Dead,” “Motel Hell,” “Burnt Offerings,” “The House That Dripped Blood” and these three of my favorites.

The British anthology horror film isn’t as bloody or violent as today’s offerings, but it serves up genuine scares with minimal special effects. Five strangers touring the catacombs get separated from the main group where they encounter a mysterious hooded man known as the crypt keeper. He precedes to show them the future in a series of vignettes that end with a grisly death. Based on stories from the EC Comics horror series, the film featured Joan Collins decades before she became famous on television’s “Dynasty.”

After William Peter Blatty’s novel “The Exorcist” became a terrifying film that many, including myself, consider the scariest movie ever made, the studio decided to release a lackluster sequel, “Exorcist II: The Heretic,” recasting Linda Blair as the former possessed Regan MacNeil. It has been regarded as one of the worst sequels ever made. Thirteen years later, Blatty adapted his novel “Legion” to write and direct “Exorcist III,” which many believe to be the true sequel to the 1973 classic. The film features a fantastic George C. Scott as Lt. William F. Kinderman (played in the first film by the late Lee J. Cobb) who is investigating a series of satanic murders that carry the same m.o. as those committed by the deceased serial killer The Gemini (Brad Dourif). The supernatural thriller holds its own as the film heads down familiar territory with a cameo by Jason Miller as Father Damien Karras.

The Italian horror film by Lucio Fulci, who became known as the “Godfather of Gore,” toggles the action between New York and an island in the Caribbean, where the dead return to life as zombies. An unknown but solid cast lead the action as the survivors battle the undead. Like George A. Romero’s “Dawn of the Dead,” the film features gory special effects and an outstanding score by Fabio Frizzi. It doesn’t live up to Romero’s standards, but it’s still one of the strongest entries in the zombie genre.