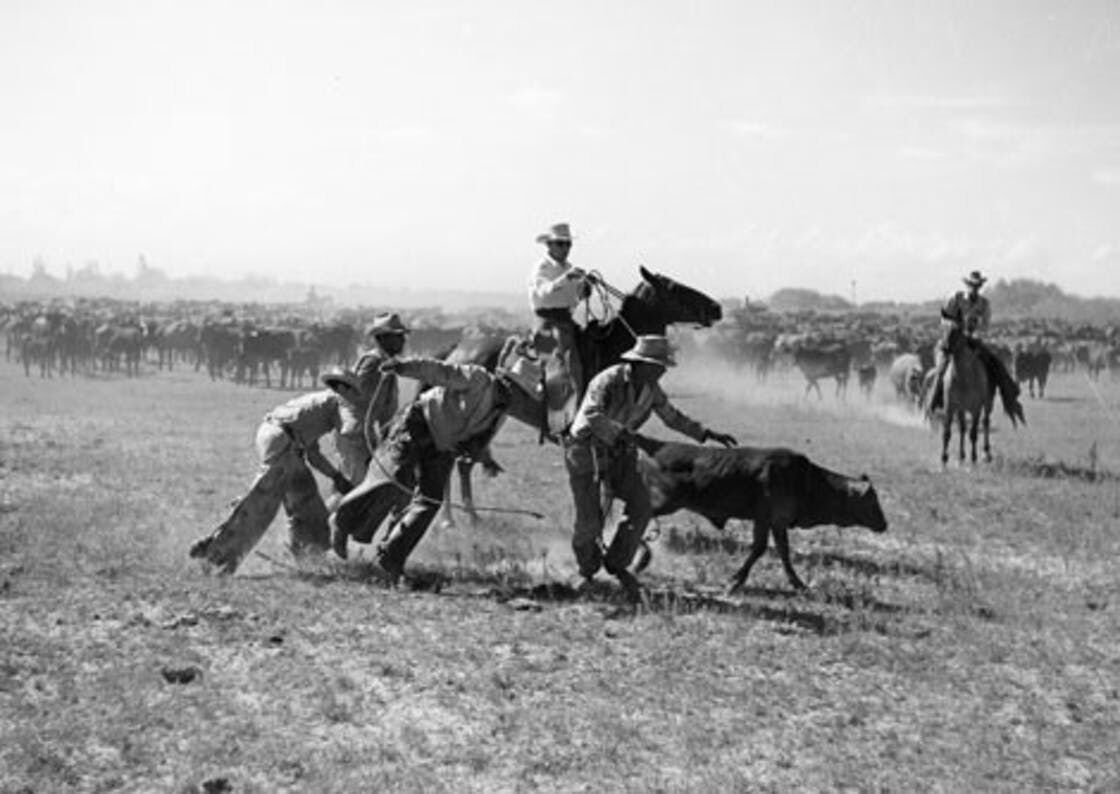 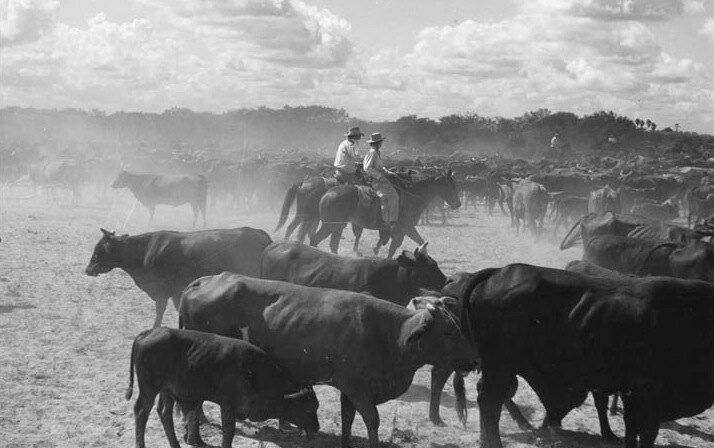 Crossroads residents have the chance to see the King Ranch during earlier times through the lenses of two different cameras in “Two Women Look West.” The exhibit will be on display at the Chisholm Trail Heritage Museum in Cuero from Oct. 8 through Nov. 1.

The photographers are Helen C. Kleberg, a self-taught photographer who lived on the King Ranch with her husband Robert Kleberg, and Toni Frissell, a well-known New York fashion photographer. They photographed the ranch between the 1930s and the 1950s.

Kleberg spent most of her youth in Washington, D.C., as the daughter of a congressman from Kansas, said Bryan Gonzalez, former education coordinator for the Chisholm Trail museum. Robert Kleberg’s grandfather was Captain Richard King who founded the King Ranch. Kleberg moved to the ranch when she married Robert Kleberg, and the couple had one daughter, Helen Kleberg Groves, who lives in San Antonio and narrates a video at the opening of the exhibit.

“Toni Frissell came down to the King Ranch, and they had two complementary and distinct observations of what they were photographing,” Gonzalez said.

Frissell captured more of the work-life on the ranch — the cowboys working cattle — while Kleberg captured the intimate moments of day-to-day life on the ranch, such as the children of the workers and families sitting together after a long day’s work.

“It was subject recognition for Kleberg who lived on the ranch as opposed to discovery for Frissell who was not acquainted with life on the ranch,” Gonzalez said.

While the original exhibit featured more than 90 mostly black-and-white photographs with a few color photographs, the exhibit in Cuero will feature more than 40.

“The exhibit debuted in Houston at the Museum of Fine Arts in 2006, and has been shown in other parts of Texas, mostly big cities,” Gonzalez said. “This is a chance for people who do not get a chance to travel to San Antonio (or other cities) to see the exhibit.”

The special exhibit is free upon admission to the permanent collection at the museum, which is $5 for adults and $3 for children age 12 and younger.

“Honestly, this exhibit captures moments in time on the King Ranch that don’t exist anymore,” Gonzalez said. “This is a chance to see history in a living format that you don’t get to see anymore.”