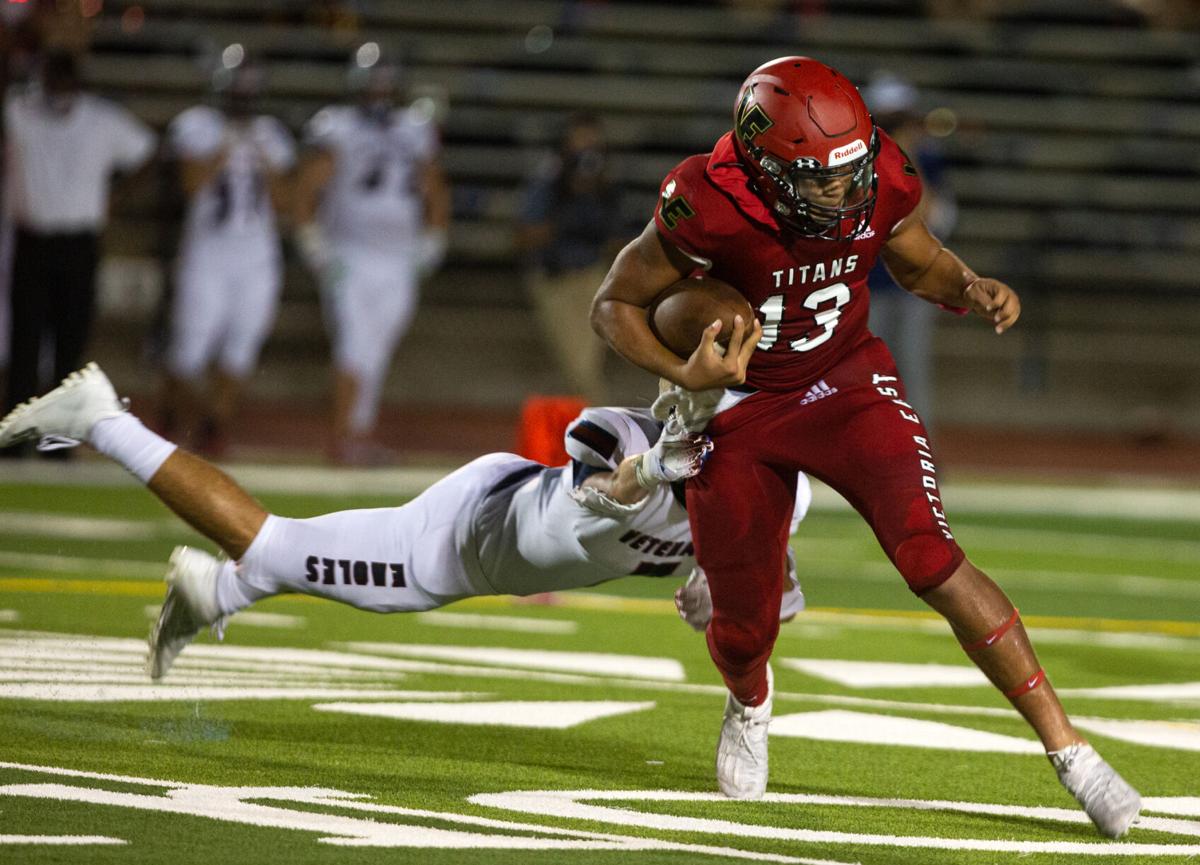 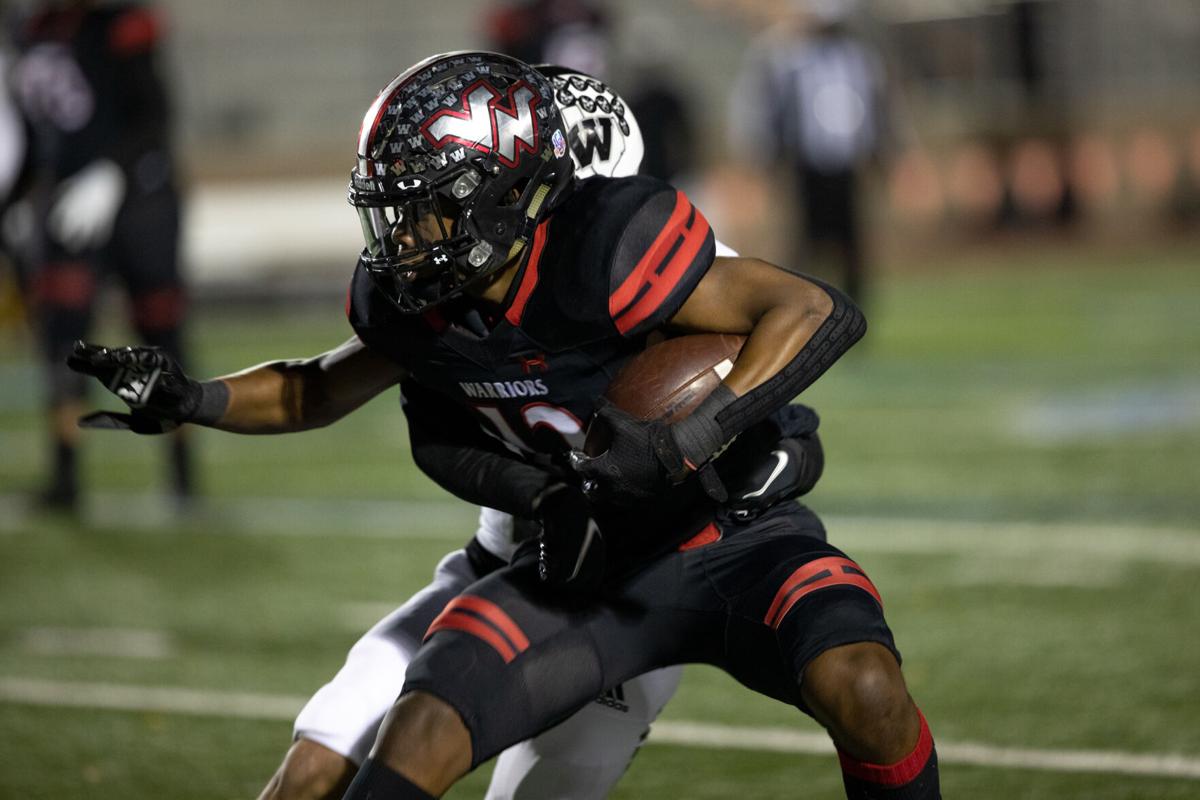 Victoria West’s Dion Green tries to break a tackle during a Class 5A, Division I area round game against Eagle Pass Winn at Jerry Comalander Stadium. 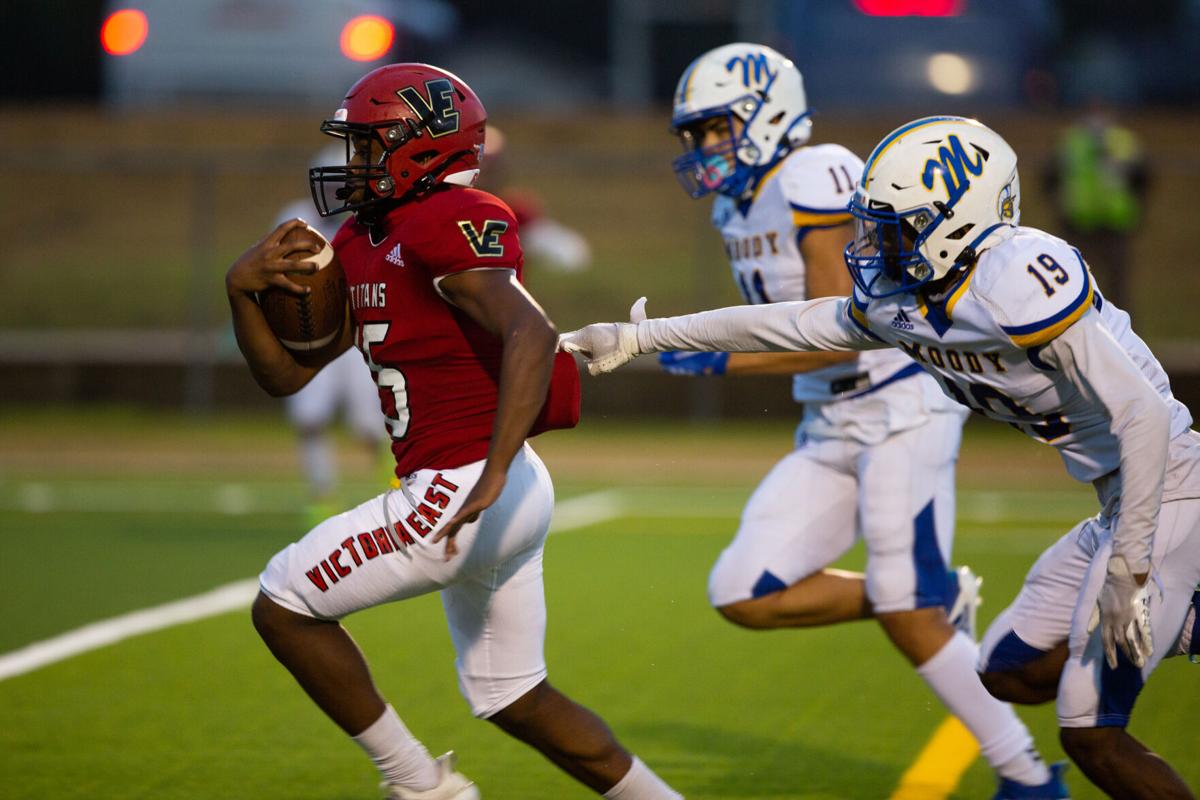 Victoria East’s Ja’carrian Giles runs toward the end zone during a District 15-5A, Division I game against Corpus Christi Moody at Memorial Stadium. 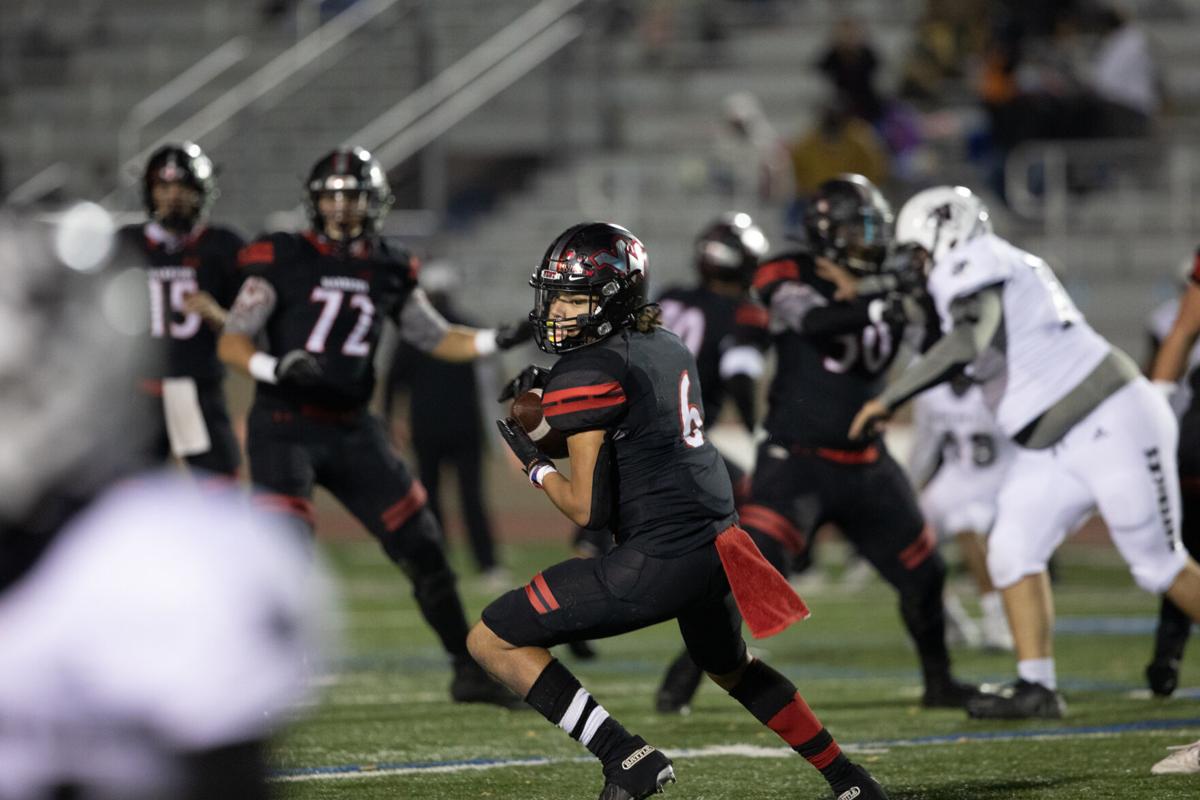 Victoria West’s D’Andre Fillmore catches a pass during the Class 5A, Division I area round against Eagle Pass Winn at Jerry Comalander Stadium in San Antonio.

Victoria West’s Dion Green tries to break a tackle during a Class 5A, Division I area round game against Eagle Pass Winn at Jerry Comalander Stadium.

Victoria East’s Ja’carrian Giles runs toward the end zone during a District 15-5A, Division I game against Corpus Christi Moody at Memorial Stadium.

Victoria West’s D’Andre Fillmore catches a pass during the Class 5A, Division I area round against Eagle Pass Winn at Jerry Comalander Stadium in San Antonio.

East opens the season with back-to-back road games, including its season opener against West Columbia.

Its the first meeting between the Titans and the Bulldogs since 2019, when West Columbia won 38-7.

Both rosters have changed significantly after that meeting. West Columbia missed the playoffs in 2020, while East had a first round exit. Both teams are looking for a momentum building win to open the season.

West wants to prove it can still compete for the District 15-5A, Division I title and it will have the chance to do so early with a district opener at home against Flour Bluff.

West will have a new quarterback at the helm next season and they will get an early test against a Flour Bluff team that lost over 20 seniors but returns senior quarterback Nash Villegas.

Last year when East and Gregory-Portland faced off, both teams needed a win to stay alive in the playoff hunt.

East rode that momentum into a playoff berth while G-P missed the playoffs for the fifth straight year.

The Titans and Wildcats face off in Week 9 in another matchup that could decide the playoff fates of either team.

This time East will have to go to Portland to face a Wildcats team under first-year head coach Brent Davis.

West closes the season with what could be its toughest matchup of the year at home against state semifinalist Veterans Memorial.

Veterans Memorial graduated its top offensive and defensive players from last year, but is expected to reload despite a head coaching change.

The Eagles beat the Warriors 57-26 in 2020, killing West’s hopes of a district title, but West topped Veterans Memorial 9-6 in an overtime thriller when the teams last faced off in 2019 at Memorial Stadium.

The Battle for the Boot resumes in Week 6 with West as the home team in this year’s crosstown rivalry game.

West won last year’s matchup 50-20. This year will feature a new group of faces as both East and West will have new starters at the quarterback and running back positions.