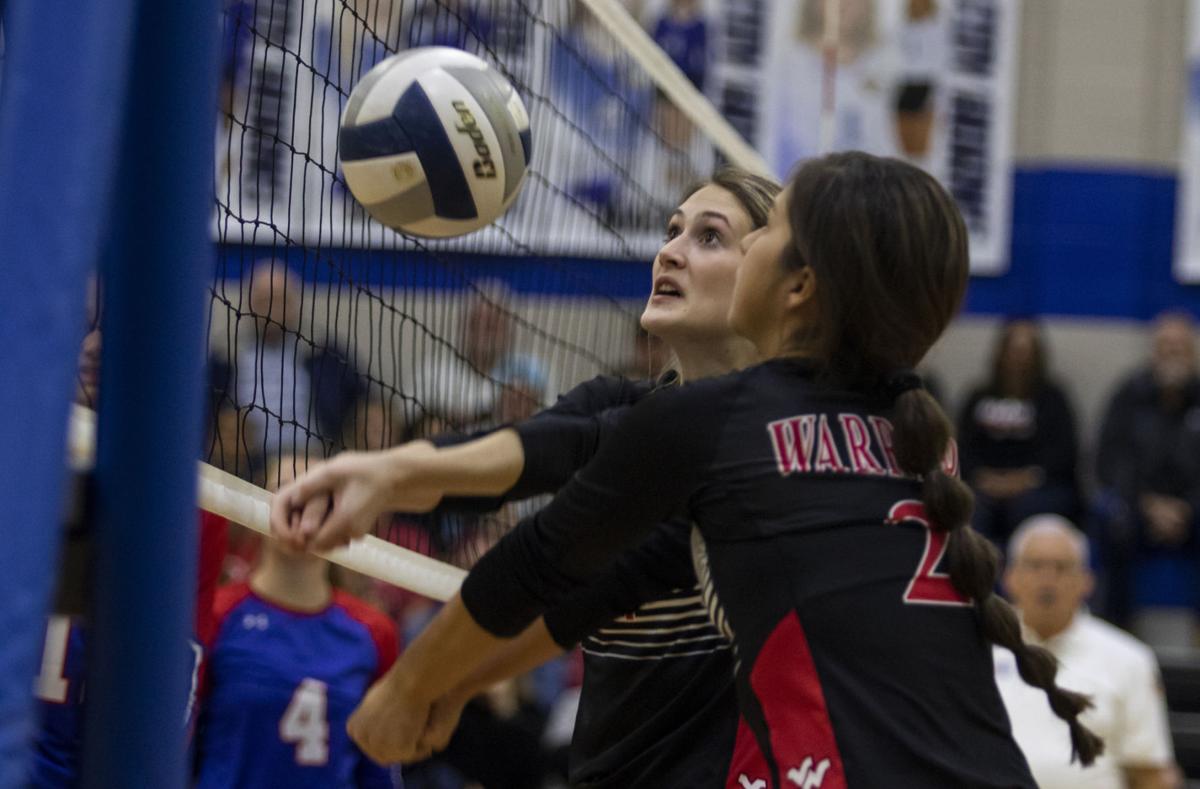 Kendal Wilkey and Leah Gonzales go to bump the ball in a Class 5A regional quarterfinal game against Gregory-Portland at George West High School last season. 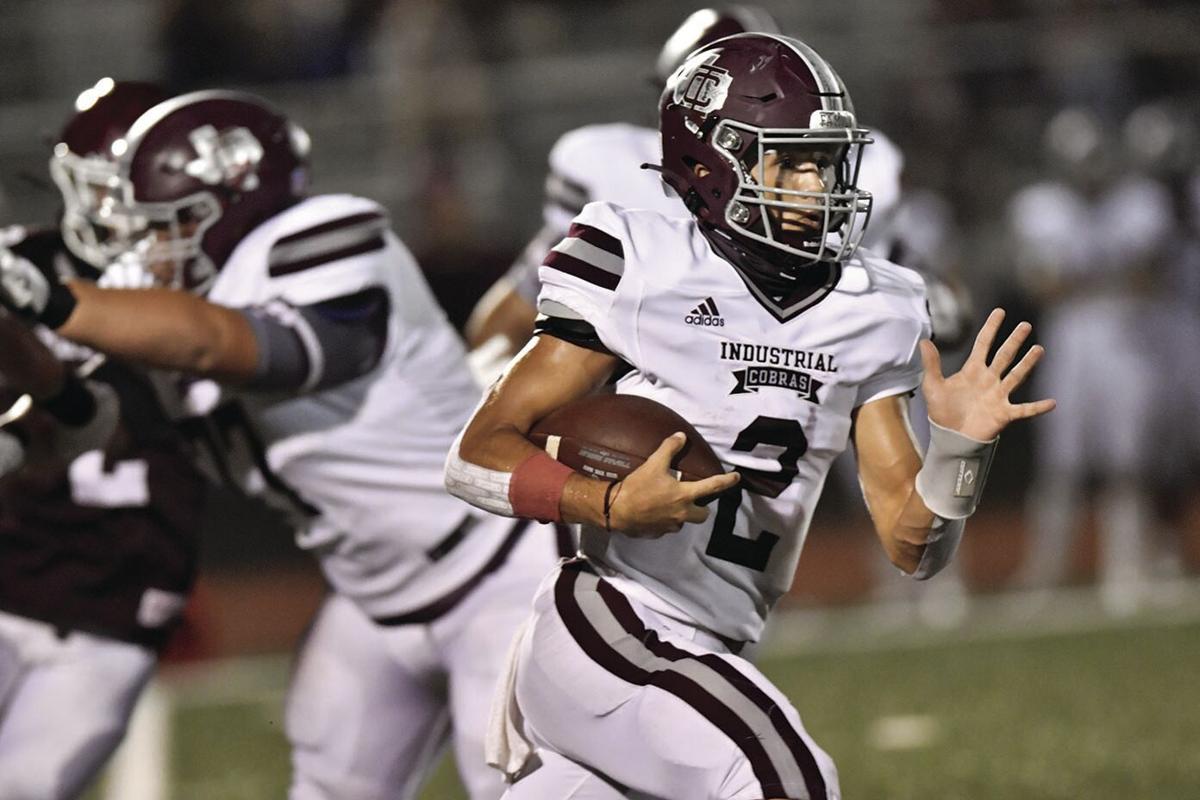 Kendal Wilkey and Leah Gonzales go to bump the ball in a Class 5A regional quarterfinal game against Gregory-Portland at George West High School last season.

The Warriors and Lady Titans will be back on the court this week to begin their volleyball seasons.

West is coming off a District 30-5A championship and reached the regional quarterfinal round of the playoffs.

The Warriors start the season Tuesday, jumping straight into District 29-5A play with a game at Corpus Christi Carroll. West and Victoria East will meet Friday in a rivalry match.

The Titans come off a season which it finished sixth in district. They will try to turn things around this year under new head coach Shaun Miller.

Victoria East and West will both have scrimmages this week. It will be the first action for each team since last year.

West is coming off a second place finish in District 15-5A, Division I and reached the area round.

The Warriors are in the midst of a quarterback battle between Blake Buzzell and Brendan Solis. West will scrimmage at Floresville on Friday, and will be trying to see what it can see from some new players on offense.

Victoria East finished last season in fifth in District 15-5A, missing the playoffs by one game. The Titans return 13 starters and bring back starting quarterback Latavian Johnson and running back Alan Jimenez.

East will scrimmage against Medina Valley at Memorial Stadium on Friday, and both East and West will be using their scrimmages to prepare for their season openers the following week.

St. Joseph won the TAPPS District 6-5A championship in 2019 and made it to the regional final round of the playoffs last season.

The Lady Flyers will start the season with a match against Hallettsville Sacred Heart on Tuesday and Shiner St. Paul on Friday.

The Flyers will also be back on the field for football season this week, as they will travel to Corpus Christi to scrimmage Corpus Christi John Paul II.

St. Joseph made it to the second round of the playoffs last season. After coaching changes and losing many players, the team will have to rebuild quickly if it wants to have a successful year.

4. Area football games to watch for

Flatonia and Schulenburg meet this week in a battle of undefeated teams.

Flatonia is coming off a 34-7 win over Falls City.

Keyshaun Green led the way for Flatonia offensively, throwing for 153 yards and two touchdown and rushing for 59 and another score.

The Shorthorns were led by Desmond Lewis and Kenny King. Lewis had 93 yards rushing and a score while King rushed for 70 yards and a touchdown, passed for 31 yards, and had 18 yards receiving and a touchdown.

This will be the first District 13-2A, Division I game on the season for both teams, and both will try to remain undefeated on the season.

No. 1 ranked Shiner will travel to East Bernard this week to take on the Brahmas, who are ranked No. 5 in Class 3A, Division II.

Shiner is 2-0 on the season and comes off a 41-12 win over Smithville. It will be the teams final tune up before district begins.

East Bernard is led by its running game, as the Brahmas average over 300 yards on the ground per game.

East and West will continue their seasons this week at the Islander Splash meet in Corpus Christi, while St. Joseph will be at the Shiner Comanches meet Saturday.