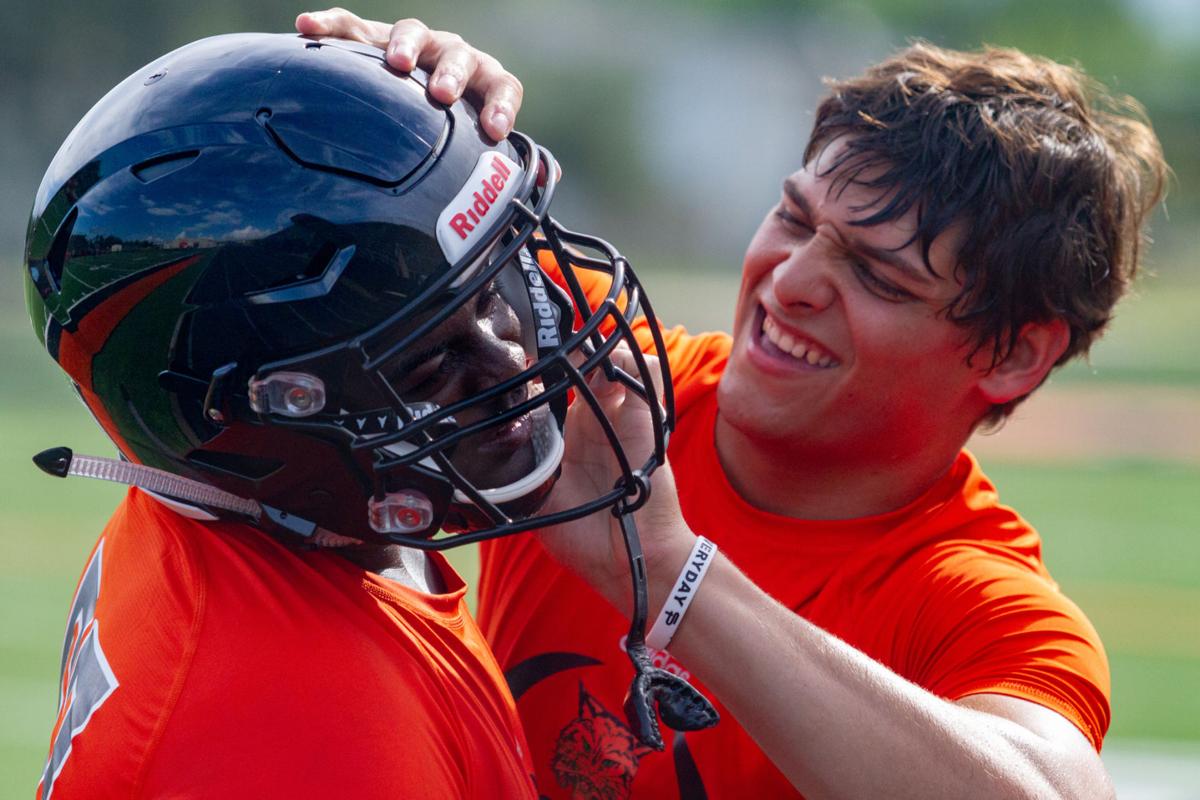 Mascorro helps Dareon Wills strap down his helmet during the Refugio Bobcats’ first practice of the 2018 season. 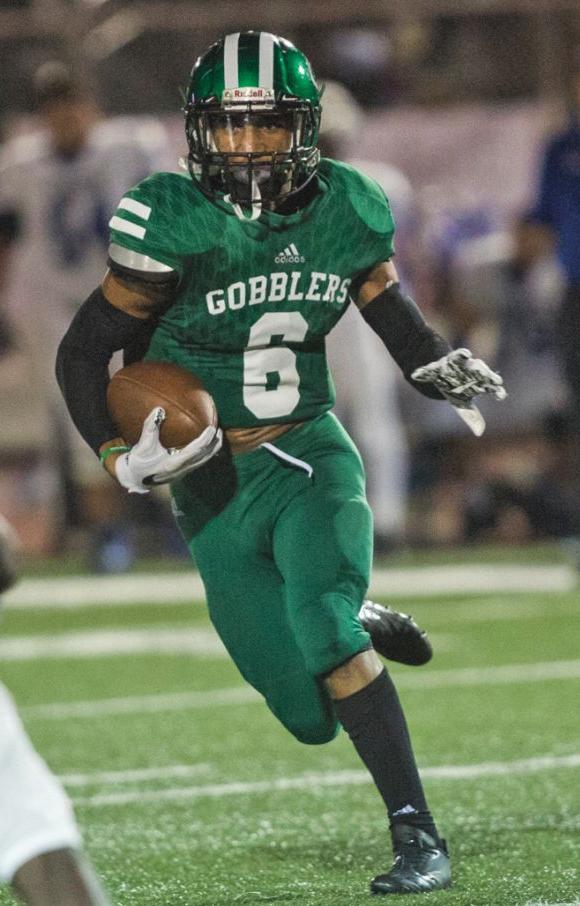 Mascorro helps Dareon Wills strap down his helmet during the Refugio Bobcats’ first practice of the 2018 season.

In truth, it never went away. Not with offseason workouts, spring practice, 7on7 games, and summer conditioning.

But the season starts Friday night for area teams, who have been laboring in the heat for most of the month.

Here are a touchdown and extra point worth of tidbits for the 2018 season.

There are 27 games on the schedule Friday night. Last year, area teams played eight games to start the season. Hurricane Harvey’s wake proved even football is no match for Mother Nature. I remember stopping at the Immaculate Church of the Blessed Virgin Mary in Panna Maria on the way to cover the Bruni-Falls City game. The power at our home was still out and I hadn’t shaved in a week, but I was lucky. I still had a home unlike many of the people I knew in Refugio, Woodsboro, Austwell, Tivoli and Bloomington. Seeing the destruction after Refugio’s first practice was emotionally draining. But watching the Hallettsville booster club feed the players after practice was uplifting. I couldn’t agree more with what Refugio coach Jason Herring said after his team’s scrimmage last week. Hurricane Harvey changed us in ways we never imagined. So whatever the outcome, if this season goes on as scheduled, it will be a blessing.

Ten new area head coaches will be on the sideline Friday night. Two of the coaches’ teams will be playing at Victoria’s Patti Welder Stadium. St. Joseph’s Bryan Jones and Bloomington’s Chris Horn will make their head coaching debut when the Bobcats visit the Flyers. Other coaches making their debut will be Pat Matthews at Bay City, Chad Graves at Palacios, Jared Sloan at Rice Consolidated, Jamie Dixon at Industrial, Brent Bennett at Ganado, Pablo Ybarra at Nixon-Smiley, Ryan McIver at Weimar and Abe Vargas at Runge.

Football is an emotional game, but players have ample reason to keep their tempers in check and trash talking to a minimum this season. Players ejected will miss the remainder of the game and the first half of the next game. This will not apply to players ejected for targeting. In another rule change, the UIL will use replay in the state championship games at AT&T Stadium in Arlington.

I would be remiss if I didn’t mention the passing of my good friend and colleague Bruce Weber, who was responsible for instituting the Built Ford Tough High School Player of the Week award. I had a chance to visit with Weber at last year’s Player of the Year banquet at The Star in Frisco. I always enjoyed his company and his stories. He lived a full life and will be missed. We have had a number of Ford Tough winners from the area including Goliad’s Dalton Sturm and Refugio’s Travis Quintanilla, who was named the player of the year in his classification. Last year’s area winners were Cuero’s Jordan Whittington, Goliad’s Dontavion Clay, Shiner St. Paul’s Conor Kresta and Bay City’s Dylan Davidson. Clay, Kresta and Davidson attended the Player of the Year banquet. The award will return this season and coaches wishing to nominate a player should email mforman@vicad.com on Saturday, especially for defensive players or linemen.

Be sure to check out Kickoff 2018 in Thursday’s addition of the Victoria Advocate for information, schedules and rosters of area teams. Check out advosports.com for the first broadcast of The Grid on Thursday evening. In addition, we’ll keep you updated on Friday night’s games throughout the season and you can read about what happened in The Grid on Sunday. Let’s hope this season’s road leads to AT&T Stadium in December.