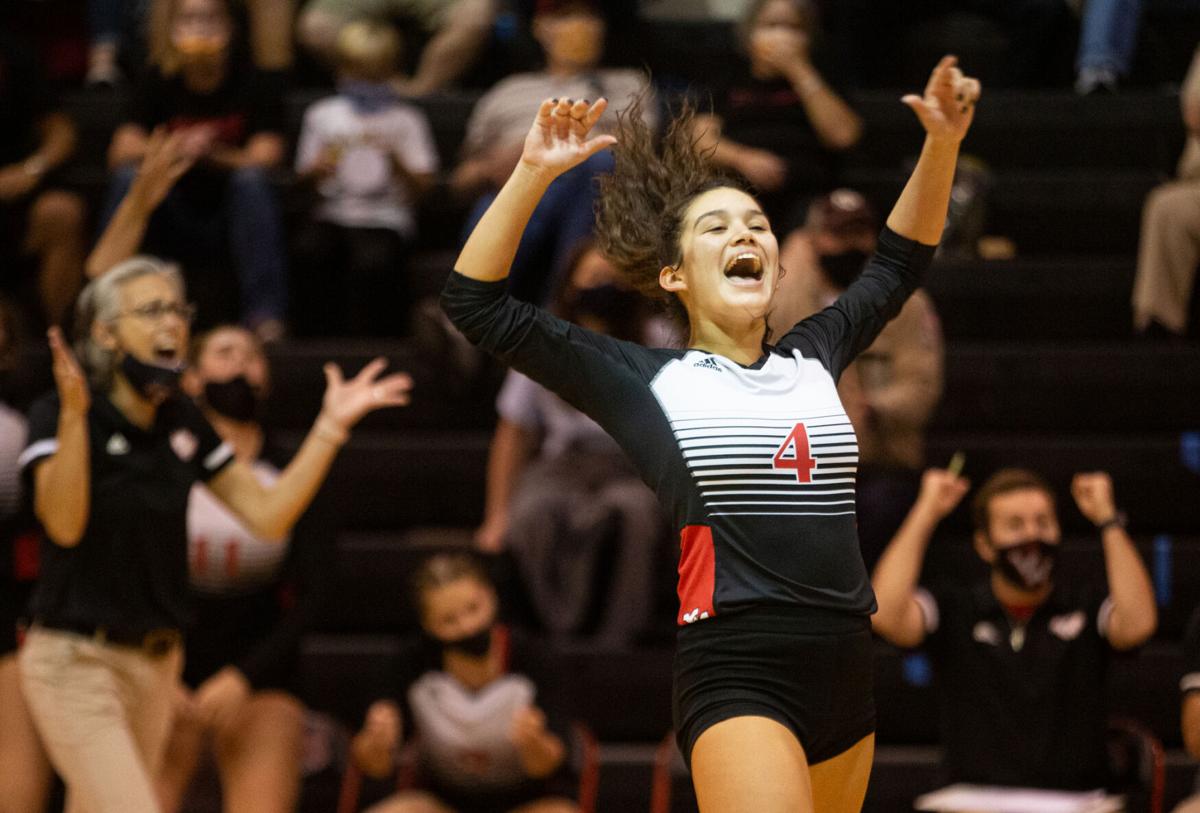 Victoria West’s Aliana Rojas celebrates with her teammates after scoring a point during a District 29-5A game against Corpus Christi Veterans Memorial at Victoria West High School. 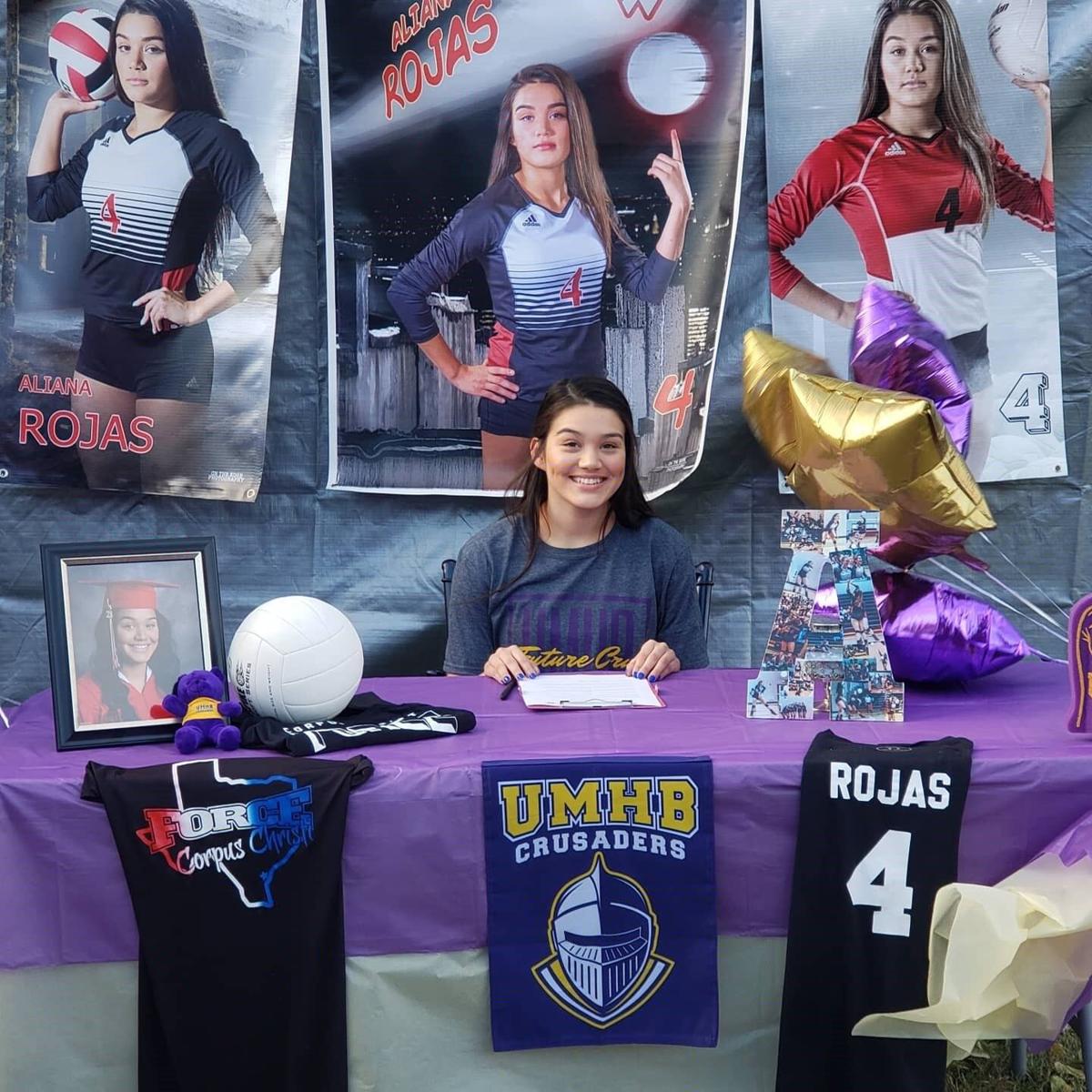 Victoria West’s Aliana Rojas celebrates with her teammates after scoring a point during a District 29-5A game against Corpus Christi Veterans Memorial at Victoria West High School.

When Aliana Rojas finally was able to put pen to paper it was an exciting moment.

The Victoria West senior had been stressed by recruitment and finding a college home in NCAA Division III Mary Hardin-Baylor was a weight off her shoulders.

Rojas, a defensive specialist, committed to play sand volleyball for the Cru in December and is excited for the new challenge.

“As a defensive specialist I think that this will just be a lot easier on my body and everything than a volleyball court,” Rojas said. “Also there’s only two people out there for beach volleyball so I know that I’ll get that playing time and be out there the whole time rather than subbing in and out. And just the different environment, being on sand and or a beach in these different areas.”

As a senior, Rojas compiled 151 digs, 13 aces, 4 assists and 3 kills for the Warriors as the team reached the regional quarterfinals in Class 5A.

“At West, coach (Alysia) Hill preached being early everywhere you go and giving 100% in everything you do,” she said. “Every second of every practice you had to give your best. And club volleyball just taught me how many good players there are and made me compete against the best talent. It gave me that drive I needed.”

Rojas is part of the first recruiting class for Mary Hardin-Baylor, which became the first Division III program in Texas with a beach volleyball team when it announced the addition last August.

When she gets to campus she has big goals for herself both on and off the court.

“When I get there in the fall I just want to make sure to get there and see what it’s all about and really just come out and better myself everyday getting ready for the season,” Rojas said. “But the education is also a big part of it and that’s a big reason why I chose Mary Hardin-Baylor. I want to get a masters in physical therapy and you can do that in a shorter amount of time there, so I’m excited about that.”

Rojas is focused on staying in shape and is working out in her garage and playing club volleyball, but she is ready for next fall.

“I’m so excited that I’m going to be a college athlete,” she said. “COVID has just made me feel that even more, knowing that I’ll still be able to play volleyball and go off and see what it’s like in the real world.”