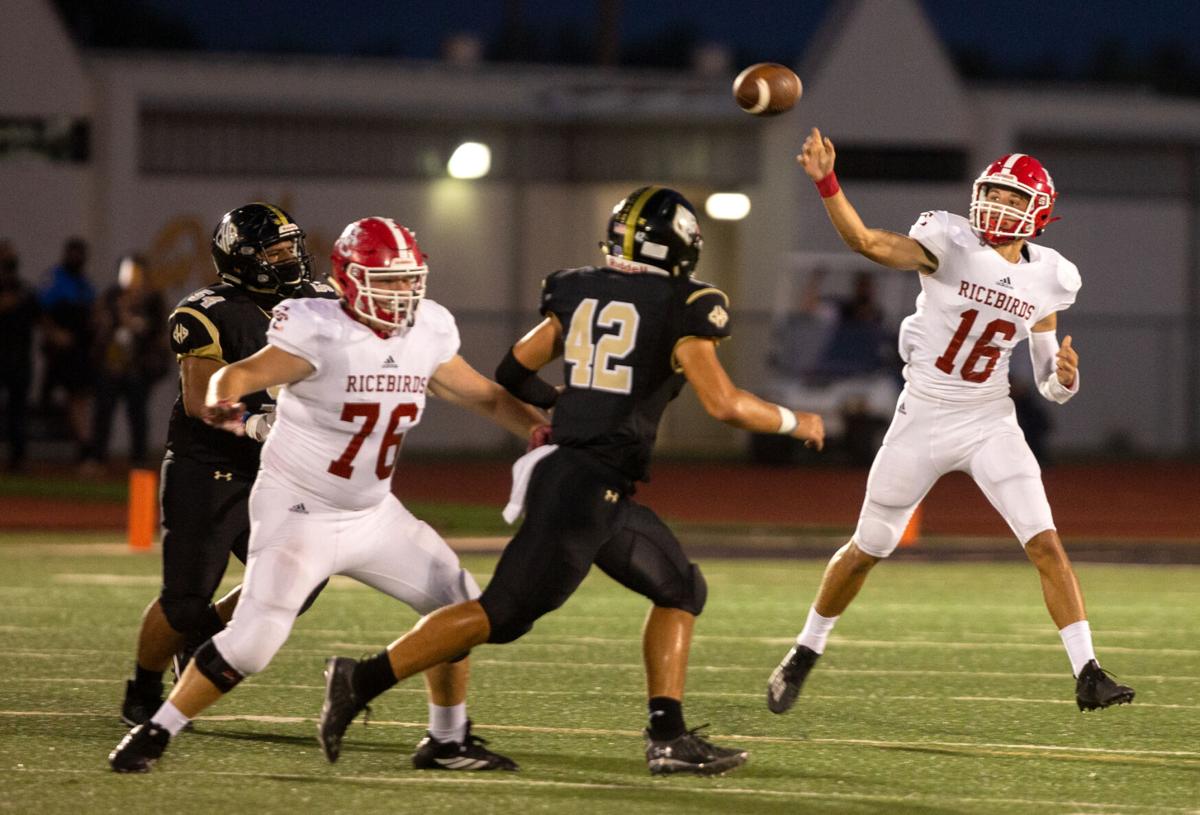 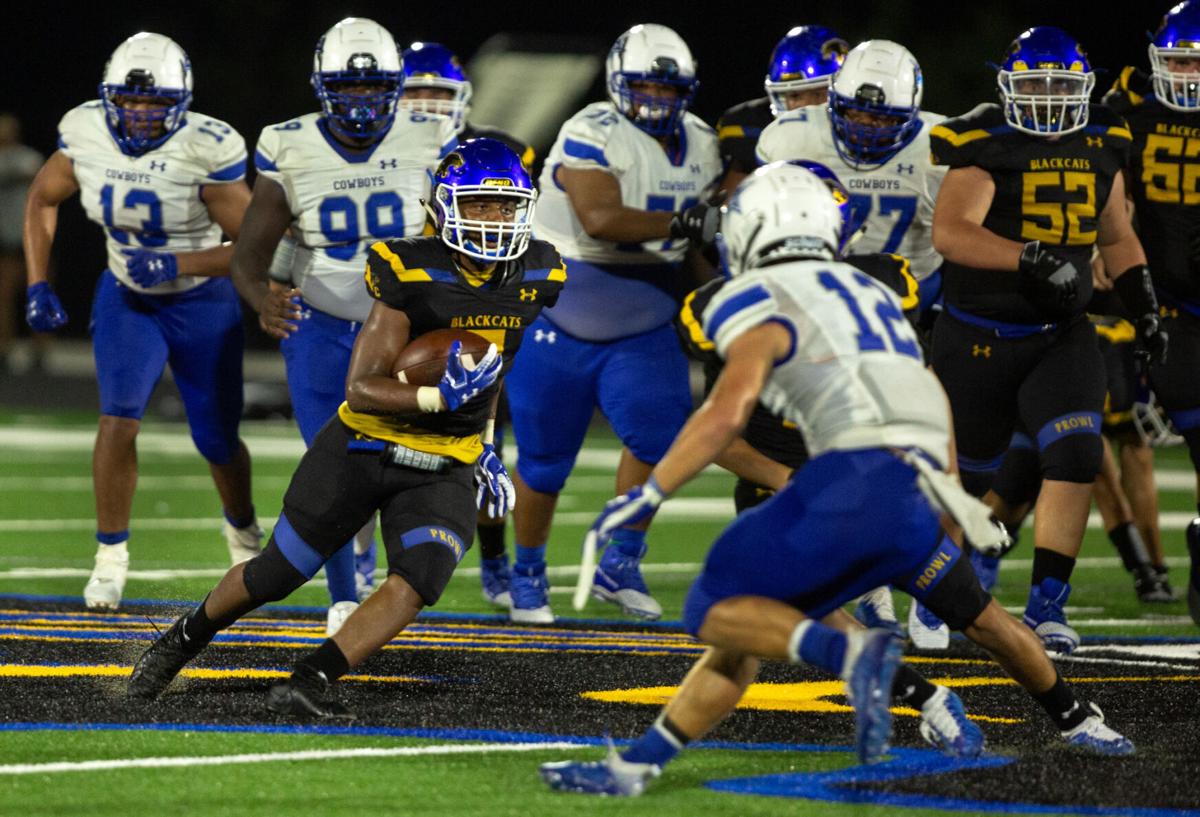 Bay City’s Davieyon Curtis prepares to face a defender during a game against Edna at Bay City Memorial Stadium.

Bay City’s Davieyon Curtis prepares to face a defender during a game against Edna at Bay City Memorial Stadium.

The last time Anthony Smith was in El Campo he was playing running back for Bay City.

Smith will be back at Ricebird Stadium on Friday night and this time he’ll be on the sideline as Bay City’s offensive coordinator.

“It’s been a long time,” Smith said. “I love it for the kids, for the community and especially for Bay City. You always want to play in these type of games. It’s nerve racking, but it’s always fun.”

“The game is awesome,” said El Campo assistant Elliott Babcock, who played quarterback for the Ricebirds. “It’s always a competitive game. We preach to our guys both ways whether one team’s up and one team’s down it’s going to be a good ballgame.

“Both teams are going to play hard,” he continued. “This year will be a little bit different because of the COVID stuff it won’t be a packed house. Normally, you can count on a packed house, a loud crowd and everybody getting into it.”

El Campo has dominated the recent rivalry winning 13 of the last 14 games. The Ricebirds lead the overall series 63-44-9.

But neither Smith nor Bay City assistant DaMarcus Griggs, who played quarterback for the Blackcats, lost to the Ricebirds during their varsity careers.

“I think it’s everything,” Griggs said. “Both teams are going to come out fighting hard and give it their all. The games have always been competitive. It’s always come done to last-second antics or a big play at the end.”

This year’s game will play a role in the district’s playoff race, which is what El Campo assistant Derrick Cash experienced when he played running back for the Ricebirds.

“If you’re from El Campo or from Bay City and you’ve been around here long enough you know how the rivalry was,” Cash said. “I’m glad their program is back where it’s at. It makes the rivalry better.”

First-year Bay City head coach Robert Jones played running back and ran back a punt for a touchdown as a senior to help the Blackcats defeat El Campo.

“It was a big thing with both the communities and both schools,” Jones said. “The kids and the communities come together. I remember my senior year we won 21-19 and I had the punt return for a touchdown. That’s the good old times.”

El Campo head coach Wayne Condra didn’t play in the game, but he realizes its importance to the communities.

“It’s something special,” said Condra, who is in his sixth season as El Campo’s head coach. “It’s got something different every year and it’s just unique and it’s a neat thing to be a part of.”

The players enjoy getting to be part of Texas football history.

“It’s definitely an adrenaline rush,” said Bay City senior Jessie Oros. “We have our district games, but once it comes to El Campo, it’s a different type of adrenaline. It’s going through your head that this is the biggest rivalry in Texas. So you want to perform the best you can.”

“Our fans kick it up a notch when it comes to this game,” said El Campo senior Ozial Alaniz. “The emotions do kick in a lot. It’s a big-time rivalry. People smack talk and stuff and your emotions get to you. But you can’t let it get you away from your game.”

That’s the exact message coaches on both sides will direct toward their players.

“It’s a big rivalry,” Condra said. “It’s a very important game for us in the district race. You’ve got to be able to execute and do the things you’ve had success doing.”

“It’s one of those games you’re going to be hyped up, but you have to remember stay focused,” Smith said. “All that hype can happen, but play the game. Play the game, control your emotions and let it come to you.”