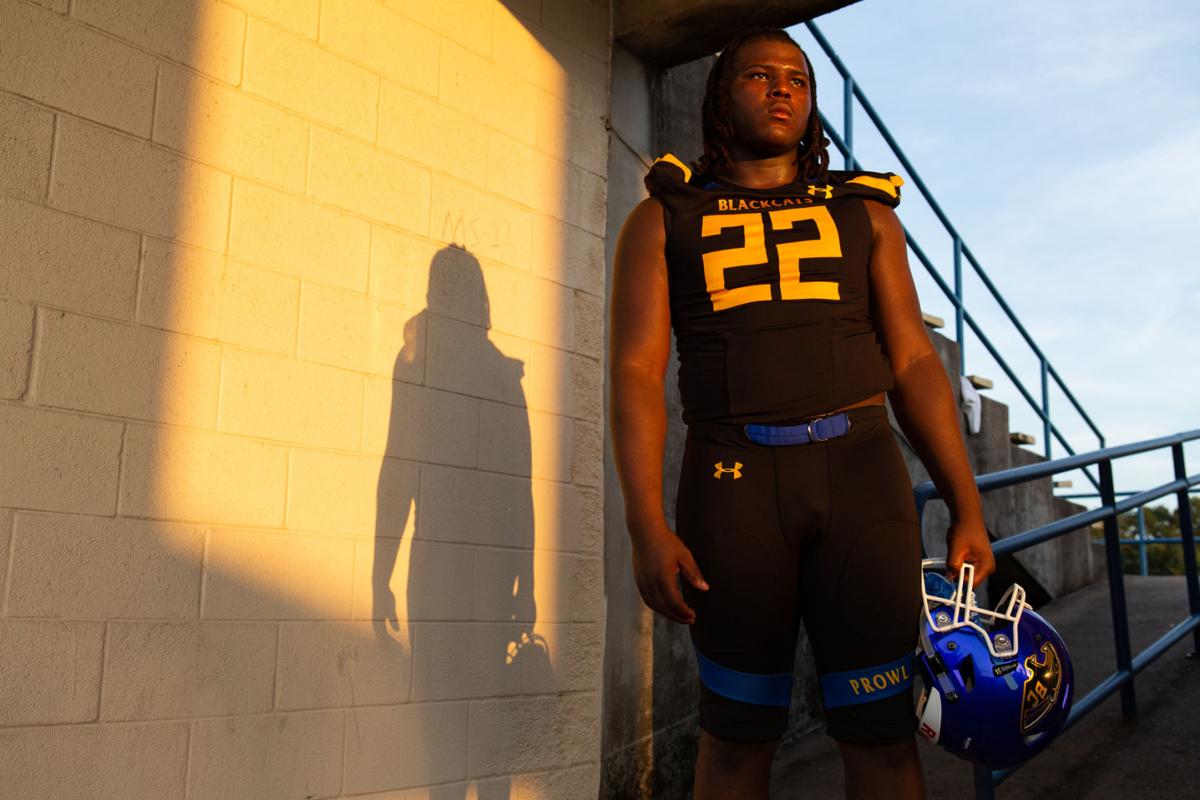 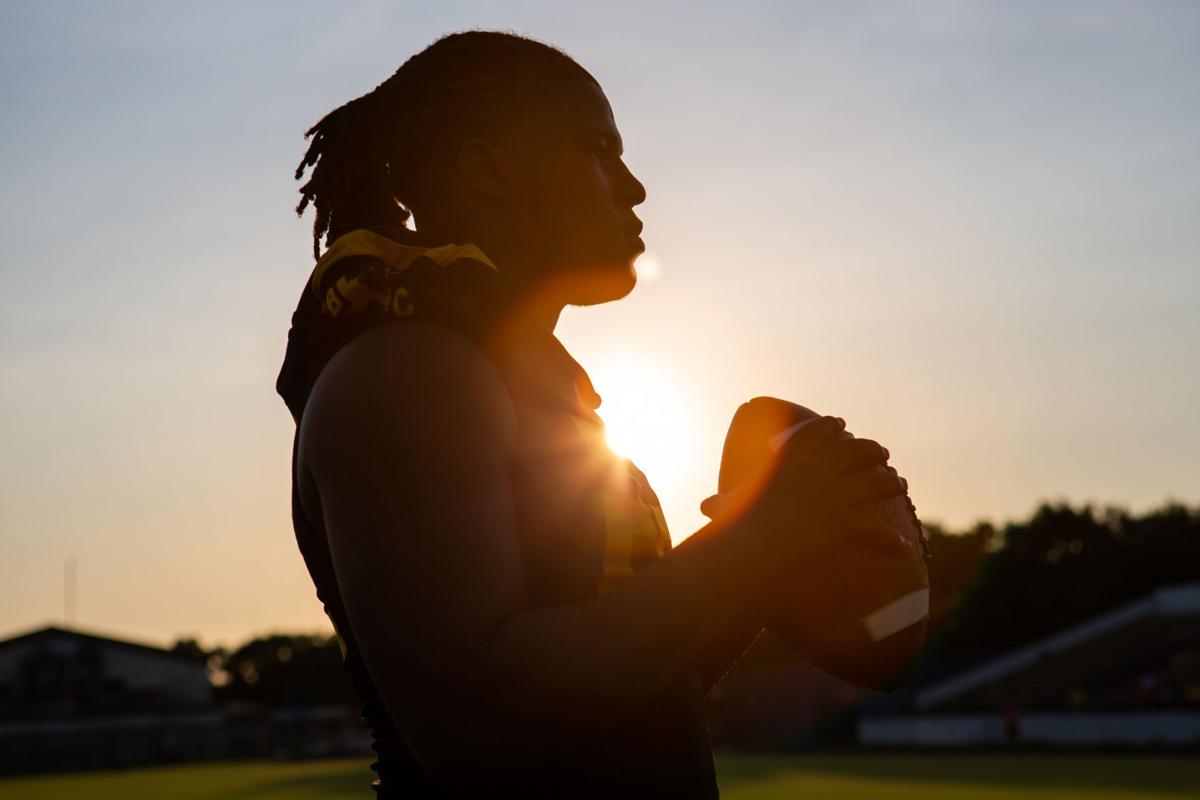 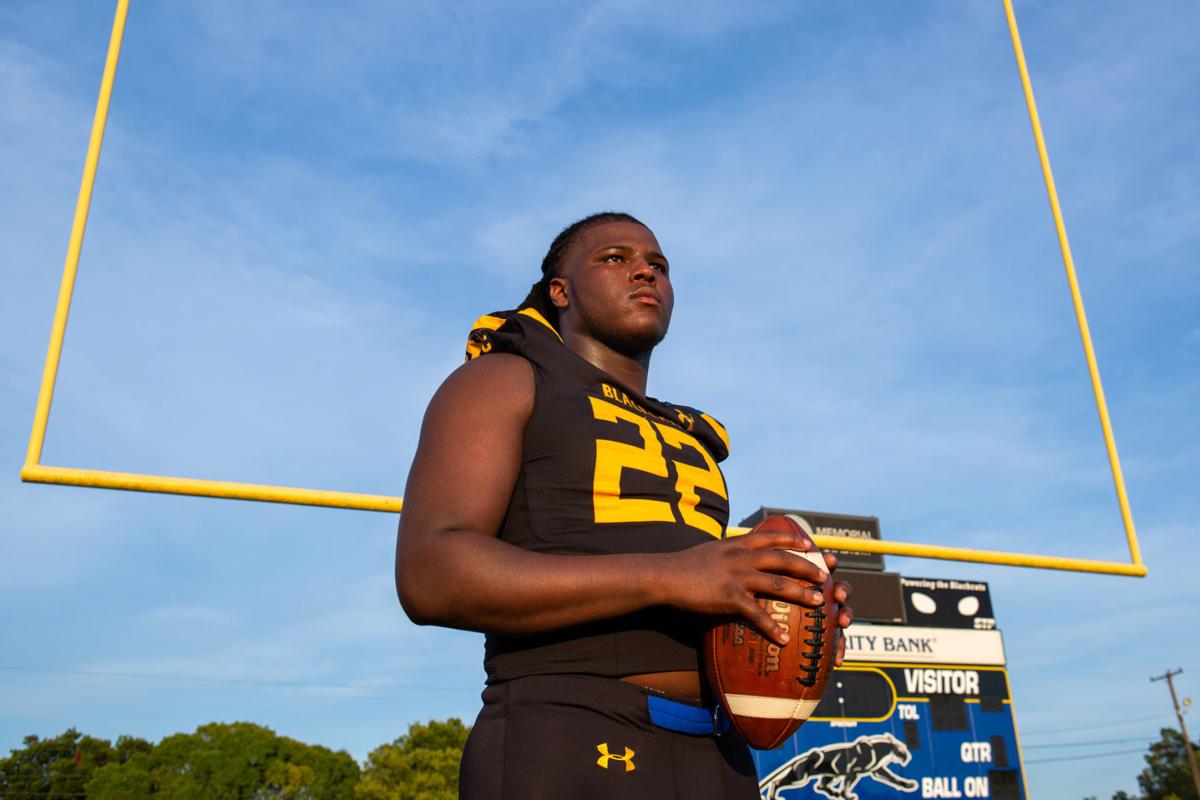 Bay City running back Rodney “Rj” Mitchell comes from a family of athletes.

Bay City running back Rodney “Rj” Mitchell comes from a family of athletes.

BAY CITY – Rodney Mitchell is the youngest member of his family, but it would be a mistake to call him the baby.

Mitchell stands 6 feet, 1 inch tall; weighs 240 pounds; and figures to wreak his share of havoc for Bay City this season.

“They already know what I did last year,” Mitchell said. “I come to show out.”

Mitchell had 951 yards rushing and receiving combined and scored 13 touchdowns as a running back last season despite missing the El Campo game with an injury. He added 54 solo tackles when he lined up at defensive end or linebacker.

“I like to run the ball and catch the ball,” he said. “I like doing people bad, like running people over and snagging on people and having fun on the field. If you’ve got the ball, I want you to feel the pain. To get this big and to get where I am right now, I love playing defense.”

Mitchell’s emergence came as no surprise to second-year Bay City coach Pat Matthews, who got a glimpse of what to expect at the school board meeting where he was hired.

“Rj stood out, and Rj usually likes to be the life of the party,” Matthews said. “He introduced himself and said, ‘I’m Rj, and I’m a running back,’ so from that moment on, Rj was Rj and has always been Rj.

“Since I got out here I’ve been very impressed with his work ethic, the way he moves around, the energy that he has. But what I’m more impressed with this year is the leadership that I see out of him. He’s getting guys there, he’s doing the right things and that’s huge.”

Mitchell comes from a family of athletes. His father, Rodney, played running back at Bay City before going on to play at Northeast Oklahoma. His uncle, Roland, played at Bay City and Texas Tech and spent eight seasons in the NFL.

Rodney Mitchell originally wanted his son to play wide receiver so he wouldn’t have to take the pounding that running backs experience.

But once he watched his son play youth football, Rodney Mitchell was certain running back would be Rj’s position.

“I knew he was going to be special,” Rodney Mitchell said. “I watched when he was playing youth football, junior high and now. I was a pretty good running back, and his vision is way better than mine when I was at his age.”

Matthews is aware of the Mitchell family’s athletic prowess and the way it drives Rj.

Mitchell has already received an offer from Lamar University, which is looking at him as a running back. But Mitchell just wants the opportunity to play college football.

“Any college that offers me,” he said, “wherever they need me to play, I’m playing.”

The Blackcats will need Mitchell to have a strong senior year to help them return to the playoffs.

“It’s just making plays,” Matthews said. “Being a big part of what we got going on. The leadership is a big thing. Even if you look at last year, Rj was all over the field. He was a running back, kick returner, he’s at linebacker, I mean he’s done it all, he’s punting. You can’t ask for anything more except for just to take it to another level. But that leadership component and getting these guys galvanized and together and keeping that synergy going, I think he’s done a good job of that.”