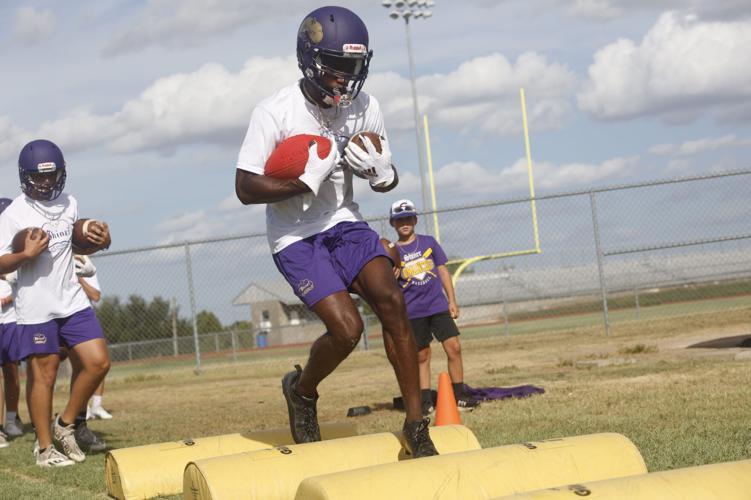 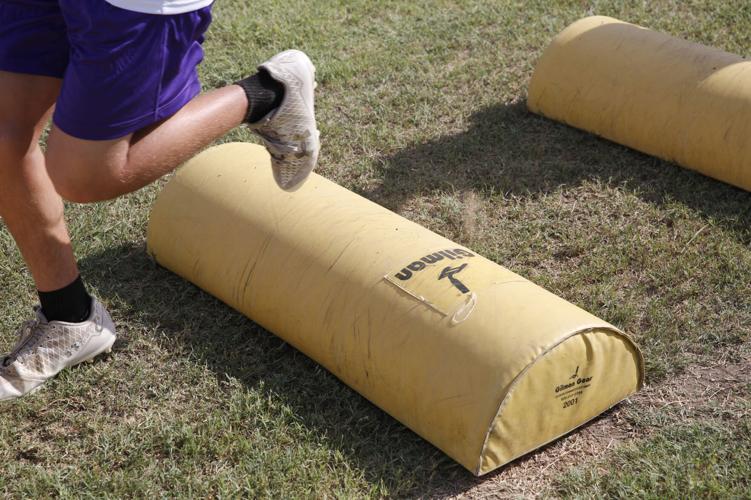 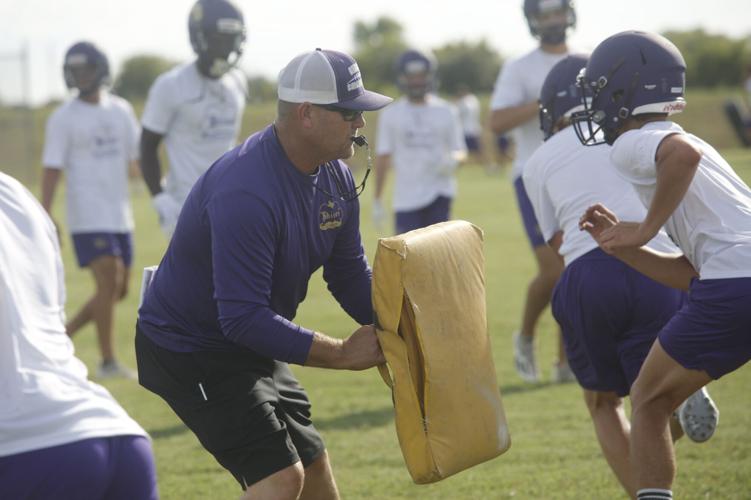 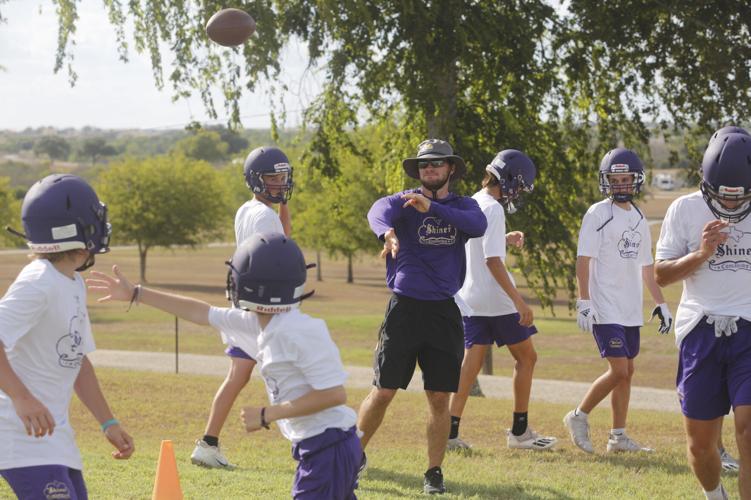 Shiner assistant coach, Connor Stefka, passes the ball to one of Shiner’s wide receivers during practice on Monday evening at Shiner High School.

Shiner assistant coach, Connor Stefka, passes the ball to one of Shiner’s wide receivers during practice on Monday evening at Shiner High School.

SHINER — Dalton Brooks was planning to wait until sometime during his senior season before deciding where he was going to play next year.

But Brooks changed his mind after visiting College Station over the weekend and speaking with his mother, Lashun Barnett, on the phone.

“I called my mom and told her that’s where I was going to play and she was excited.,” Brooks said. “So now was better than never and I made it happen.”

Brooks announced his commitment to Texas A&M on Saturday night and was back home in time for the first day of fall practice on Monday.

“It was a great decision for me and my family,” Brooks said. “It’s close to home. It’s a great opportunity for me and for my family to come watch me play.”

Shiner coach Daniel Boedeker supported Brooks’ decision and is looking forward to having him back and running back and in the secondary as the Comanches go for their third straight Class 2A, Division I state championship.

Shiner does running back drills at Monday’s practice. pic.twitter.com/dhVk2AIyNY

“We had a lot of conversations with him as coaches to try to help and do what we can, but it was totally his decision,” Boedeker said. “I know he feels good about it. .He’s going to be able to play this year without having anything like that to worry about.”

Brooks has turned his attention to preparing for Shiner’s season opener against Hallettsville.

The Comanches welcome back a number of starters, but also have some key players to replace.

“There is no concern about replacing guys,” Brooks said. “They step in and fill in. My biggest concern is how we bond together and how they step up in those positions they’ve been asked to play.”

Boedeker and offensive coordinator Randy Palmer will have options at the quarterback position. Starter Drew Wenske returns and will be joined by Ryan Peterson, who missed much of last season with an injury.

“We like to have one quarterback and obviously when you have two like that the other one is going to be on the field,” Boedeker said. “Drew has been a receiver for us and he’s capable of doing a lot of different things so we can utilize both of those guys in the offense.”

Shiner’s Bech Bishop during the first day of practice. pic.twitter.com/f0BE8OUMFf

The offensive and defensive lines have been a strong point for Shiner the last two seasons, and running back/linebacker Beck Bishop expects the Comanches to be strong up front again this season.

“I think we can be just as good or better,” Bishop said. “It’s all technical. If we can line up right and get our blocking assignments, we can execute any block we need to.”

Shiner ranked No. 1 in Class 2A preseason poll

Shiner will concentrate on fundamentals as it prepares for its first week in pads and scrimmage against Tidehaven.

“First of all, we want to make sure we cover all the little bitty basics that we feel are very important,” Boedeker said. “Getting in shape, and our footwork on all the things we’re really emphasizing. You want to make sure your kids have a knowledge of your base offense and base defense so we can get really good at it.”

The Comanches go into the season ranked No. 1 in the state poll, but they are taking nothing for granted.

“Numbers mean nothing,” Brooks said. “You have to go out there and prove it and play every week.”

Shiner, Tidehaven test each other in opening scrimmage

Shiner is coming off back-to-back state championships while Tidehaven hopes to challenge for one after a regional semifinal trip last year. The two faced off in their first scrimmage on Friday.