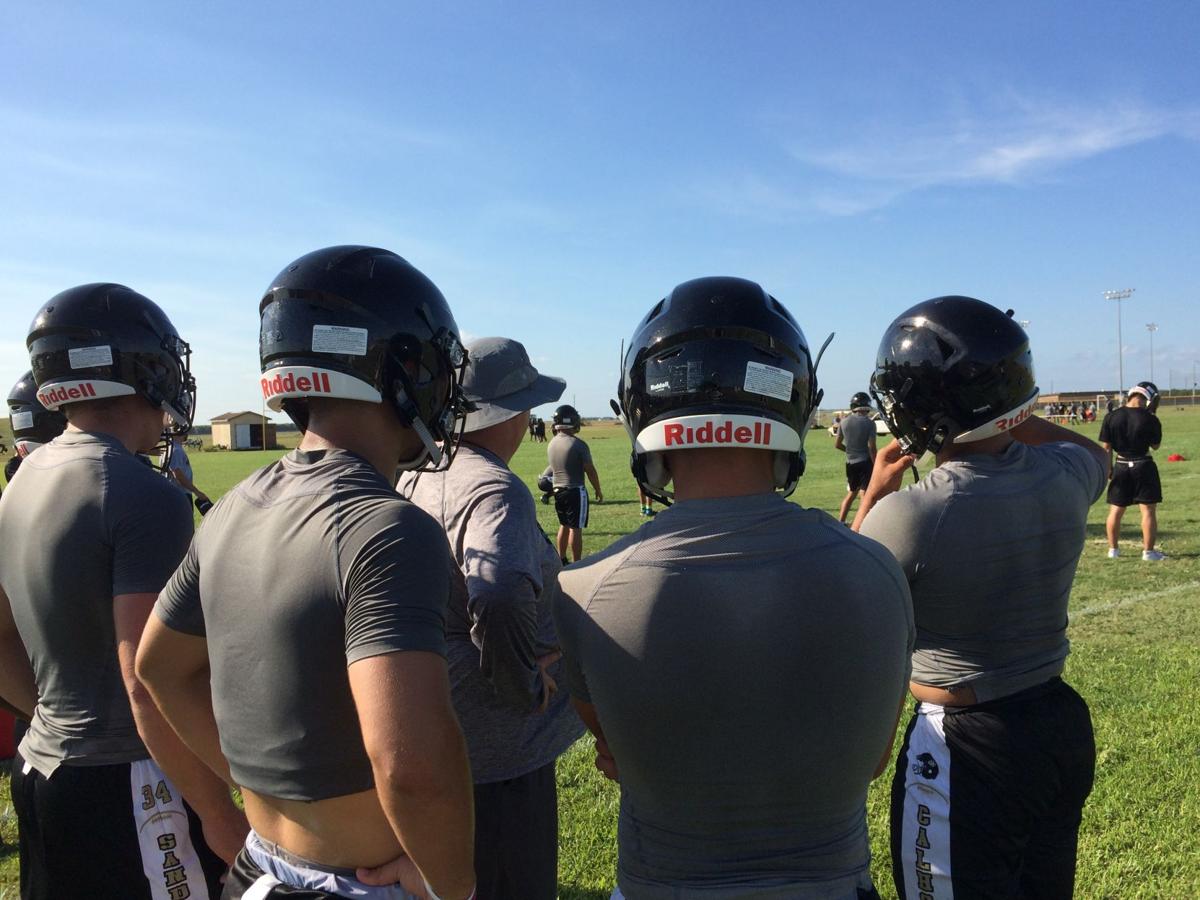 Calhoun High School had their first practice of the 2019 season on Aug. 12. 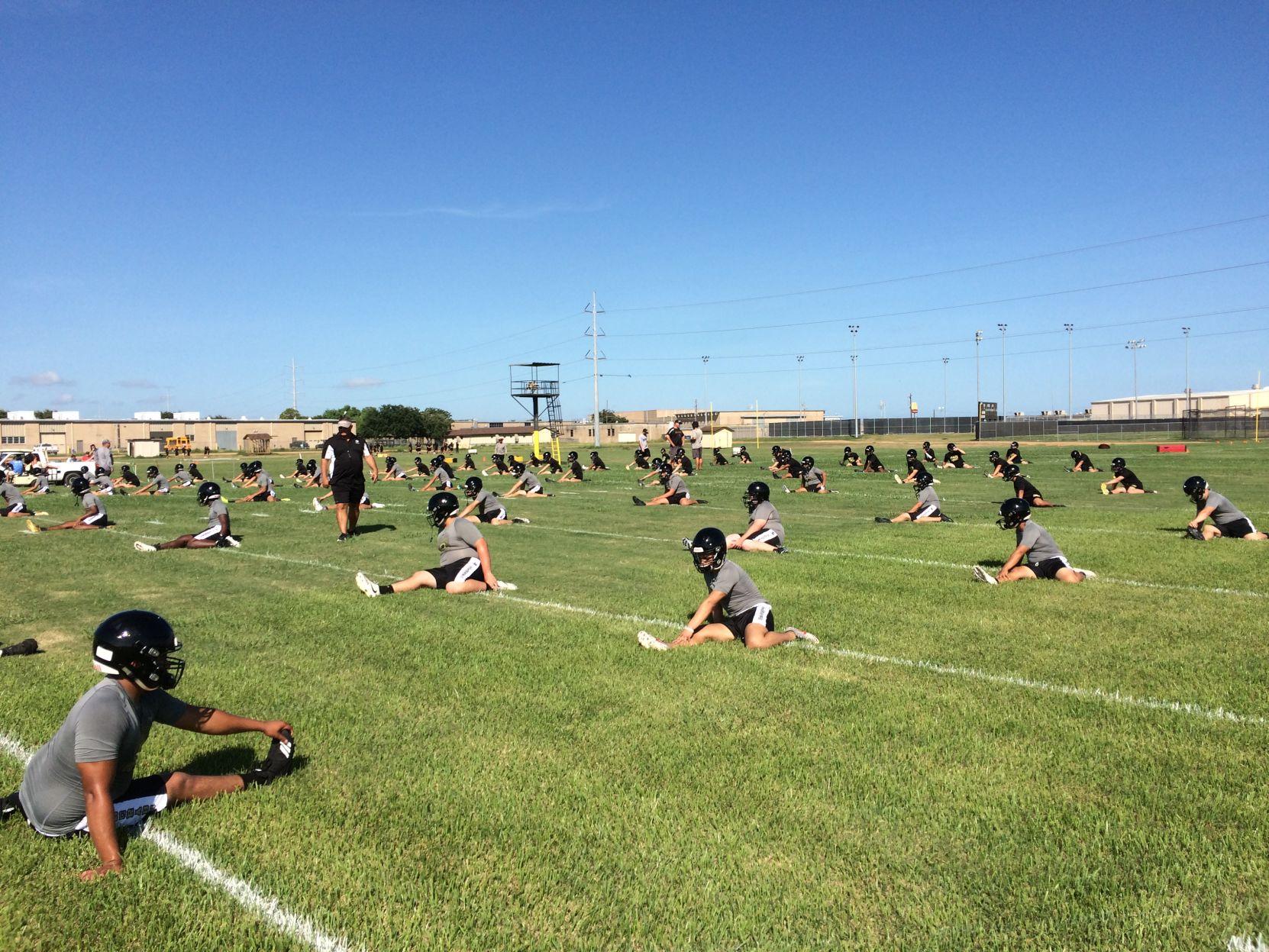 Calhoun High School had their first practice of the 2019 season Aug. 12.

Calhoun High School had their first practice of the 2019 season on Aug. 12.

Calhoun High School had their first practice of the 2019 season Aug. 12.

PORT LAVACA — Calhoun’s first practice of the season was much the same as it has been since Richard Whitaker took over as head coach in 2005.

The Sandcrabs were back on the school’s practice field Monday afternoon running option drills in the intense August heat that was tempered slightly by a bay breeze.

But senior quarterback Conner Kestler noticed a slight difference from past seasons and he credited the sport specific drills the team ran during summer conditioning.

“We’re definitely ahead of where we were last year,” Kestler said. “We came in here with a lot more knowledge of our plays and all the formations we have. Last year, we kind of came in blind.”

The Sandcrabs return their entire starting backfield from last year’s team, which advanced to the quarterfinals before losing to District 15-4A, Division II foe Corpus Christi Calallen.

“We have a lot of guys back in the backfield so we’re good back there,” Kestler said. “We have a new line, but those guys are coming up strong and I believe we’ll be just as good up there.

“It just takes some time to get chemistry with each other and me too,” he added.” I’ve got to know what they like to block and what they’re calls are and all that stuff.”

Calhoun coach Richard Whitaker leads the Sandcrabs in their first practice of the season. pic.twitter.com/1L60a1AOaP

Whitaker was mostly pleased with the retention from spring practice, especially from the returning starters.

“We jumped in there with our drills and our first group handled the ball pretty well and that’s from doing it all through the summer,” he said. “The goal right now is just to get our wheels under us. We don’t have a lot of time and a lot of days to get there.”

Junior Steve Johnson, who earned first-team all-state honors at fullback last season, admits he feels more comfortable in the offense, but knows there is always more to learn.

“Coach always has some tricks up his sleeve, but unfortunately, I’ve never got the answer for everything,” he said. “But as time goes on he does teach me more and more. Now, the mesh between my quarterback and me, we’re doing a lot better and this new line is going a lot smoother so we’re doing better and better.”

Whitaker’s biggest concern is making sure Calhoun is ready physically for its Aug. 23 scrimmage against Houston Spring Woods at Sandcrab Stadium.

“You’ve got to get your legs under you,” he said. “We’re going to do a lot of running these first few days. They’re going to be sore and tired and we’re going to push them pretty hard.”

“It’s really hard because that’s all we did,” Kestler said. “We used to go inside and hit people when they weren’t looking. It wasn’t a dirty hit, that’s just how we blocked people. Now, we can’t do that and we have to relearn how to block people.”