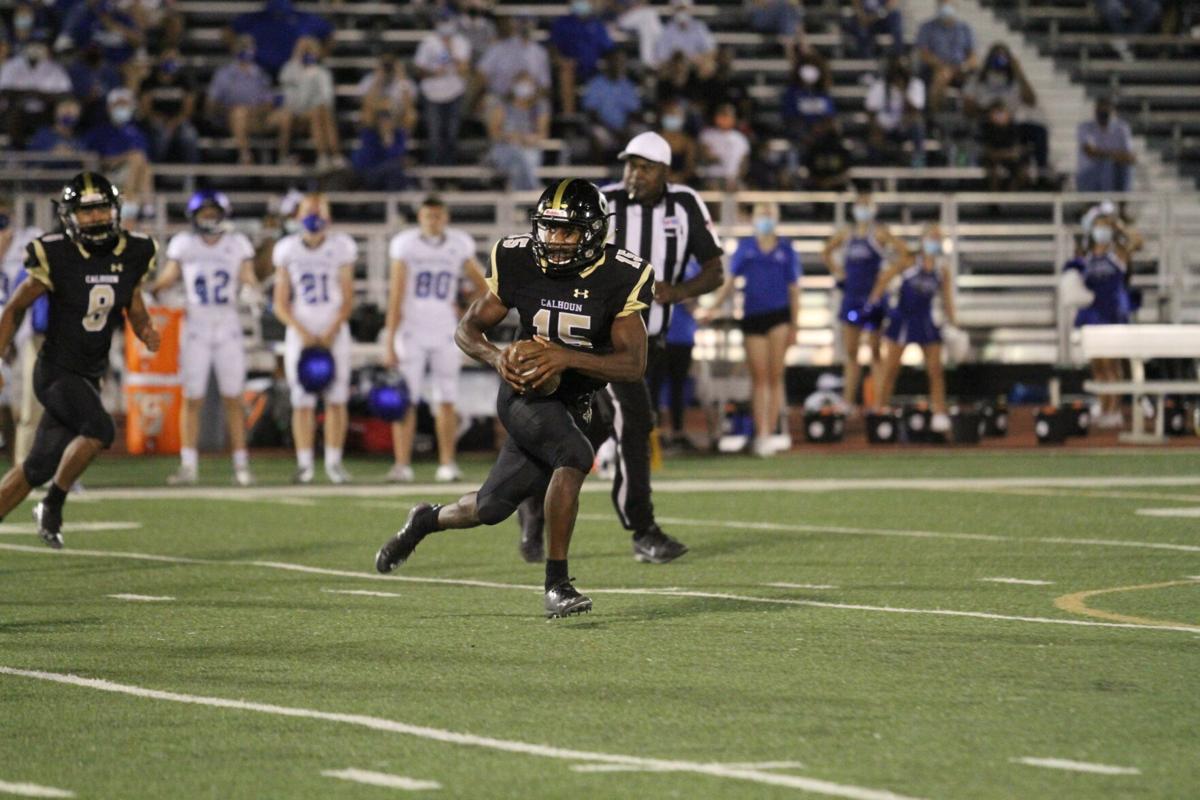 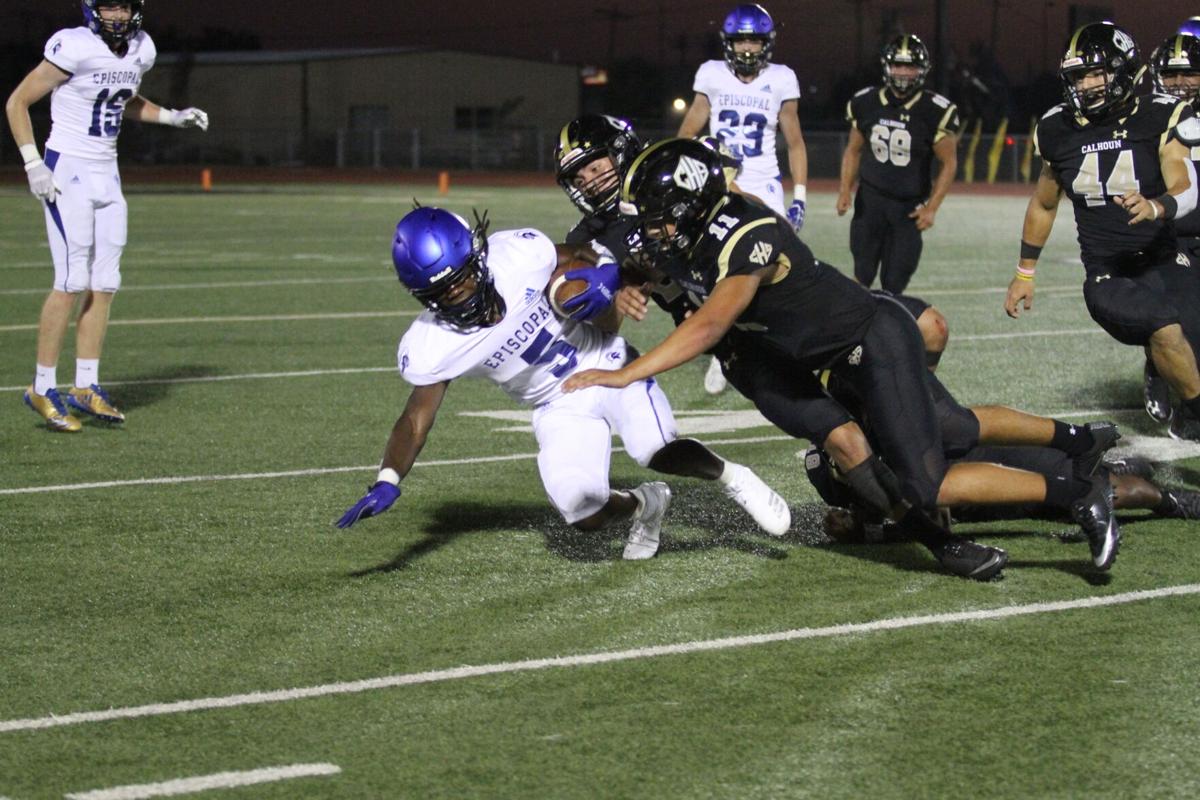 Calhoun’s Jacob Laughlin brings down the runner during Friday’s game against Bellaire Episcopal on Friday at Sandcrab Stadium.

Calhoun’s Jacob Laughlin brings down the runner during Friday’s game against Bellaire Episcopal on Friday at Sandcrab Stadium.

PORT LAVACA — Steve Johnson knew his teammates had their work cut out for them Friday evening at Sandcrab Stadium.

“Coach scheduled our preseason packed with talent,” Johnson said. “Playing teams like this will help us be able to compete against any team.”

Johnson battled his way through a tough defensive front. He rushed for 151 yards, scoring three of the Sandcrabs’ five touchdowns to secure a 34-14 victory.

Calhoun (3-1) and Episcopal (0-1) engaged in a battle of size and grit in the trenches.

Episcopal came out strong, handing the ball to their workhorse running back Quon Marion (191 yards, 2 touchdowns).

The Sandcrabs’ offense responded on their first possession.

With the Episcopal defense keying on Johnson, quarterback Jarius Stewart kept the ball and sprinted 47 yards for a touchdown.

The defenses took over until Calhoun capped its final drive of the second quarter with a 1-yard touchdown run by Johnson.

“Our lineman stepped up tremendously, as did our defense, especially against a strong offensive line that they have,” Johnson said.

The Knights’ offensive line featured two Division I college commits. However, they were unable to break through the tough Sandcrabs’ defensive front.

Johnson gave Calhoun some cushion with a 56-yard touchdown run with 3:30 left in the third quarter.

Episcopal, continuing to run behind its talented front five, followed the Calhoun touchdown with a Marion 3-yard score to pull within 20-14.

Johnson and the offensive front took control of the remainder of the game by continuing to play physical football.

Johnson scored twice on runs of 27 and 58 yards by Johnson.

“They kind of kept me off balance,” Whitaker said. “They came out in a split, we got the split all lined up, then they flipped to a 50 defensive front.”

Mixing up the defensive fronts may have caused Calhoun to make a few adjustments, but it didn’t hinder Johnson and the offense.

“The first half they did a good job of slowing him in the first half,” Whitaker said. “We got him going in the third and fourth quarters.”