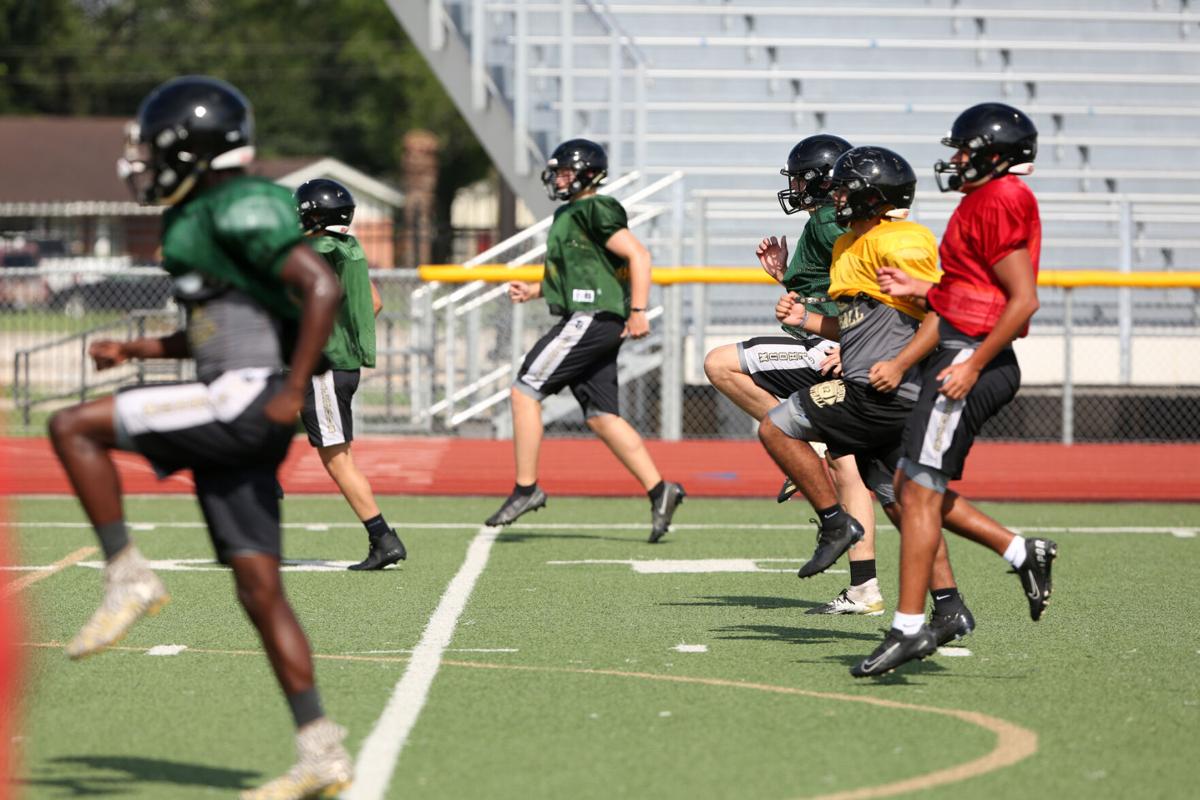 The Sandcrabs warm up during practice at Sandcrab Stadium in Port Lavaca. 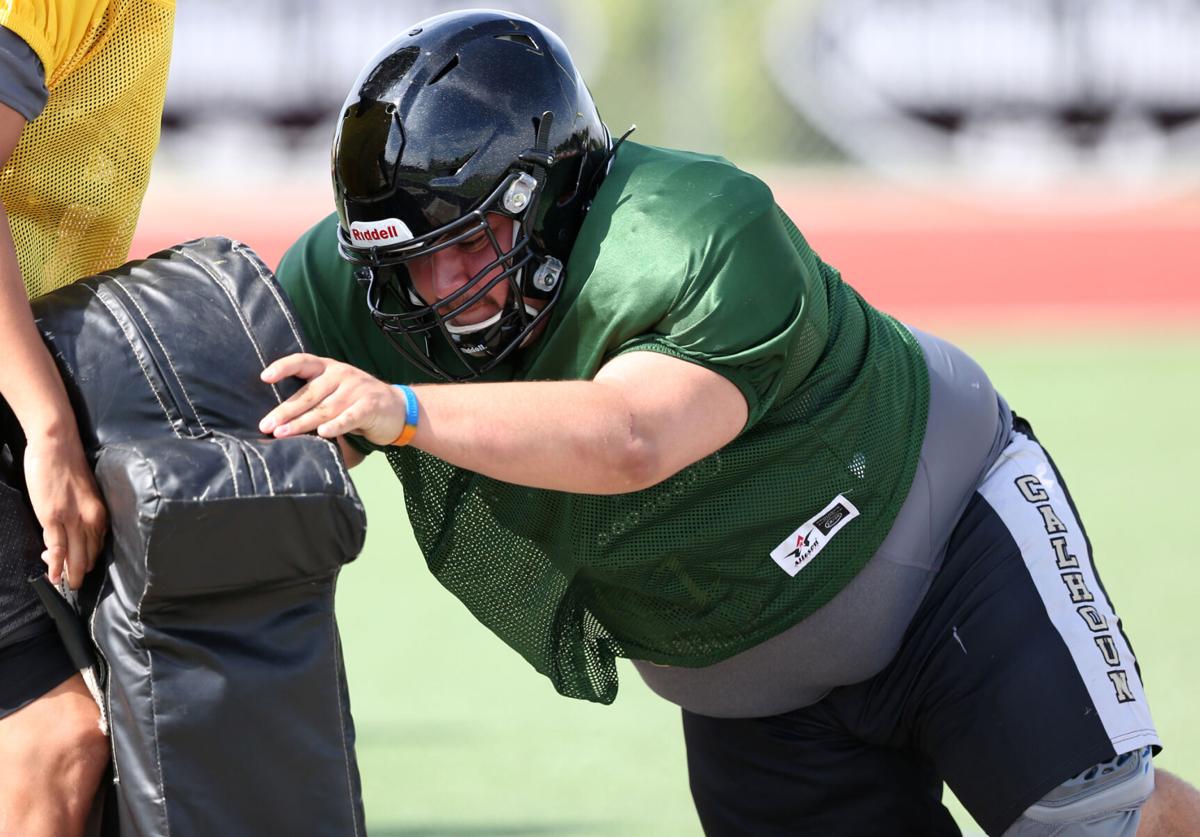 Vinson Samudio tackles a dummy during practice at Sandcrab Stadium in Port Lavaca. 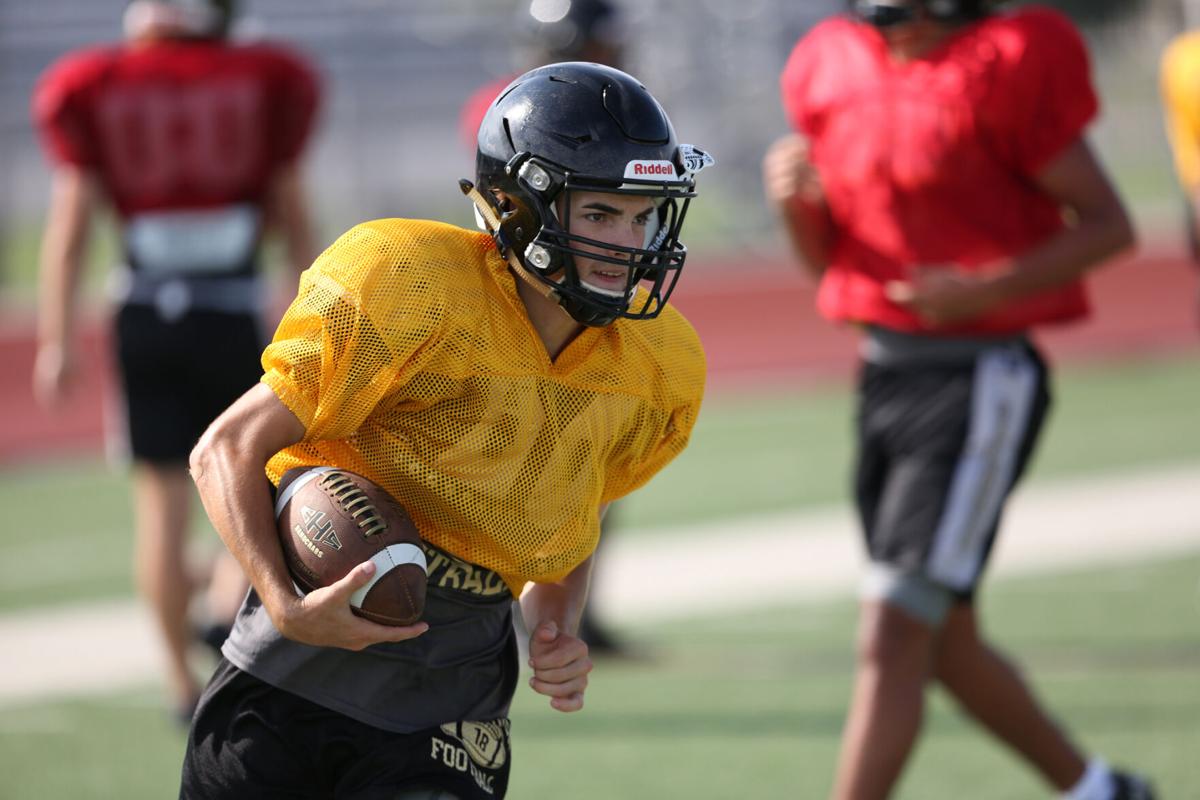 Ayden Maddux runs with the ball during practice at Sandcrab Stadium in Port Lavaca.

The Sandcrabs warm up during practice at Sandcrab Stadium in Port Lavaca.

Vinson Samudio tackles a dummy during practice at Sandcrab Stadium in Port Lavaca.

Ayden Maddux runs with the ball during practice at Sandcrab Stadium in Port Lavaca.

PORT LAVACA — Calhoun has been at or near the top of its district for the last three years, even with a drop down to Class 4A, Division I with realignment in 2020.

Yet after going 9-3 last year and placing second in District 15-4A, Division I, Calhoun expects challenges ahead as it fields its lowest numbers in three years.

“We were told we’re going to have low numbers this year,” said quarterback Jacob Laughlin. “We’re going to have to use what we’ve got and make the best of it. This offseason, I felt we really got better with our speed and filling in the spots of Jarius Stewart and Steve Johnson. I felt it was hard to fill those spots but I feel we’re going to get to that point where we’re going to play just as good as them.”

Stewart and Johnson, who combined for 50 touchdowns in 2020, highlight the 25 seniors Calhoun graduated.

Laughlin, the starting defensive back, takes over at quarterback after backing up Stewart and Conner Kestler as a sophomore and junior.

Linebacker Esteban Cruz takes over at fullback after backing up Johnson, who along with linebacker Kirk Stringham, who had over 100 tackles in 2020, are expected to anchor the Sandcrabs’ defense.

“We just need to keep getting better,” Stringham said. “Every time you make a mistake, don’t get down on yourself just build off of that mistake. I think we have the competitiveness in our hearts. We just need to go out there and put it out there on the field like we know we can and get it done.”

Calhoun begins the season ranked No. 23 in Class 4A, Division I.

The Sandcrabs open the year at Geronimo Navarro and will play No. 4 El Campo in non-district.

But head coach Richard Whitaker knows a successful season will come down to keeping his players healthy.

“This is my 34th year and there’s been years we’ve had no injuries and there’s been years where you’ve had lots of injuries,” Whitaker said. “You’ve got to be lucky. We’ve got a tough schedule and we’re just trying to get through it and keep the kids healthy and hopefully keep them on the field so we give ourselves the best chance we can.”