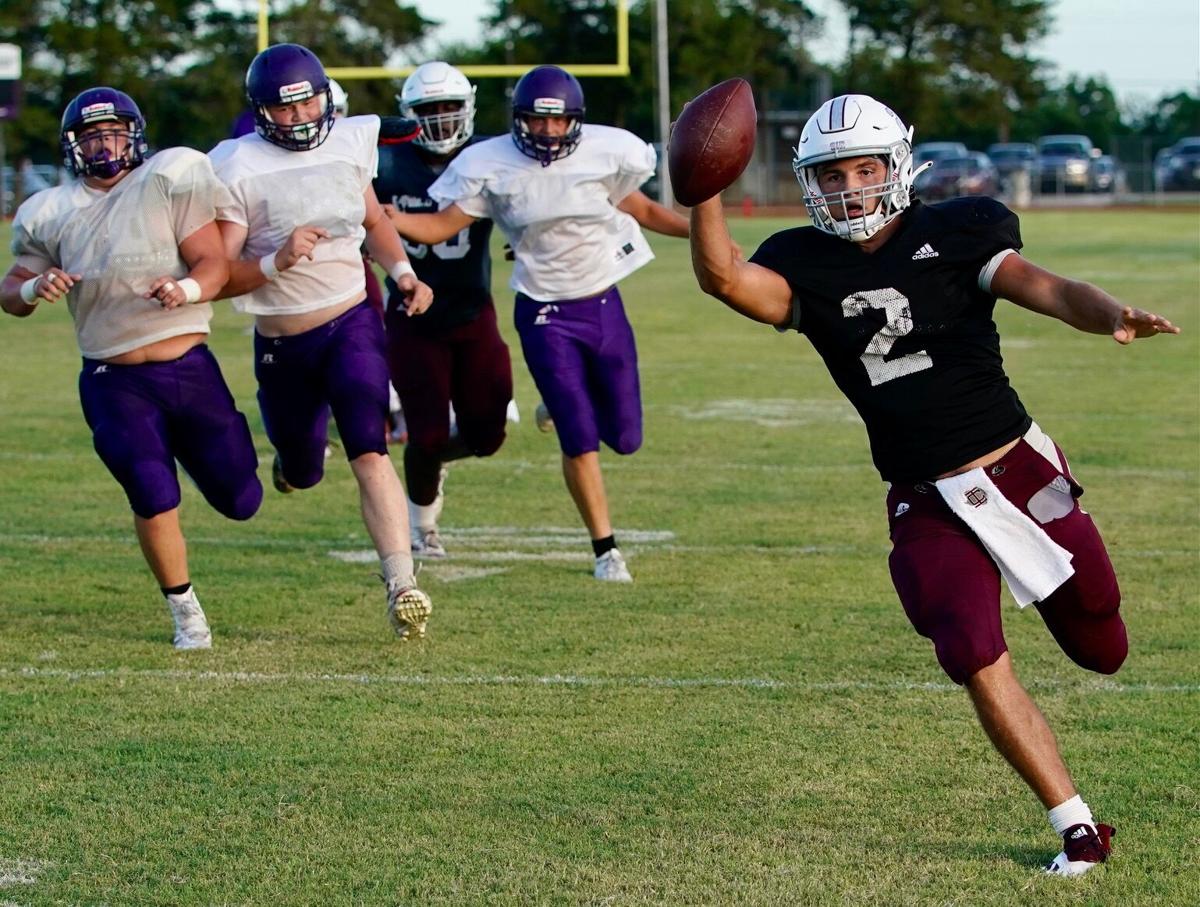 Industrial quarterback Matthew Davis outruns the Shiner defense for a touchdown in their scrimmage Friday night. 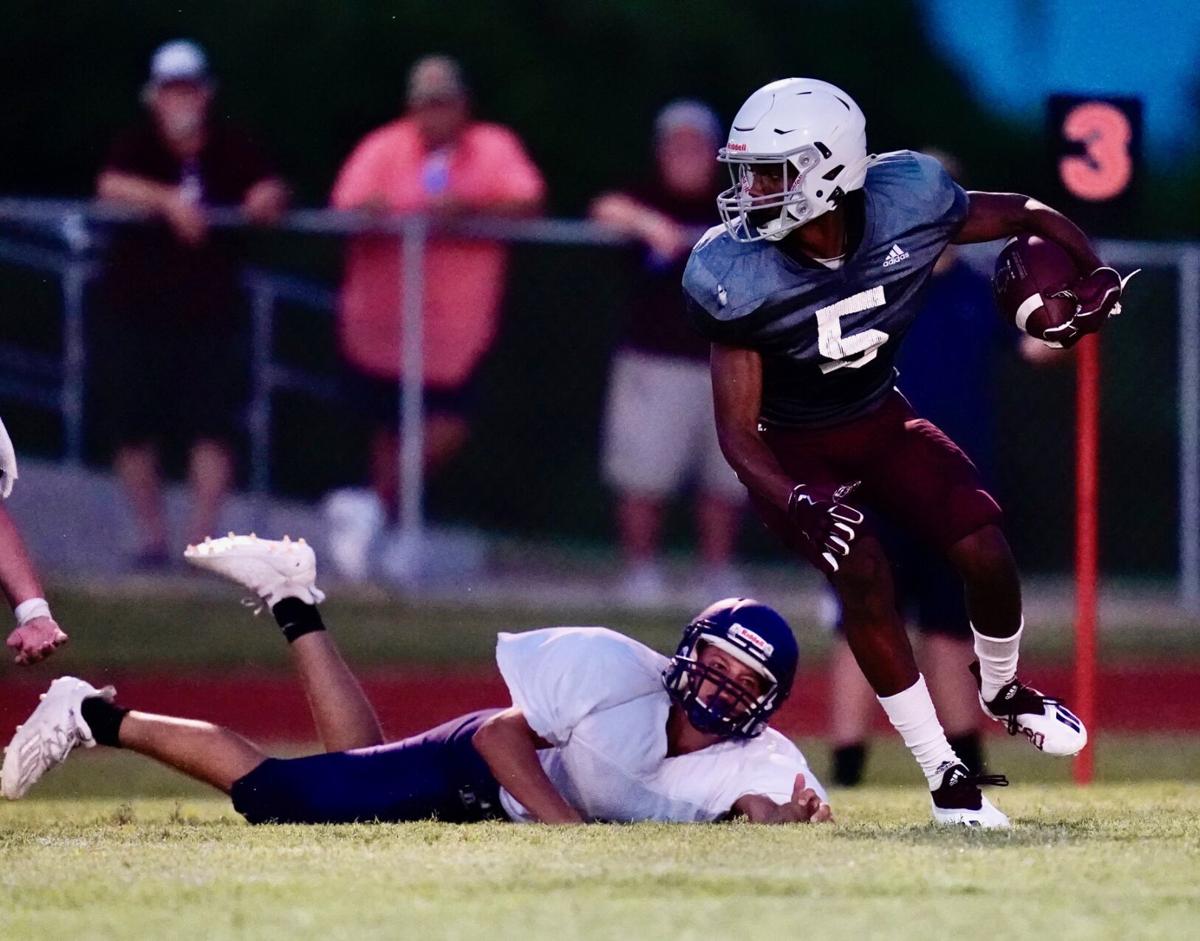 Clearance Hosey of Industrial makes a run after the catch against Shiner in their scrimmage. 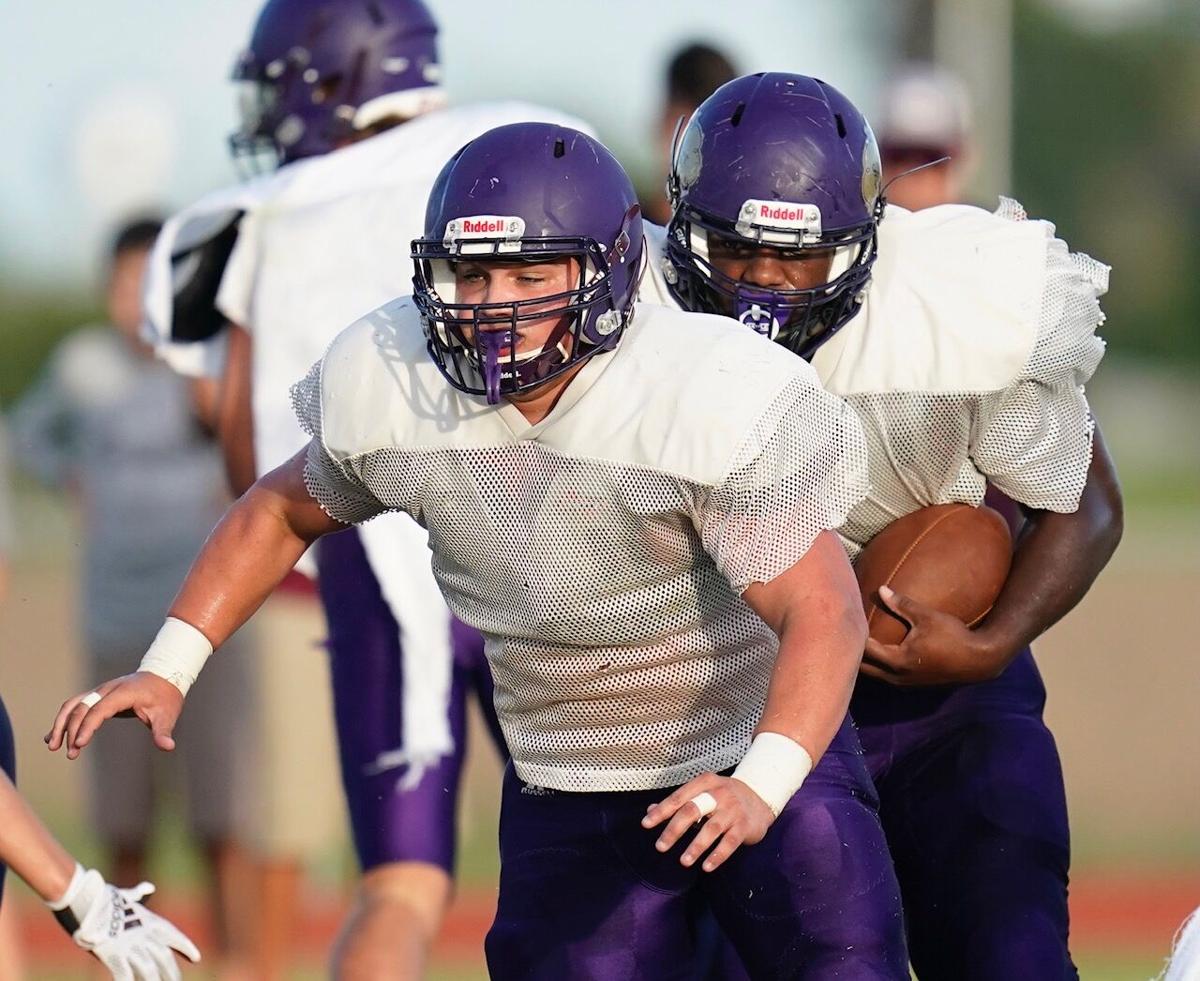 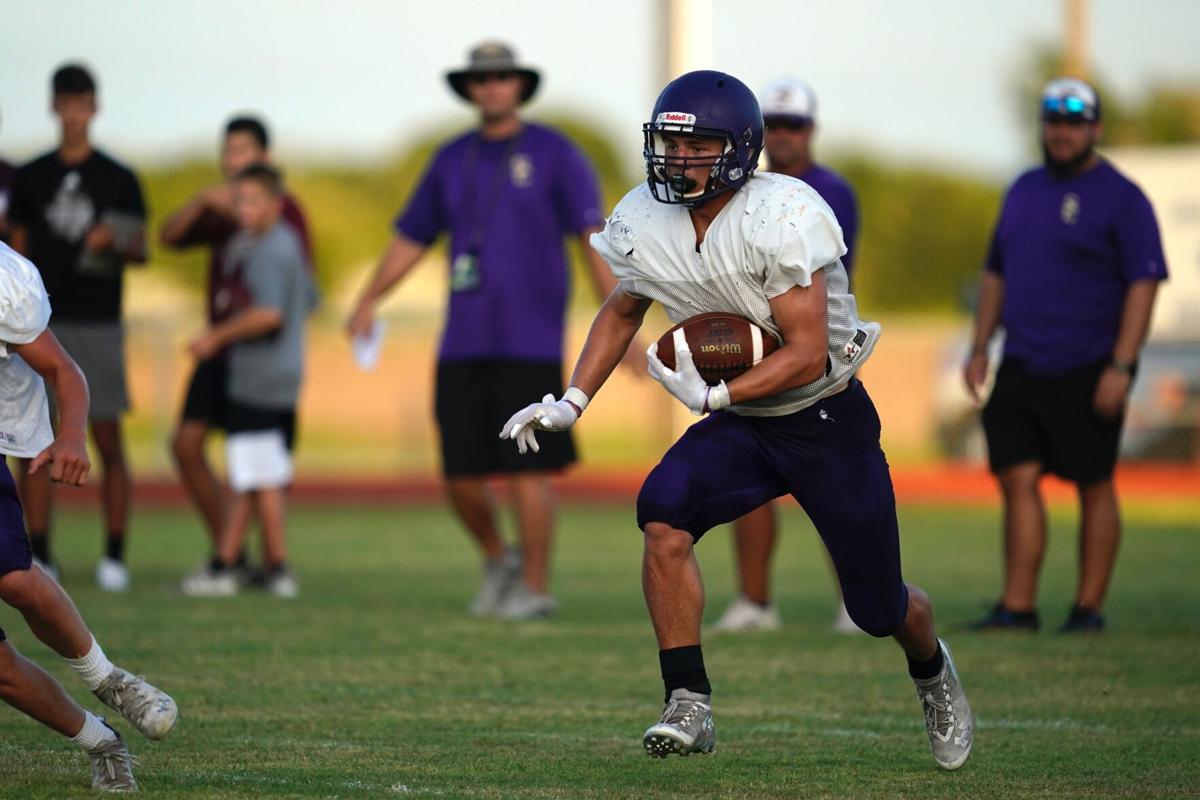 Eli Fric of Shiner carries the ball against Industrial in their scrimmage Friday night. 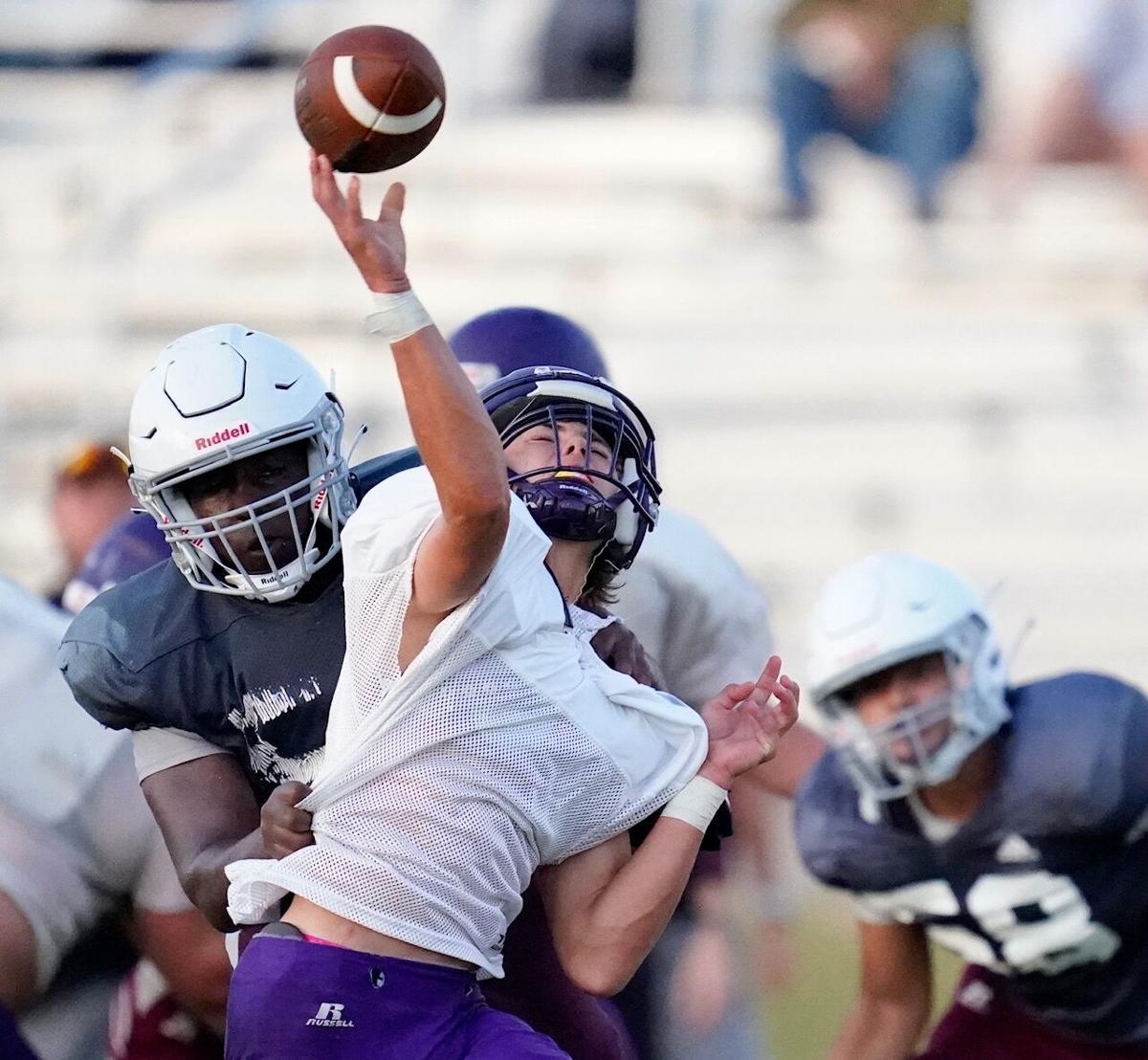 Shiner quarterback Drew Wenske feels pressure as he launches the ball for a complete pass in scrimmage action Friday night. 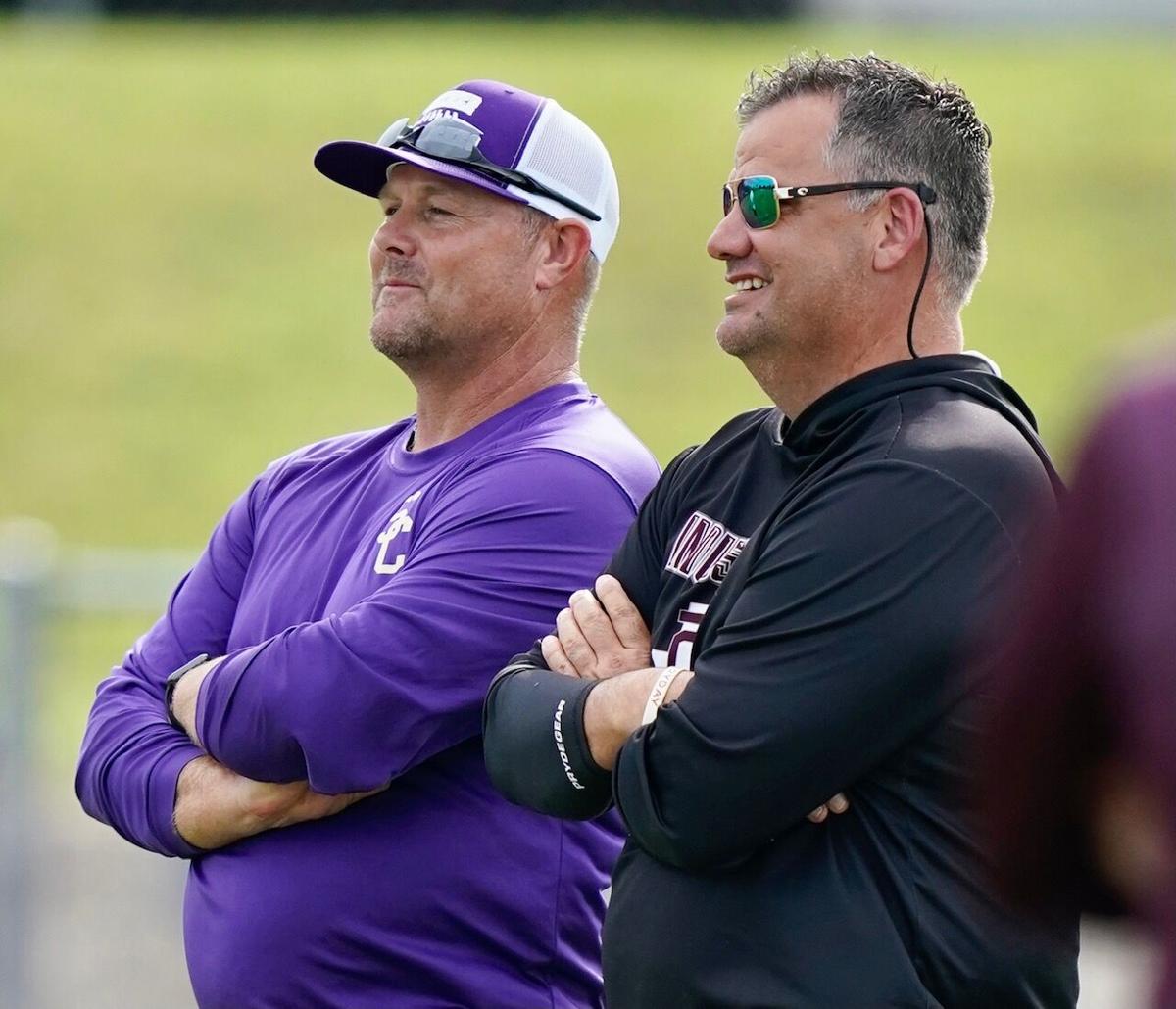 Industrial quarterback Matthew Davis outruns the Shiner defense for a touchdown in their scrimmage Friday night.

Clearance Hosey of Industrial makes a run after the catch against Shiner in their scrimmage.

Eli Fric of Shiner carries the ball against Industrial in their scrimmage Friday night.

Shiner quarterback Drew Wenske feels pressure as he launches the ball for a complete pass in scrimmage action Friday night.

SHINER — Industrial quarterback Matthew Davis wasn’t quite sure what to expect in the Cobras’ initial offensive series against Shiner.

But Davis’ concerns were quickly erased as Industrial showed the ability to move the ball and scored two touchdowns.

“We came out and dominated a lot better than I thought we would,” Davis said. “I’m very proud of everyone. Our line did an amazing job compared to what they’ve been doing this week. They were loving it. They had their heads up and smiling. It felt good seeing them smile and made me smile.”

After holding the Comanches scoreless, the Cobras reached the end zone on a 19-yard run by Davis and a 67-yard pass from Davis to Clearance Hosey.

“I just wanted to see if we would come out with some intensity and do things the right way,” said Industrial coach Jamie Dixon. “The kids came out with it. Our defense is what we thought it was going to be. We returned nine starters and they flew to the ball.”

Shiner struggled in its first offensive possession before scoring on a 4-yard run by Doug Brooks on the first team’s second possession.

“We knew they were going to come in here and it would be a tough challenge for us,” said Shiner coach Daniel Boedeker. “We had a lot of guys getting their first varsity experience. There were some nerves for them.

“I thought we played cautiously early and weren’t very aggressive. But we challenged the kids to step it up and play with confidence and I thought we finished the scrimmage on a really good note.”

The Cobras are ranked No. 6 in the Class 3A, Division I state poll with a majority of starters returning from last year’s regional playoff team.

“The main thing is we’re a bunch of seniors,” Davis said. “We’ve been together since seventh grade. We kind of know each other and how to pick each other up.”

“We’re far ahead of where we’ve been since I’ve been there and the coaches have done a great job,” Dixon added. “It’s a blessing to have 22 seniors and we’re good.”

Shiner is ranked No. 2 in the Class 2A, Division I poll despite graduating 22 seniors from last year’s state championship team.

“We didn’t start off too good, but we finished very well,” said running back Dalton Brooks. “We were going forward, we made plays on defense and we put a drive together. There was no stopping us when we got to the young ones and told them this is a different level.

“That first series I treated more like a game,” Dixon said. “It was scripted. I knew what we were going to do. I wanted to see how it was going to work with the execution. The second series we needed to see what we saw and the passing game is what we wanted to work on.”

The Comanches’ first score came on a 7-yard run by Eli Fric.

“It’s just finishing plays,” Boedeker said. “I thought defensively we were getting there at times and we weren’t making the tackle. Offensively, we’ve got to stay on our blocks a lot better. We’ve got some weapons in the backfield and we know we can do some things with.”

Industrial will scrimmage Columbia on Thursday in Vanderbilt. Shiner returns to Comanche Stadium on Thursday to scrimmage Luling.