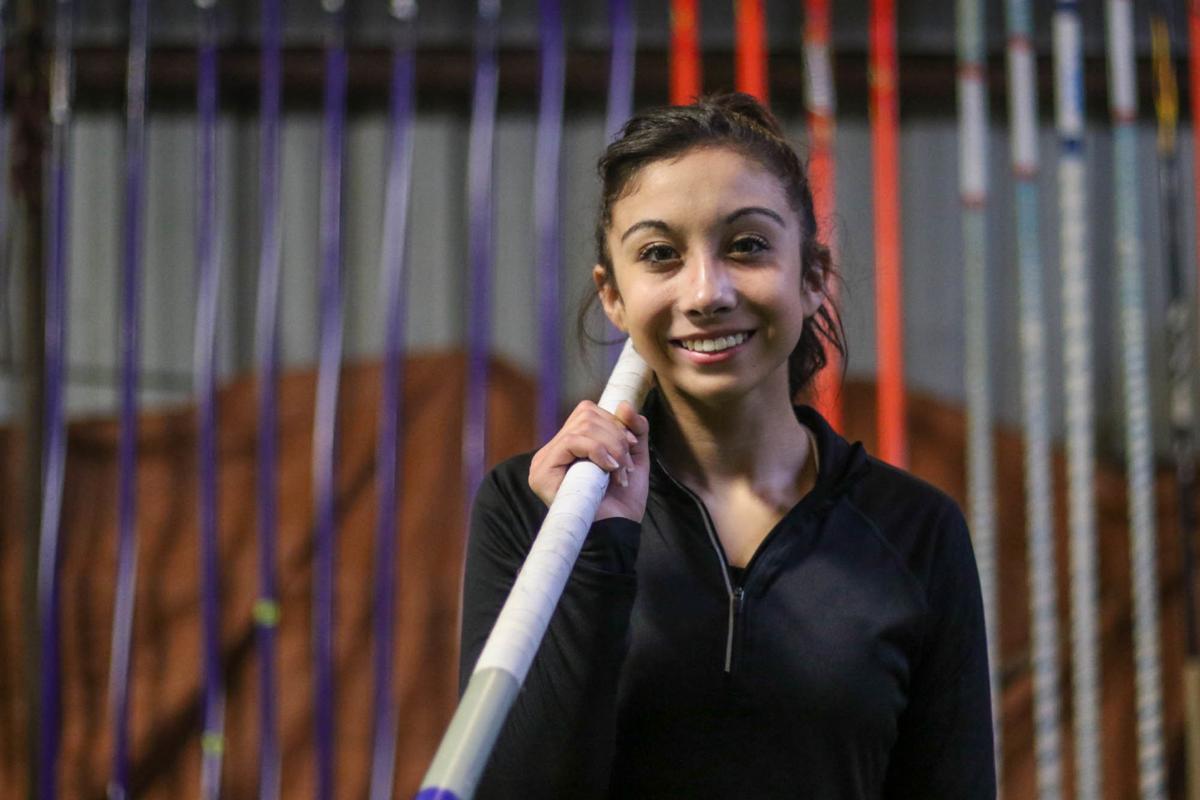 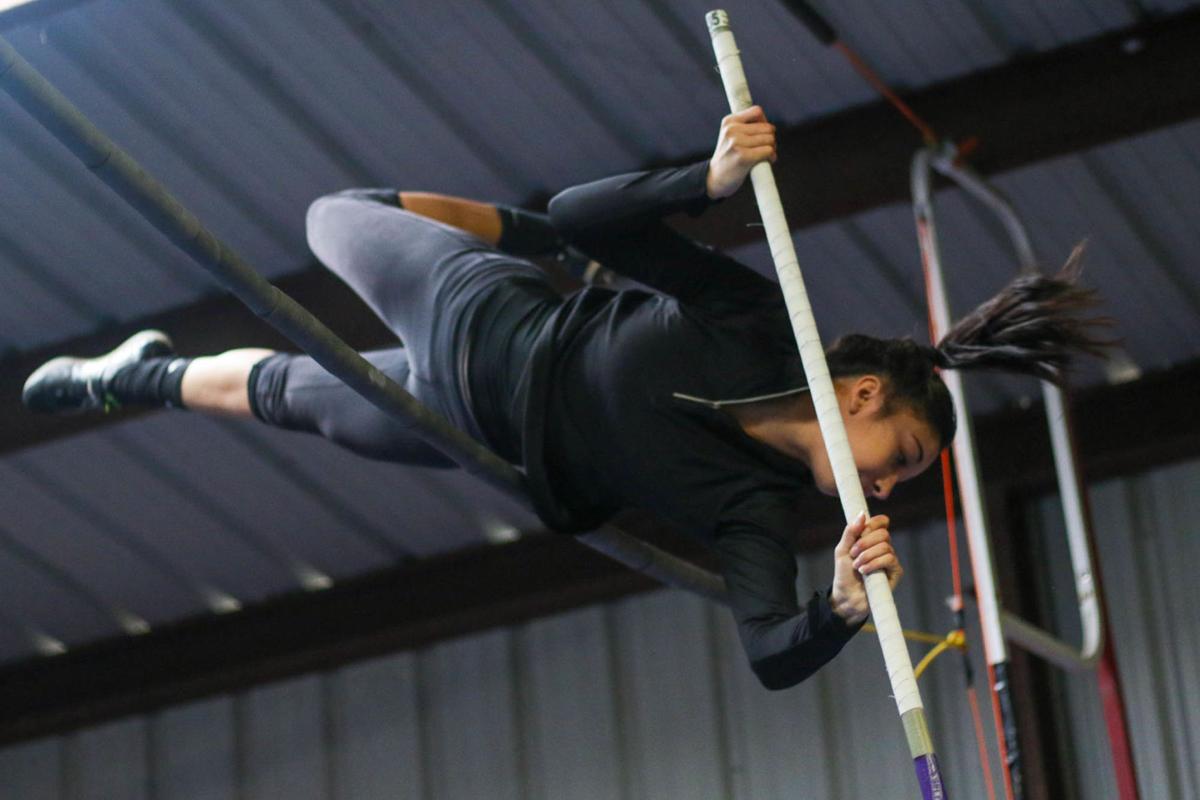 Bella Coscetti practices at the Vault Barn in Woodsboro. 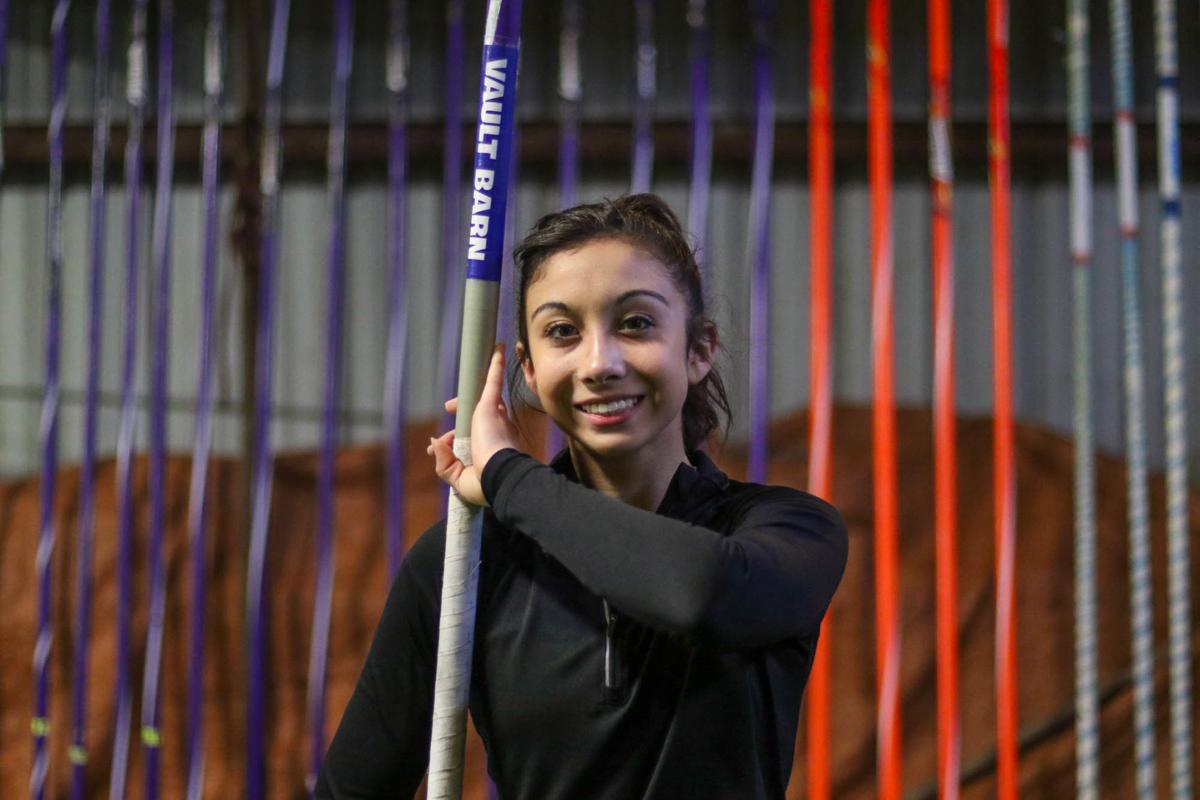 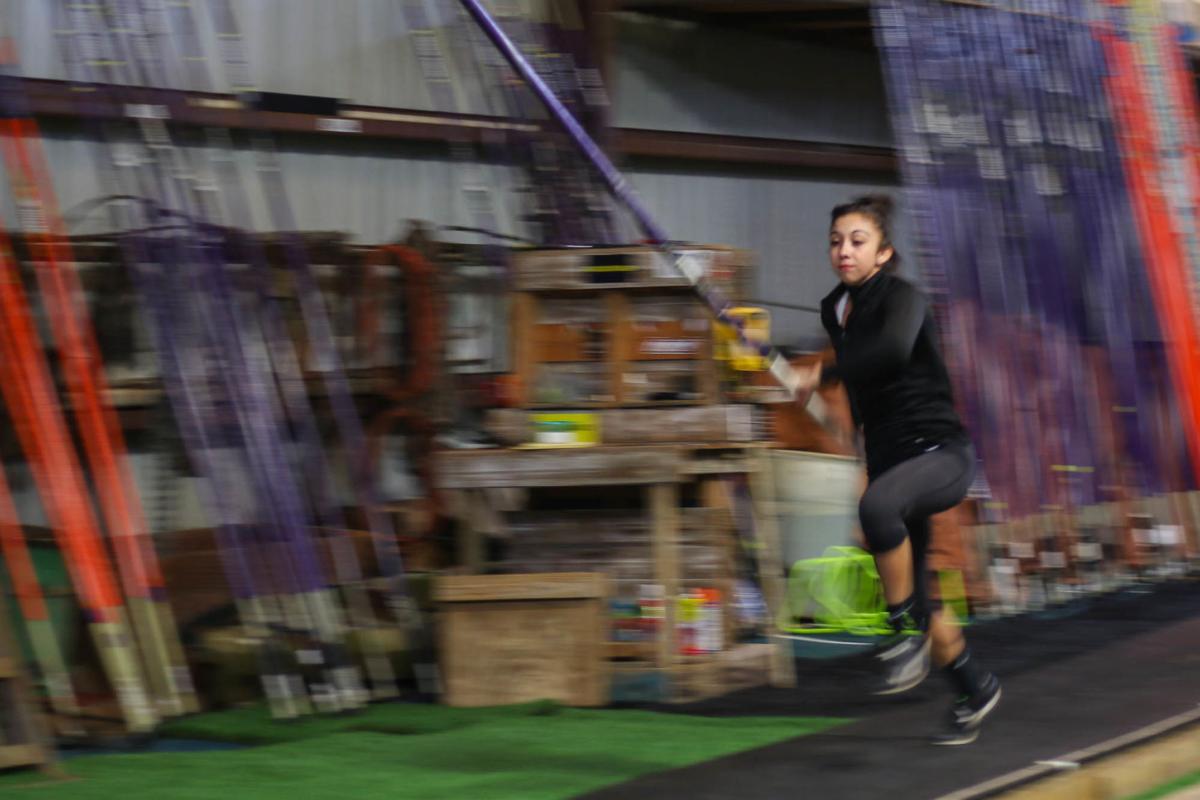 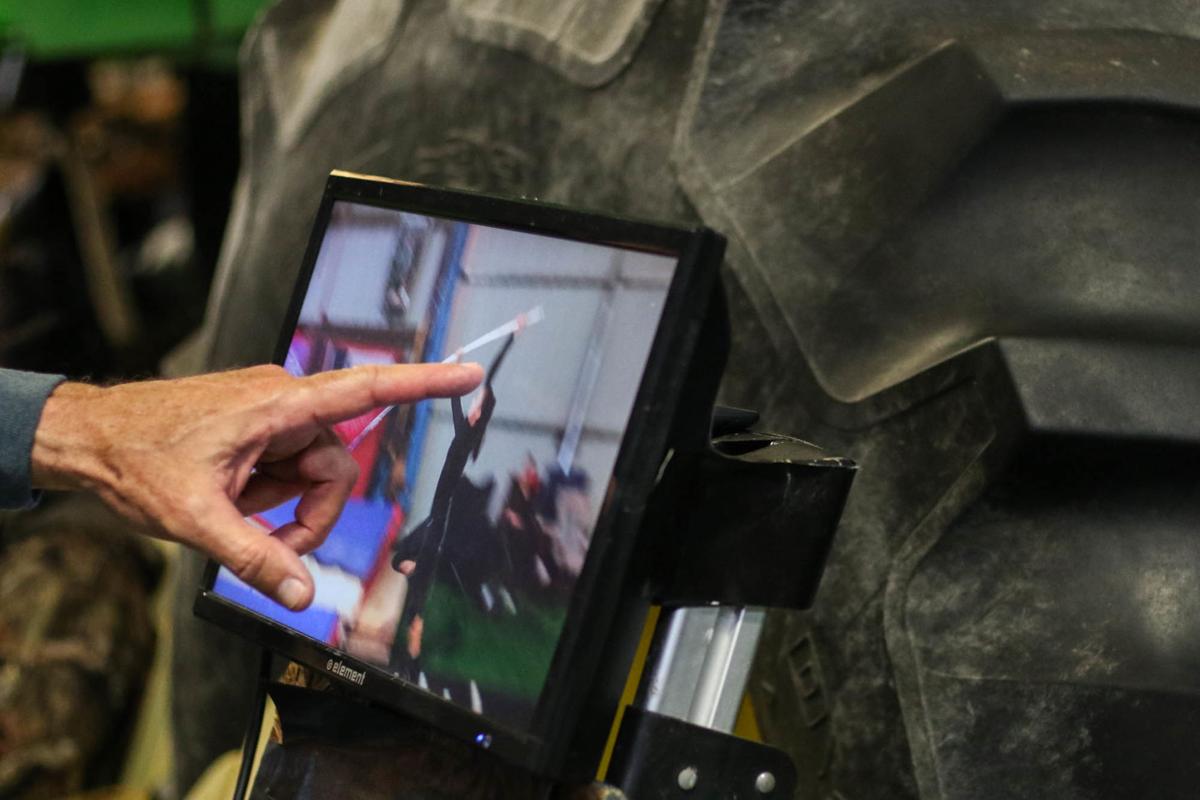 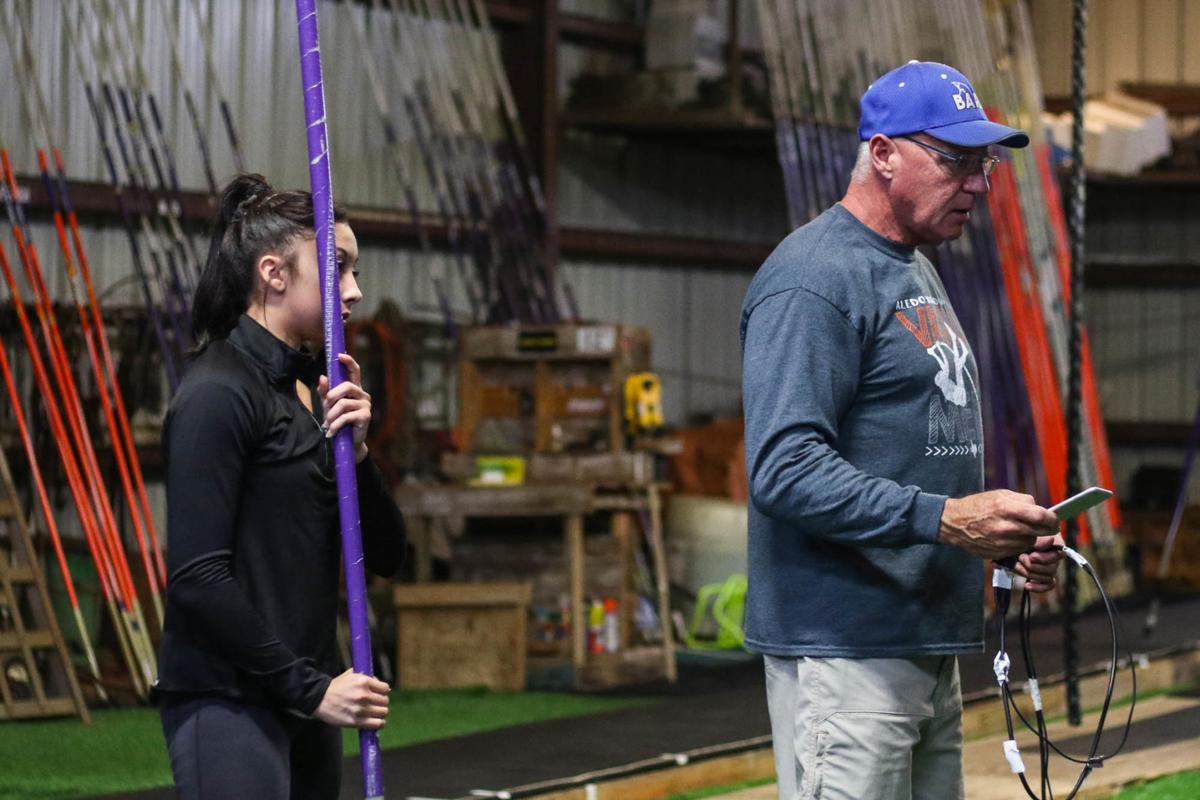 Bella Coscetti practices at the Vault Barn in Woodsboro.

Bella Coscetti was surrounded by some of the nation’s best pole vaulters at the Arkansas High School Invitational.

Before Coscetti left the Randal Tyson Track Center, she had taken her place among pole vaulting royalty by clearing 12-feet, 10-inches to win the girls elite competition, while setting a national freshman indoor record in the process.

“I really didn’t know the indoor record or any kind of record,” Coscetti said. “I was just really hoping to clear a bar.”

The 15-year-old Coscetti’s progress has been astronomical since she started training about three years ago at the Vault Barn outside of Woodsboro.

“I still love it,” she said. “Every single day is a challenge and I really love it.”

Coscetti made the 14-hour trip to Fayetteville not long after she took a break from vaulting to play volleyball.

“It was very rough,” she said. “It was really hard, like starting all over again. It was hard to get back into it. After a month or so, it started to come back together.”

Kevin Hall, who coaches Coscetti at the Vault Barn, wasn’t concerned about her being ready to face top-flight competition.

“Vaulting 12 months out of the year, even the big people don’t do that,” Hall said. “They take 8-10 weeks off. You throw in the fact she’s doing volleyball, which is a constant jumping sport.

“The only thing she was a little rusty at was just her run down the runway,” he added. “When we finished up last July, she was having some problems running down the runway. Right now, she’s gotten a lot better.”

Coscetti didn’t have the best practice jumps in Fayetteville as she prepared to compete against a field which included Woodsboro senior Sky Hall, who won the Class 2A gold medal at last year’s UIL state meet.

Coscetti was excited about doing her personal best, but also had no clue she had set a record.

“I was very excited,” she said. “Once I cleared it, I came down and I didn’t know about any records or anything. I just knew I got a PR and it was so amazing.”

Coscetti is back at the Vault Barn preparing for the upcoming high school season and getting ready to compete at the varsity level for the first time.

Coscetti knows the freshman outdoor record of 13-3 is within reach, but at the moment she is concentrating on more tangible goals.

“I’m looking forward to it,” she said. “I’m kind of taking it step by step. Even this year, hopefully, I can make district and all those meets. I’m really excited for the next four years. Hopefully, I can get some higher bars and just see how it goes.”