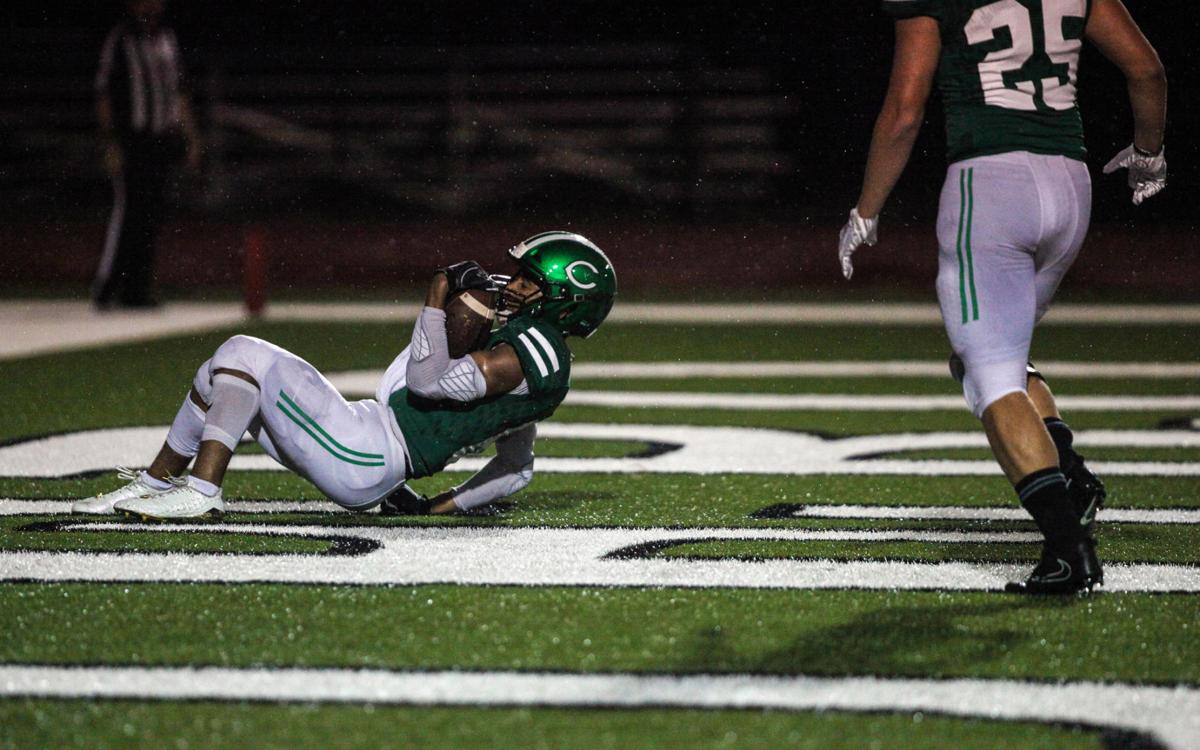 Cuero’s Keiran Grant scores a touchdown during against El Campo at Gobbler Stadium earlier this season. 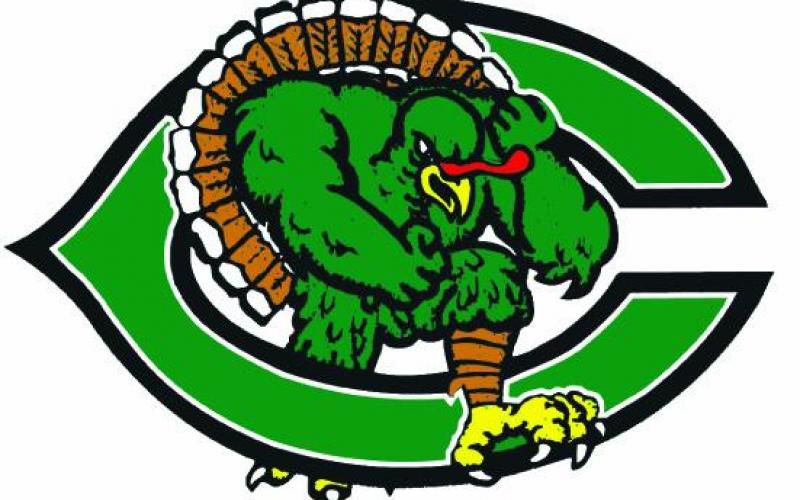 Cuero’s Keiran Grant scores a touchdown during against El Campo at Gobbler Stadium earlier this season.

CUERO – Keiran Grant’s decision to attend West Point was based on more than football.

Grant loves the game but realizes it’s only part of who he is as a person.

Grant’s outlook and work ethic have allowed him to excel on the field and in the classroom while earning the respect of his teammates and fellow students at Cuero High School.

Grant rushed for 131 yards and three touchdowns, and was named homecoming king at halftime of Cuero’s 48-15 win over Gonzales on Friday night at Gobbler Stadium.

“To be my senior year, it’s great that all the students at Cuero High School think of me that way,” Grant said. “It’s amazing because of all I’ve done in encouraging kids to do better and that they can be someone in life. It’s paid off throughout my whole four years being a leader on and off the field.”

Grant remained on the field at halftime and received his honor shortly before Brealyn Brown was named homecoming queen.

“He’s just a quality individual,” Cuero coach Travis Reeve said of Grant. “He’s a great leader, and his peers respect him. The reason is: He works so hard, he does things the right way and he’s a really great asset for us.”

Gonzales and Cuero get ready to play at Gobbler Stadium. pic.twitter.com/AjfPAoZRpc

The Gobblers (3-1) dominated the Apaches (1-3) in all phases of the game. Cuero rolled up 517 yards and scored on its first six possessions.

“It’s a great sign,” Reeve said. “It’s what we talked about all week: getting out of the gate fast. We wanted to be able to handle our success last week and come out and play well. Our kids came out and jumped on them early.”

Cuero started the scoring on a 60-yard pass and run from quarterback Michael Barta to Deandre Lang.

“The linemen did a great job on that screen,” Barta said. “We’ve learned a lot of lessons this season. We’ve just got to keep going and do what we do and get better.”

Barta completed 8 of 9 passes for 236 yards, and also threw a 54-yard touchdown pass to Lang, who had four catches for 134 yards.

“It’s great to see,” Reeve said. “We knew we were going to have to make some plays in the passing game because they were going to come in and pack the box. That was one of our answers. We did a great job of executing that.”

The passing game helped take the pressure off of Grant and Chance Albrecht, who carried 16 times for 93 yards and scored on a 4-yard run.

“With our great quarterback Michael Barta and our great receivers catching the ball, it opens it up for me big time,” Grant said. “My linemen did great blocking. I couldn’t do it without them.”

Gonzales scored on runs of 1 yard by Dillen Ramos, and 17 yards by Elijah Holiday, who had 18 carries for 98 yards.

The Apaches’ losses have come to Navarro, Yoakum and Cuero.

“We scheduled like that on purpose,” said Gonzales coach Kodi Crane. “Playing these types of teams, absolutely. When we get done and look at the film, we will see exactly what we did wrong. There will be no lining up wrong. You’ve got to be perfect to stop a team like this. It’s a great football team.”