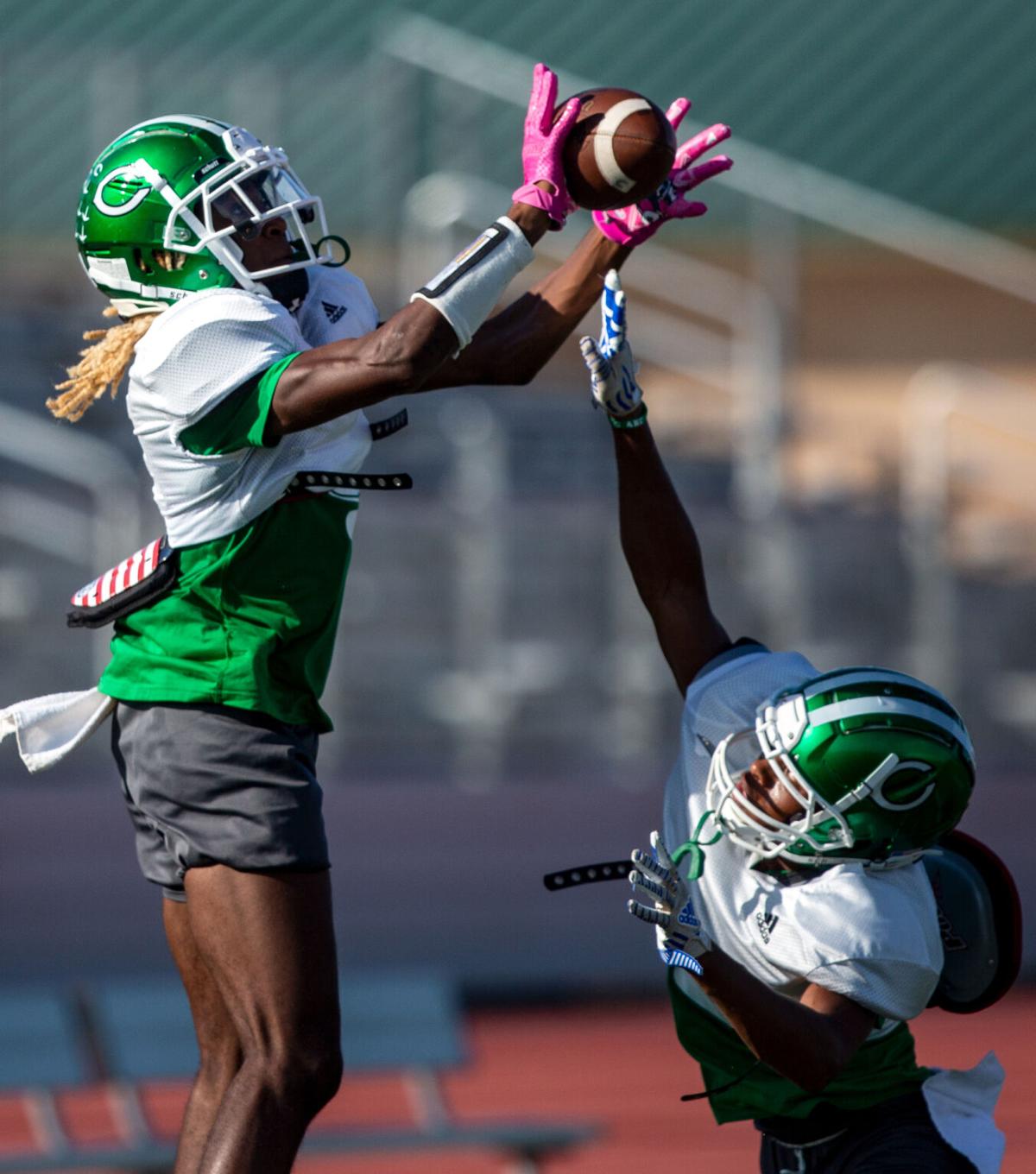 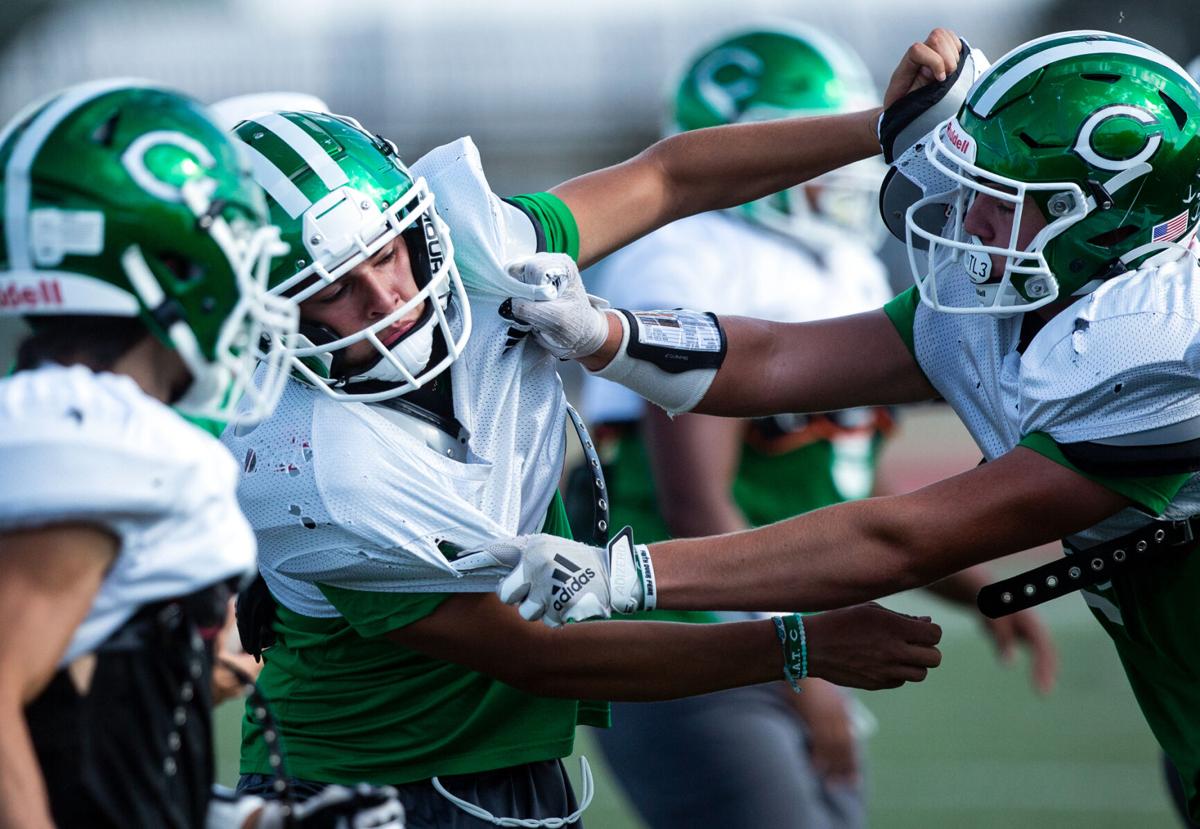 Cuero’s Micah Montelongo tries to break out of a grip during Wednesday’s practice. 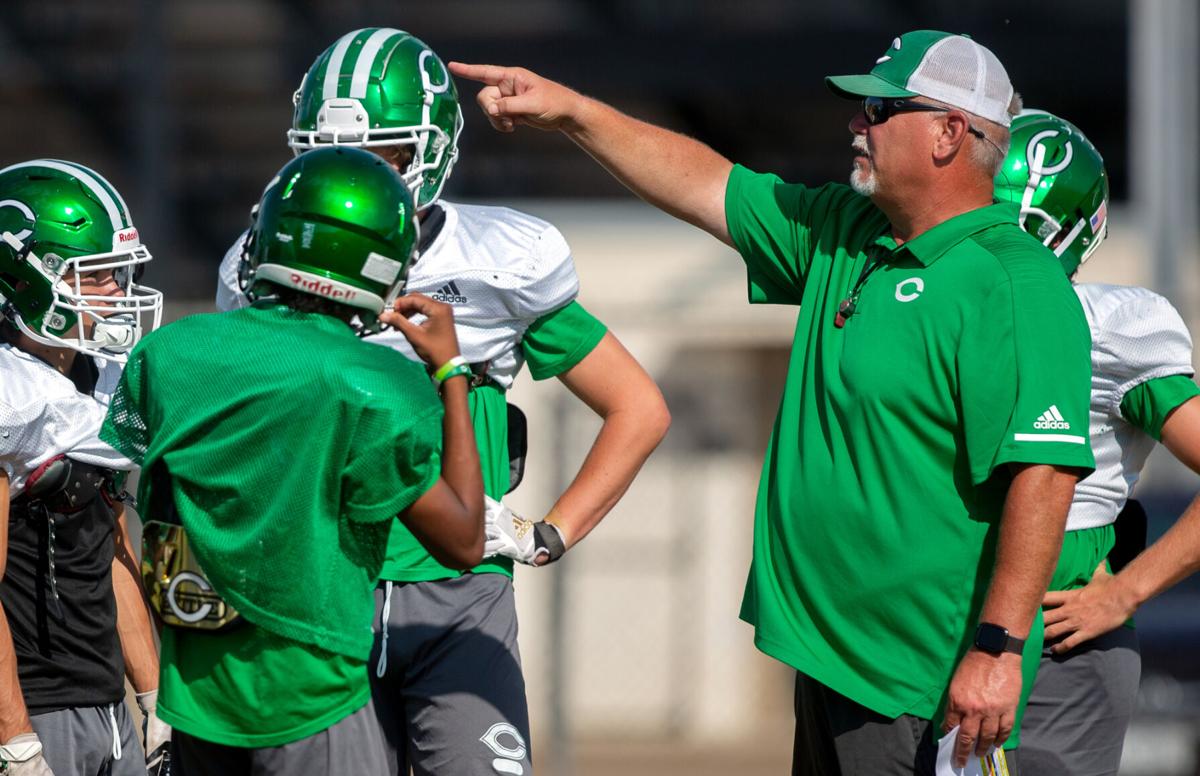 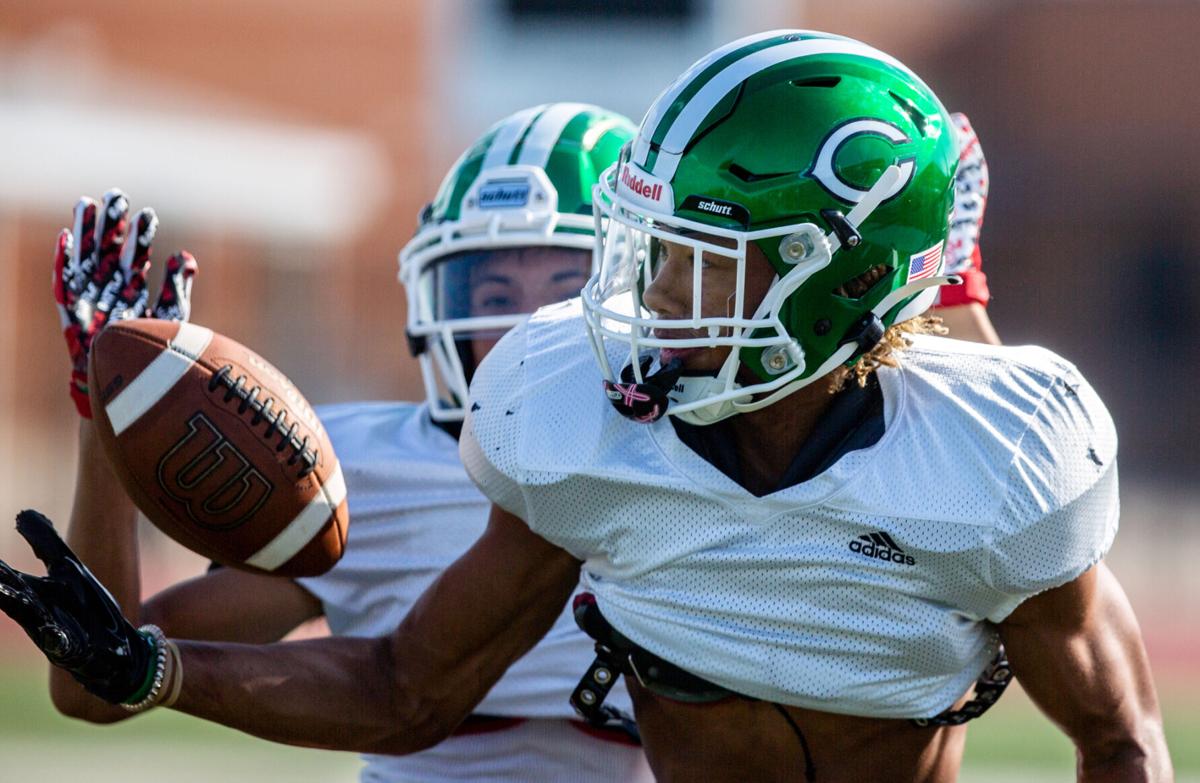 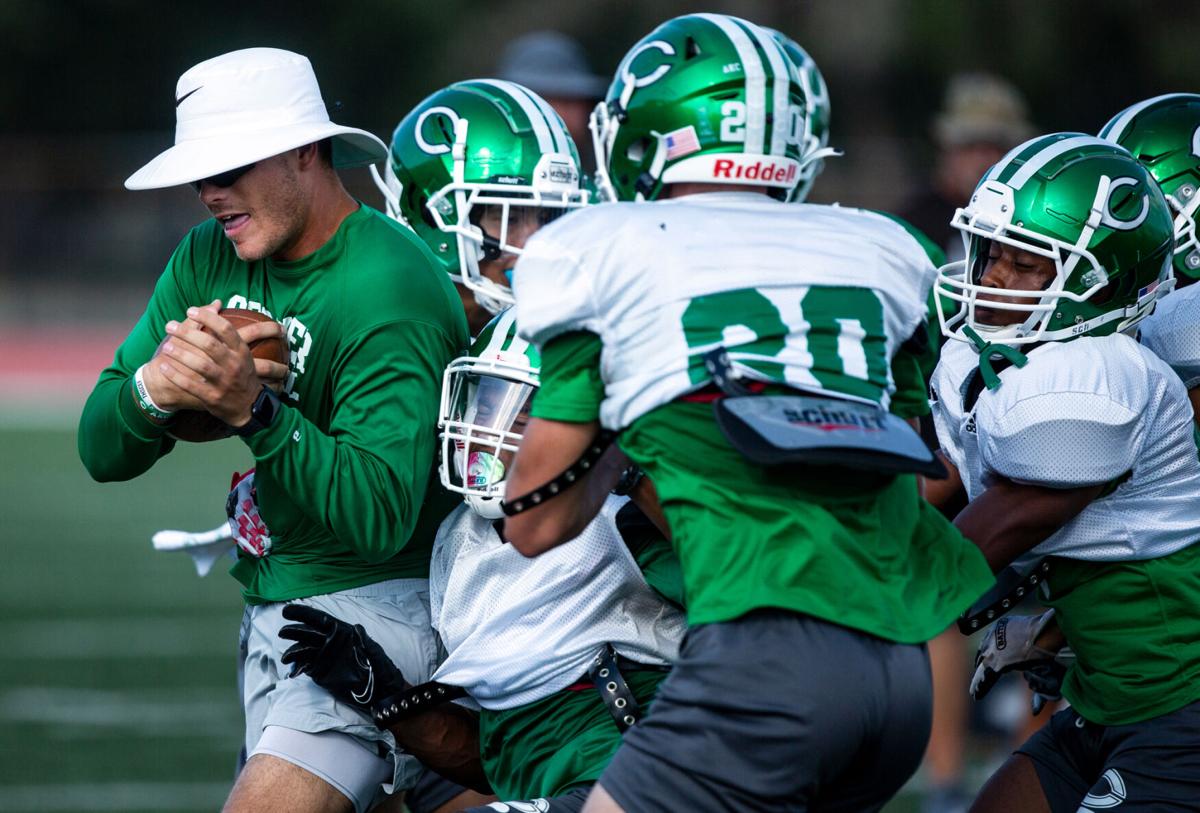 Cuero’s Micah Montelongo tries to break out of a grip during Wednesday’s practice.

CUERO — Jerry Rossett has been through a variety of emotions during his Cuero career.

He stood on the sideline at AT&T Stadium in Arlington as a freshman when the Gobblers won the Class 4A, Division II state championship.

Cuero failed to make the playoffs when Rossett was a sophomore and the Gobblers were eliminated in the bi-district round when he became the starting quarterback as a junior.

“It was a great experience,” Rossett said of winning a state title. “It’s a blessing to experience something like that at a young age and you try to get there again. You’ve got to take the lows and get better from them. You appreciate the highs, but get better from the lows. We know what to do this year.”

One goal Rossett and his teammates have not accomplished is beating DeWitt County rival Yoakum.

“You have to stay locked in all day before the game and know what’s at stake,” said Cuero senior receiver Exavier Durham. “You really just have to keep your poise and stay calm.”

The Gobblers have gotten off to a good start and snapped an eight-game road losing streak last week with a 21-3 win over No. 3 Wimberley.

The win moved Cuero to No. 7 in the Class 4A, Division II state poll.

“It’s been a process,” Durham said. “We had to rebuild. We were young and we had to grow up a lot and mature. This year, it was easier to catch on to everything.”

Yoakum is ranked No. 7 in the Class 3A, Division II poll after last week’s win over Smithville, a district opponent of Cuero.

The Bulldogs won last year’s game 27-0 and are trying to win four straight over the Gobblers for the second time. Yoakum has accomplished the feat only once since the series began in 1911 from 1943 to 1946.

“I’m excited for the kids,” said Cuero coach Jack Alvarez. “I think we’re playing with a lot of confidence and it ought to be a fun atmosphere.”

Alvarez has stressed to his players the importance of maintaining their composure and concentrating on their assignments.

But there’s no doubt the players know what’s at stake in the rivalry.

“That rivalry has always been there and it’s a blessing to get to play in it,” Rossett said. “I’m sure a lot of us know those guys from the other side, but when it’s game time, we’re not friends anymore. They’re competition. We don’t care who they are, we want to beat them.”