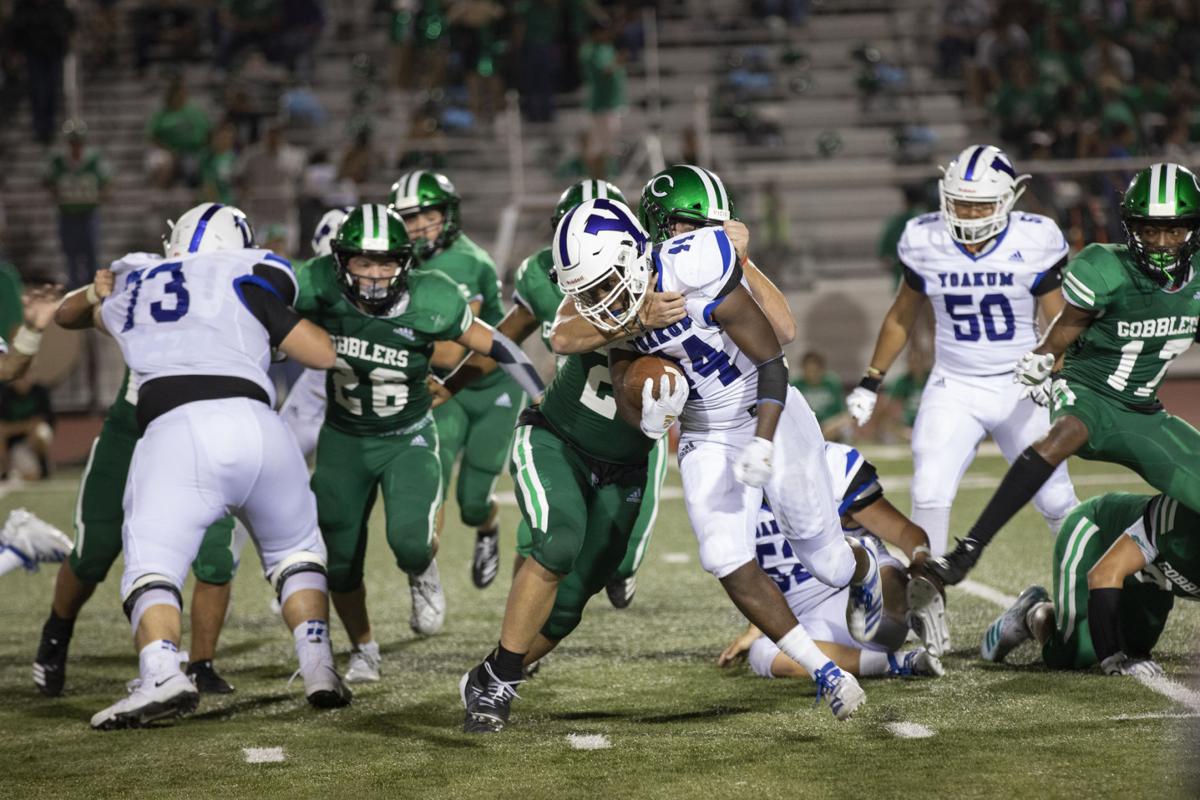 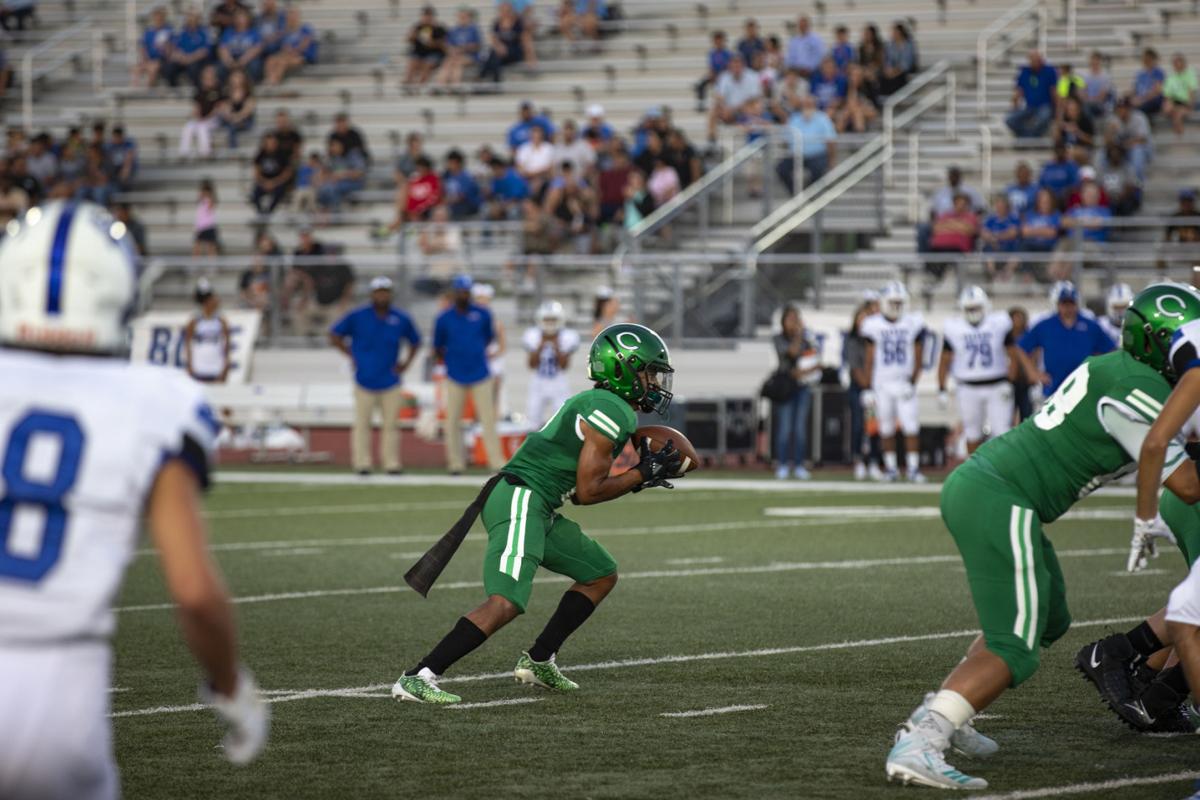 Cuero running back Cavan Smith runs the ball during a non-district game against Yoakum at Gobbler Stadium last season.

Cuero running back Cavan Smith runs the ball during a non-district game against Yoakum at Gobbler Stadium last season.

AJ Arroyo has seen the Cuero-Yoakum rivalry from opposite sides.

Arroyo grew up in Cuero where his father played before going into the coaching profession after playing college football at Baylor.

AJ Arroyo played for Yoakum last season when Adam Arroyo became an assistant for the Bulldogs.

Cuero gets ready for 111th meeting with Yoakum. pic.twitter.com/LVdLFFrR1I

But Adam Arroyo is now coaching at Cuero and AJ will take the field for the Gobblers at 7:30 p.m. Friday at Bulldog Stadium in Yoakum.

“It means a lot,” AJ Arroyo said. “I’ve got friends on both sides of the ball. They’re all going to want it. It definitely means a little more. A rivalry game is more intense than normal.”

The DeWitt County foes will meet for the 111th time in one of the state’s oldest rivalries.

“I know what it means to the people,” said Yoakum coach Bo Robinson, who will be coaching in the game for the sixth time. “But it’s still just a game to us. I don’t think it’s a big of a deal to the kids, but to the adults it’s a big game.”

“It affects your weekend pretty bad,” he added. “But it doesn’t affect the rest of the year. The times that Cuero beat us three or four years, it was probably good for us. It’s a fun rivalry. It’s more playing your cousins than playing a hated person.”

First-year Cuero coach Jack Alvarez has coached in a number of rivalry games, including Ennis-Waxahachie and Jasper-West Orange-Stark.

But Alvarez has learned how important the Cuero-Yoakum game is to the communities.

“I’ve been here just long enough to know this is one of those games we’re going to take a lot of pride in as coaches and players,” he said. “I want to win the game and honor the game and play it like it needs to be played.”

Yoakum has gotten off to a good start with wins over Palacios and Smithville.

The Bulldogs moved into the Class 3A, Division I poll at No. 10 this week.

“I thought the kids have played really hard,” Robinson said. “We’ve really come a long way since last year. Palacios has a couple of athletes, but Smithville has some players. I told the kids I’d buy them a hot dog if they kept that running back under 80 yards and he didn’t have 20. We played really good defensively and we just wore them down up front on offense.”

Yoakum’s Kevin Koliba @kevin27746540 on the rivalry with Cuero. pic.twitter.com/FoyRqFn8u7

The Gobblers have started the season with losses to La Vernia and Wimberley.

“We’re seeing improvement,” Alvarez said. “It’s just a consistency deal, especially offensively. There are a lot of moving parts to what we do. But once the kids get it, I think we’ll be very dynamic.”

The players admit the game includes its fair share of verbal jabs, but the key is keeping their emotions in check.

“We want to beat them like any other team,” said Yoakum’s Kevin Koliba. “There’s a little bit of smack talk, but that’s about it. The key is just to play hard.”

“It’s a big rivalry and both communities are involved and there’s trash talk,” AJ Arroyo said. “It just proves that both teams are usually pretty good.”