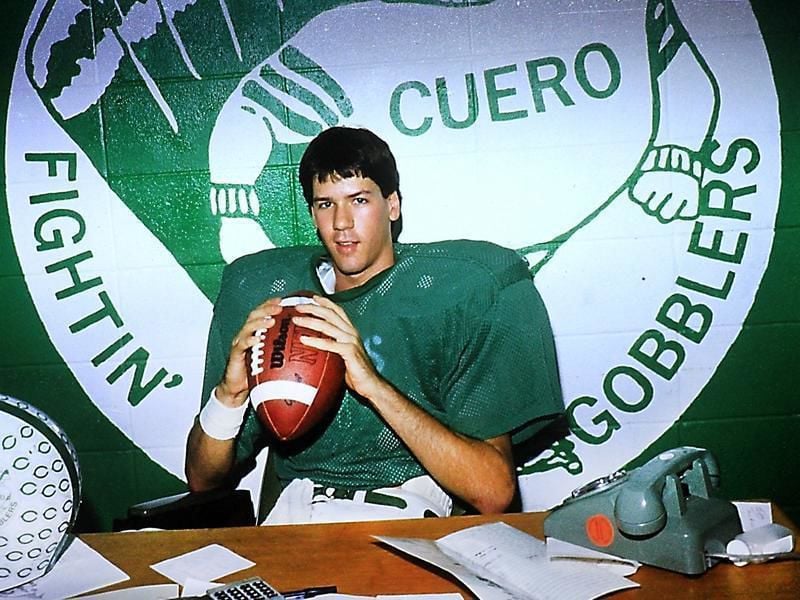 Former Cuero high school quarterback Brad Goebel poses for a picture during the 1985 season. Goebel was recently inducted into the Baylor Athletics Hall of Fame. 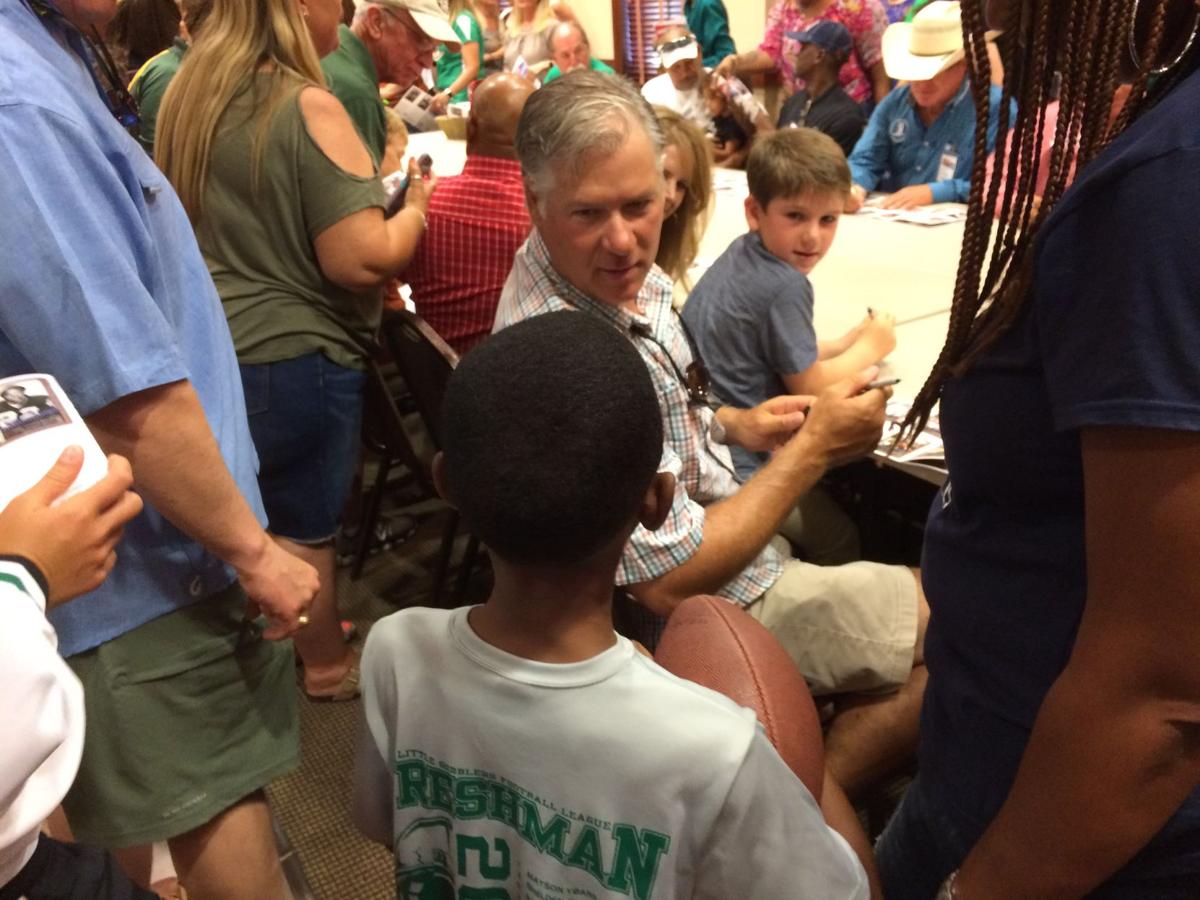 Former Cuero high school quarterback Brad Goebel poses for a picture during the 1985 season. Goebel was recently inducted into the Baylor Athletics Hall of Fame.

Brad Goebel redshirted his first season at Baylor when Cody Carlson was the starting quarterback.

He emerged from spring drills as the No. 2 quarterback, but was pressed into action when starter Ed Lovell suffered a knee injury in the first quarter of the Bears’ 1987 season opener.

“Being a backup quarterback, you just never know when your number is being called and obviously it was being called early,” Goebel said. “As it turned out, it was probably statistically my best year.”

Goebel set a Baylor freshman record that still stands when he threw for a Southwest Conference-leading 2,178 yards and 12 touchdowns.

Goebel went on to throw for 5,026 yards in his three years as a starter, which ranked second in school history at the time and still ranks 10th on the all-time list.

Goebel’s achievements at Baylor have led to his inclusion in the 2020 Athletics Hall of Fame Class.

The class will be recognized at a banquet sometime during the season. The date has yet to be determined because of the COVID-19 pandemic.

“My feet haven’t hit the ground yet,” the 52-year-old Goebel said. “I’m so excited, so humbled and so honored to be included in that group.”

Goebel decided to attend Baylor after a senior season at Cuero where he passed for a then Class 3A (now 4A) record 2,528 yards and 31 touchdowns while leading the Gobblers to the state final.

He chose Baylor over Texas A&M in a large part because of the coaching staff.

“I grew up an Aggie and always thought I would want to go there,” Goebel said. “They recruited me hard and really wanted me. But Baylor made a strong case. Grant Teaff, Cotton Davidson, Robert James – those coaches just showed me they really believed in me and felt like I was going to be a perfect fit in their offense.”

“It was a great decision,” Goebel said. “It’s an important decision for the rest of your life and it sets you up for the future. I had a wonderful experience at Baylor.”

Goebel started for three seasons, but missed the beginning of his senior season with a knee sprain and broke his hand in the Southwest Conference opener and was out for the remainder of the season.

“My senior year was disappointing,” he said. “Injuries took their toll and I didn’t get to play much my senior year. But I still had some good games along the way.”

Goebel signed as a free agent with the Philadelphia Eagles and wound up starting two games when quarterbacks Randall Cunningham and Jim McMahon were injured.

He played three seasons under Bill Belichick with the Cleveland Browns before going to the Jacksonville Jaguars and retiring in 1995.

“I ended up playing five years,” Goebel said. “It was a good experience in the NFL. I would have loved to have played longer and played more, but I’ll take it.”

Goebel resides in Marble Falls and has been selling real estate for Horseshoe Bay Resort Reality for 25 years.

Goebel is looking forward to sharing the Hall of Fame ceremonies with his wife, Kristi, daughter, Kylie, and son, Gage.

“They’re excited to go to induction banquet and be a part of that,” Goebel said. “They didn’t know about dad’s football career. They hear about it and I don’t know if they believe it. I’m so excited for them to be a part of this.”