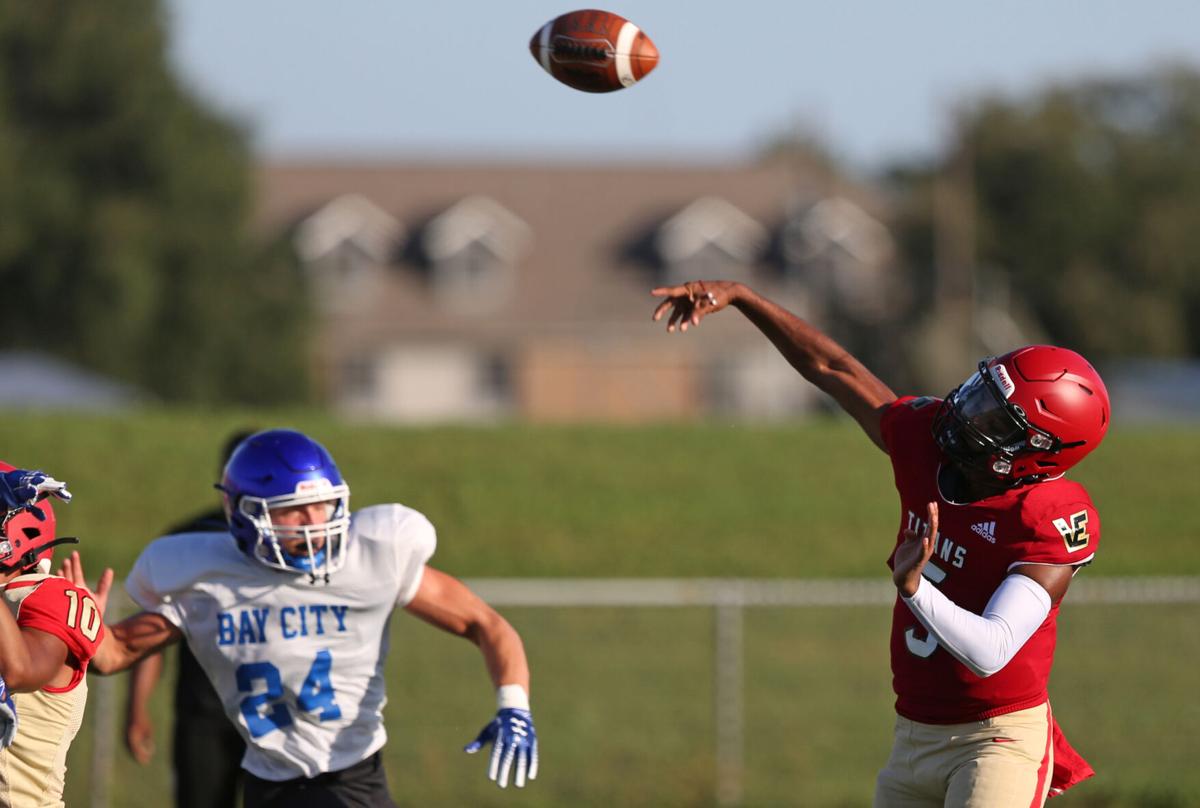 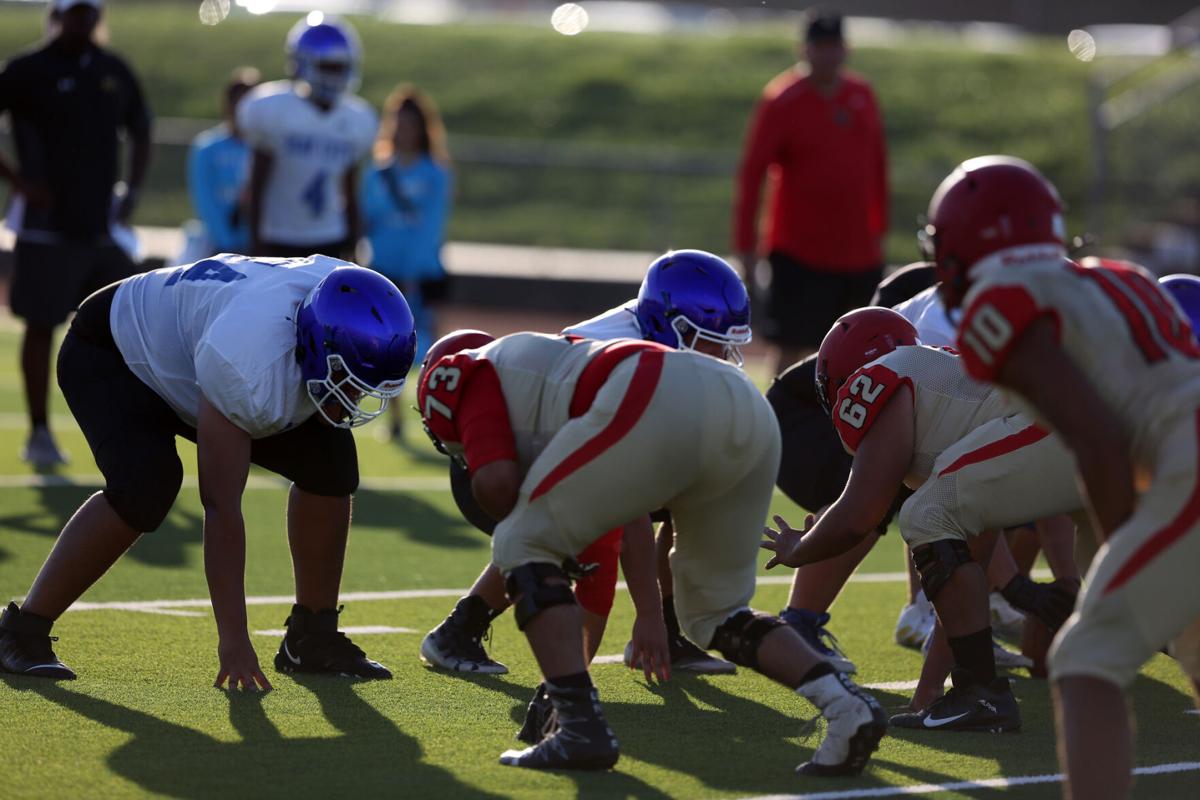 Bay City and Victoria East take on each other during Thursday's scrimmage game at Memorial Stadium. 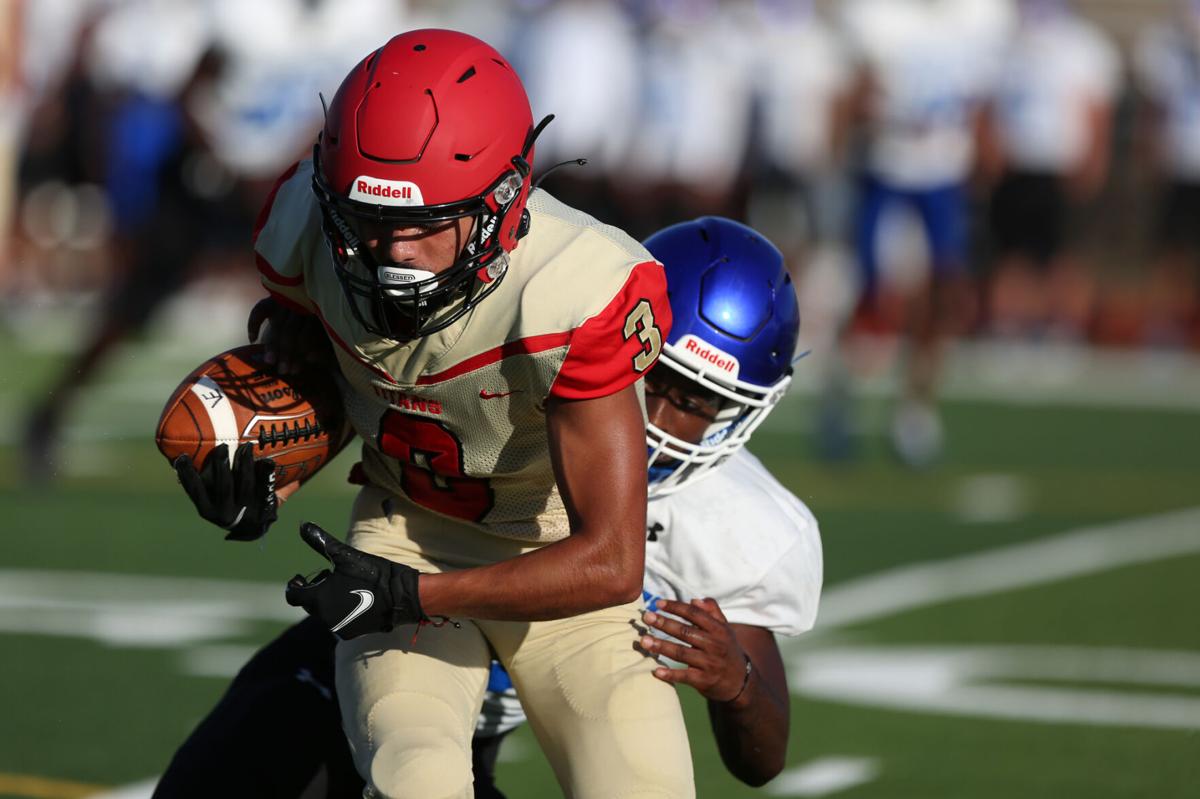 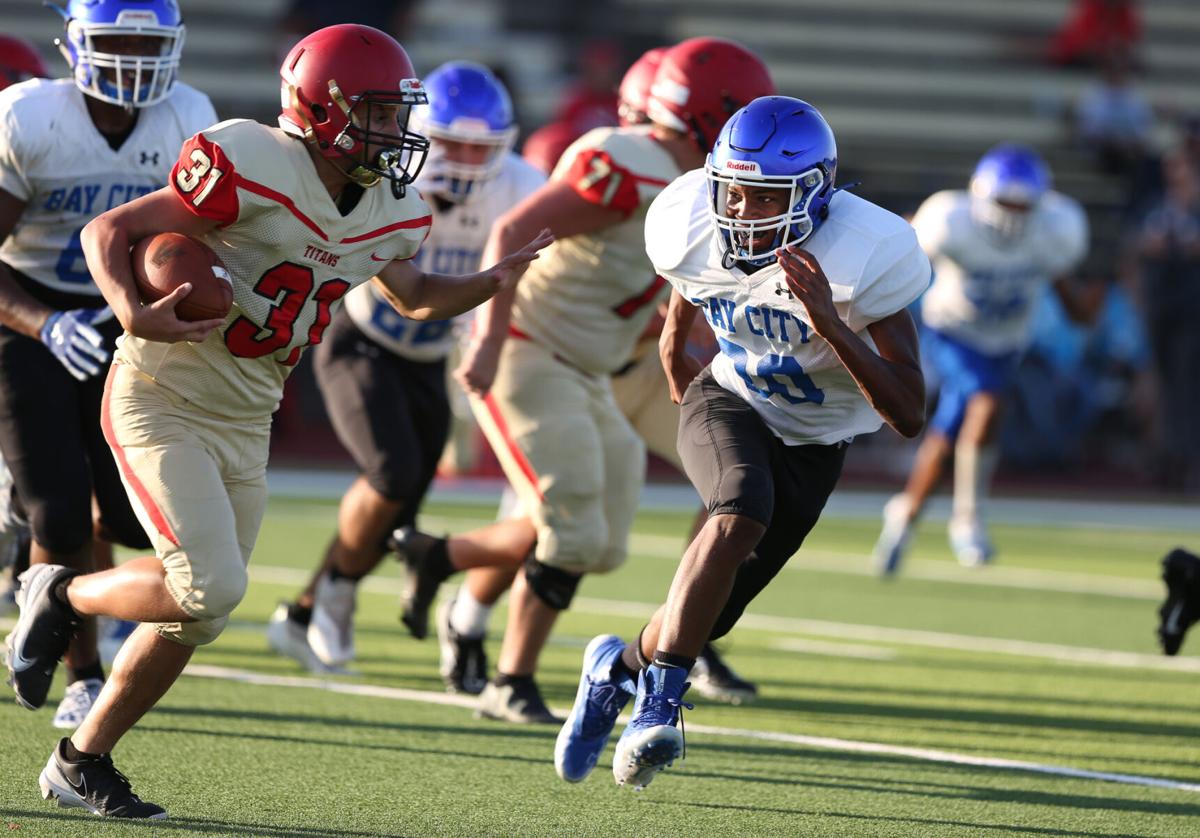 Bay City and Victoria East take on each other during Thursday's scrimmage game at Memorial Stadium.

For the third time in four seasons, Victoria East opens its season against West Columbia.

Senior wide receiver Terrance Terrell was a sophomore the last time the Titans traveled to Griggs Field, a 38-7 blowout win for West Columbia in 2019.

Terrell was limited to three catches that day, but is excited to play the Roughnecks again when East returns to West Columbia Friday night.

“It’s really big for me, especially cause I was there two years ago when we played against them,” Terrell said. “It was a good game plan, we just couldn’t execute. So it’s good to go back out there and show them what we’ve got.”

But both rosters have changed a great deal since the last time the teams played.

West Columbia went 4-5 and missed the playoffs in 2020 and only returns nine starters this season.

East, which reached the Class 5A, Division I bi-district playoffs in 2020, is hoping its returning athletes will give them an advantage in the season opener.

“The coaches always say, ‘Last time we played them they did this, this, and this to us’ and we’re like ‘Alright, we’re gonna get revenge,’” said senior defensive lineman Xzaebrin Jones. “We’re coming with the heat. We practice everyday and bust our butt and we’re just going to come at it.”

East returns senior leaders on the defensive front, but will see new faces in the secondary as well as the offense as a whole.

Last season the Titans had a run heavy offense behind Alan Jimenez and Latavian Johnson. Now, East is transitioning to a passing attack with junior quarterback Jadon Williams utilizing the height of receivers Terrell and Matthew Jackson.

“You just got to focus,” Jackson said. “Just make sure we’re ready for this stuff that’s going to be coming, because we’re gonna come fast and hard and we’ve got to be ready for it.”

West Columbia will rely on running back Jordan Woodard, who rushed for 1,210 yards and 14 touchdowns in 2020. He will run behind returning linemen Konor Owens and Samuel Burton.

Overall, East is excited for the chance to play football in August again after a delayed start in 2020 due to the COVID-19 pandemic.

“It feels great to be back,” Terrell said. “Great to be able to go out and hit somebody other than my teammates. Ready for that day.”

“We’re finally getting to pad up and play somebody early in the school year,” Jackson said. “It’s been a lot of hard work and it’s been very hot outside, so it’s very grueling and rewarding to play this game on Friday.”