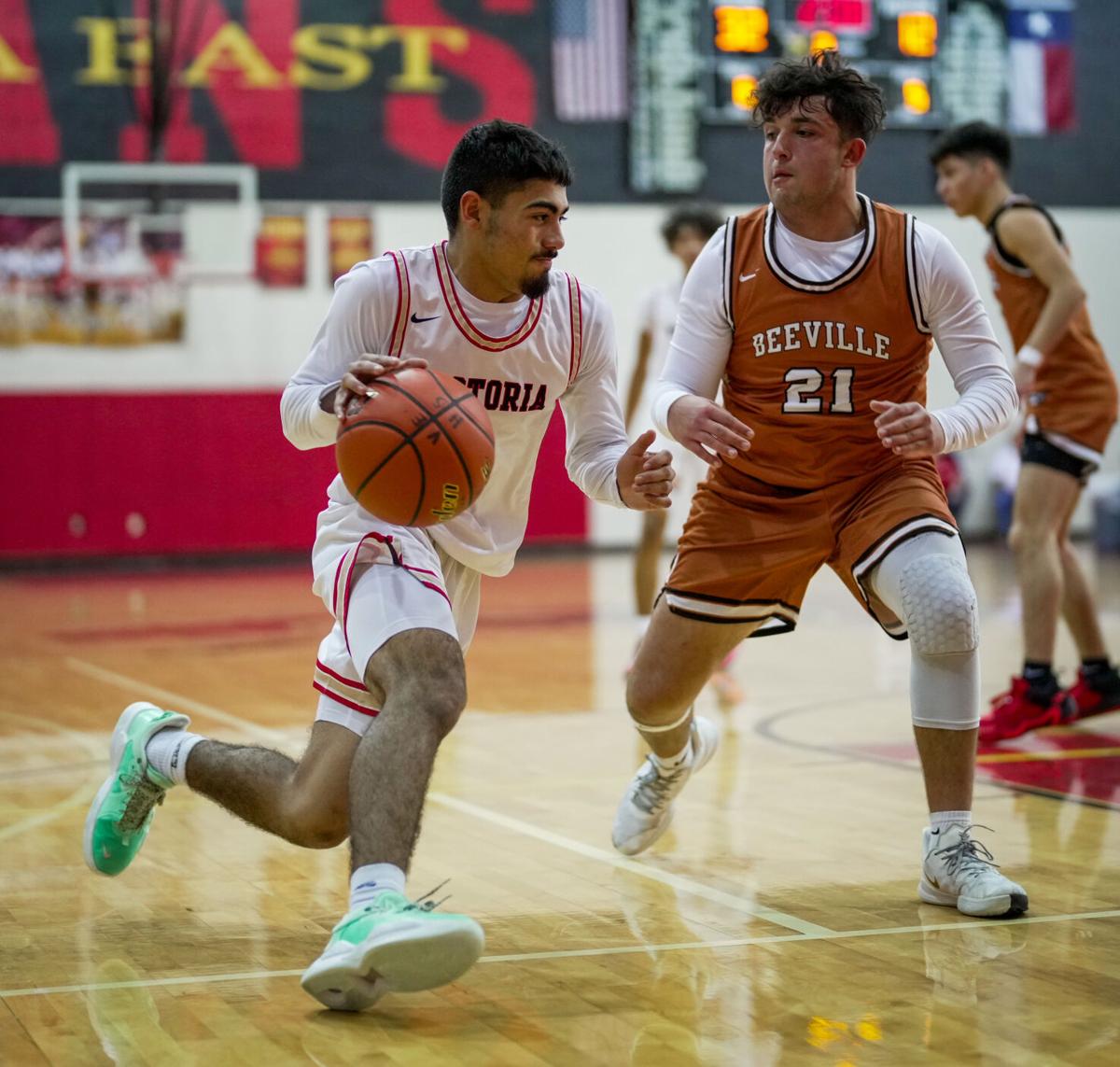 Thomas Vargas moves past Beeville’s Hunter Pelitire in game action at the East gym on Nov. 23. 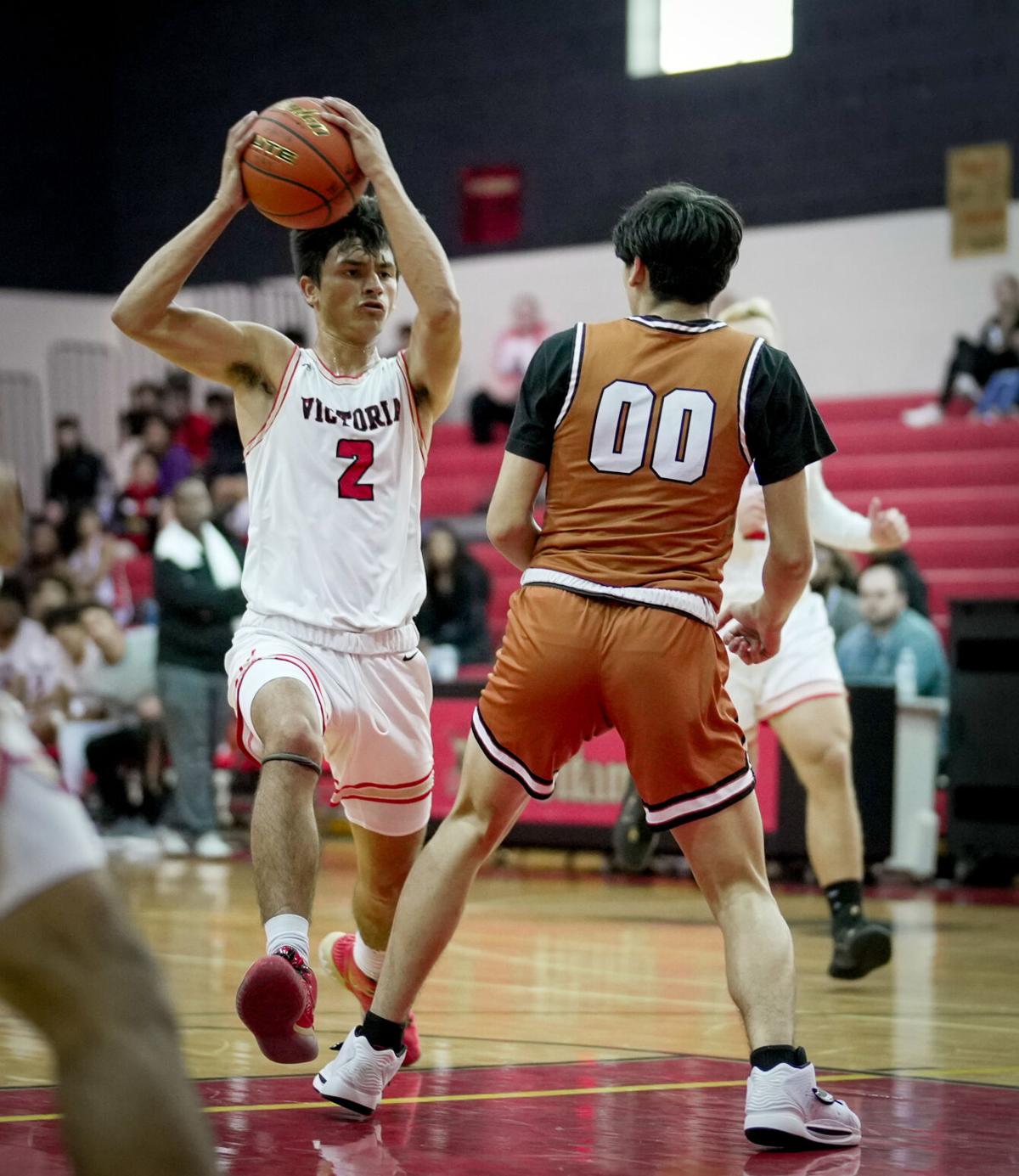 Victoria East’s Brady Parker protects the ball to move past Beeville’s Jeryn Cano in game action on Nov. 23 in Victoria. 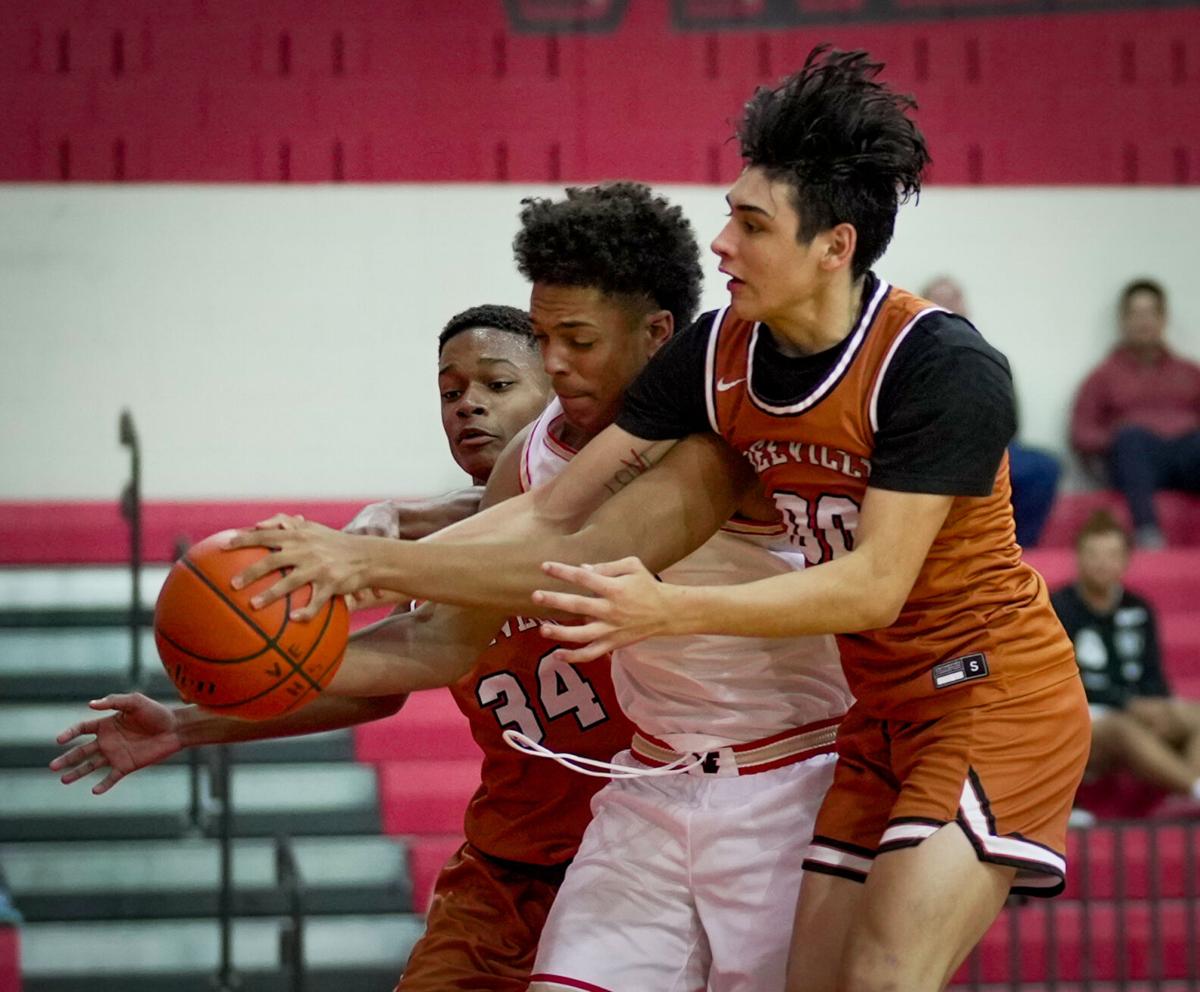 Victoria East's Xzaebrin Jones fought off an attempt by Beeville Jones' Spencer Ford (34) and Jeryn Cano (00) to grab a rebound in a Nov. 23 non-district game in Victoria.

Thomas Vargas moves past Beeville’s Hunter Pelitire in game action at the East gym on Nov. 23.

Victoria East’s Brady Parker protects the ball to move past Beeville’s Jeryn Cano in game action on Nov. 23 in Victoria.

Victoria East's Xzaebrin Jones fought off an attempt by Beeville Jones' Spencer Ford (34) and Jeryn Cano (00) to grab a rebound in a Nov. 23 non-district game in Victoria.

It’s been six years since the Victoria East boys basketball team made the playoffs.

The Titans know it will be long process to build a winning program and head coach Michael Ellis sees tournaments as a chance to test his team’s fortitude.

East (2-3) will get a chance to face tough competition from the comfort of its home court as the Titans host the Crossroads Classic Tournament on Thursday, Friday and Saturday.

“I just really wanted to be able to bring a different level of competition here that we wouldn’t normally see,” Ellis said. “I wanted to bring players we can compete with, but make sure it was tough competition. This tournament is not going to be a layup for us or anybody else.”

One year after not playing in any tournaments, East will get a chance to face larger schools and teams with playoff experience, in addition to area schools.

East opens the tournament at 9 a.m. Thursday against El Campo and will play Class 6A schools Alief Hastings and Pasadena Memorial, and Bay City during pool play.

Calhoun and Corpus Christi London will also be competing.

The Sandcrabs made the playoffs in Class 4A but lost in bi-district, while London made the Class 3A quarterfinals.

“These are going to be teams that are primed to go to the playoffs,” Ellis said. “El campo will be favored in their district. Bay City’s going to be pretty dang well good. I want them to experience what potential playoff basketball looks like. Get some looks at different teams before district season started.”

Ellis has seen his team play gritty during their non-district schedule.

He wants to see the Titans continue to grow

“It’s a continuation of that being gritty,” Ellis said. “Where we haven’t been good at is stuff like the 50-50 balls, taking charges. I think they’re a gritty bunch but we’re still not making some of those plays. The teams we’re going to see make those tough plays. That’s where we have to get to.”