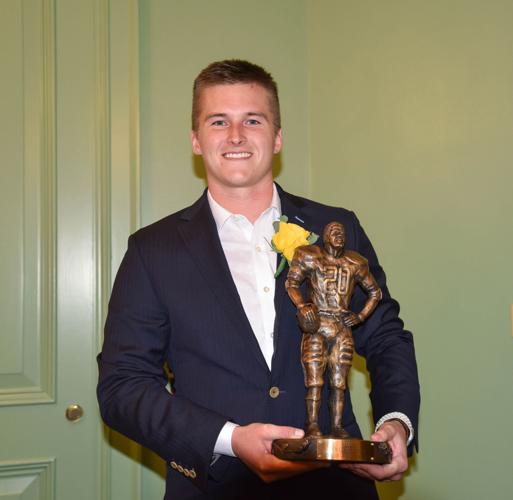 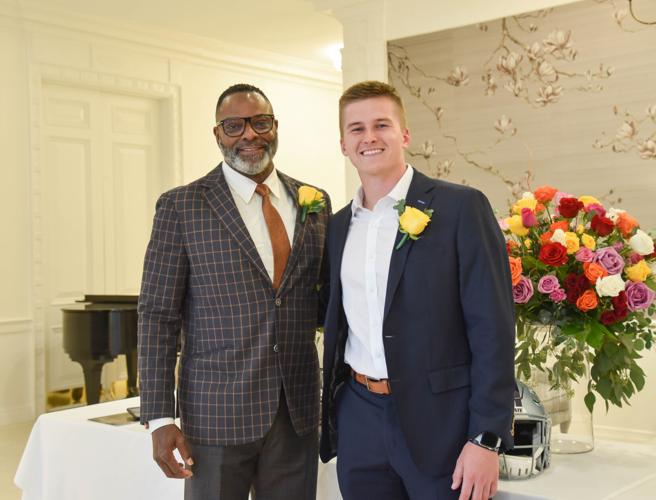 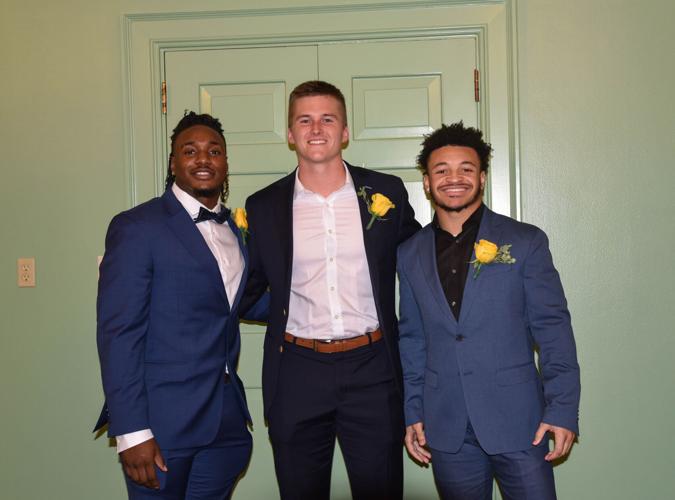 In the previous eight years, a quarterback had won all but twice.

Zappe was the only quarterback among the five finalists in 2021.

“It means a lot,” Zappe said. “Those are some of the guys I watched on TV. And I’ve been watching this award a while. I remember watching guys like Patrick Mahomes and Kyle Trask last year and other past winners. Just to have my name alongside theirs is a dream come true, and it’s a night I will never forget, no matter if I win the trophy or not.”

“I had a great head coach there in Coach Gonzalez and a great offensive coordinator in Coach (Spencer) Gantt,” Zappe said. “I think the biggest thing they told me is to continue to get better every day. And that’s kind of what my dad was also trying to make my mindset, and that’s kind of what I tried to carry on throughout my career. I just try to get better every day. And I think that started in high school when I started to realize that playing at the college level was something that could happen. And I started working harder. And they instilled that in me. Playing college football is kind of like a job. You’ve got to do it 24/7. It’s something you’ve got to love. I love the game of football, and it’s definitely worked out.”

Zappe went on to play at the Division I FCS level at Houston Baptist.

Zappe transferred to the Division I FBS level for the 2021 season to play at Western Kentucky.

“It was good, and it was hard,” Zappe said. “There’s always a gap in speed of the game when you jump up levels. It was something I had to learn kind of fast going into the season. The transition was nice. To be able to do it was one of my best friends, my offensive coordinator (Zach Kittley) made the transition a lot easier.”

“It was a wild ride to be able to have the year that we had at WKU,” Zappe said. “None of this stuff happens without my teammates and coaches. We definitely accomplished a lot of goals we set for the season. We also didn’t get some of them, like a conference championship. But looking back on it, it was definitely a record-breaking year.”

Now, Zappe hopes to keep his football playing career going in the NFL.

Victoria East grad Bailey Zappe and Cuero's Caeveon Patton have put in all the work they can in hopes of realizing their longtime dream of playing in the NFL. Now, they wait to hopefully hear their names called in Las Vegas this weekend.