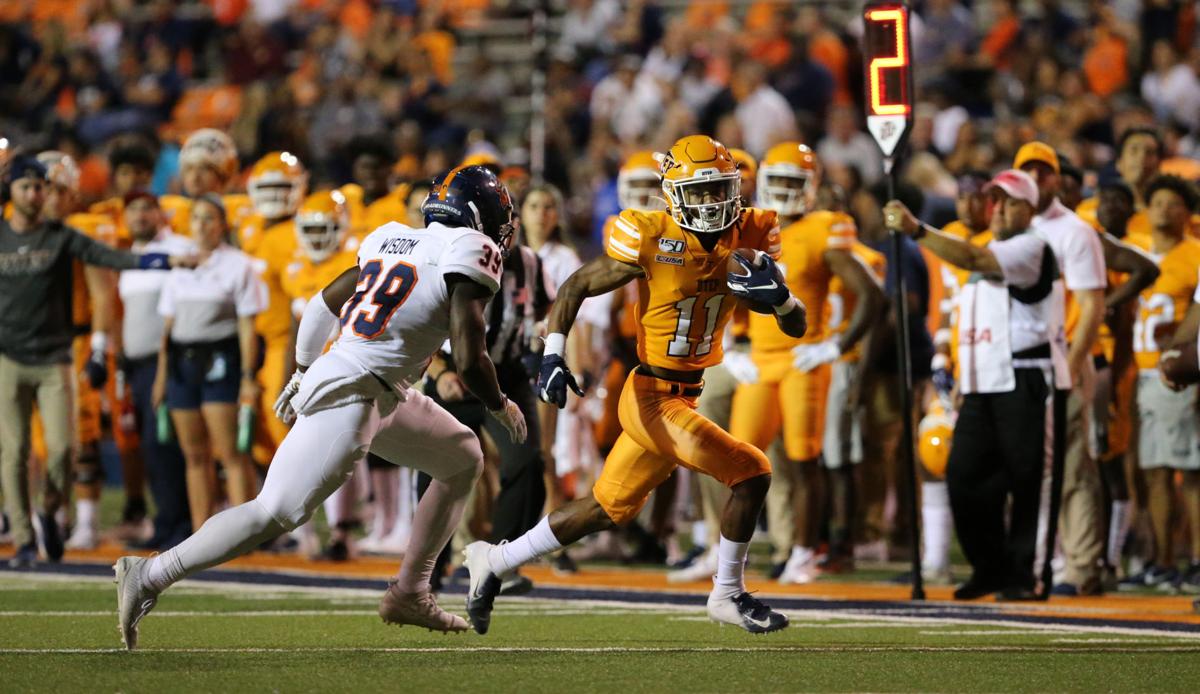 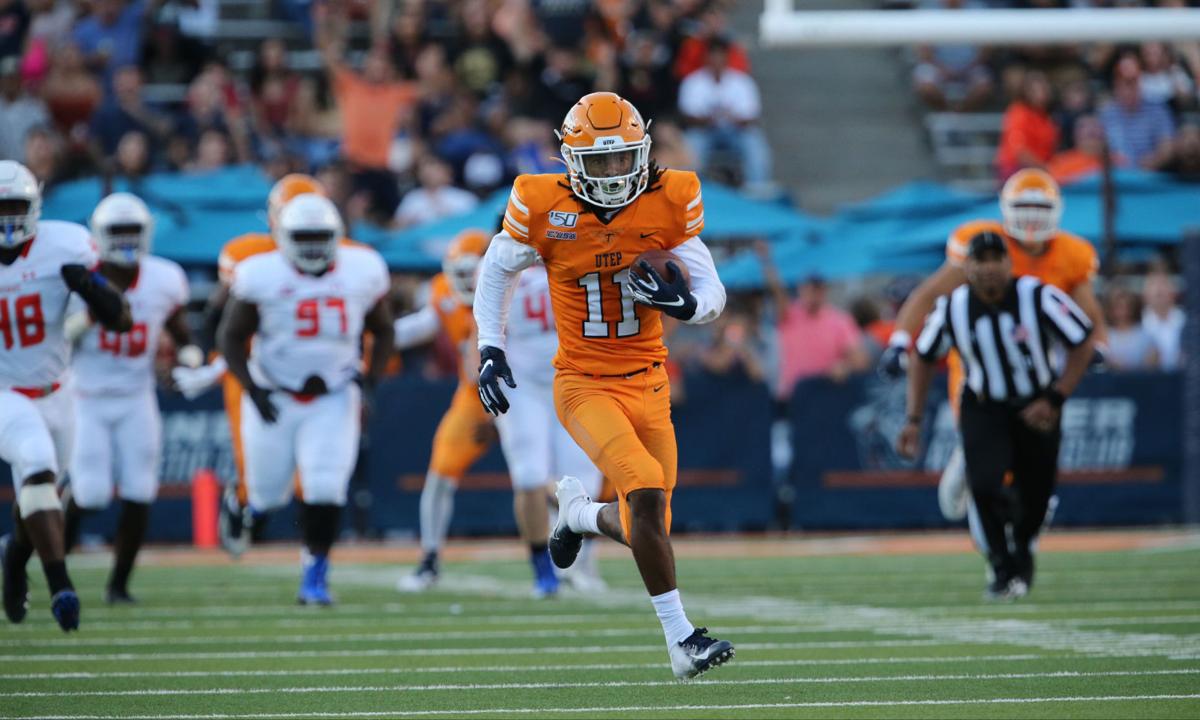 Victoria East graduate and former UTEP player Tre Wolf runs down field en route to a touchdown during a game against Houston Baptist in El Paso. 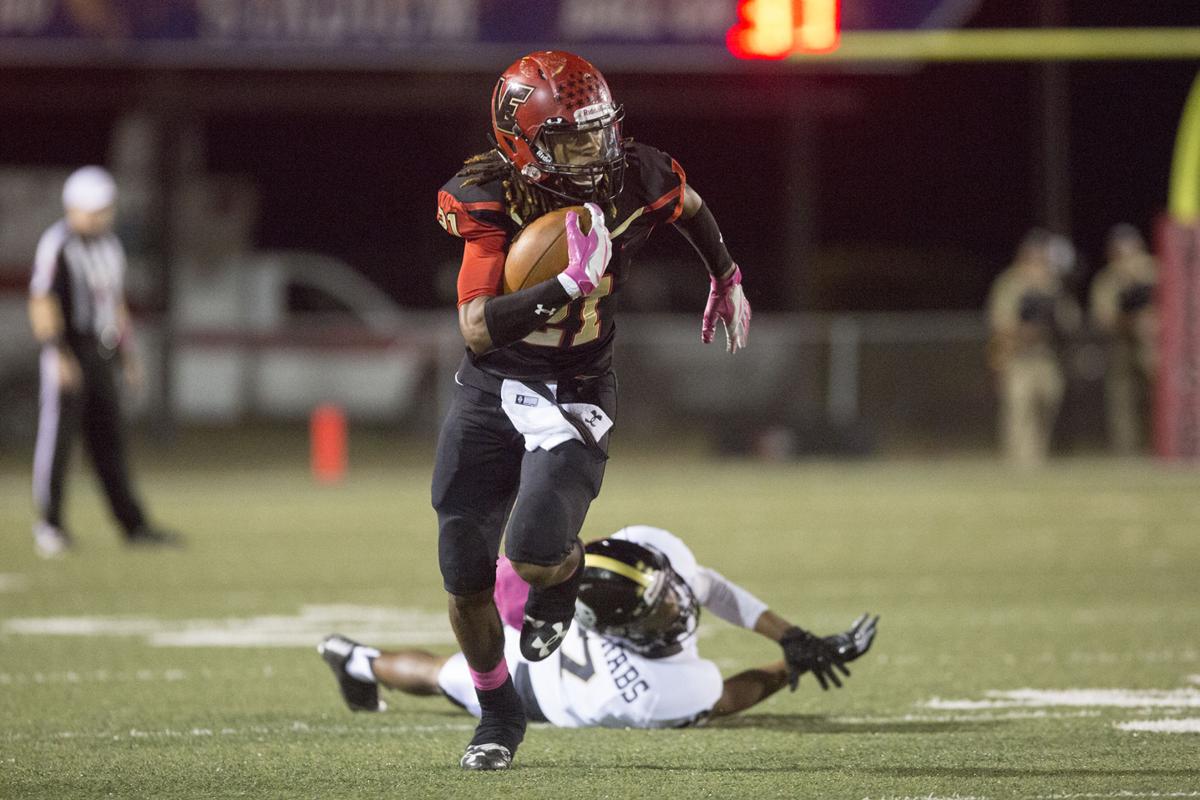 Victoria East graduate Tre Wolf breaks free from a Calhoun defender for a 70-yard touchdown during a District 27-5A game at Memorial Stadium in 2016.

Victoria East graduate and former UTEP player Tre Wolf runs down field en route to a touchdown during a game against Houston Baptist in El Paso.

Victoria East graduate Tre Wolf breaks free from a Calhoun defender for a 70-yard touchdown during a District 27-5A game at Memorial Stadium in 2016.

Tre Wolf considers himself a dad before a football player.

So when the chance came for him to play closer to his son Kyle in Port Lavaca, he quickly seized the opportunity.

Wolf, who played the last two seasons at Texas-El Paso, signed with the University of the Incarnate Word – a Division I school in San Antonio.

Wolf, 21, announced his signing with the Cardinals during national signing day Dec. 18.

“I like that I’ll be closer to my son in Port Lavaca,” Wolf said. “I also liked the passion and the emotion the coaches showed toward me. They have more of a pass-based offense and more of an air raid.”

Wolf, a Victoria East graduate, compiled an impressive career during his playing days with the Titans.

He capped off his high school career by recording 55 catches for 1,374 yards, and the success carried over into the college level.

Wolf originally signed with NAIA Texas Wesleyan in 2017, but it wasn’t until he walked on at UTEP that he got his chance to show what he can do.

Wolf compiled 577 yards, 44 receptions and two touchdowns for the Miners and was the team’s second-leading receiver after catching 34 passes for 433 yards last season. Wolf redshirted in 2017 before coming on as a freshman in 2018.

“My son has been my biggest inspiration,” Wolf said. “Even though I don’t get to see him as often as I’d like, he lights an extra fire under me and it gets me going.”

Wolf’s capabilities on offense were no secret and it showed the moment he entered the transfer portal on Dec 2.

Five minutes after he made his announcement to leave UTEP, his phone began to ring.

“As soon as I entered the portal, schools began to hit me up,” Wolf said. “McNeese State was one of the schools that reached out to me, but Incarnate Word stole the prize.”

With UIW being part of the Football Championship Subdivision, Wolf won’t have to sit out a season and can begin playing in the team’s season opener in September.

Wolf feels he can contribute his play-making abilities to a UIW team that finished 5-7 overall last year and 4-5 in the Southland Conference.

“I think the main thing I can bring is leadership and experience,” Wolf said. “They have a lot of true freshman and I can bring that play-making ability.”

At age 5, he was diagnosed with Stage 2 Hodgkins lymphoma.

After four months of treatment, he was declared cancer free.

“It was well-deserving with everything I had been through and everything I wanted to achieve,” he said. “It was a huge milestone in my life.”

Wolf plans to make the most of his time in San Antonio.

But whenever he gets homesick or misses his son, he won’t have to travel far anymore.

After all, San Antonio to Port Lavaca is only 140 miles away.

“My son is the the biggest blessing I’ve ever received in life,” Wolf said. “He’ll always be my biggest inspiration in everything I do.”