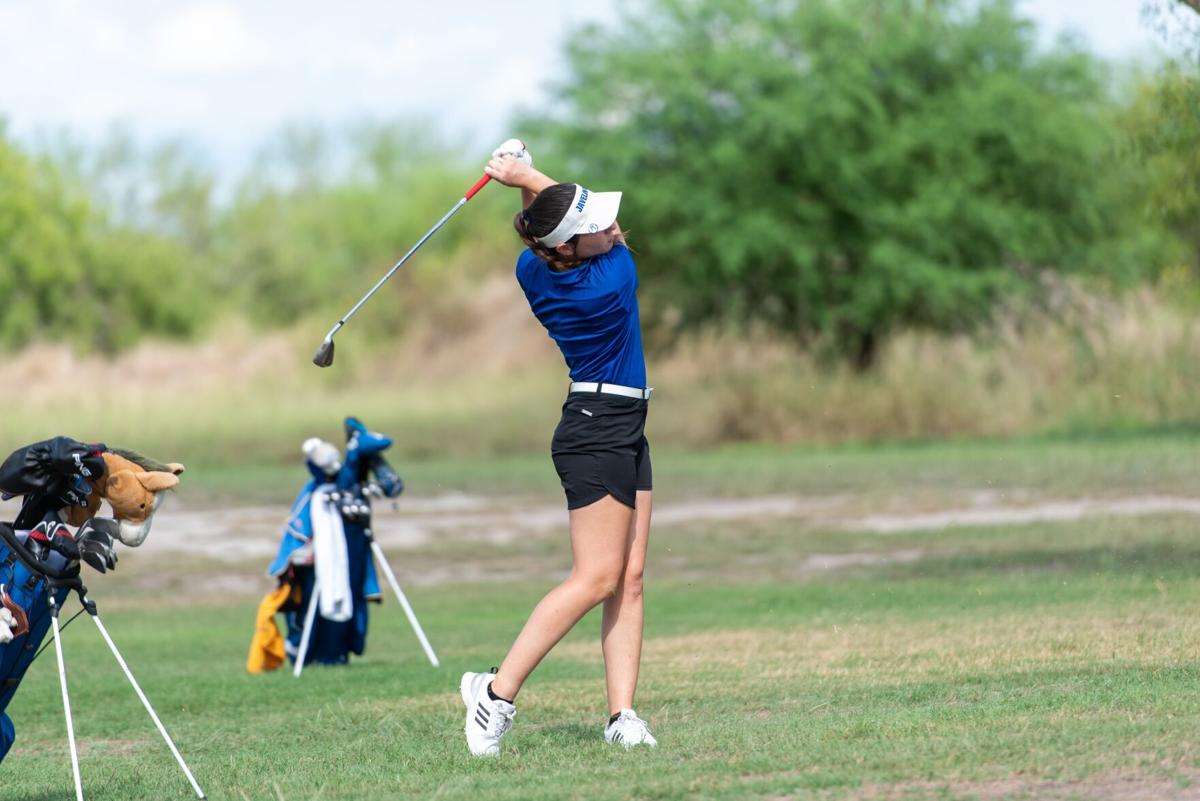 Madison Lake, a Victoria East graduate, has been a force on the women’s golf team at Texas A&M University-Kingsville. She was recently named to the all-decade team for her performances on the course. 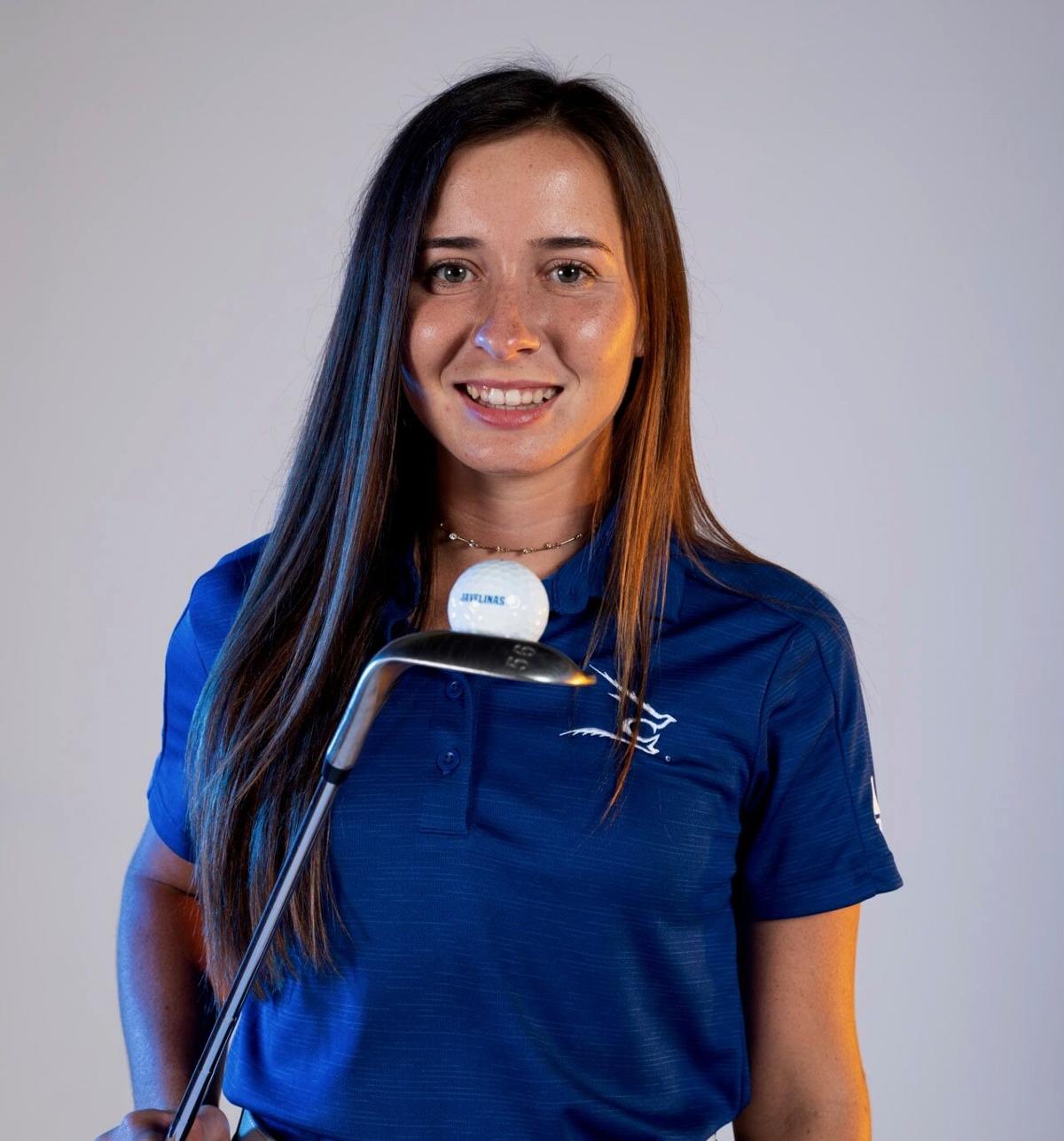 Madison Lake hopes to have a breakout senior season with the Javelinas after improving her game the first three years of her collegiate career.

Madison Lake, a Victoria East graduate, has been a force on the women’s golf team at Texas A&M University-Kingsville. She was recently named to the all-decade team for her performances on the course.

Madison Lake hopes to have a breakout senior season with the Javelinas after improving her game the first three years of her collegiate career.

Madison Lake had a successful golf career at Victoria East after qualifying for the UIL Class 5A state championships two years in a row.

She also led the Lady Titans to two consecutive District 27-5A championships.

In terms of accomplishments, nothing changed when she stepped on the course at Texas A&M University-Kingsville.

Lake, who graduated high school in 2017, is coming off her junior campaign with the Javelinas, and has established herself as player to watch for at the Division II level.

She was the only player on the team to compete in all seven tournaments – including a second-place finish at the Oklahoma Intercollegiate.

Her hard work and dedication to the game was rewarded when she was named to the school’s all-decade team last week.

Lake, who is second on the team in career scoring average (78.38) and career birdies, is the only player to own two of A&M-Kingsville’s five best single-season scoring averages.

“I feel like I’ve gotten to this point because of the support from my parents, teammates and the people I surround myself with,” Lake said. “I couldn’t have done it without them. They push me to do better each week. We’re always pushing each other and trying to keep the competitive spirt alive.”

The selections for the all-decade team were made by members of the school’s athletic department and Javelina women’s golf coach Stefanie Maynard.

“It felt good that my coach thought of me when she made up the team,” Lake said. “I feel like I’ve worked really hard and have proven myself. It was nice to see my hard work be recognized by A&M-Kingsville.”

Like in high school, Lake has never missed playing in a tournament.

As a freshman with the Javelinas, she played in all 11 competitions and tied for 20th with a 32-over 248 at the PGA Minority Collegiate Championships.

As a sophomore, she played in all 11 tournaments again, while capturing five top 15 finishes — including a seventh place finish at the PGA Works Collegiate Championship.

Lake’s goal in college has been to improve each season, while putting the Javelinas in the conversation as one of the best teams in the Lone Star Conference and the Division II level.

“We started out in the top 100s for Division II teams for women’s golf but now, we’re ranked No. 74,” she said. “Making that jump has been inspiring. We are better than what most teams think that we are, so it’s inspiring to see where we started from and where we are now.”

Lake and her family are no strangers to the game. She said her biggest inspiration comes from watching her parents and twin brother Ben play.

Ben Lake, who is a standout player on the UHV men’s team and also a Victoria East graduate, won individual honors at the PGA Works Championship and had six top 10 finishes in all the events. He also recorded a low round of 69 in the second round of the UHV Fall Classic.

Lake said the biggest challenge has been time management. Never missing a tournament, while keeping up with her studies hasn’t always been easy.

“The biggest challenge was having a full-time class load with workouts and practices everyday,” Lake said. “You have to make sure to stay on top of your responsibilities. They say being a student comes first and that’s true. If you don’t make the grades, you can’t play.”

Lake will be a senior when the Javelinas begin play in September. Her goal for her final season is to make sure the team is ready when regional play begins.

“If everything goes well and COVID-19 calms down, I hope to play as a senior,” she said. “Our biggest goal for this coming year is to place and hopefully go to regionals out of 19 teams.”