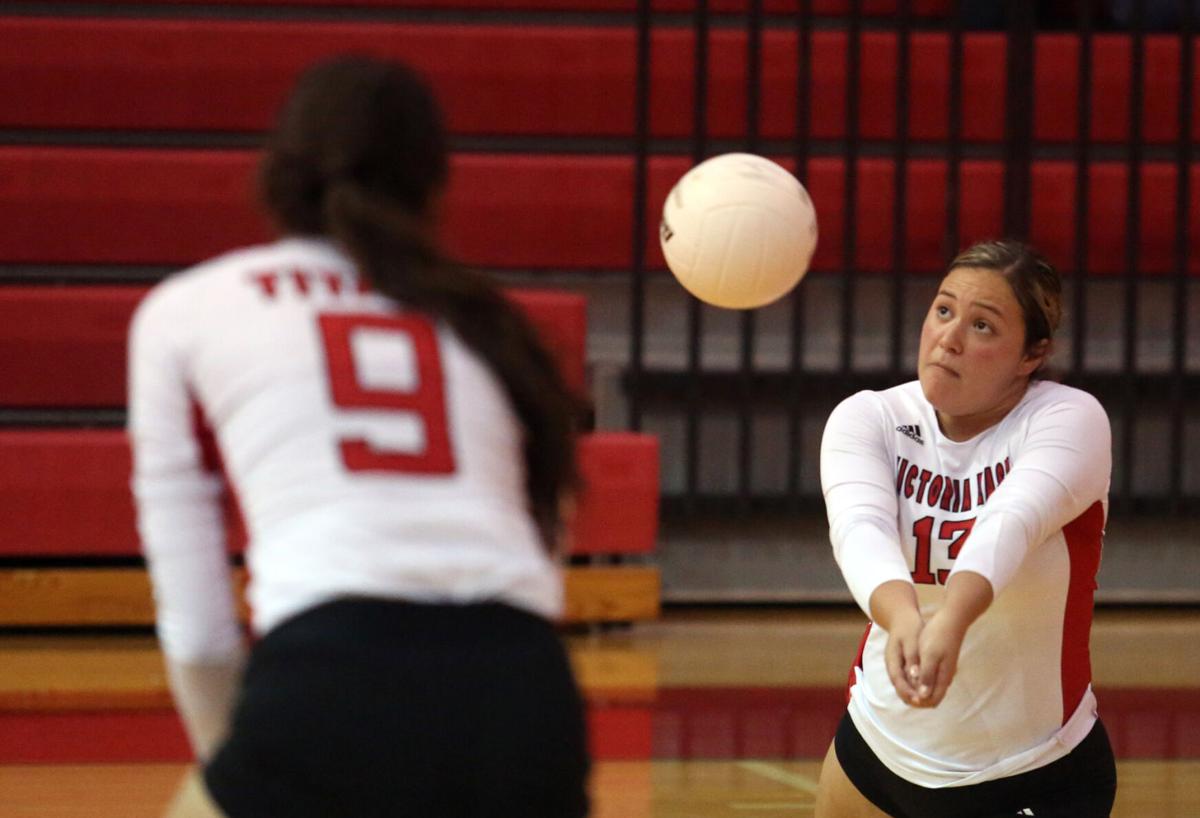 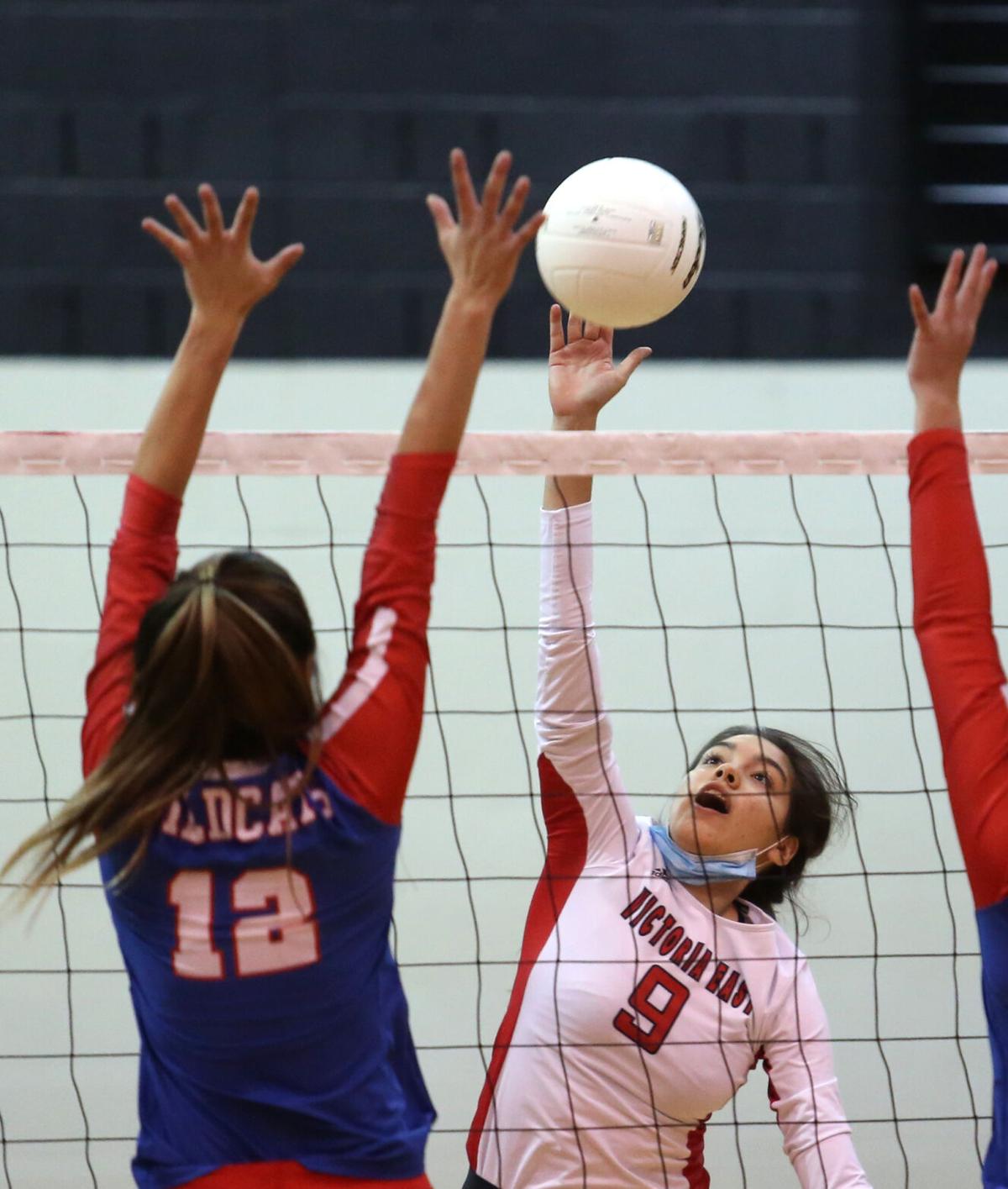 Victoria East’s Olivia Conley tips the ball over during Tuesday’s District 29-5A game against Gregory-Portland at Victoria East High School. 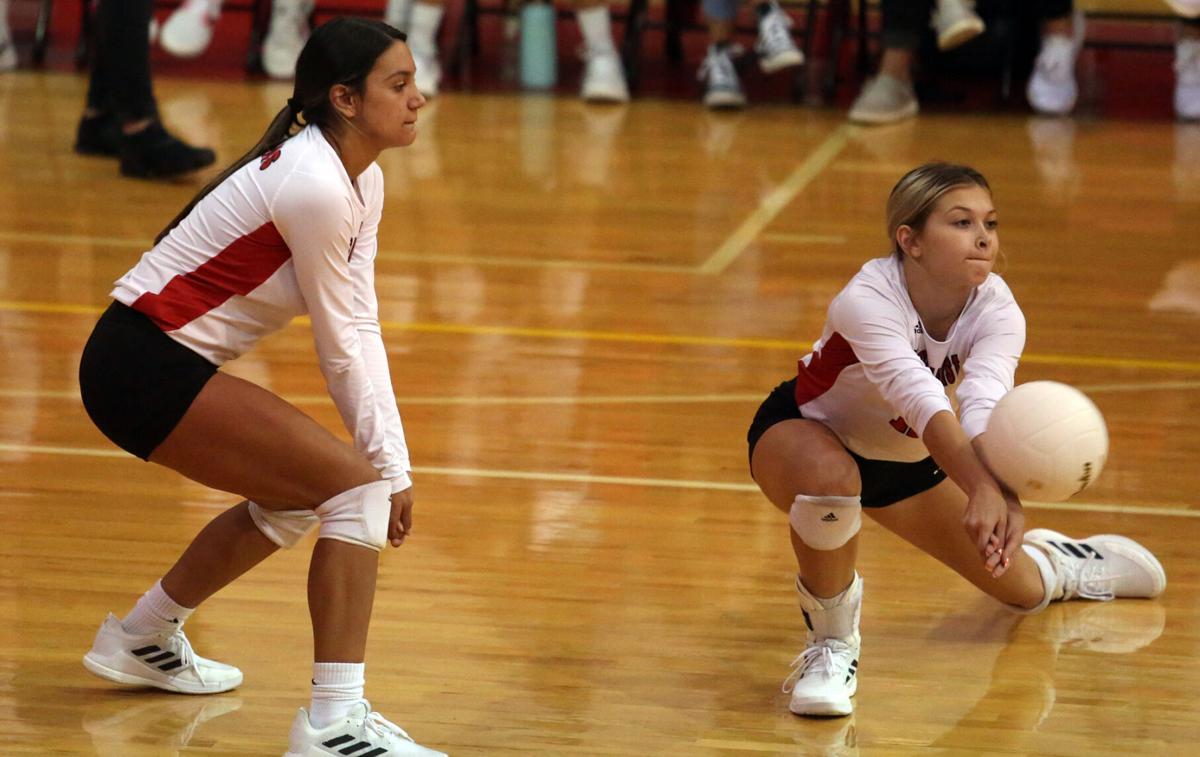 Victoria East’s Olivia Conley tips the ball over during Tuesday’s District 29-5A game against Gregory-Portland at Victoria East High School.

There were no streaks left to be broken.

East was looking to make it two home wins in a row, as it hosted a Gregory-Portland team ranked No. 11 in the Texas Girls Coaches Association’s Class 5A poll.

“I knew they were going to run a fast system,” said East head coach Danna Wincher. “I prepared my girls yesterday in practice for a different defense. We kind of got a little gun shy today.”

G-P’s serving succeeded in finding gaps in East’s defense that let the Ladycats increase their leads throughout the game. When the Lady Titans went on the offensive, the Ladycats met them at the net to throw off their rhythm.

East found success late in the second set, fighting off six match points before ultimately succumbing. But that fight carried into the third set.

“Overall, I saw a lot of improvement as the game went on,” Wincher said. “Of course, it was late in the game, we lost that first set pretty quick because we didn’t adjust. So I made a little adjustments towards the third set, and we kind of contained them but we just weren’t able to close it out.”

East held a 10-8 advantage through the middle of the third set and even after falling behind 21-5, the Lady Titans fought back to make it 22-20 late in the third set.

However, East could not complete the comeback as G-P came away with the 25-21 win.

“This is our first round seeing that type of team and overall, no other team in our district has given us a fast system like that,” Wincher said. “So, it’s just being prepared and being able to adjust to that. Moving forward, we just have some minor tweaks that we’ve got to do to get us prepared for Friday and then moving forward in the district.”