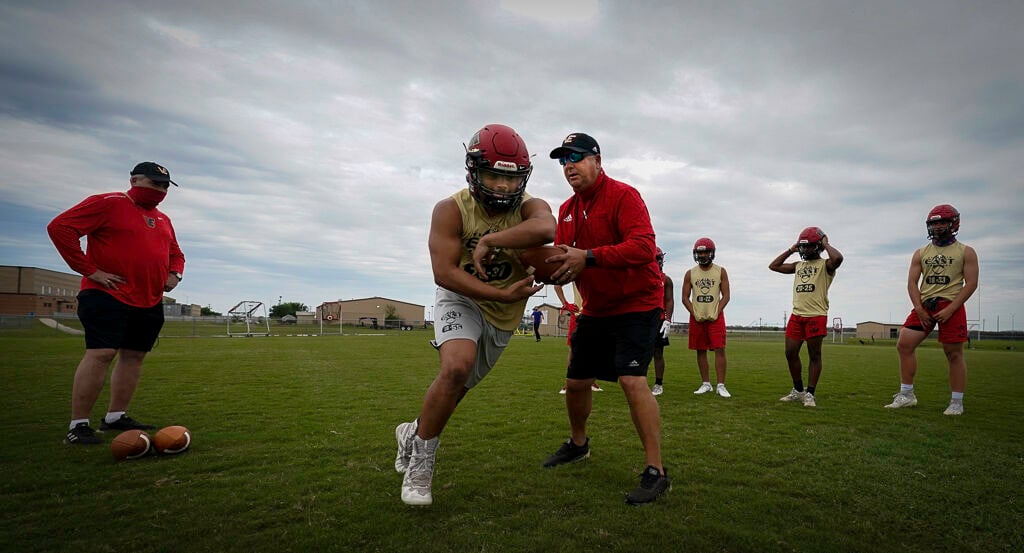 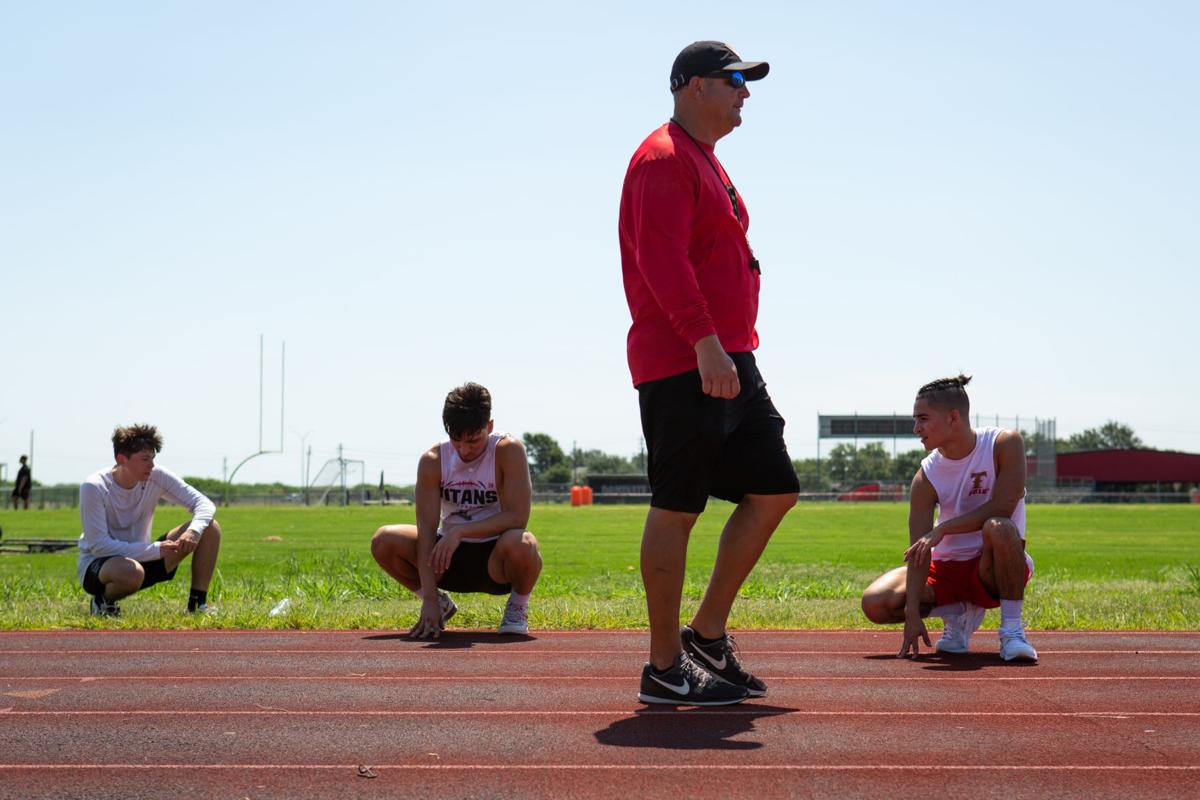 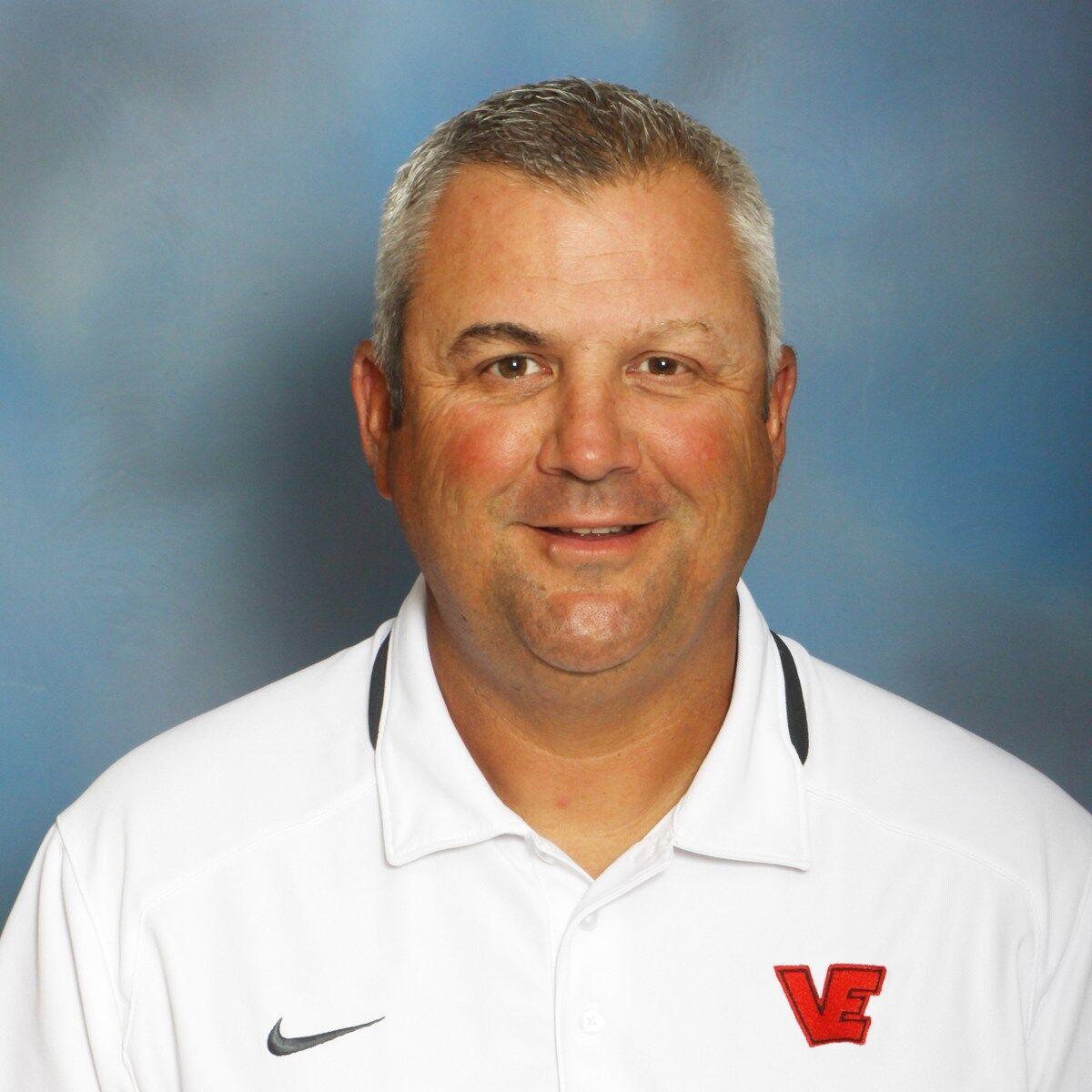 Coaching is something Jeff Hurta wanted to do since he was a junior high student.

Hurta would go to Gobbler Stadium with his aunt and uncle to watch the Cuero football team.

Coaching has defined the past 24 years of his life and the past eight years at Victoria East.

After coaching running backs for most of his career, Hurta enters a new phase with his promotion to offensive coordinator at East.

This is Hurta’s first time as a coordinator.

“I was very excited about it,” Hurta said. “It was a great opportunity. I’m very appreciative of (Coach Roland Gonzalez) taking the chance on me and having the faith and trusting me to name me offensive coordinator. I’ve been in the system eight years and I feel like I know the offense well.”

“I know the kids well, have a good rapport with them. It’s just a good place to be. I’m excited about taking on the role and helping run the offense and I’m ready for football to start.”

Hurta graduated from Cuero in 1991 and went to college at Texas State, then called Southwest Texas State University.

Hurta made a stop in Brady before joining the staff at Leander for six years, where he met current VISD Athletic Director Spencer Gantt.

Hurta worked for six years as the running backs coach at Copperas Cove, where future Heisman trophy winner Robert Griffin III led the Bulldawgs to the Class 5A, Division I state championship game in 2006 and 2007.

The ensuing move to Victoria East was equal parts a career and family decision.

“I’m from Cuero, my wife’s from Calallen, so we decided to come back to the area for family and Victoria was right in the middle,” Hurta said. “Been here for eight years now and been happy.”

Hurta started at East in 2013 during Roland Gonzalez’s second year as head coach of the Titans and has served as the running backs coach all eight years.

He’s seen both the highs of going four rounds deep and the lows of missing the playoffs.

“I think every year we’ve had a good group of guys here and done better record wise some years better than others, but I think the culture’s real good here,” Hurta said. “The kids are excited, the coaching staff is good and I think they’ve bought into what we’re trying to do here at East.”

In addition to coaching the running backs, Hurta was an assistant baseball coach for six years and served as the assistant boys soccer coach last season.

Gonzalez chose to stay internal with his offensive coordinator search and Hurta jumped at the opportunity.

“We’ve had good success with what we’ve done,” Hurta said. “We’ve got a good group of kids coming back next year. We’re going to continue to do what we’ve done, there might be a wrinkle or two I throw in that we’ve already talked about. Anything (Gonzalez is) willing to listen to I’ll try to throw in there and help us out where we can.”

East opens the season Aug. 27 against Columbia in West Columbia.