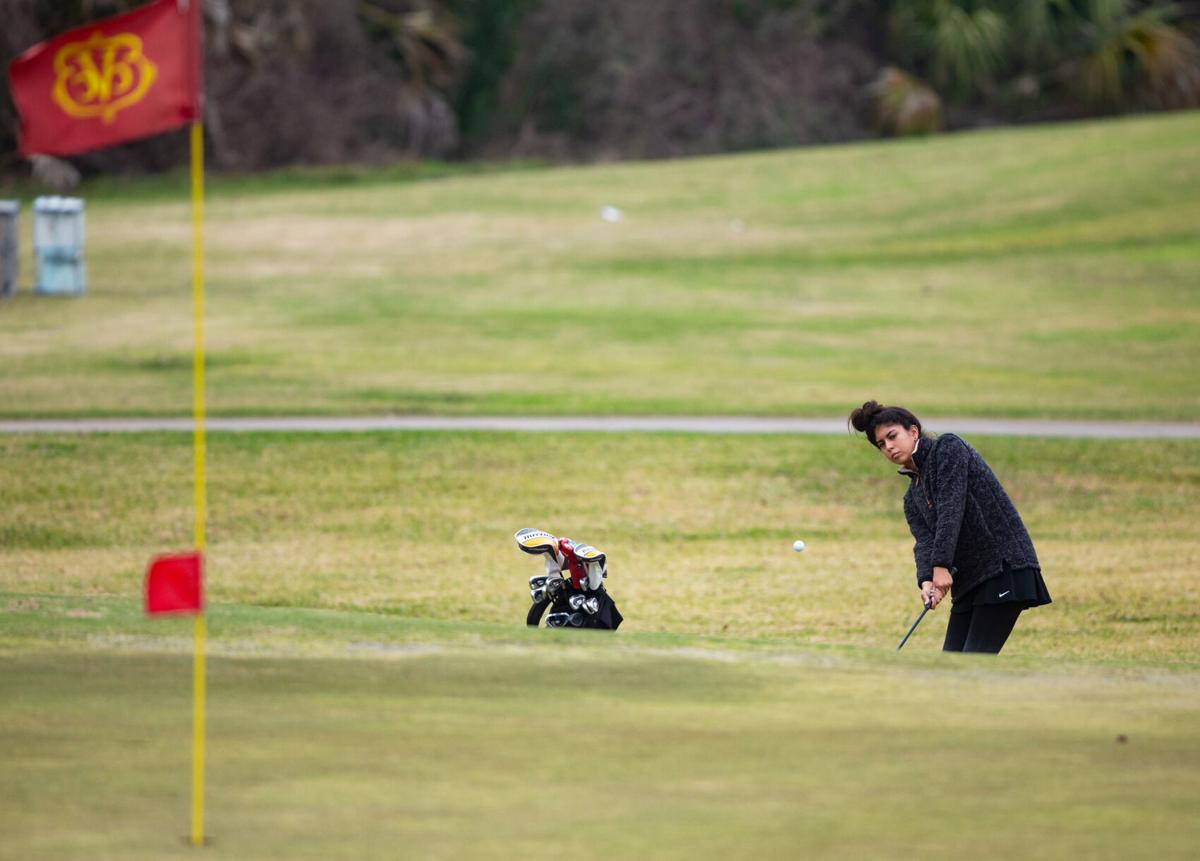 Victoria East’s Emma Koch hits the ball toward the hole during the playoff round at the Lauren Johnson Golf Tournament on Feb. 6 at the Victoria Country Club. 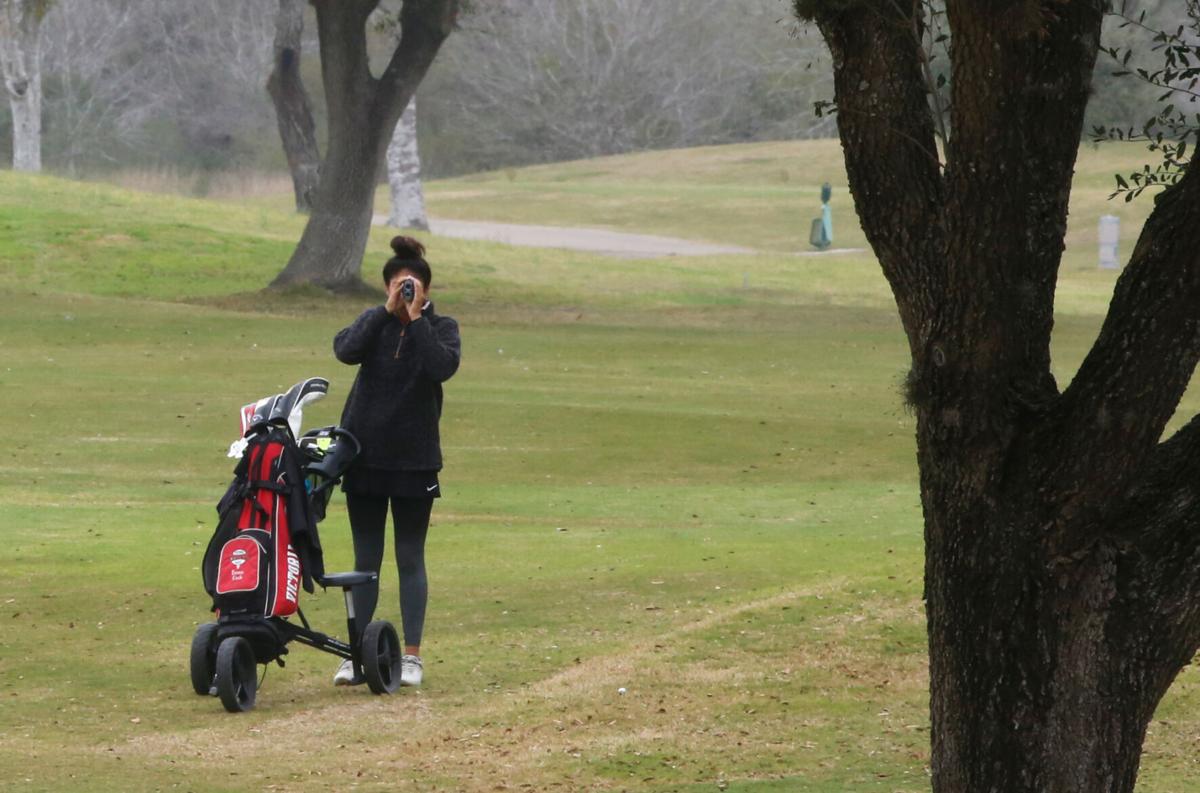 Victoria East's Emma Koch uses a rangefinder to zero in on the hole during the Lauren Johnson Golf Tournament on Saturday, Feb. 6 at the Victoria Country Club. 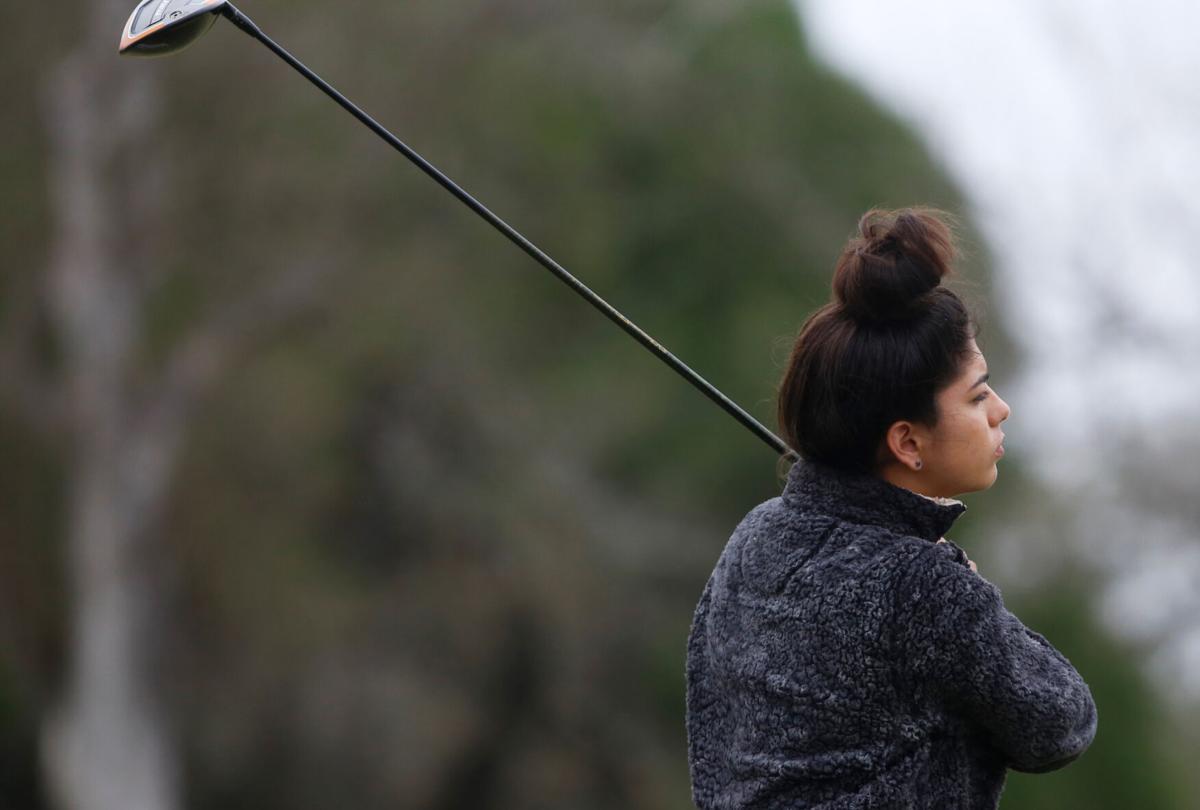 Victoria East’s Emma Koch drives the ball towards the green during the Lauren Johnson Golf Tournament Feb. 6 at the Victoria Country Club.

Victoria East’s Emma Koch hits the ball toward the hole during the playoff round at the Lauren Johnson Golf Tournament on Feb. 6 at the Victoria Country Club.

Victoria East's Emma Koch uses a rangefinder to zero in on the hole during the Lauren Johnson Golf Tournament on Saturday, Feb. 6 at the Victoria Country Club.

Victoria East’s Emma Koch drives the ball towards the green during the Lauren Johnson Golf Tournament Feb. 6 at the Victoria Country Club.

Golf runs in the family for Emma Koch.

Koch’s older brothers both played golf in high school and when she was five years old, Koch asked when it would be her turn.

She took her first lessons that same year and continued to train for the next 10 years, ultimately quitting all other sports to focus on golf.

It paid off with Koch qualifying for the Class 5A, Region IV girls tournament in her first full season of high school golf.

“I really wanted to make it for a lot of people,” said Koch, a sophomore. “A lot of people believe in me, more than I believe in myself to be honest. I’m going to go out there and I’m just going to try to play the best I can and have the best round I can and see if I can move on.”

After regularly competing at tournaments in San Antonio and Austin since she was 10, Koch was geared for success by the time she arrived at Victoria East.

But she still had some nerves to overcome when it came to her teammates.

“It was intimidating cause they were all older than me,” Koch said. “The older ones, Shelby (Austin) and Adriana (Jaramillo), they were always really nice to me and the three of us really got along after that first tournament we played at in Marble Falls. We really started a bond there and throughout the year we just all really got along.”

Koch went on to have immediate success with the Lady Titans and was named District 30-5A co-MVP, becoming the first freshman to win MVP at East.

It was a bittersweet moment for Koch as she was surprised with the award — head coach Mike Smith had to tell her over the phone — but it came after the COVID-19 pandemic had canceled golf season just before the district meet.

East had hopes of qualifying as a team for the regional tournament, but the returning golfers turned disappointment into motivation to train during the elongated offseason.

“Even when the club was shut down we had our own golf cart, so we could come out and play holes,” Koch said. “I practiced a lot and got better. I didn’t get to play as many tournaments in the summer but I still played some. I went and saw my swing coach a lot, got my lessons in. I practiced a lot with the team and just tried to get to the spot that I knew I what score I had to get to win.”

Koch and Corpus Christi Veterans Memorial’s Anissa Farias have been two of the top players in the region this season.

Koch came in second place to Farias at both the Lauren Johnson Invitational and the District 29-5A tournament, losing both by a single stroke.

Koch shot 160 to Farias’ 159 at the district tournament as both advanced to regionals. East girls finished third as a team.

Despite going it alone, Koch has put in the effort to give herself a shot at qualifying for the state tournament.

“Her maturity has really come around,” Smith said. “When she was a freshman, she would have maybe two or three holes where she’d have big numbers. As time has progressed, now if she makes a double bogey that’s a bad hole for her.”

The Class 5A, Region IV girls tournament is being held The Hyatt Hill Country Club in San Antonio on April 19-20.

The plan is to go in and use the practice session to learn as much about the course as possible to have success. In the meantime, the focus is on practice.

“Just a lot of practice,” Koch said. “I have long game drills, short game drills. If I get the time to practice that’s where I’m really going to have that score to move on, but it’s all in the practice for me. My swing is really good right now. If I practice I’ll be ready.”