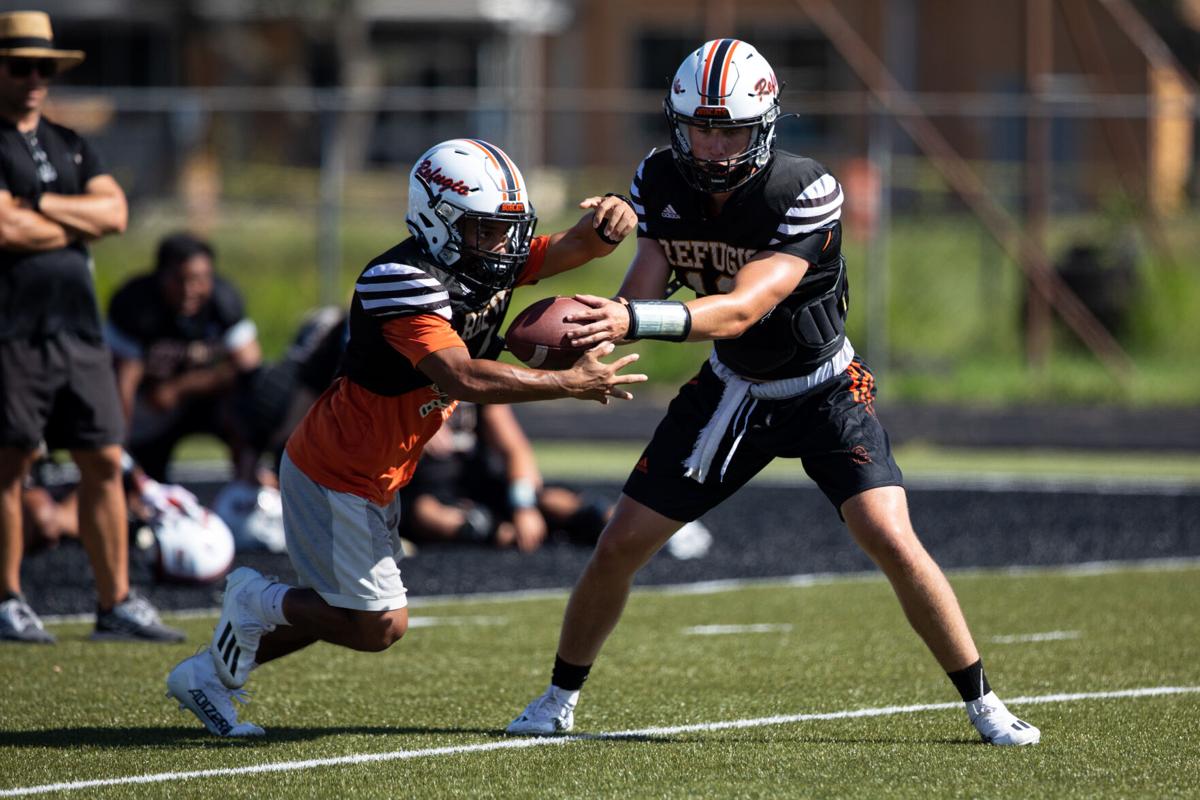 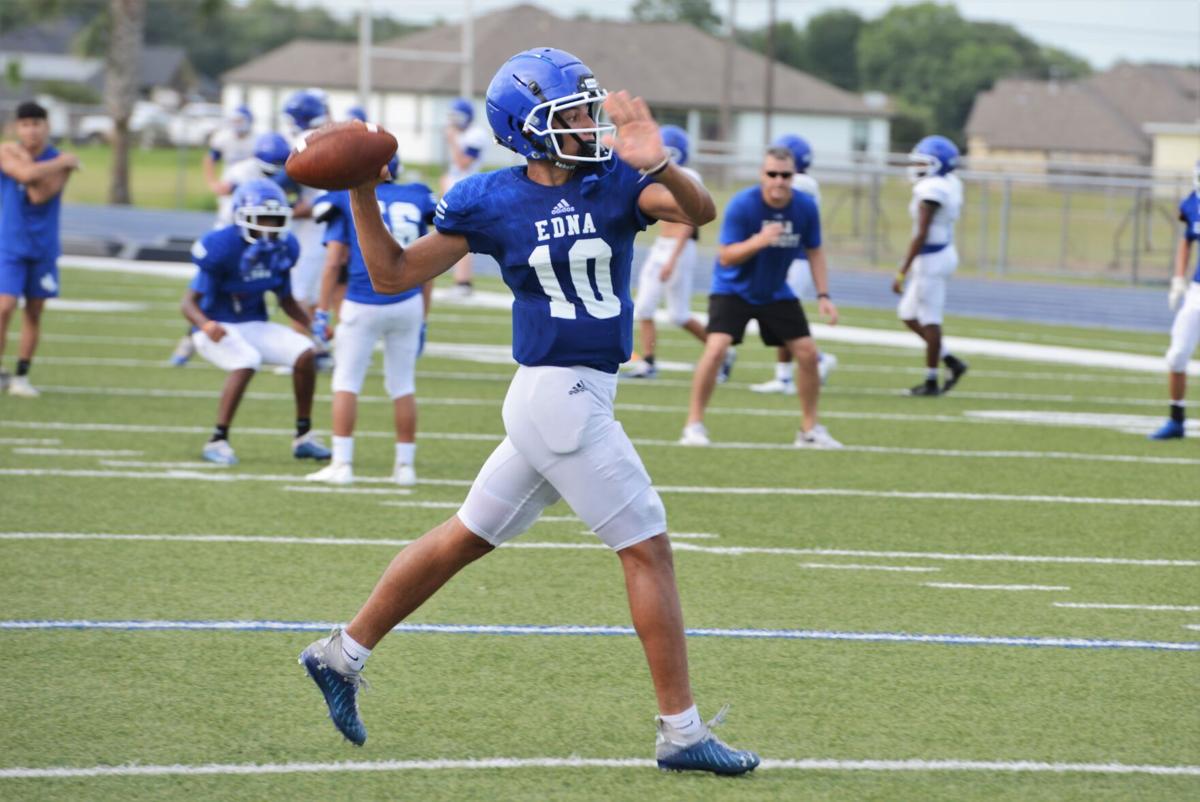 One team will leave Jack Sportsman Bobcat Stadium in Refugio on Friday night happy and another will go home disappointed.

But neither Edna’s nor Refugio’s season will be defined by the outcome, and both are likely to be better for playing the game.

“It’s not the war,” said Edna coach Jimmie Mitchell. “It’s just the battle in the war.”

The Cowboys (2-0) go on the road for the first time this season after defeating East Bernard and Bay City.

Edna has completely reversed the fortunes of a team that was transitioning from the slot-T to the spread in Mitchell’s first season and started last season with four losses.

“I think it has a lot to do with having a really good offseason, our first one this spring and having a great summer getting bigger, stronger and faster and the commitment of this group to do that,” Mitchell said. “It’s being a year older. We didn’t lose very many people and we’ve got some experience now. Last year, we had very little experience. All of those things together is why we’ve been able to have some success these first two weeks.”

Refugio (2-0), which is ranked No. 1 in the Class 2A, Division I poll, has run away with wins over Bruni and George West, in which its starters played only in the first half.

“I can tell that we’re way ahead of last year,” said Refugio coach Jason Herring. “I can tell that our offensive and defensive schemes that we’ve tweaked to fit these kids, that we were right. I think what we’re doing is spot on. You really don’t know how good you are or what you need to work on until you play somebody that’s loaded like Edna.”

The Cowboys will be the biggest team Refugio is likely to see this season, especially on the offensive and defensive lines.

“We were really confident,” said Edna’s Jaqwon Reed, the only senior on the defensive line. “We have all the same guys back from last year. We’re pleased, but we never settle. We always want to do great. We just always want to get after it. We come ready to work every day.”

Mitchell has been pleased with the progress the Cowboys have made up front.

“Three of them were sophomores last year,” he said. “We’ve gotten bigger, stronger, faster and a year older so we did expect it. We did have some flashes last year of our defensive line being really good and we’ve got them all back.”

“Our team is really good this year,” Hesseltine said. “I feel like we used those first two games to just improve. I feel like Edna will help us tremendously. They’re a really good ball team and they’re really well coached and we’re going to use that game as a learning experience to help us improve.”

“It’s not easy,” Mitchell said. “We do some uptempo stuff too, but we don’t do it like they do that fast. Yes, it’s hard to stop. Getting substitutions in and getting calls in. We’ve got to really work on the kids understanding what they’re trying to do whenever they line up in different sets.”

Both teams are hoping to remain unbeaten, but expect to come out of the game with a better idea of where they stand.

“We’re looking forward to it because it’s going to be a huge challenge and we think they might be one of the best teams we play,” Herring said. “Just the physical difference in the size. We’re going to have to play a great game. Regardless of what happens, it’s going to make us better, it’s going to expose our weaknesses, and it’s going to show us what we need to work on.”