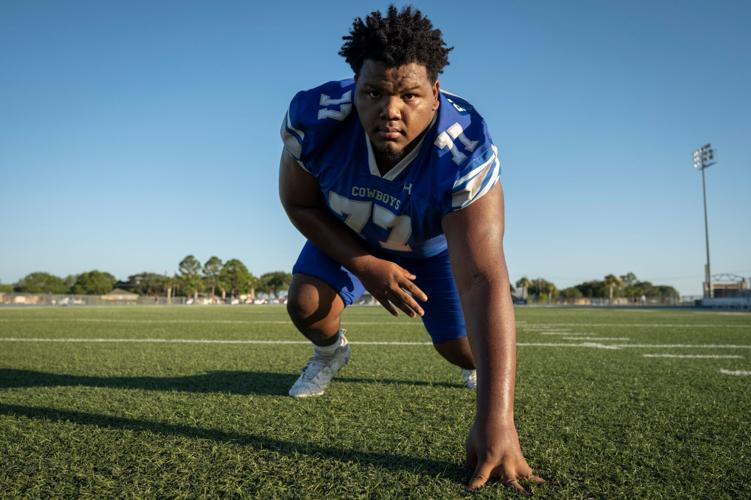 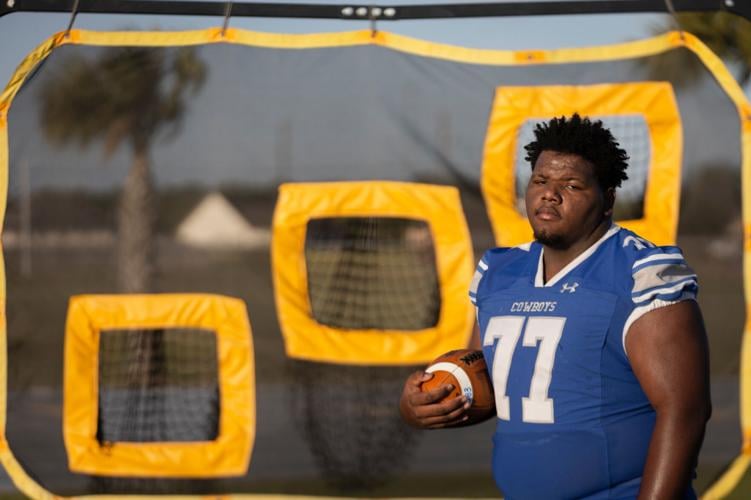 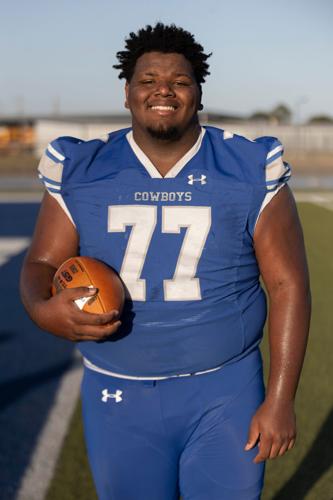 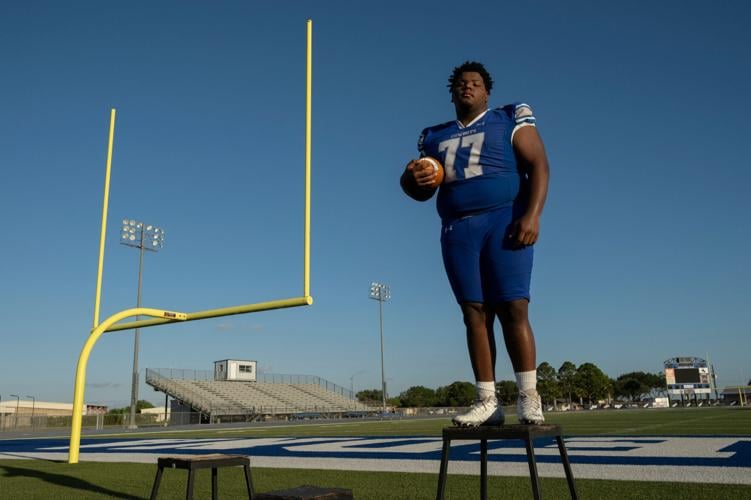 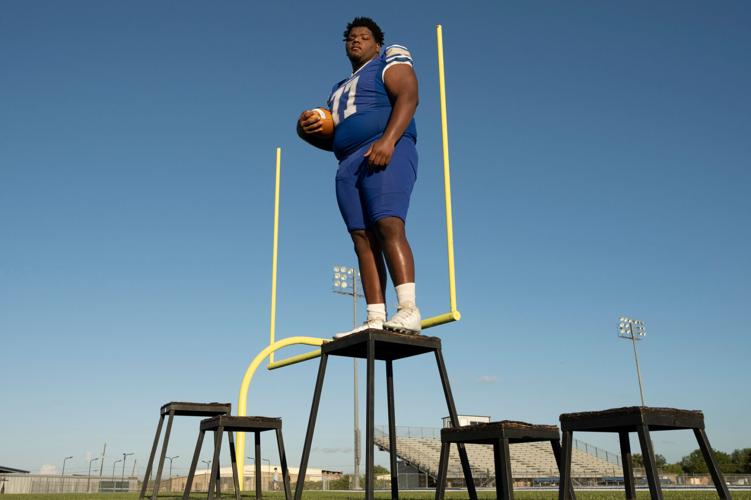 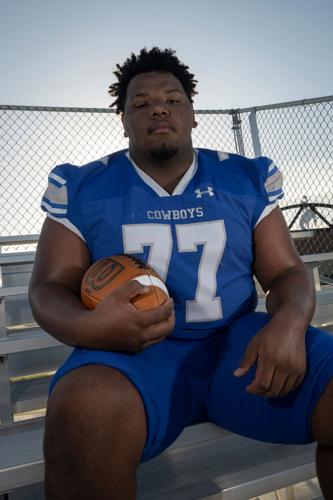 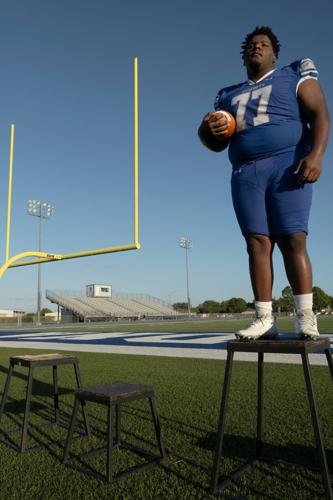 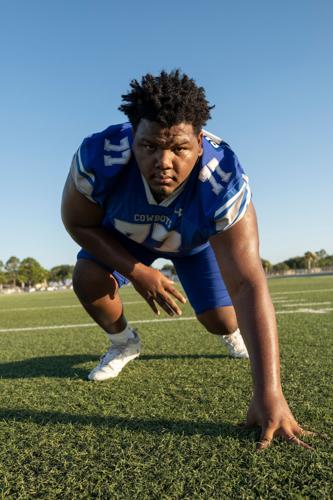 EDNA — Otis Santellana has been the biggest player on the field from the time he began playing football at 4 years old in Florida.

But when Santellana moved to Edna in seventh grade and eventually made the varsity as a sophomore, he realized more than size mattered.

“It was a big adjustment,” Santellana said. “You’re not playing against kids you’re just bigger than. That’s when I kind of had to get used to using technique. I had to have more of a violent tendency when I was on the field.”

Santellana has made good use of his 6-foot-3, 300-pound frame from his defensive tackle position.

He had 67 tackles and 10 sacks last season. He was a first-team selection on the Advocate’s all-area team, while helping the Cowboys claim the District 15-3A, Division I championship and advance to the regional semifinals before finishing with a 10-3 record.

“He’s been a hard worker,” said Edna coach Jimmie Mitchell. “He’s gotten himself really strong. He’s gotten a lot quicker and a lot faster (5.2-second 40-yard time). He really dominated last year. There are not many people in high school who can block him.”

Santellana is far from satisfied despite picking up Division I offers from Marshall and Austin-Peay and a number of Division II offers.

“My goal is to improve in every aspect,” he said. “Last year was a good year, but it was full of mistakes so a ton of improvements need to be made.”

Santellana figures to be a key component in an Edna defense that returns all but one starter from last season.

“We have almost everyone back,” Santellana said. “This defense is violent and fast. I believe we can have the best defense in the state.”

“We have pretty high expectations for that defense,” Mitchell added. “They were really good last year. They’re all a year older and had a great offseason so I think they’ve got a chance to be really special.”

Santellana is likely to see some time on the offensive line, so he spent most of the preseason workouts attempting to get in playing shape.

“I worked on getting my condition down so I can play at full speed all four quarters,” he said. “The biggest improvement I need to make is reading my blocks and being able to go full speed everytime I’m on the field.”

Mitchell is anxious to see Santellana improve, but has no doubt he’s ready to play at the next level.

Santellana’s mind is on the immediate future and helping the Cowboys have a season to remember.

“Right now, it’s mainly about getting better,” he said. “Of course, I’m anxious to get out there to play. But I wouldn’t feel right unless I improved on a bunch of stuff.”

Podcast: The Grid — E1: Football is back!

The AdvoSports team of Mike Forman, Jeremiah Sosa and Sam Fowler preview #txhsfb in Victoria and beyond, and look at teams primed to make deep…