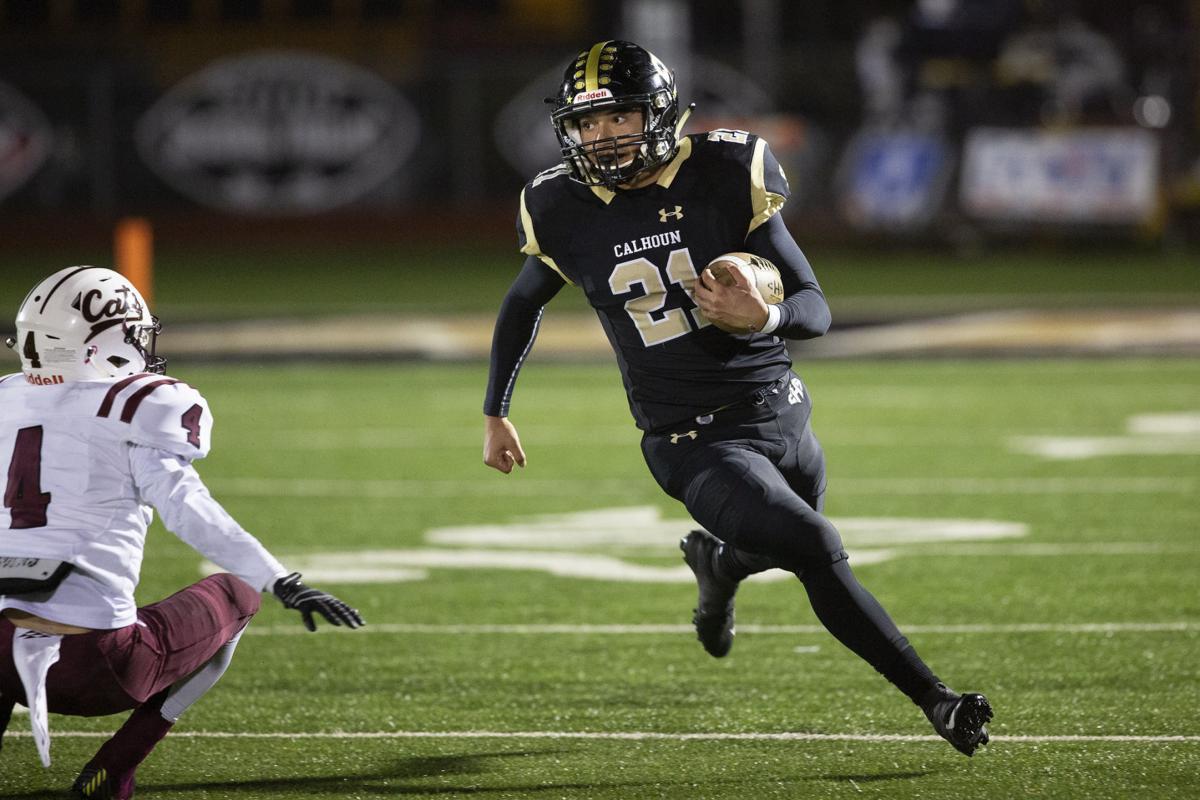 Calhoun running back Sean Flores breaks to the outside during a game against Calallen last season at Sandcrab Stadium in Port Lavaca. 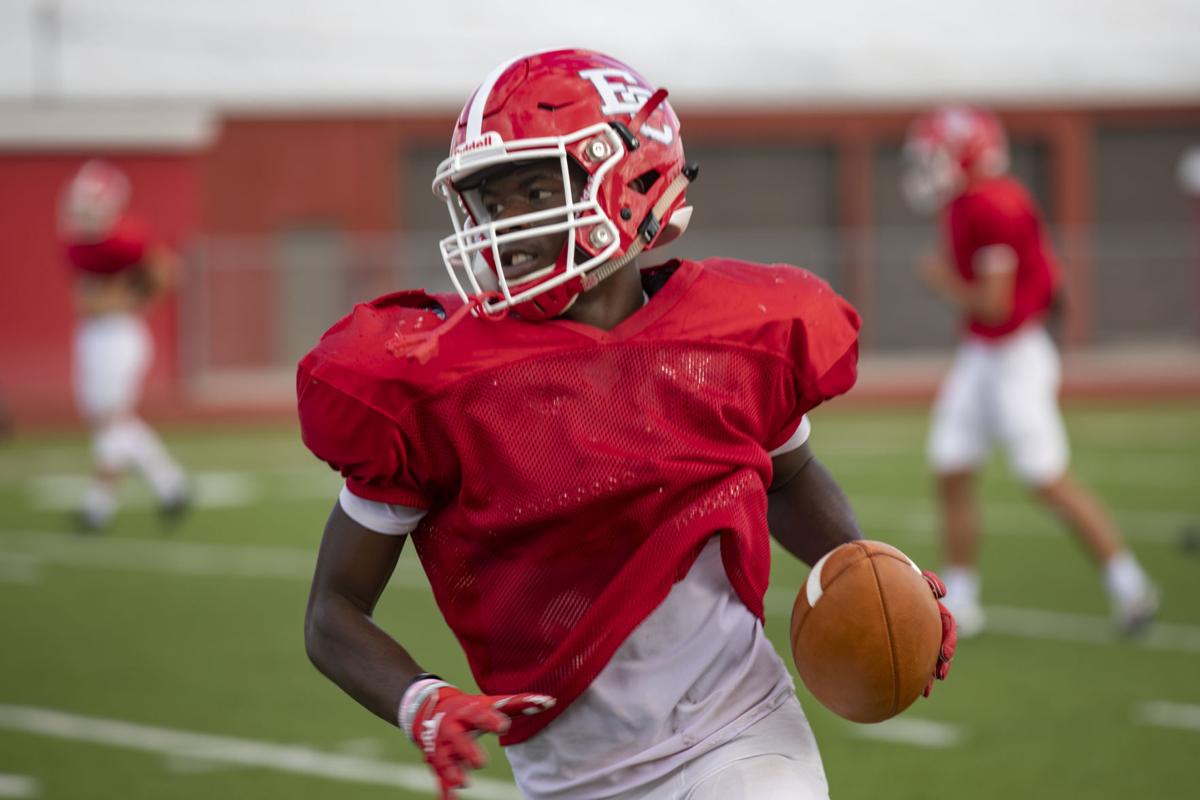 Calhoun running back Sean Flores breaks to the outside during a game against Calallen last season at Sandcrab Stadium in Port Lavaca.

Friday’s game between El Campo and Calhoun could easily be a glimpse of what’s to come in the playoffs.

Instead, the Sandcrabs and Ricebirds will meet in Week 3 of the regular season.

El Campo began the week ranked No. 6 in the Class 4A state poll and Calhoun is close behind at No. 8.

But that will be the last thing on anyone’s mind when the two teams clash at Sandcrab Stadium.

“Rankings are rankings and those are the opinions of others,” said Calhoun coach Richard Whitaker. “We know things are decided on the field, but it does build up to be a big game. We have been in big games already, and we’re excited to play at home. It will be different with a smaller crowd, but the kids are excited. They’re going to play hard.”

Running back Steve Johnson and quarterback Jarius Stewart led the way with 359 yards of total offense and six touchdowns.

“They have a tremendous football team,” said El Campo coach Wayne Condra. “Coach Whitaker and his staff do a great job, and those kids are going to be fired up. It’s going to be a good night for football.”

The Ricebirds (1-0) have had an extra week to prepare with Week 2 being the team’s bye week.

El Campo opened the season with a 35-0 win over Gonzales.

“They’ve had an extra week of preparation for sure, but both of us have played two games,” Whitaker said. “El Campo has tremendous talent. They have scholarship-type kids and they are not a team you can make mistakes against. You have to go out and play — that’s something we’ve told our kids all week long.”

The Sandcrabs and Ricebirds last met in 2017 with El Campo coming out with a 27-13 win.

A lot has changed since then but one thing remains is both teams’ ability to run the football.

El Campo’s Cullen Braden, Rueben Owens and Johntre Davis combined to rush for 203 yards and four touchdowns in the team’s Week 1 win over the Apaches.

“The three things you go in needing to do is get first downs, not turn the ball over and not give up big plays,” Whitaker said. “If you do that, those guys are not playing. We can’t turn the ball over, give them the ball and give them good field position. They have tremendous talent in the backfield.”

“They put a lot of pressure on you,” Condra said. “They can hit you with the fullback inside and the quarterback and pitchman on the outside. You have to be disciplined on defense. Getting to play a good quality football team will help us see where we are and see where we need to get as we prepare for district.”