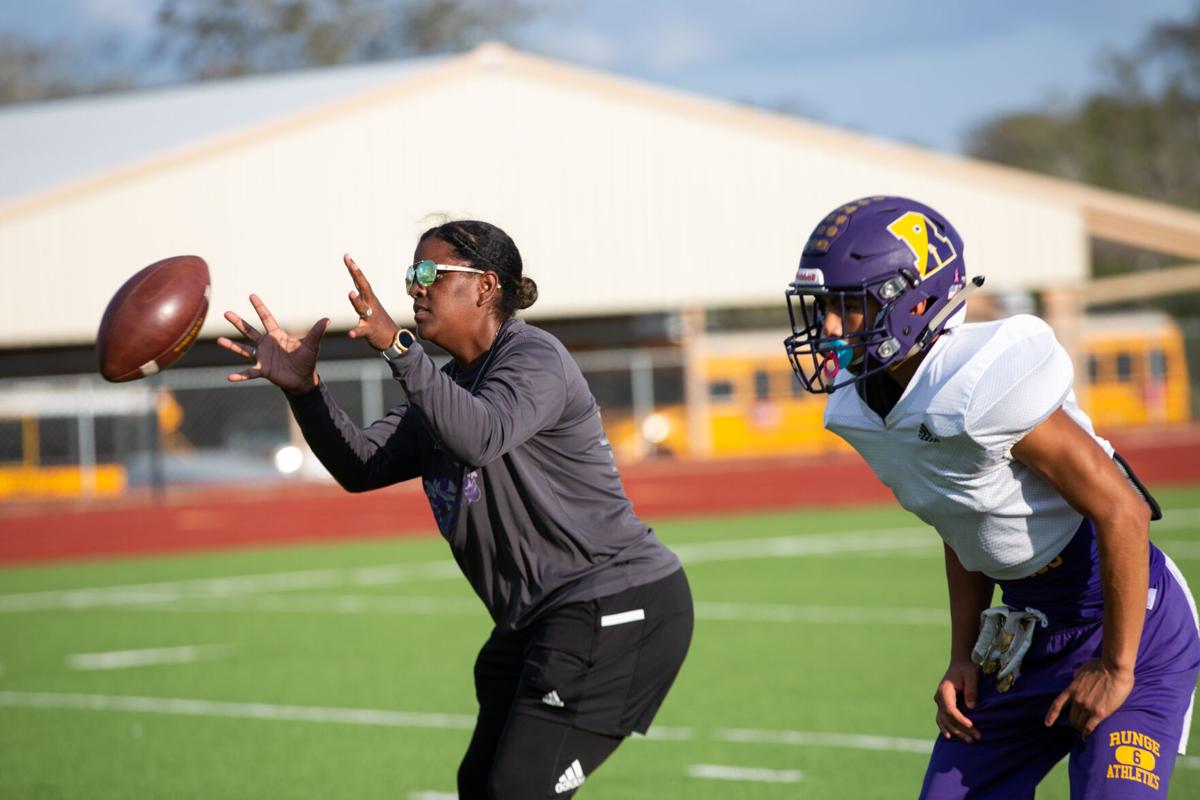 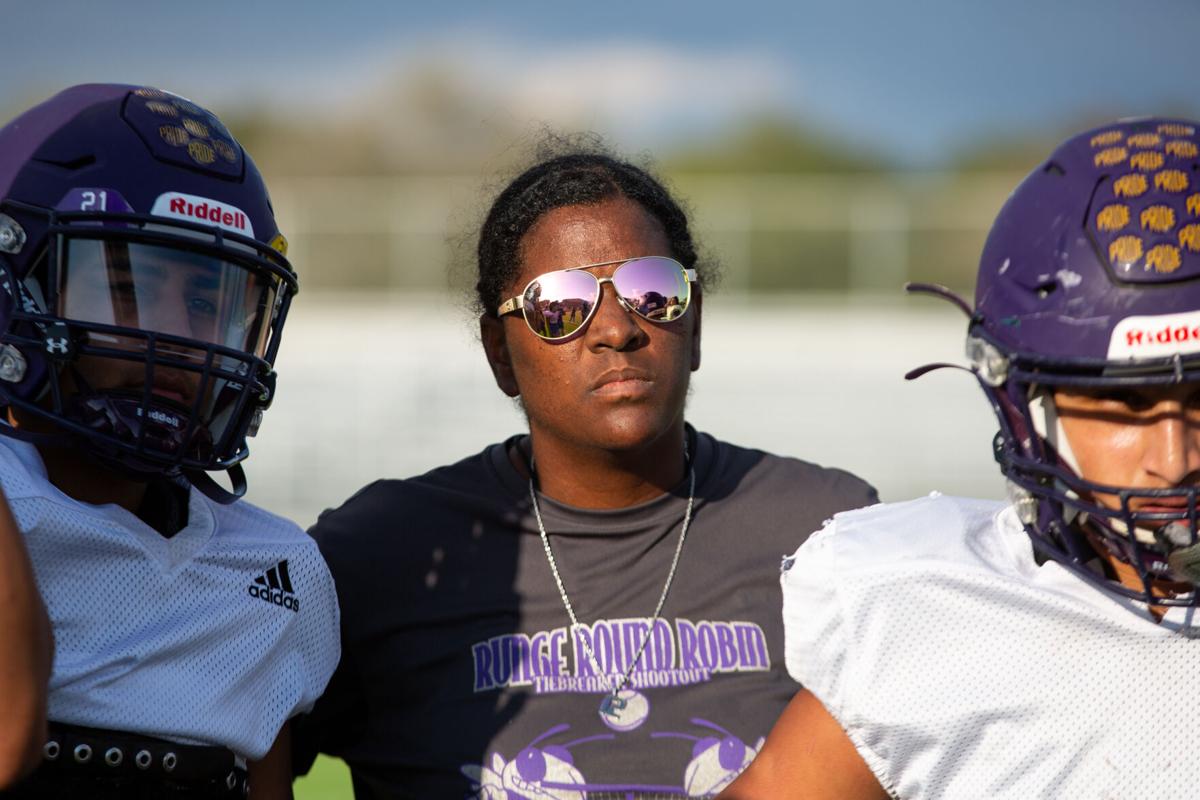 Runge’s assistant football coach Daisy Garcia huddles up with the football players after practice on Monday. 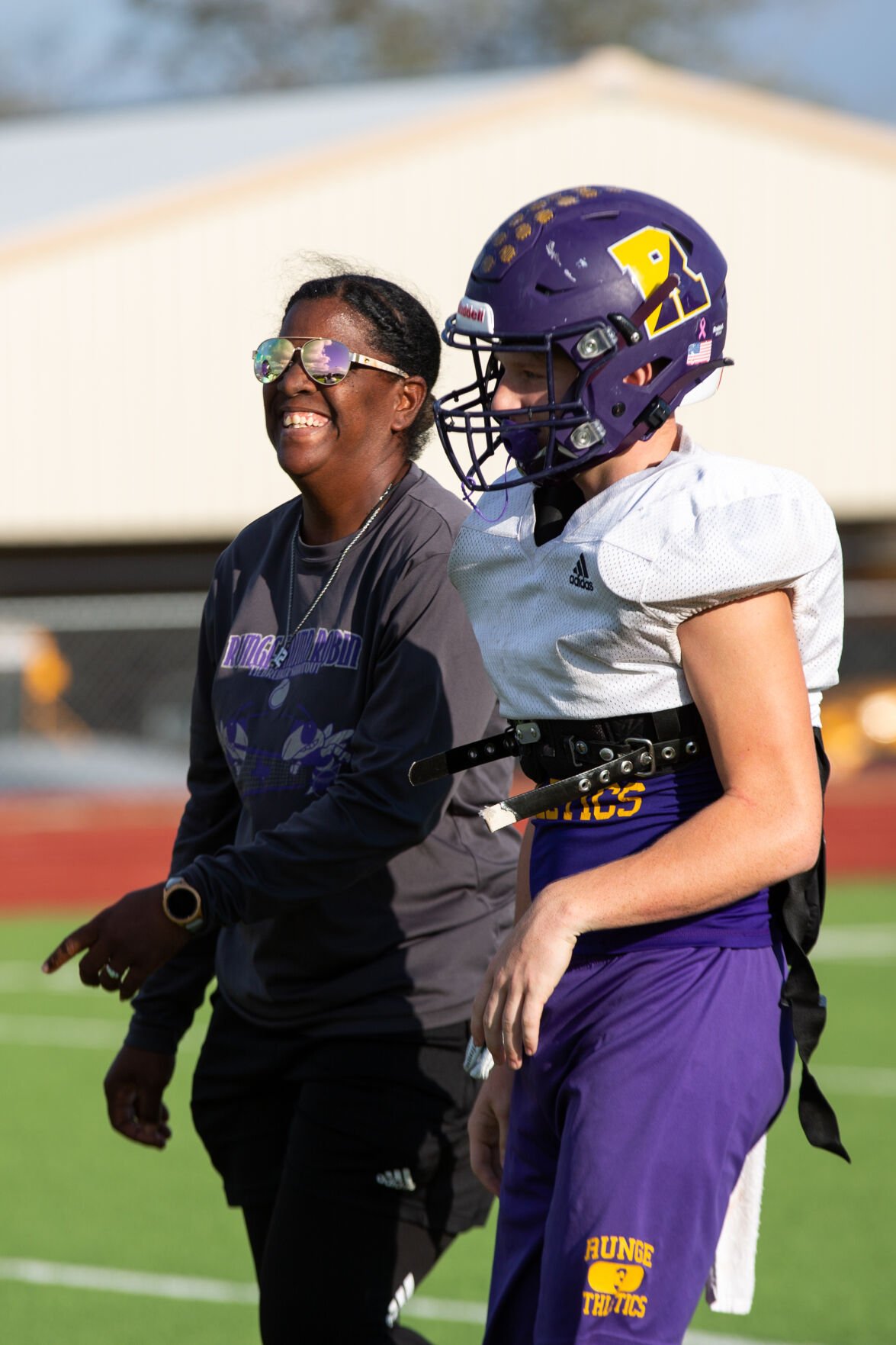 Runge’s assistant football coach Daisy Garcia laughs in between running drills with the football players during practice on Monday. 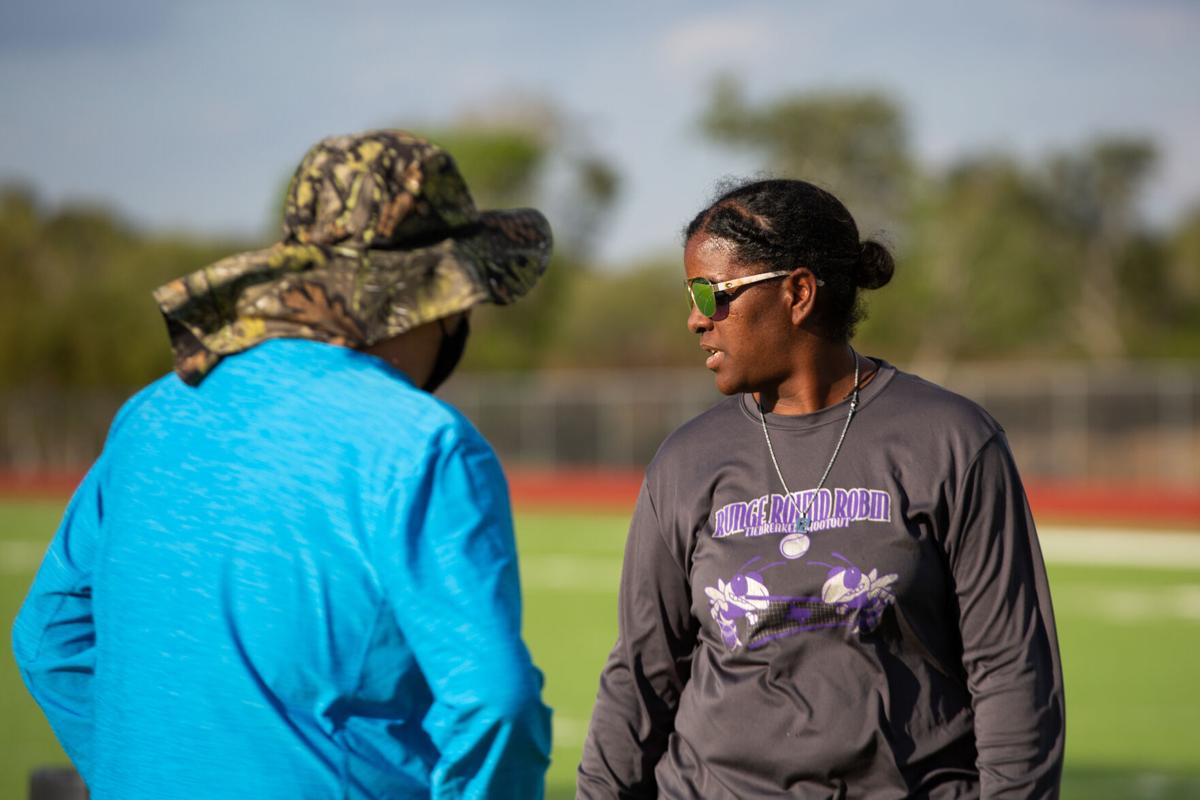 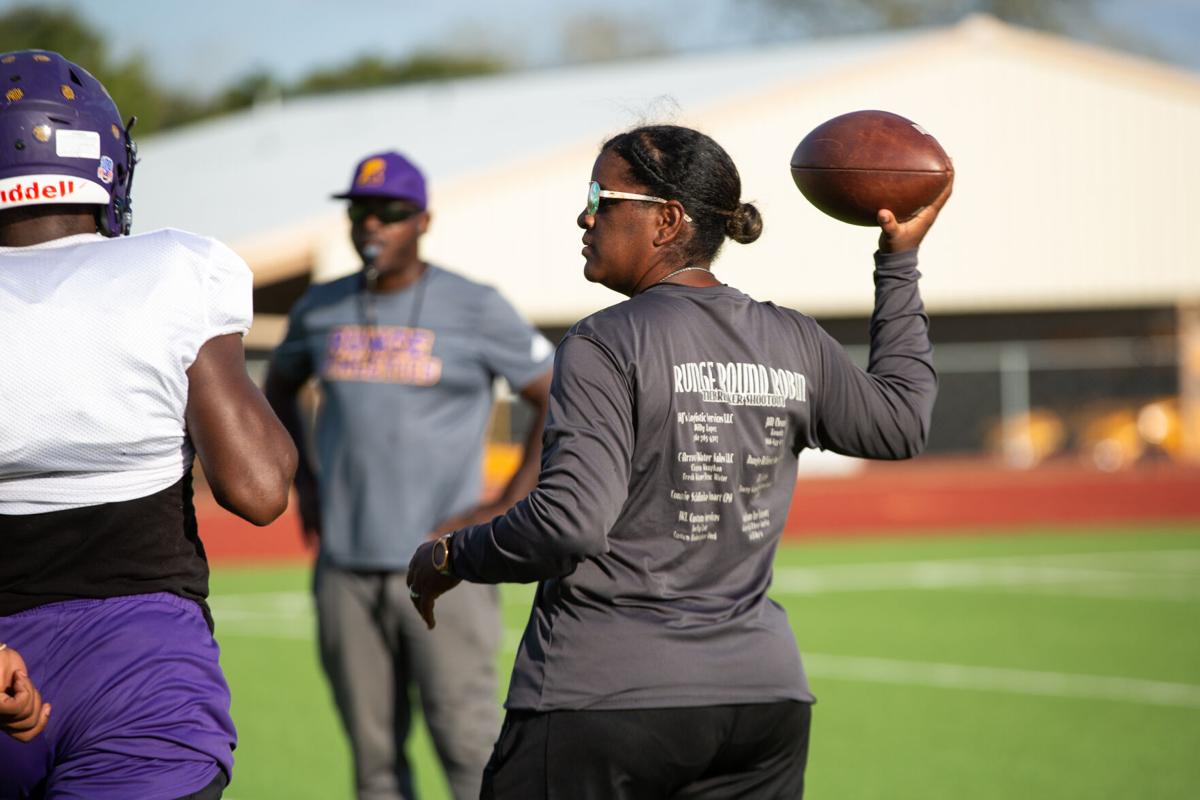 Runge’s assistant football coach Daisy Garcia huddles up with the football players after practice on Monday.

Runge’s assistant football coach Daisy Garcia laughs in between running drills with the football players during practice on Monday.

RUNGE – Daisy Garcia wanted to become a coach since she was setting records in high school at Karnes City.

But her real desire was to coach football.

Garcia became a student of the game, watching from the stands and on television.

“I’m in the stands watching my nephew and I’m like, ‘There’s a slant, that’s a penalty,’” Garcia said, “and everybody’s saying, ‘You should be coaching football.’”

Garcia, 40, has finally gotten her chance as a member of the Runge staff this season.

Daisy Garcia on getting the opportunity to coach football at Runge. pic.twitter.com/1U9jM3tg1u

She coaches running backs and linebackers on the varsity, and is the head coach of the junior high team, which is playing for the first time in five years and recently won its first game in many years, according to residents of the Karnes County town.

Stephen Davis, who was an assistant at Runge before being promoted to head coach this season, was skeptical of adding Garcia to the staff, until her interview.

“It was kind of up in the air,” he said. “They had mentioned it to me a few times and I kind of said, ‘Let’s interview her and see.’ When I interviewed her, I got a good feeling.

“The biggest thing is her prior experience,” he added. “She’s never coached football before but she really fits right in with a bunch of men. She’s willing to learn. When she said she wanted to coach football, you’re not entirely 100 percent on that. A lot of people want to coach football until you have to do it for 50, 60, 70 hours a week and she is.”

The players have taken to Garcia, and appreciate her dedication to them and the game.

“I was really curious how she was going to handle it and how the boys were going to handle it,” said junior Broden Garcia, who is not related to Daisy Garcia. “Since football has started, she has not been disrespected and she has taken every chance she has to learn and to study.”

Garcia, who also coaches girls basketball and softball, made it clear that she wouldn’t tolerate any disrespect.

“You’ve got to be more stern,” she said. “You’ve to show them who’s the boss. And these guys have figured out pretty quick, ‘Hey, she doesn’t play.’ I’ll get in their faces just like the other coaches if I need to.”

Garcia has dealt with very few issues and is thankful to be a part of a team that will take a 6-2 record into Friday’s District 16-2A, Division II game against Yorktown at Yellowjacket Stadium, with second place on the line.

“This has always been a dream for me and I thank Coach Davis and Runge for letting me do this because I know it’s hard having a female around a bunch of boys,” Garcia said. “But I’m more like one of the boys than anything.”