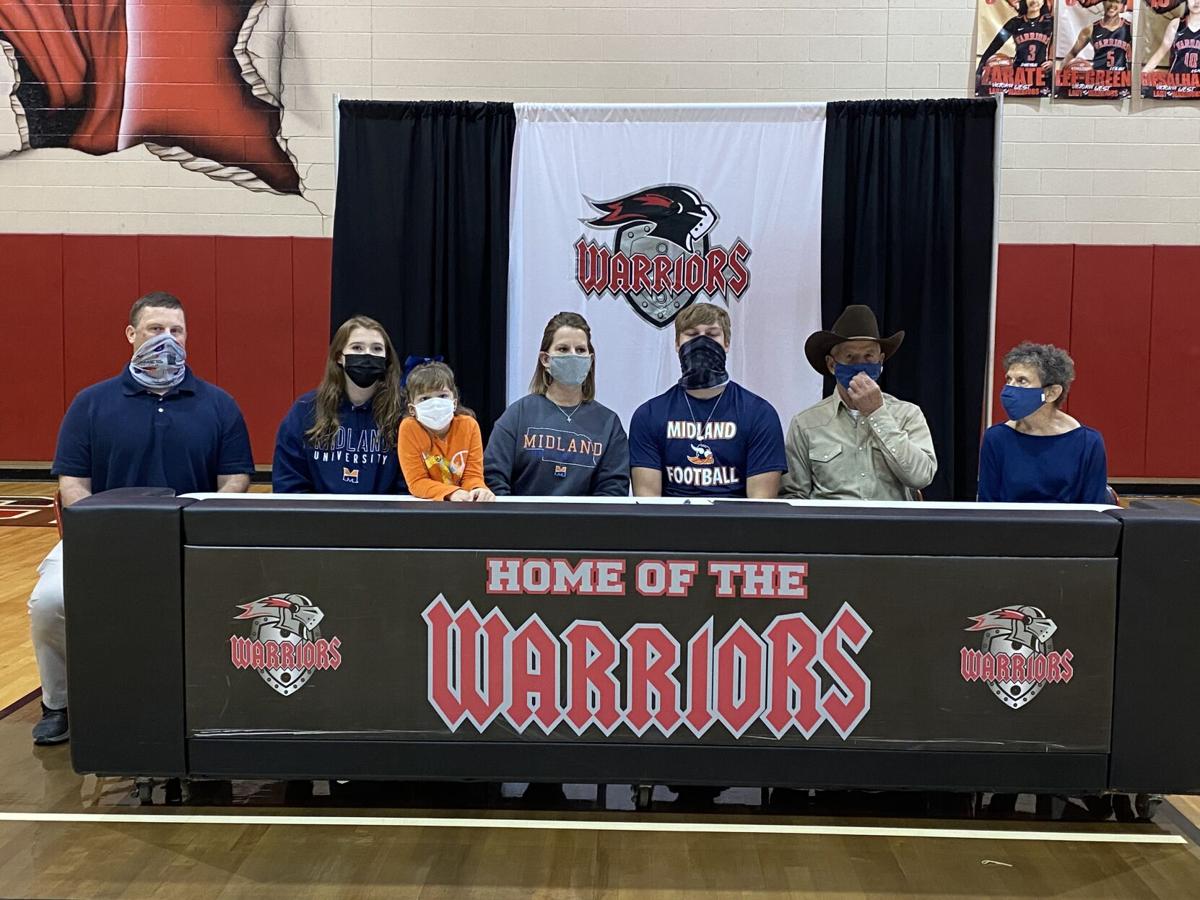 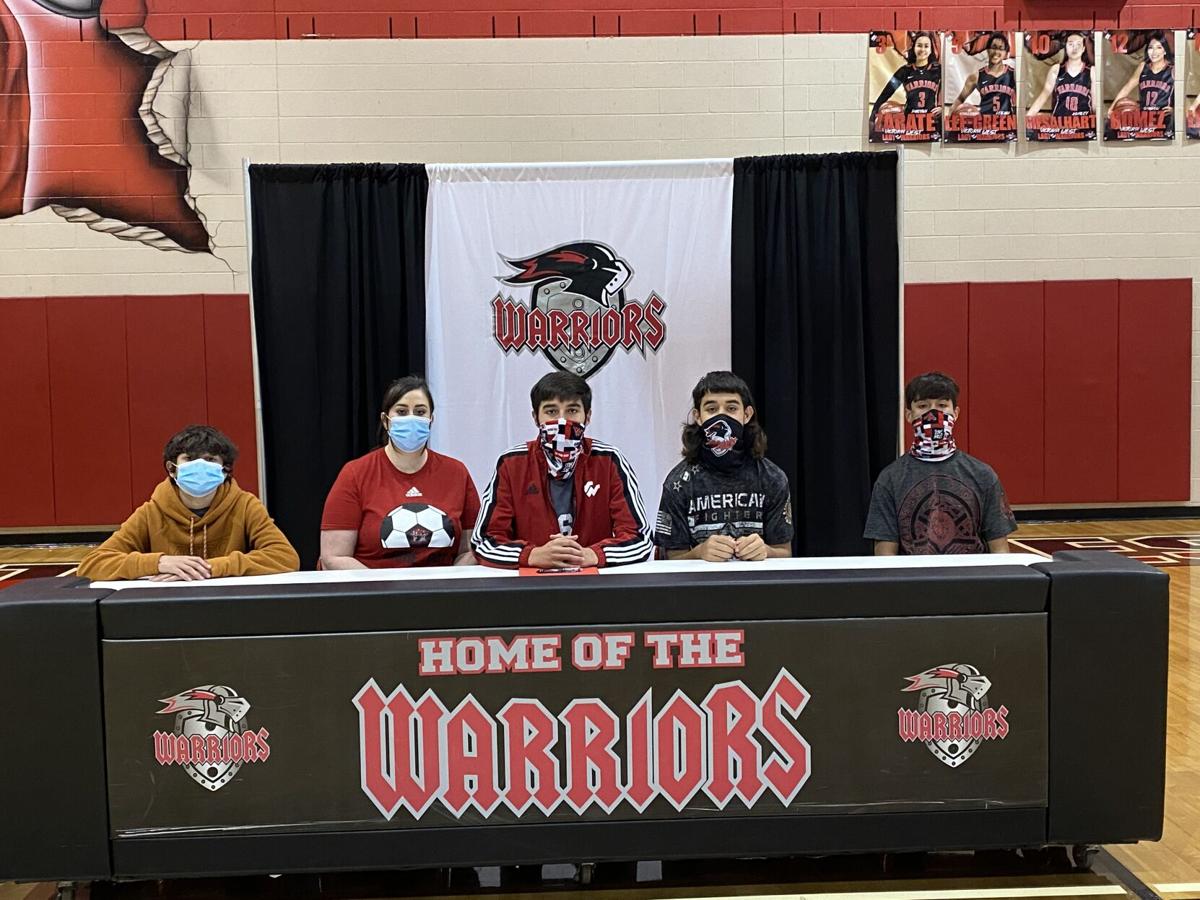 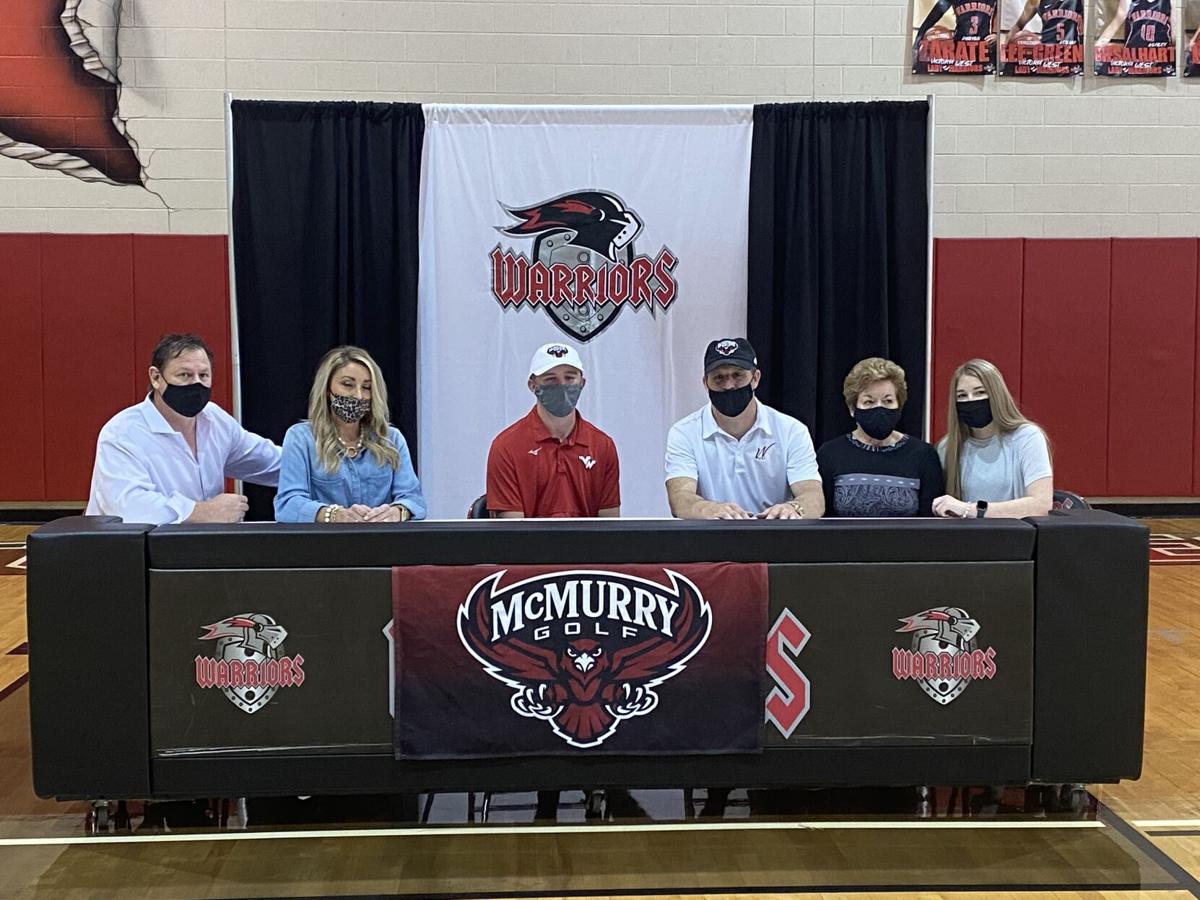 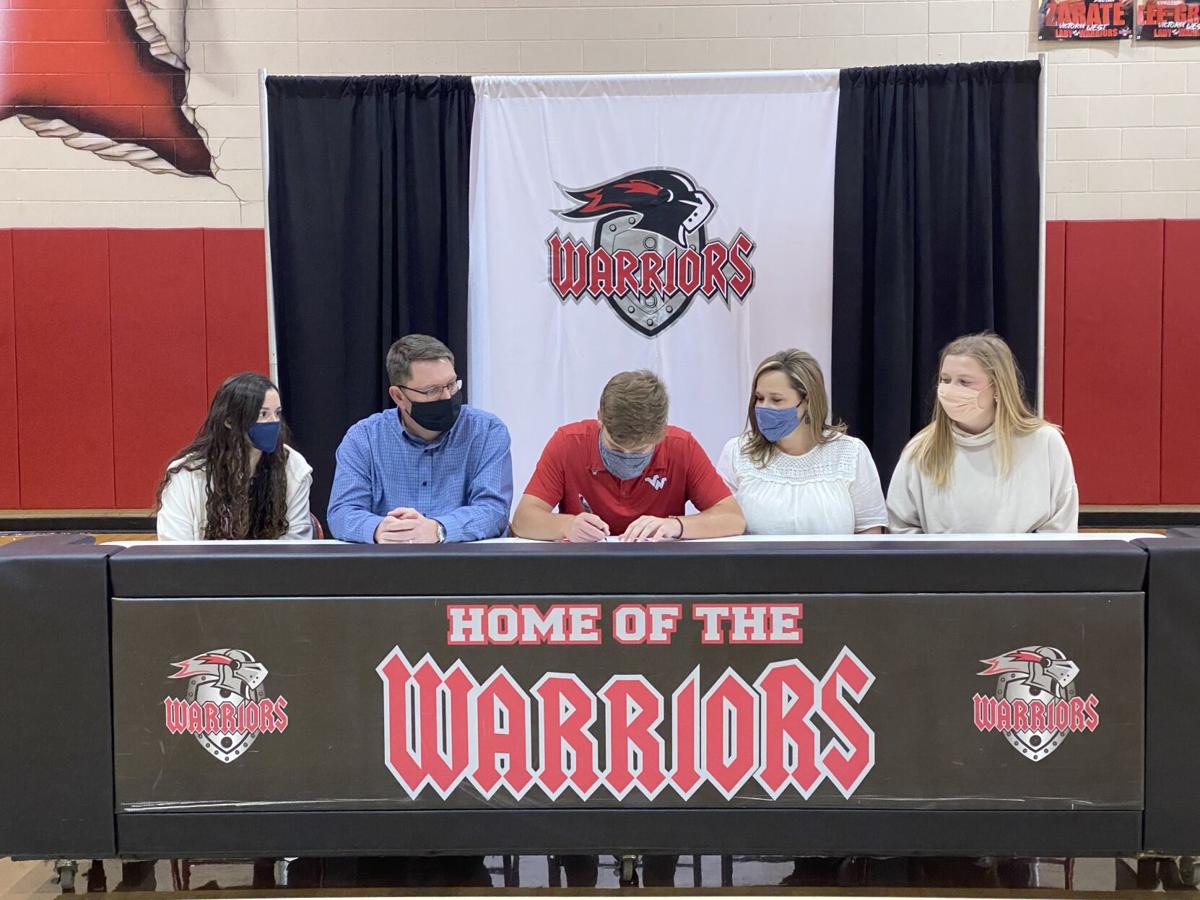 After suffering a torn ACL last year, Colten Matus wondered if he would have a chance to play college football.

The Victoria West senior worked his way back, getting cleared to play towards the end of the district season and now has accomplished a new goal, signing to play at Midland University in Nebraska.

“I had doubts almost the whole time I was coming back,” Matus said. “But I kept pushing, I did physical therapy and I had my own trainer and was working at West and just kept getting better. It got to the point where my coaches told me I really had a chance to play not just this year but in college and that’s when I finally started thinking about it and really got my positive energy back.”

Matus was drawn to Midland University because of the coaching staff.

”I always felt connected when I was talking to them,” Matus said. “What sealed the deal was whenever I went in person and got to see them all face to face to see the family atmosphere. It felt like it does here at West and I knew that was my home and where I needed to be.”

West head coach Courtney Boyce saw Matus battle his way back from injury and knows that his work ethic will make him successful at the next level.

“They’re getting an outstanding guy who is going to represent them with class,” Boyce said. “He cares, he knows what he wants to do with his education and what he wants to get a degree in. He’s really excited and feels wanted and that’s a great thing. I know he’ll reciprocate that through his play and Midland University is just getting a great person.”

Rojas, a four year starter and team captain for the Warriors, was intrigued by the potential playing time he could get at Jacksonville College.

“I wanted to go somewhere where I felt I could develop my skills as a player,” Rojas said. “Jacksonville College I feel like gives me that opportunity. Especially knowing that I’ll be getting that playing time and playing at a higher level. I know it will develop me into a better player.”

West head soccer coach Hazael Avila is proud that Rojas was able to translate his skills on the pitch to becoming a college athlete.

”I think this is exactly what our program is about,” Avila said. “Damian is a great example of the dedication that it takes to play at the next level. He’s been a leader his entire time here and has developed and grown year by year. I don’t know anyone that practices harder or is more willing to learn, and that’s what it takes to get to the next level.”

Klekar is headed to McMurray, he is a 3-year letterman and has won four tournaments so far this year.

Lofland will stay in Victoria as he will play for the Jaguars next year.

“The only thing I’m worried about is just to keep getting better,” Lofland said. “I just want to keep playing well, progressing and see where that can take me.”