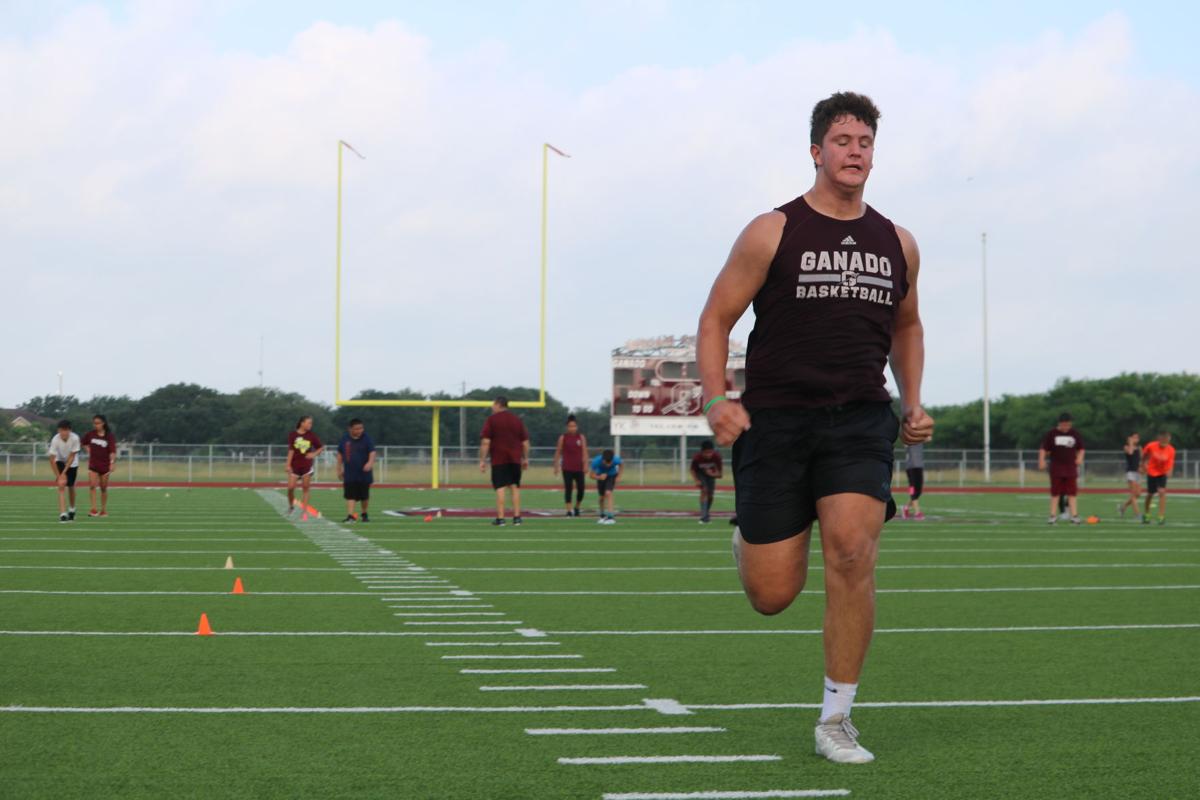 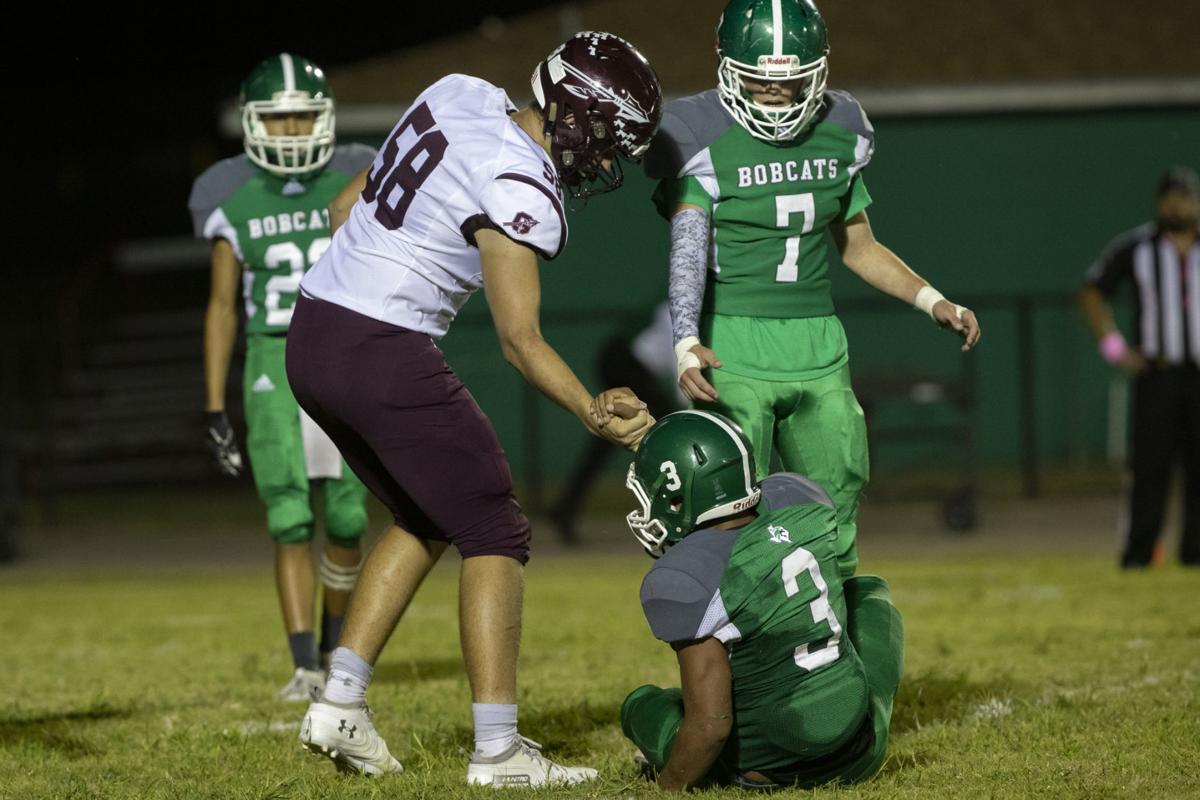 GANADO – Larson Workman was in eighth grade when he told his father he wanted to play college football.

Sean Workman counseled his son on how to make it a reality.

“He told me that someone’s got to do it why can’t it be you,” Larson Workman recalled. “That kind of stuck with me. I love football. I would come up here and get extra work at 6 in the morning. I’d be the only high school kid with junior high kids. I really love football, I like working hard and it paid off.”

Workman became an all-state offensive lineman last season, while helping to lead Ganado to the Class 3A, Division II quarterfinals.

Workman will begin his senior season Monday after announcing his commitment to play at Kansas.

Kansas was one of a number of offers he has received.

Workman attributed his commitment to the Jayhawks to his faith in head coach Les Miles, and the relationship he developed with offensive line coach Luke Meadows.

“I want to be part of the special thing that turns around Kansas,” Workman said. “I also have a really good relationship with coach Meadows and I feel like he will provide me with everything I need to be successful.”

“A lot of the decision came from coach Meadows because of the way he interacted with me and the way he presents himself,” he added. “He has the kind of coaching style I like. He has a lot of energy but he’s not too energetic, and he knows how to get to work and I like that.”

Workman played on the defensive line when Ganado coach Brent Bennett arrived during the spring of his freshman year.

But the 6-foot-5 Workman has grown from 181 pounds to 265 pounds and has become the anchor of the Ganado offensive line.

“He’s not content with where he’s at,” Bennett said. “He’s still got a long ways to go. But he works. He works his tail off and that’s kind of what’s given him the opportunity to play on the next level.”

Players are not currently allowed to make recruiting visits because of the COVID-19 pandemic.

But Workman and his family traveled to Lawrence to visit the campus on their own without speaking to the coaches and he came back impressed.

“We never had a problem with me going out of state,” Workman said. “As long as I’m happy and where I’m supposed to be it doesn’t matter where I am.”

Workman plans to graduate in December and enroll at Kansas early, but at the moment his focus is on the upcoming season.

“As a team we’ve been looking good,” Workman said. “Everyone just looks better. We’ve all had another year to grow and to get stronger and faster. Everyone is molding into their position we just look very good in my opinion.”