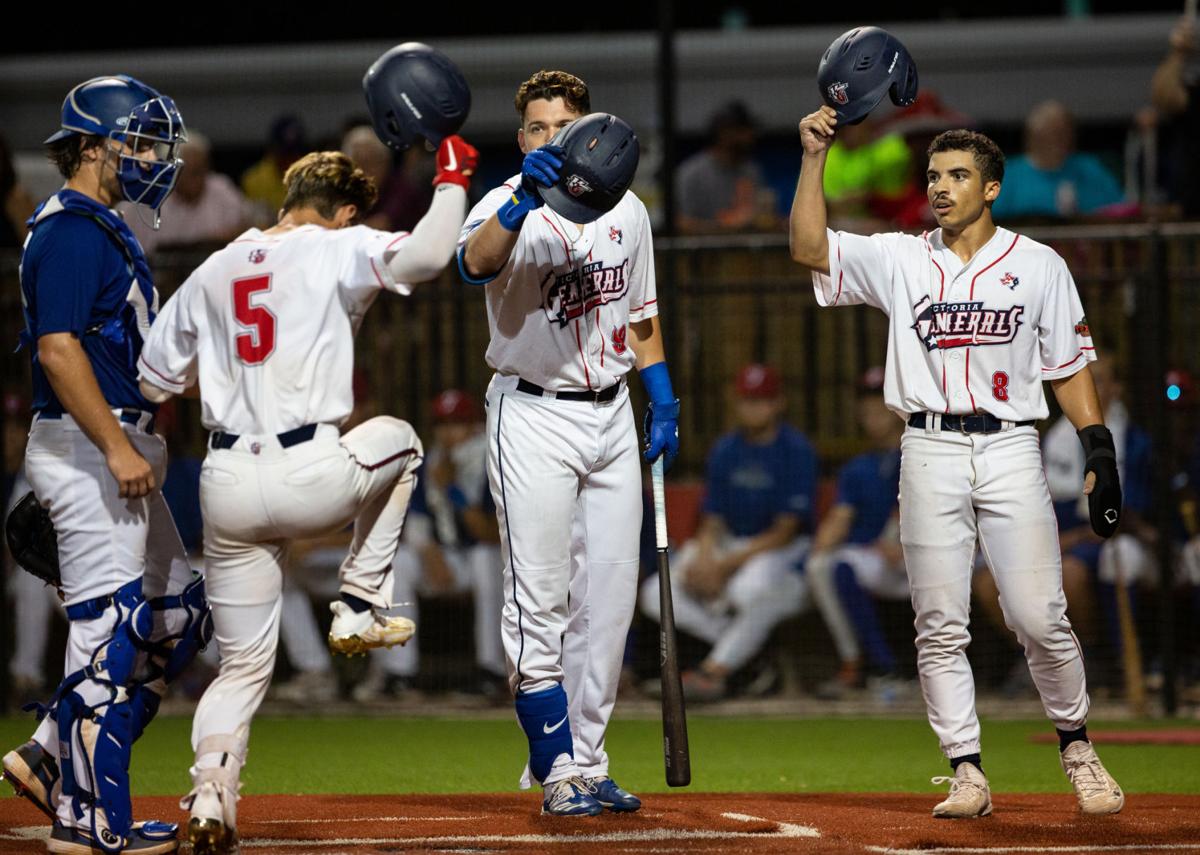 Players wait at home plate to congratulate Victoria General’s Bryce Grizzaffi after he hit a home run during the game against the Tulsa Drillers on Friday at Riverside Park. 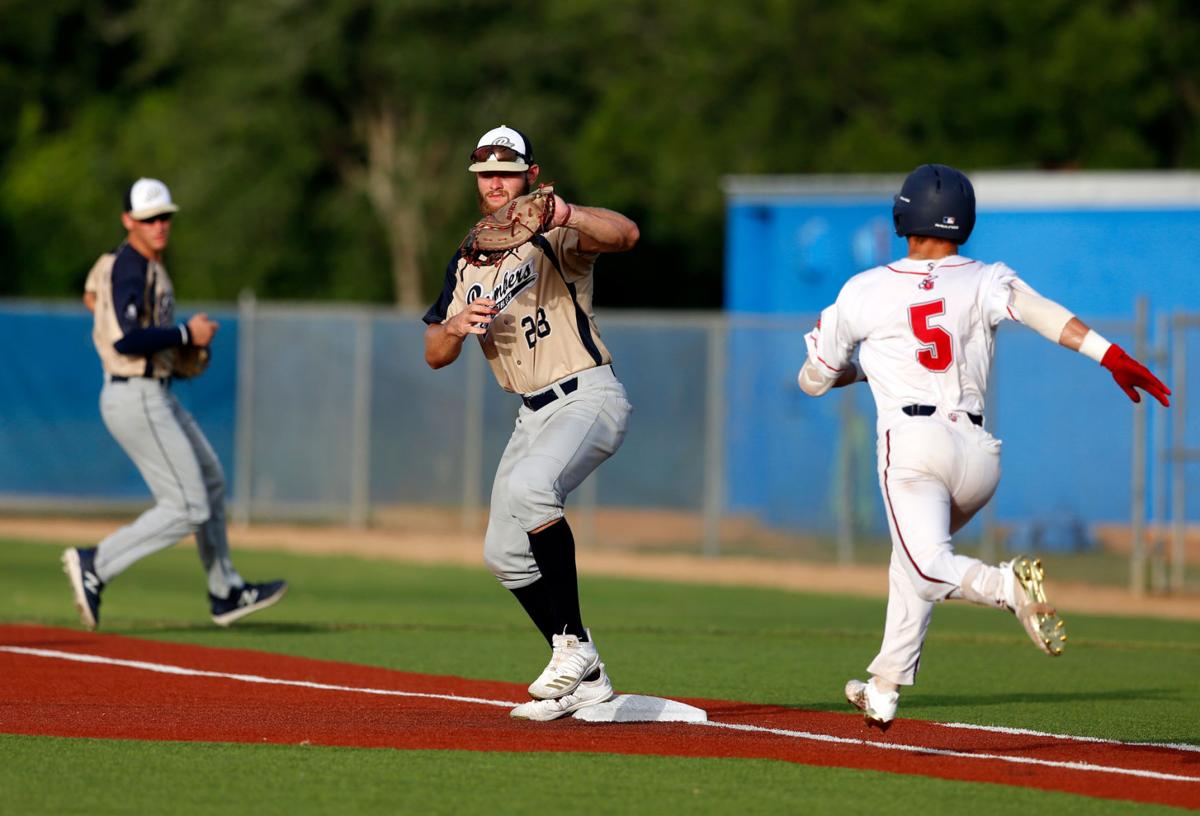 Victoria General’s Bryce Grizzaffi attempts to run to first base during the game against the Brazos Valley Bombers on Friday, June 3 at Riverside Park.

Players wait at home plate to congratulate Victoria General’s Bryce Grizzaffi after he hit a home run during the game against the Tulsa Drillers on Friday at Riverside Park.

Victoria General’s Bryce Grizzaffi attempts to run to first base during the game against the Brazos Valley Bombers on Friday, June 3 at Riverside Park.

Bryce Grizzaffi’s first home run of the Texas Collegiate League season helped the Victoria Generals to a series win over the Tulsa Drillers.

“I’m not that much of a home run hitter,” he said. “It was a good pitch to swing at. It was right there in my wheelhouse so I just brought the barrel to the ball and pieced one up.”

Hitting the long ball is one of the few skills Grizzaffi hasn’t showcased since coming to the Generals after his freshman season at Southeastern Louisiana was cut short by the COVID-19 virus.

“Whenever we recruited him as a utility guy, he said, ‘I play catcher, center and short.’ That really covers everything,” said Generals head coach Michael Oros. “We’ve played him at third, we’ve played him at center, and he’s got some opportunities at second. He can really play anywhere.”

Catcher is Grizzaffi’s true position, which comes as somewhat of a surprise for such an athletic player.

“I like to bring the athletic standpoint to the catcher’s position,” he said. “I’ve been catching ever since I was little. I guess I had a pretty good arm and they put me behind there. That’s what’s good about being the utility player. You can play wherever you want.”

Grizzaffi started at shortstop when the Generals opened a three-game series against the San Antonio Flying Chanclas on Tuesday night at Riverside Stadium.

“It really doesn’t matter,” Grizzaffi said. “Wherever coach needs me, I’ll play and I’ll play to the best of my ability.”

His versatility allows Oros to adjust the lineup to get players on a hot streak into the game.

“When he gets on the bases, he can make things work pretty well,” Oros said. “When you’re trying to mix in guys and get people in the game, it really helps to have those options and it really makes it easy to put him in the lineup.”

Grizzaffi had only three at-bats before his freshman season was halted by the virus. He was thankful to get the opportunity to play this summer.

“The main thing is seeing live pitching as much as I can and all the pitching I can see,” Grizzaffi said. “They have good guys and good arms in this league, and I’m just getting as many ABs as possible.”

His consistency at the plate and in the field has impressed Oros.

“He’s a true freshman playing at a pretty good D-I school,” Oros said. “As a freshman anywhere, it’s hard to crack the lineup. Just to see him get some action and not only that, he got some action on the mound and we’ve used him pitching some here. It says a lot about him.”

Grizzaffi has no idea what’s in store when he returns to school, and hopes to extend the summer as long as possible.

“I think we’re going to take the momentum from the Tulsa series,” he said. “I think the key is to limit the walks and the bonehead plays, and I think we’ll be all right.”

The Generals (5-8) got four shutout innings from starter Marco Beceril, who had five strikeouts.

But the Chanclas (8-4) scored a run on an RBI single by Jordan Thompson in the fifth inning, and added a run on a triple by Kyte McDonald and a single by Lee Thomas in the seventh.

The Generals only run came in the eighth when Reese Johnson was hit by a pitch, stole second base and scored on a single by Josh Elvir.

The teams continue the series at 7:05 p.m. Wednesday at Riverside Stadium