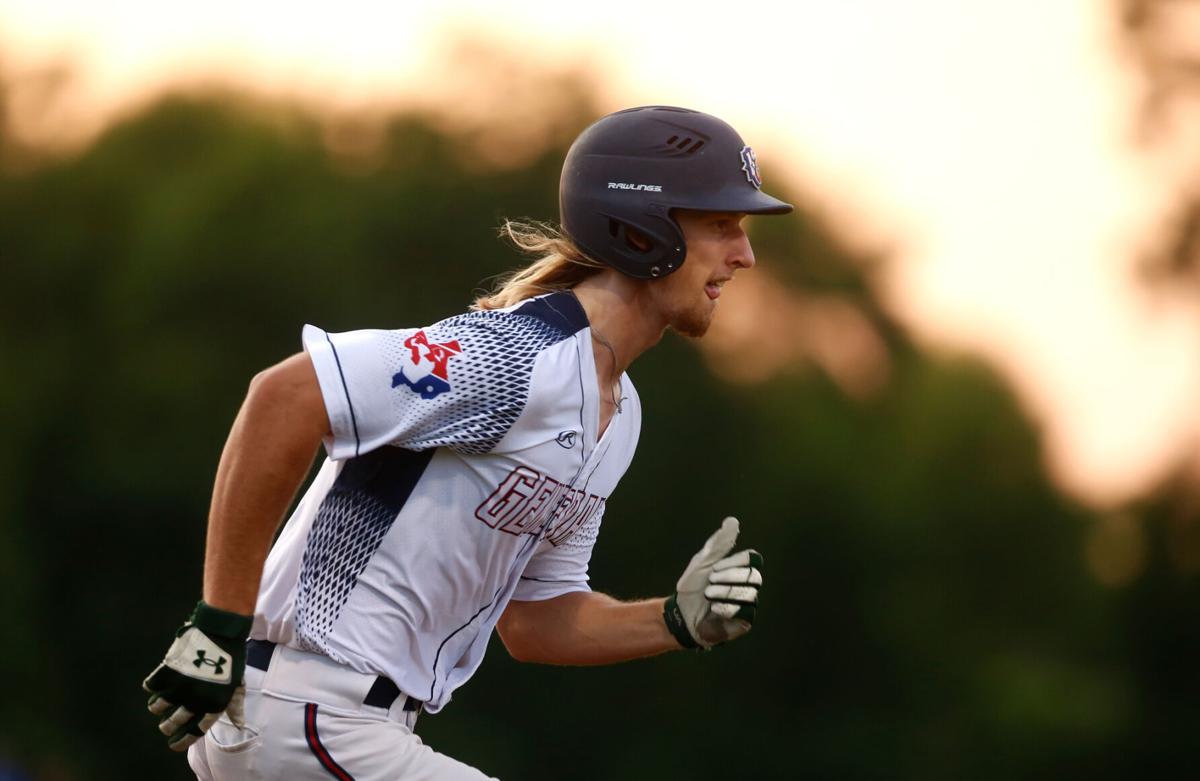 Victoria Generals’ Hayden Johnson runs to first base during a game against the Baton Rouge Rougarou at Riverside Stadium. 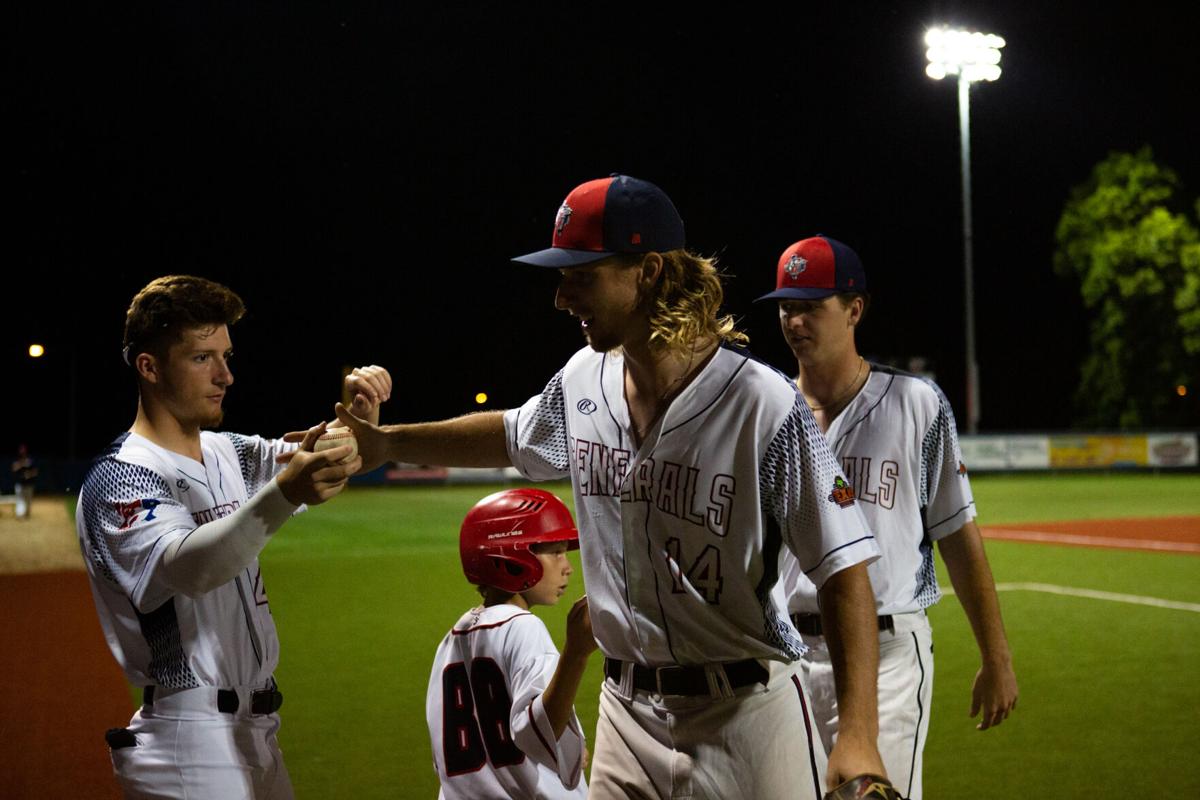 The Victoria Generals’ Hayden Johnson high-fives his teammates as he runs toward the dugout during a game against the Brazos Valley Bombers at Riverside Stadium.

Victoria Generals’ Hayden Johnson runs to first base during a game against the Baton Rouge Rougarou at Riverside Stadium.

The Victoria Generals’ Hayden Johnson high-fives his teammates as he runs toward the dugout during a game against the Brazos Valley Bombers at Riverside Stadium.

The running theme throughout Hayden Johnson’s career is that he loves traveling around Texas.

Traveling around the state and playing baseball has been Johnson’s passion since he was 9 years old.

It’s a passion that’s taken him from his hometown of Conroe to playing with the Victoria Generals in summer ball.

At 9, he made the jump to tournament ball and truly fell in love with the sport.

“I just ate it up, loved it,” Johnson said. “Loved traveling around Texas, playing in all these different places, and I think that’s when I knew I wanted to keep playing as long as I could.”

Johnson played 10 games for the Dragons in 2021, hitting .316 and slugging .579. It was through Paris JC that he learned about the Generals.

“A lot of previous guys from my junior college come down to play here,” Johnson said. “So my coach set me up, and I heard I was staying in Texas, so I was really excited to come down here and keep playing in the summer in Texas.”

The Texas Collegiate League has matched Johnson’s roadie lifestyle as the Generals have traveled to San Antonio, Amarillo, Bryan, Baton Rouge and Youngsville for their games.

Johnson has played in 22 games for the Generals, hitting .250 with four home runs and 10 RBIs.

Johnson said he’s been working on seeing opposing pitches better as well as adjusting to faster pitching and sharper breaking balls to improve his game in the future.

“The good news for us and our league is we play every day,” said Generals head coach Michael Oros. “In their junior college seasons they play on a Wednesday or a maybe a doubleheader Saturday and then you’ve got three days to think about it. Here, if you have a bad day, tomorrow you’ve got to come out and do it again.”

But it was during his time with the Generals that Johnson was contacted by Sam Houston State. The Bearkats had a spot for him this upcoming season, and Johnson jumped at the opportunity to play Division I baseball.

“100%,” Johnson said. “It’s been a dream of mine since I started high school ball. To go to a school 30 minutes from my hometown is amazing.”

Johnson is still working to improve his game during his time with the Generals.

The TCL playoffs start Aug. 2, and the Generals have already wrapped up the No. 2 seed.

But come spring, Johnson is ready to get to work with the Bearkats.

“Hoping to be a starter,” Johnson said. “Always want to play, always want to be a team player and just fit into whatever role I get.”