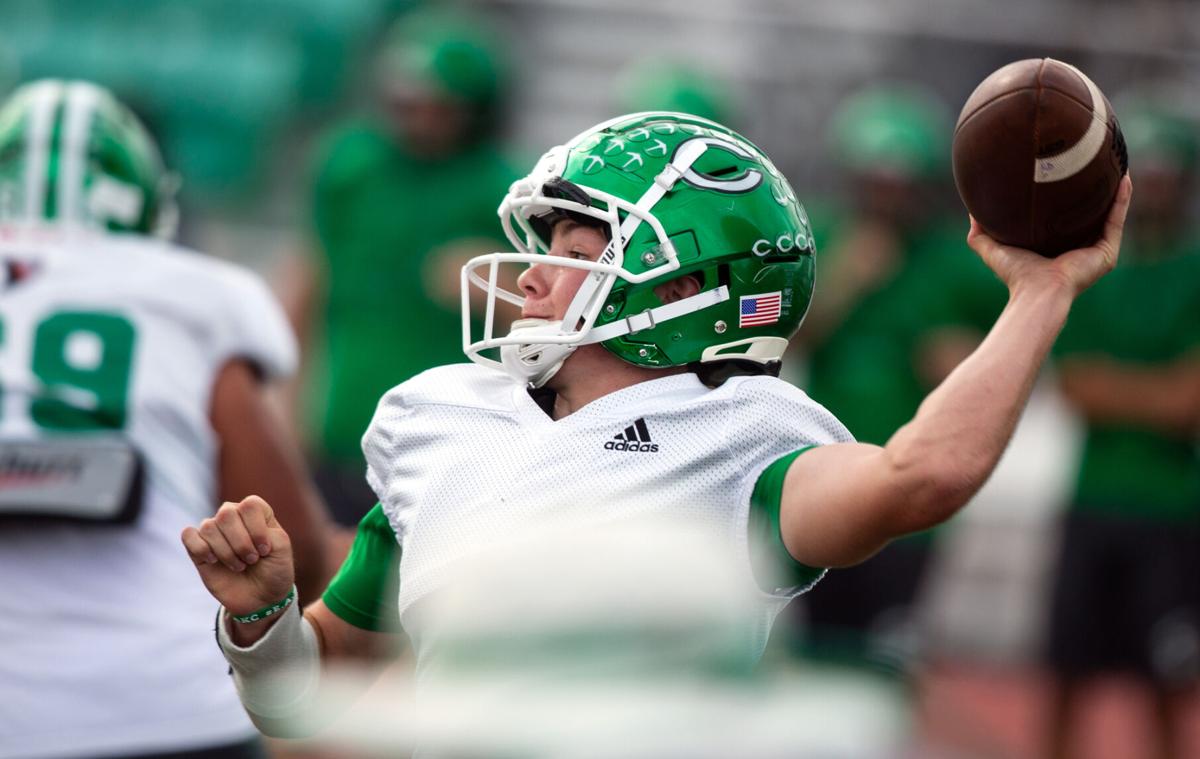 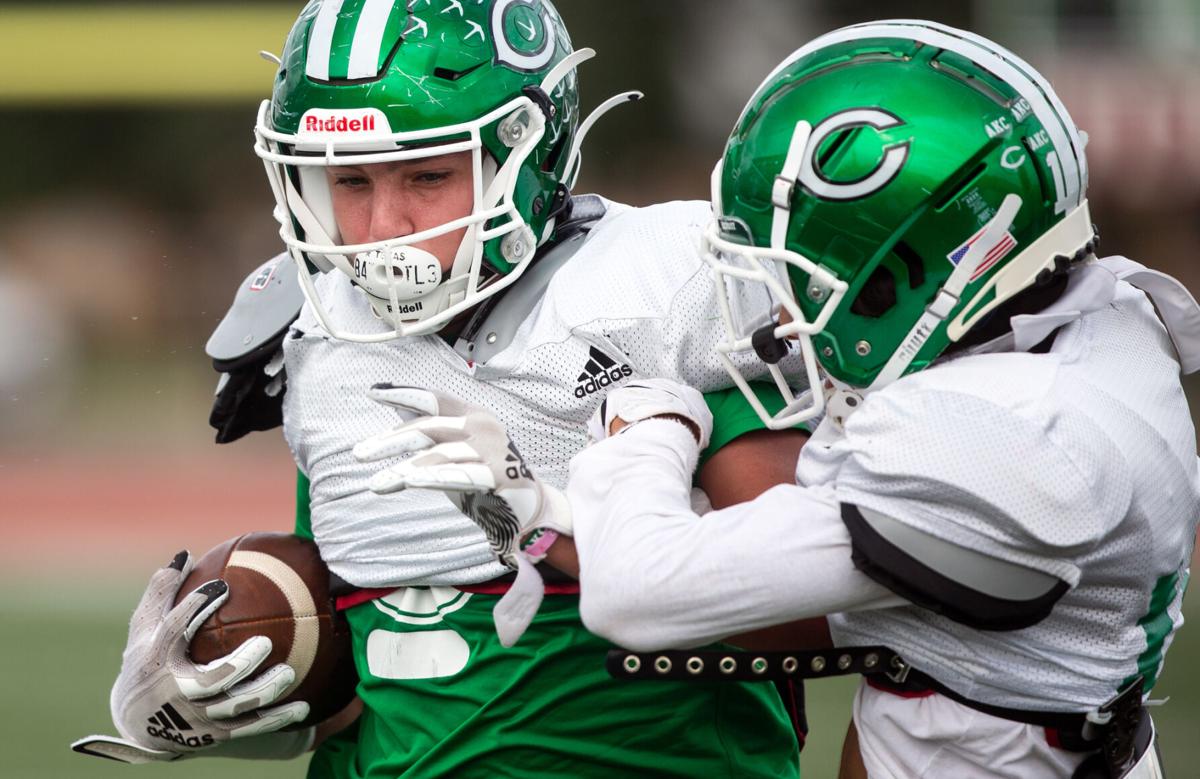 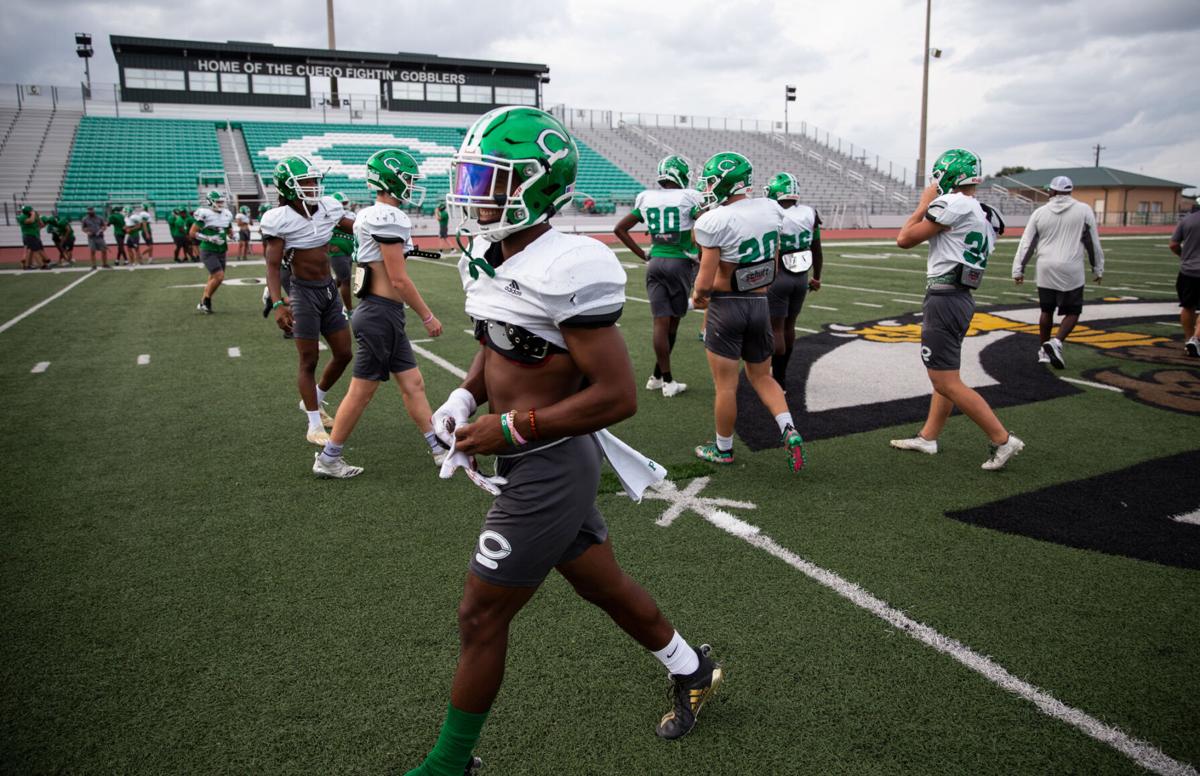 CUERO — Cuero’s fate in the playoffs will be largely determined by how it finishes in District 13-4A, Division II, and how it performs on the road.

Cuero coach Jack Alvarez made sure the Gobblers were aware of what was at stake as they prepared for last week’s district opener at La Grange.

“I told them, ‘You guys want to win playoff games. We’re not going to win every flip to play them at home,’” Alvarez said. “Good playoff teams win on the road. So far, we’ve won a couple on the road. We have good confidence overall right now. Hopefully, we’ll keep improving that record.”

“I think it’s hard work and dedication,” said junior Donavin Jones. “We didn’t like losing all the time. We worked harder during the summer. Everybody showed up and we just locked in more.”

Cuero improved to 5-1 with the win over La Grange and remained at No. 9 at the state poll.

But more importantly, it was Cuero’s first district road win since 2018.

“I think it’s our confidence,” said senior LeBron Johnson. “We all know the system and we all know the plays and we’ve been getting everything right. We need to keep practicing hard and execute when it’s game day.”

Alvarez was concerned about how the Gobblers would play against La Grange coming off a bye week.

“I’ve never been through a great off week,” he said. “I hate calling it off because you’re still practicing and working. Usually no matter how good of a team you are, there is going to be some rust when you’re not playing week to week. We came out pretty hot and I was excited about it.”

Two of La Grange’s touchdowns came on big plays. But the Gobblers continued to perform well on defense when the Leopards got inside the 20-yard line.

“I think we’re just relentless on the defensive line,” Jones said. “The defensive line pushes, the linebackers work as hard as they can, the safeties come down and the corners work hard and so does everybody. We just try to keep people out of the end zone as much as possible.”

Cuero improved its road record to 2-1 — the Gobblers’ lone road loss was a two-point setback against No. 8 Navarro — with district road games at Navasota and Gonzales remaining.

But at the moment, Cuero is focused on Friday’s game at Gobbler Stadium against Giddings, which opened district play with a win at Gonzales.

“I think we can go pretty far,” Jones said. “Everybody is a great all-around athlete. We work hard every day, we push each other in practice and compete all the time. We just need to work as hard as we can and don’t let up on anybody.”