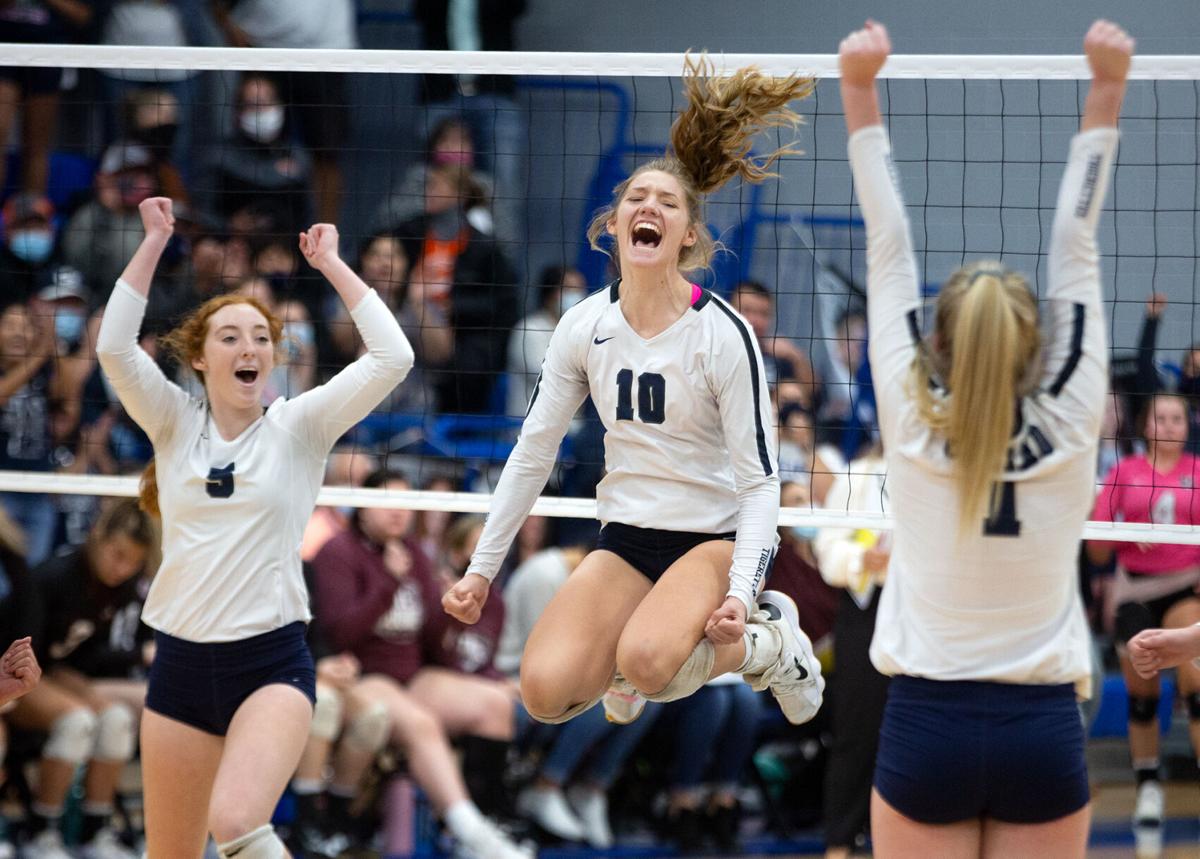 Goliad’s Abby Yanta jumps up in the air with joy as the Tigerettes takes the fourth set during Tuesday’s Class 3A state semifinal game against East Bernard at Yoakum High School. Goliad won 3-1. 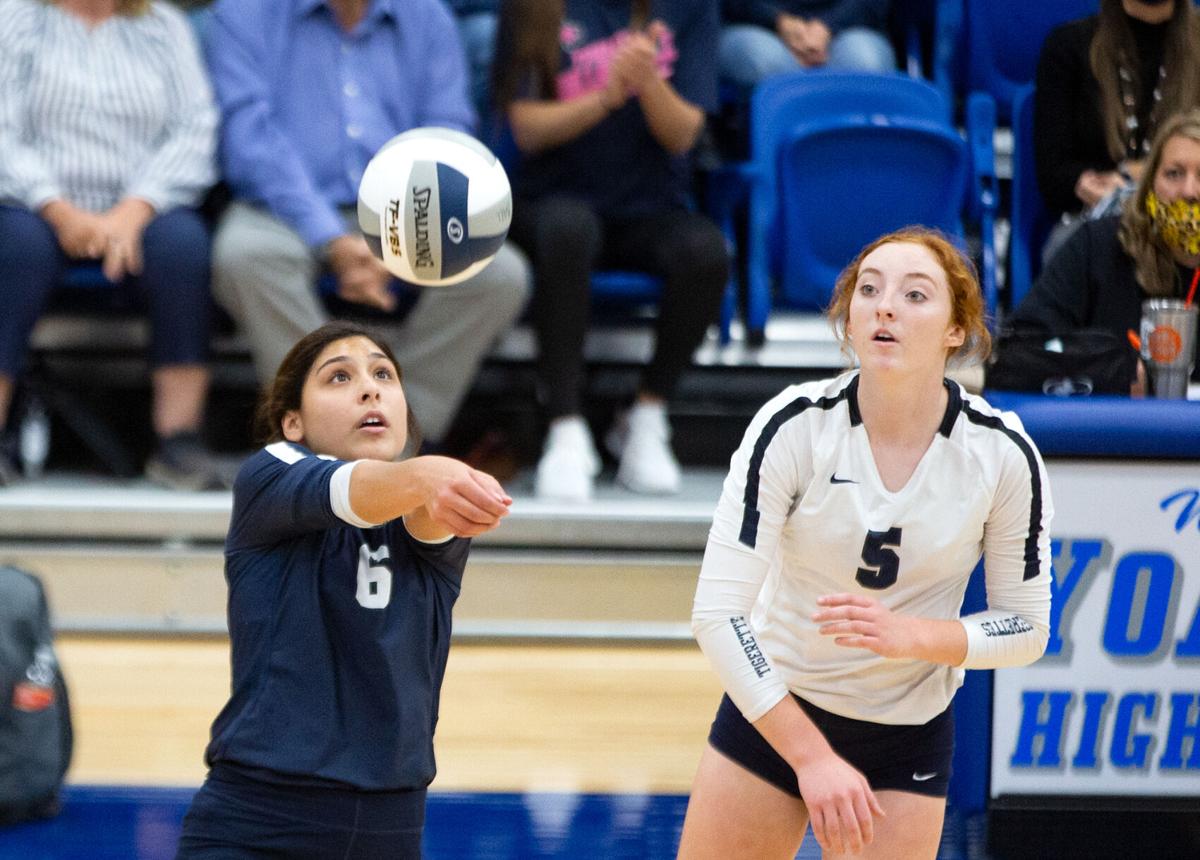 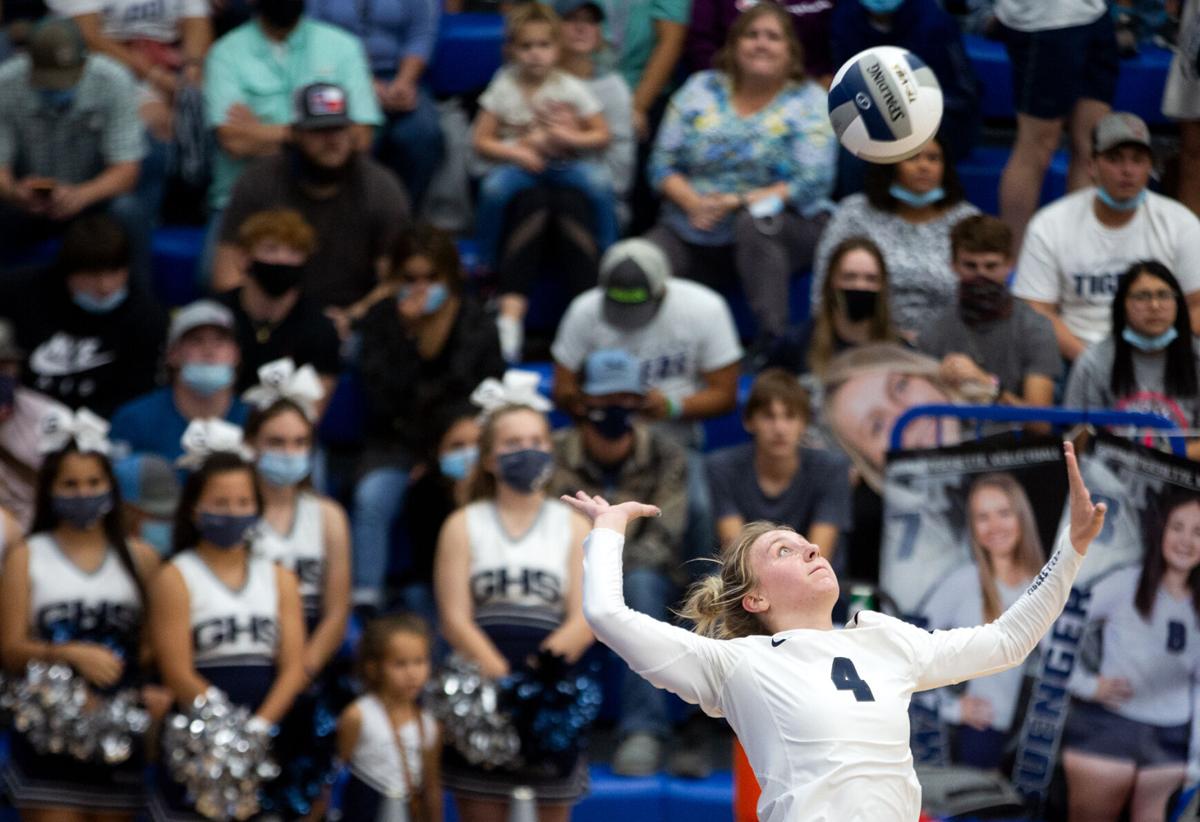 Goliad’s Abby Yanta jumps up in the air with joy as the Tigerettes takes the fourth set during Tuesday’s Class 3A state semifinal game against East Bernard at Yoakum High School. Goliad won 3-1.

GOLIAD — A state championship has been the only goal this season for Julia Morris.

After two straight seasons ending in the regional final, she and her Goliad teammates had a singular focus.

“We’ve been so committed this year,” Morris said. “Our defense and our serve receive has gotten a lot better over the year and we’ve been determined all year to get back. We weren’t going to settle with losing in the regional final again.”

Now, the Tigerettes are just one step away from making Morris’ goal a reality, after downing East Bernard in four sets in the Class 3A state semifinal Tuesday at the Yoakum gym.

“It feels amazing,” Morris said. “Finally being able to get over that hump at regionals after the past two years, it just feels so good and getting to the final. It’s just everything that I’ve ever wanted.”

East Bernard dominated the first set, but Goliad (29-3) found its footing in the second.

The Tigerettes and Brahmarettes went back and forth. Goliad seemingly pulled away, scoring six straight points late in the set but East Bernard came back to pull within 24-23 before the Tigerettes sealed the set.

“I could almost have predicted the way we came out because our warmup was a little slow,” said Goliad head coach Jess Odem. “It’s a very long season and I’ve told them numerous times, ‘only the strong survive.’

“It’s all mental and any other team I feel would have been down the next three game after that first set, but this team has more heart and is so mentally strong that I knew that we wouldn’t go down that easy.”

East Bernard (25-5) fought back in both the third and fourth sets as well, but the Tigerettes held on to secure a trip to the state final.

It will be the Goliad’s fifth trip to the state tournament and the first since 2017, when the Tigerettes won their second state championship.

“It feels great,” said senior setter Mollee Henicke. “I’m so proud that all this hard work we’ve put into this has paid off. I’m so proud that we’ve gotten this far and more determined than ever.”

The Tigerettes came into the semifinal ranked No. 1 in the state by the Texas Girls Coaches Association after beating former No. 1 Ingram Moore in the regional semifinals and Poth in the regional final.

“This group is just special,” Henicke said. “Everybody has worked so hard and we’ve been together as a team all season. We finally are where we need to be.”

But the Tigerettes aren’t satisfied with what they’ve accomplished, and want to bring home a championship Saturday at 4 p.m. at the Culwell Center in Garland when they face Bushland (27-2) in the Class 3A final.

Bushland, which made the state tournament last season before losing to Industrial in the semifinals, beat Gunter in three sets to one to advance to the final.

“I am looking forward to it so much,” Henicke said. “We are going to go in with such a strong mindset and give it everything. Everyone here wants to take home another ring.”