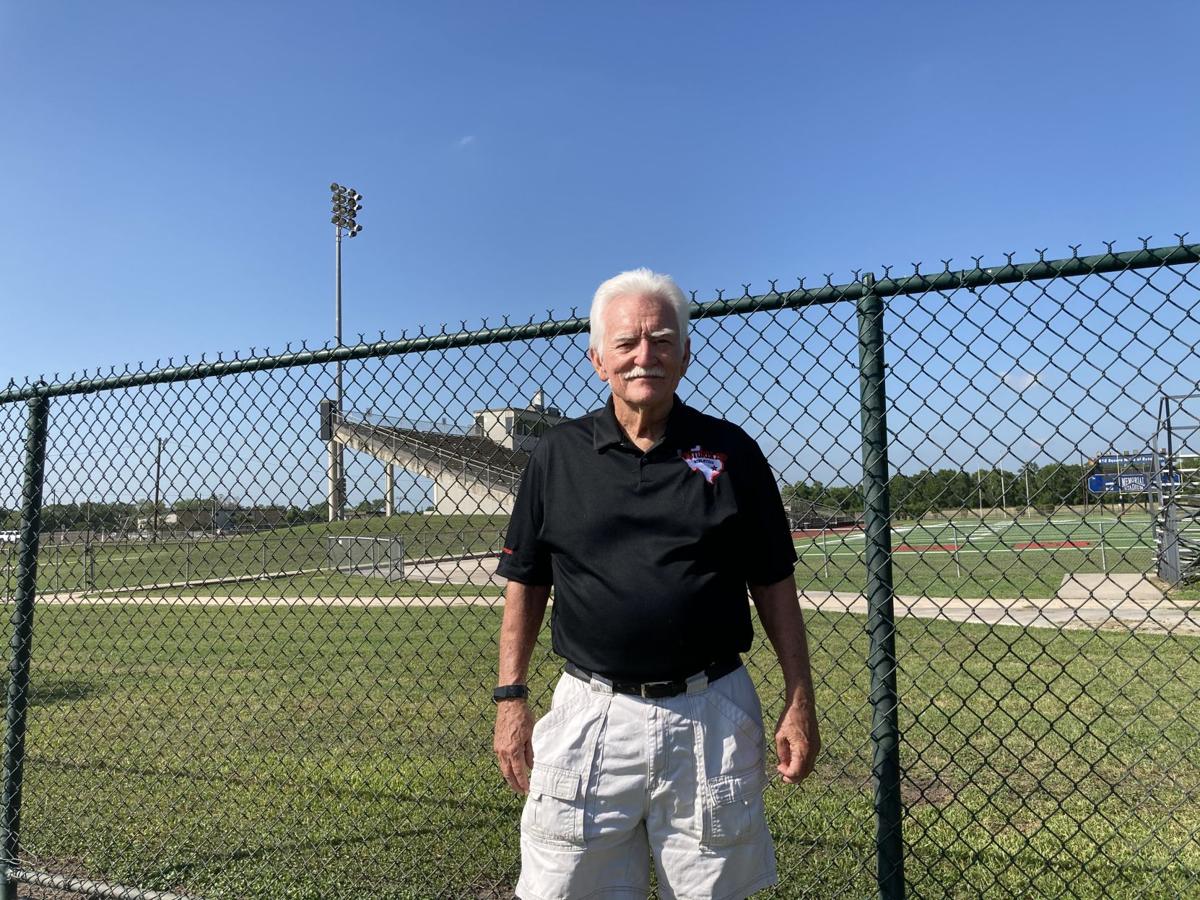 Ray Goodwin will end his three-decade stint as the voice of Memorial Stadium. 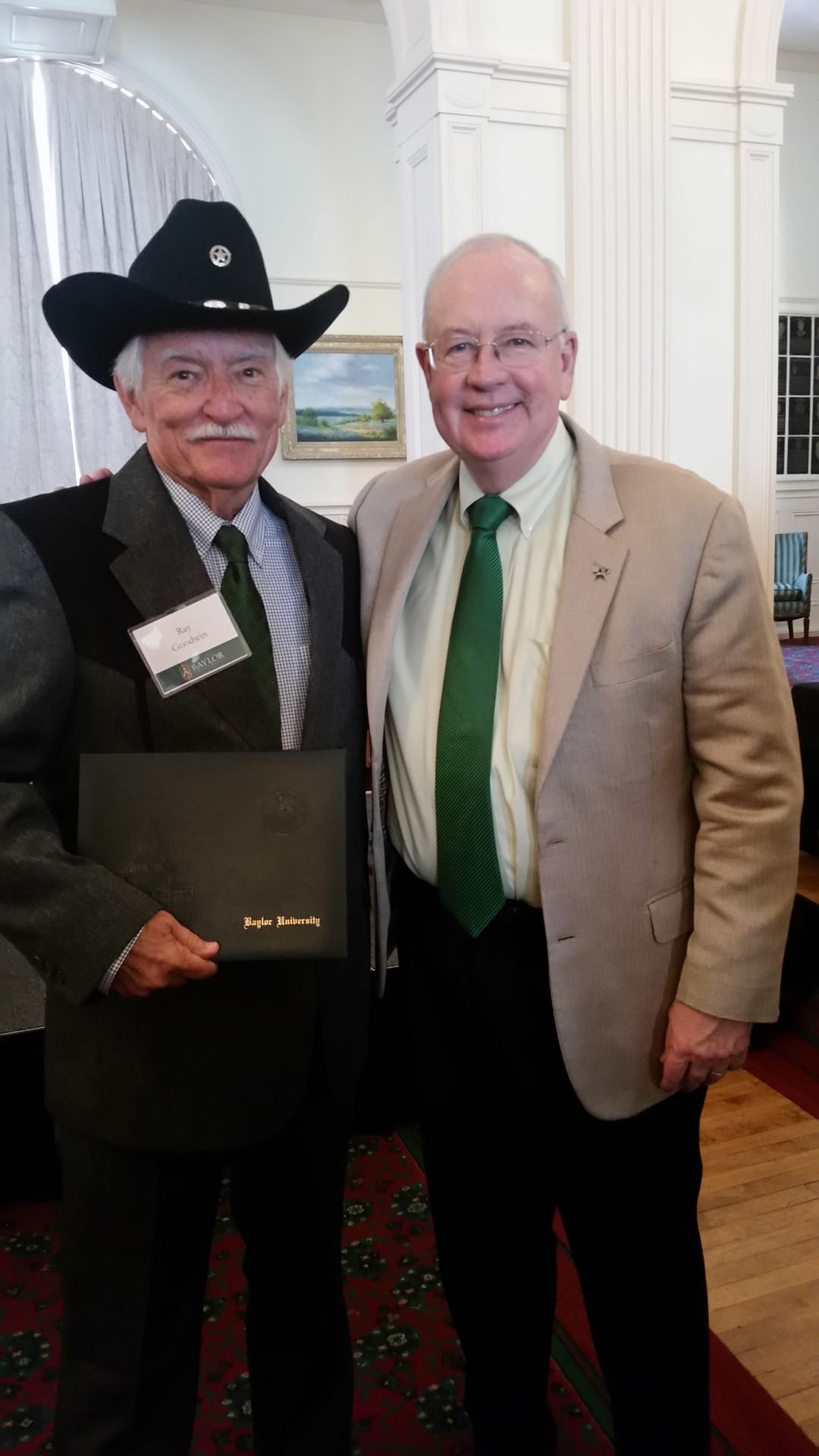 Ray Goodwin will end his three-decade stint as the voice of Memorial Stadium.

Ray Goodwin was on the field for one of his many visits with Corpus Christi Calallen coach Phil Danaher before a playoff game at Victoria’s Memorial Stadium.

Goodwin made a habit of checking in with coaches from both teams before returning to the press box to announce the game.

“The team was warming up and I saw the linemen looking at me and pointing,” Goodwin recalled. “One of them said, ‘We hear you calling our name up there.’”

Goodwin made a habit of recognizing linemen for their blocks, which was just one of the many personal touches he brought to games during his 30 years as the stadium’s public address announcer.

Brenham coach Glen West was so impressed by Goodwin’s announcing during his team’s state semifinal game against Gregory-Portland at Memorial Stadium, that he had Goodwin do the public address announcing for Brenham’s state final game the next week at the Alamodome in San Antonio.

“I looked forward to it,” Goodwin said. “It’s like with a lot of other jobs. It’s what you make of it. If you’re going to do it right, you’ve got to know what you’re doing before you do it.”

Goodwin, 77, has decided to end his three-decade stint as the voice of Memorial Stadium.

Goodwin, a 1961 Victoria High graduate, is looking forward to spending more time with his children, Billy Don, who played quarterback at Victoria High, Brandy and Bobby Joe, and his grandchildren.

Ray Goodwin is stepping down after being the PA announcer at Memorial Stadium for 30 years. pic.twitter.com/QJcjkusLSo

He will also have more time to watch his beloved Baylor Bears as a season-ticket holder in football and women’s basketball.

“I really enjoyed my time in the booth,” Goodwin said. “I started in 1990 with Mark Reeve and that was an exciting time for Stingaree football.”

Goodwin, whose dream job was becoming the play-by-play voice for the St. Louis Cardinals, was announcing baseball games at Riverside Stadium when Victoria High principal the late B.F. Erskine asked him to announce Stingarees football games when Reeve became the head coach.

Goodwin announced for Victoria High, and the late Bill McCaskill did the announcing for Stroman.

McCaskill retired and Goodwin took over full time when Victoria High and Stroman were consolidated into Memorial in 2000.

Goodwin continued as the announcer for Victoria East and Victoria West when the schools opened in 2010.

Goodwin shared the announcer’s booth with Harold Cade, John Thomas, Al Johnston, Tony Gonzales, and the late Harry Uthoff for much of his tenure.

Goodwin was the sixth person to complete the online National Association of Sports Public Address Announcers course, and studied the teams the week before the game.

“Most announcers need to be taught they’re not on television,” Goodwin said. “Their job is not to entertain. That’s the kids on the field and even the band. Their job is to inform. The less said the better.”

No decision has been made on Goodwin’s successor, according to VISD athletic director Bobby Jack Wright. But Wright knows Goodwin will be hard to replace.

“What a tremendous service to the community, to the school district and young people in the community,” Wright said. “We’re going to miss him. He did a great job. What a wonderful addition he was to the Friday night lights.”

Following are the athletic directors and head football coaches Ray Goodwin worked with during his 30 years at the public address announcer at Memorial Stadium.